10 Famous Actors You Didn’t Know Were in Slasher Movies


Crispin Glover
Famous for: Back to the Future, River’s Edge, Charlie’s Angels 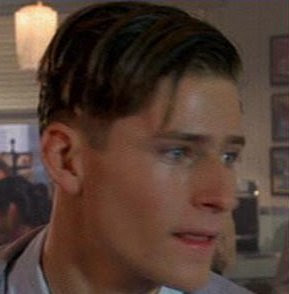 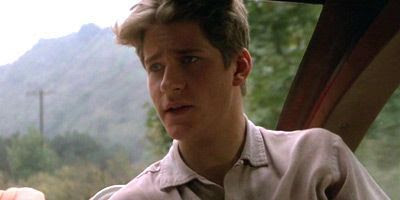 That’s right, Marty McFly’s father was a victim in Jason’s third (and definitely not final) bloodbath. Released but one year before Back to the Future, F13 4 featured Crispin Glover as Jimmy Mortimer, the virginal nerd who suffers from a relatively unique party foul - death by corkscrew.
Also check out this scene from the movie in which he proves firmly that this movie is set in the 80’s.
Corey Feldman 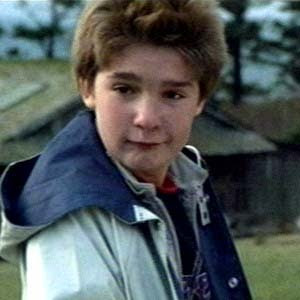 Famous for: Stand By Me, The Goonies, The Lost Boys
Skeleton in the Closet: Friday the 13th Part IV: The Final Chapter (1984) 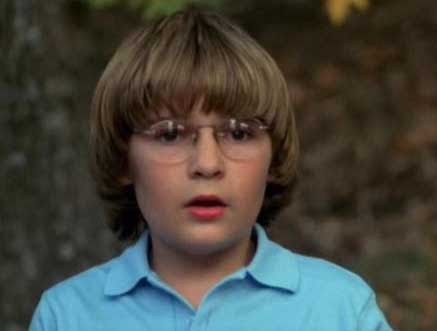 This was one star-studded movie. Corey Feldman, one of the 80’s biggest child stars originated the role of Tommy Jarvis, the only character to defeat Jason three consecutive times - this kid’s a big deal. After witnessing Jason’s latest murder spree, Tommy pulls a Britney, shaving his head, and going after the big man with his own machete. 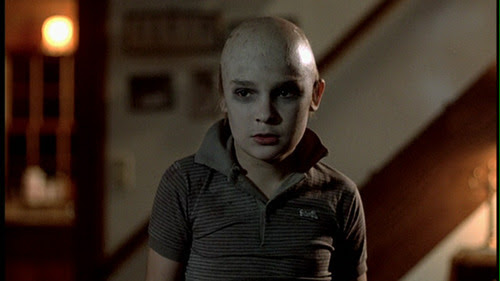 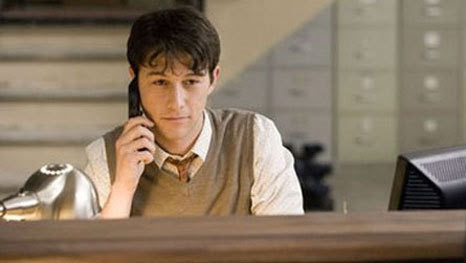 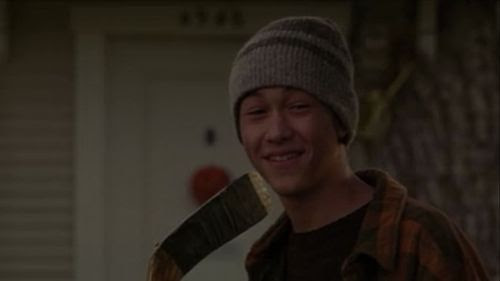 Filmed during the height of his 3rd Rock From the Sun fame, indie darling Joseph Gordon-Levitt had a stint as bad boy hockey player (I know, right?) Jimmy Howell in this sequel to Halloween II (nevermind the fact that there were four installments to the series in between the two films). I don’t want to post a picture and run the risk of causing this blog to become R-rated, but let’s just say he has an ice skate rather unceremoniously jammed into his face.
Kevin Bacon
Famous for: Mystic River, Apollo 13, Footloose, Animal House 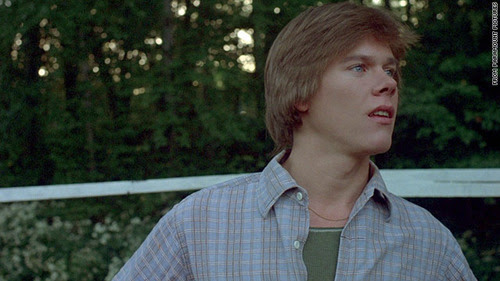 Kevin Bacon’s character, Jeff the horndog camp counselor was one of the first people to learn that the health insurance plan at Camp Crystal Lake doesn’t cover being impaled with an arrow.
Laurence Fishburne
Famous for: The Matrix Trilogy 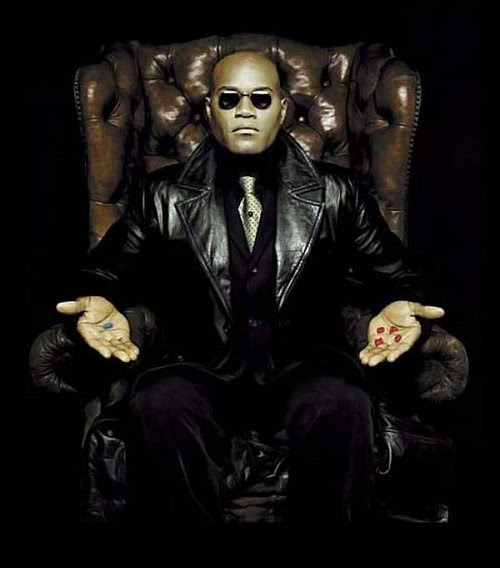 Skeleton in the Closet: A Nightmare on Elm Street 3: Dream Warriors(1987) 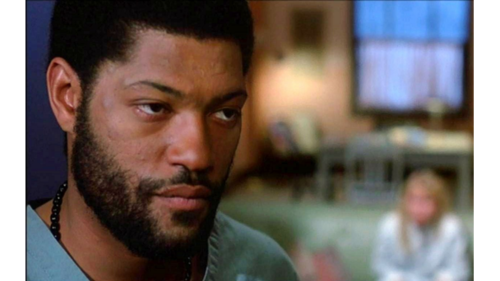 Before Morpheus was committed to his quest to find The One who could defeat the Matrix, he was a sassy orderly at the Westin Hills Psychiatric Hospital in Springwood Ohio, caring for the last of the Elm Street children. It was a very challenging position that involved delivering medication, enforcing lights out policy, and trying to protect the kids from being carved up by a clownishly wisecracking Freddy Krueger. 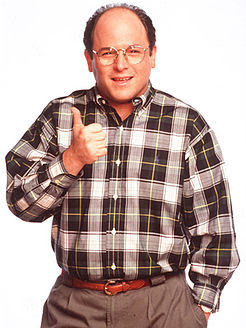 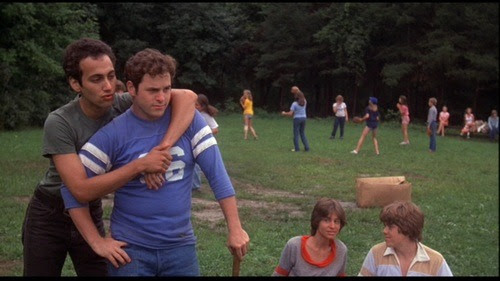 HAIR. BASEBALL. In 1981’s little-known slasher gem, The Burning, our friend best know as George Costanza could be seen as the resident cool guy at Camp Stonewater before the teenage populace was hunted down one by one (and occasionally by the raftful) by the Cropsy killer.
Paul Rudd
Famous for: Clueless, The 40-Year Old Virgin, Role Models, I Love You, Man 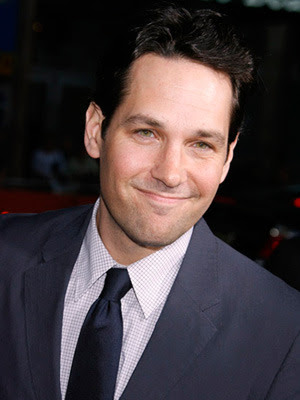 Skeleton in the Closet: Halloween 6: The Curse of Michael Myers (1995) 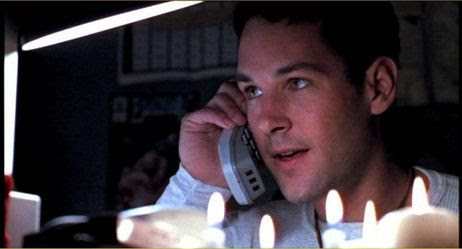 Oh, the things I would do for this man. Paul Rudd starred as a grown up Tommy Doyle, the babysittee from 1978’s Halloween. This was the last movie in the series before installments 3 to 6 were retconned by Halloween H20. Side note: Evidently the key to surviving a horror movie if you’re male is to be named Tommy. Take notes.
Johnny Depp
Famous for: 21 Jump Street, Pirates of the Caribbean, all Tim Burton movies, Sexiest Man Alive 2003 & 2009 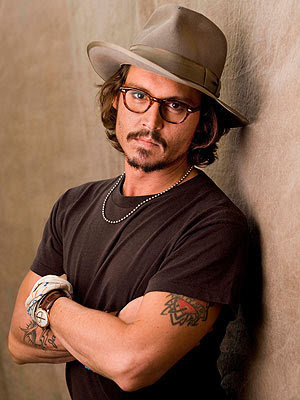 Skeleton in the Closet: A Nightmare on Elm Street (1984) 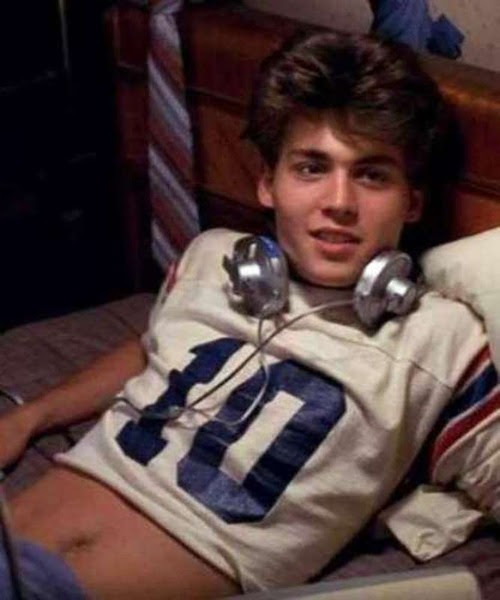 Also starring: Glorious Depp Midriff. Before his fame began by wearing pale makeup and funny hats, Johnny Depp played the sexually frustrated jock boyfriend of the main character, Nancy Thompson (Heather Langenkamp). I bet she’s really regretting the fact that her character turned down his advances. Even though sex=death in these kind of movies, it’d probably be worth it.
Brad Pitt
Famous for: Thelma & Louise, Seven, Interview with the Vampire, Ocean’s 11, Fight Club, Sexiest Man Alive 1995 & 2000 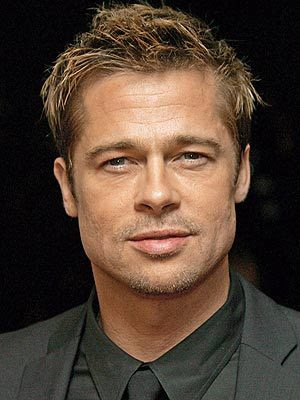 Skeleton in the Closet: Cutting Class (1989) 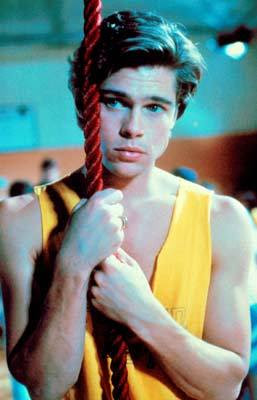 Don’t watch this movie. Seriously, I tried. The light filtering is all off and it all looks grubby and terrible. However, it’s a fun slasher romp for any Brad Pitt completist.
George Clooney
Famous for: ER, Batman & Robin, Leatherheads, Up in the Air, The Descendants, Sexiest Man Alive 1997 & 2006 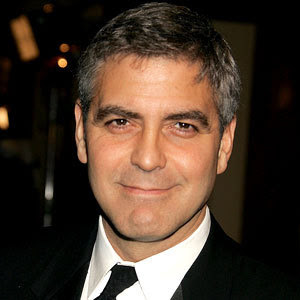 Skeleton in the Closet: Return to Horror High (1987) 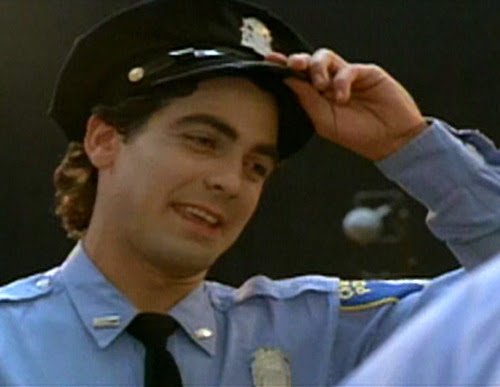 It is probably worth noting that the only three men to have ever been voted People Magazine’s Sexiest Man Alive twice are all on this list.

Make of that what you will.

George has a small role as the actor hired for his looks who leaves the movie set, only to be brutally murdered in an abandoned classroom. 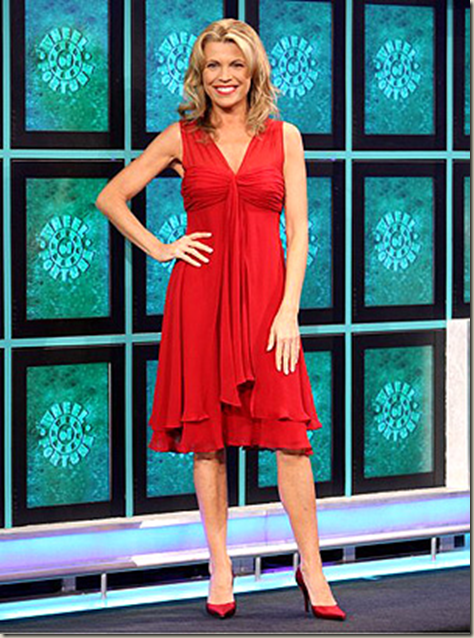 Skeleton in the Closet: Graduation Day (1981) 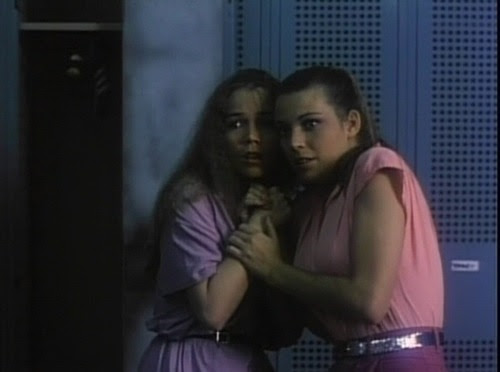 Vanna White had a minor role in Troma’s slasher snoozefest Graduation Day. Although this movie has one of the more bizarre endings of any film of the time period, it drags due to an 8-minute long rockabilly/roller disco break, awkward pacing, and weak kill scenes. Not to mention that in nearly every shot she is seen in, Vanna White is facing AWAY from the camera.
The funniest part of the movie is actually the DVD intro on the anniversary edition in which Troma executive Lloyd Kaufman says that his hat probably fell off because “[his] head is too big from giving so much head.”
This actually happened.
Word Count: 963
Also sprach Brennan at 12:02 PM