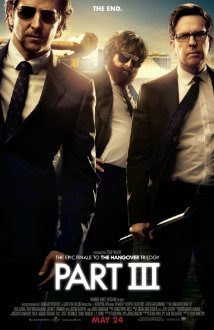 Year: 2013
Director: Todd Phillip
Cast: Bradley Cooper, Ed Helms, Zach Galifianakis
Run Time: 1 hour 40 minutes
MPAA Rating: R
Let’s start with the good. Evidently, the filmmakers listened to the critics ofThe Hangover II. The major complaints about that film were as follows:
1) It was an exact rehash of the events of the original.
2) The series unabashedly reveled in offensive frat boy comedy, relying on bodily humor, and generally being homophobic/racist/misogynistic/offensive to whatever groups those categories might have missed.
Part III’s plot certainly did manage to avoid the established Drug/Party/Hangover/Lather/Rinse/Repeat cycle of the first two, and the crude humor was at a low ebb – not entirely absent but generally not too aggressive.
Unfortunately, this was at the cost of alienating any fans the franchise might have had left. I’m in no way supporting the direction the movies were going, but by removing the elements the critics found unappealing they also removed anything that might make this film worth watching to anybody who actually enjoyed the first two.
A Hangover movie without the frat comedy is like a smore without the chocolate and marshmallow – less unhealthy but still not a satisfying treat. Without its trademark style, Part III didn’t have a leg to stand on – it’s not like there was a probing character drama hidden underneath the veneer of fat jokes. 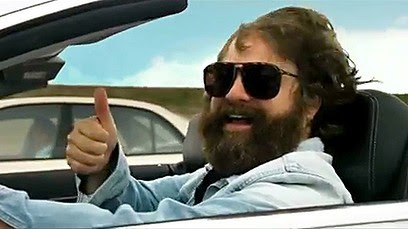 Not exactly the Meryl Streep of comedy
I suppose I can’t call this a review if I don’t briefly touch on the actual plot of the film.
Alan (Zach Galifianakis)’s lazy manchild behavior has finally gotten to his father (Jeffrey Tambor, always a welcome presence) who loses his patience and begins a tirade which ends in his collapse on the floor. Cut to that scene from the trailer where Alan sings Ave Maria, which would be funny if I hadn’t already seen it 21 times.
His sister (Sasha Barrese) decides to hold an intervention for… something? I guess? He’s off his meds. Is this intervention to get him to start taking drugs? Anyway, she invites the Wolf Pack - his friends Stu (Ed Helms), Phil (Bradley Cooper), and her husband Doug (Justin Bartha, who is tragically underused in these films – and, may I say, much more handsome than Mr. Cooper in my opinion. Sorry Aunt Jill). 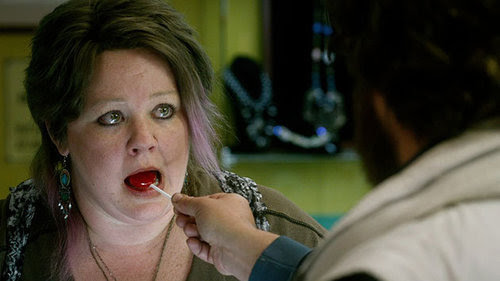 Also Melissa McCarthy is in the movie for approximately 12 seconds
So blah blah blah the Wolf Pack is driving him to the New Horizons rehabilitation center in Arizona. Before we continue, two things: First, these centers are almost always called New Horizons. I guess it’s a national chain. Second, I’m still not entirely sure why he’s going here. After some deep digging it seems that they are seeking to stop him from being such a lazy unmotivated weirdo. Correct me if I’m wrong, but this man doesn’t need rehab. He needs a firm slap in the face.
Then after some truly impressive narrative strong-arming, gang boss Marshall (John Goodman, who is phoning it in so hard that I can practically hear a dial tone) has captured Doug and is threatening to kill him if the Wolf Pack doesn’t track down Mr. Chow (Ken Jeong), who is on the run, having escaped from a Thai prison. Chow has hightailed it to Tijuana and he is the only person who knows where Marshall’s 21 million dollars of stolen gold bars are hidden.
There follows an inexplicably large number of scenes where the gang tries to drug Chow, after which he (rightly) locks them in a basement, pinning the blame for a robbery on them. They chase him back to Vegas (because of course) where he has taken up in the penthouse of Caesar’s Palace (because of course). Mr. Chow is basically a Bond villain at this point, hiding in his Evil Lair.
Anyway, things happen and the movie ends. I don’t want to spoil it and I don’t really care enough to write about it anyway. The events presented are largely devoid of discernable jokes, unless you think “haha, Alan’s a three-year-old” is so hilarious that it can carry an entire film.
The film is consistently dull, and in the patches where it isn’t, is mostly just annoying. One of the central relationships of the film is that between Alan and Chow, two lightning in a bottle characters who have no business having an entire plot built around them. At this point they are shrieking caricatures of what they used to be and prove once and for all that sometimes a bit part in a film is so effective because it is so brief. 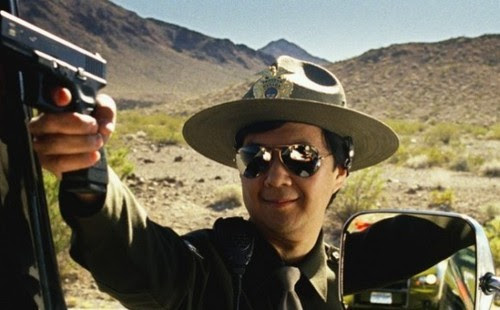 It’s funny because he’s Asian
The strongest moments of The Hangover Part III are unambiguously those that call back to the original Hangover – the sequence with Heather Graham and her son in particular is alarmingly sweet and sincere. Of course, it’s much too early to feel nostalgia for a movie that debuted in 2009, but it was a far better film than this one and the scenes allow some relief from the plodding story of Part III while also reminding us that there was once life in these listlessly jerking marionettes known as Alan, Stu, and Phil.
This film is presented as the finale to the Hangover trilogy and, assuming that box office revenue isn’t so large as to necessitate a sequel, it’s nice to finally put a nail in the coffin of this uninspired, shuffling comedy. This film will undoubtedly fade into history as a milquetoasty nothing, which I suppose is better than being universally reviled. 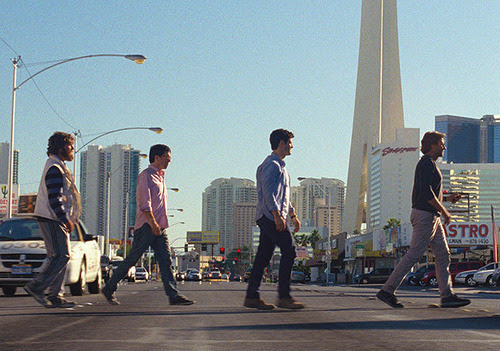 TL;DR: The Hangover Part III is the third installment to a crass comedy franchise that is neither particularly crass or particularly comedic.
Rating: 3/10
Should I spend money on this?  If you are devoted to these characters or are a member of that resolute minority group that call themselves fans ofPart II, it might be worth it to watch their storylines be tied off. If you aren’t, skip it.
Word Count: 1027
Also sprach Brennan at 12:20 PM