Something About Much Ado 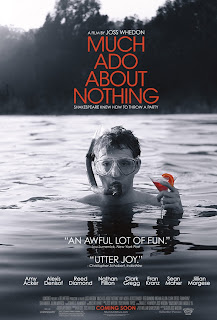 When Sergio and I saw the trailer for Joss Whedon's Shakespeare adaptation Much Ado About Nothing before The Great Gatsby, he leaned over and whispered "It looks like it was filmed in somebody's backyard." The thing is, it was.

Joss Whedon gathered a group of his friends at his home in Santa Monica and they spent twelve days shooting during his break from The Avengers, and it is very clear that they had a lot of fun. That sense of whimsy and friends just screwing around is present in every frame of Much Ado, one of Shakespeare's most domestic and low-key comedies.

Side Note: Whedon's wife suggested that, in lieu of taking a vacation for their twentieth wedding anniversary, he stay home and film this movie, which had long been a passion project of his. Wife of the Year Award right there.

Although summarizing the plot is somewhat of an undertaking, I shall give the short version. The Prince Don Pedro (Reed Diamond of Dollhouse), his brother Don John (Sean Maher of Firefly), and their friends Benedick (Alexis Denisof of Buffy and Angel) and Claudio (Fran Kranz of Dollhouse and The Cabin in the Woods) arrive home from the warfront and stay at the home of Leonato (Clark Gregg of The Avengers), his daughter Hero (Jillian Morgese of The Avengers), and her cousin Beatrice (Amy Acker of Angel, Dollhouse, and The Cabin in the Woods).

Side Note #2: Fran Kranz is a hunk, and Claudio's shirtless scene was absolutely a standout. In my research for this review, I realized that he played the weedy stoner (pun not intended, but I like it) in The Cabin in the Woods. I have no idea how he got so handsome but I would like a copy of his workout regimen. 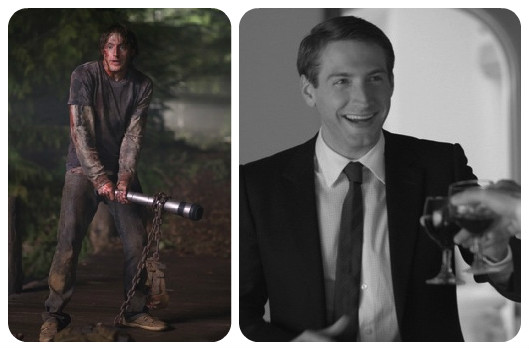 Anyway, Claudio falls instantly in love with Hero, as men in Shakespeare's plays are wont to do. The Prince decides to woo Hero for him and speaks with her father, setting up their wedding for next week. Remember they just met. Anyway. Don John is a mustache-twirlingly evil man and he hates his brother with such a passion that he makes it his project to break Hero and Claudio apart.

And while the wedding arrangements are being, well, arranged, The Prince gets bored and decides to trick Beatrice and Benedick (both of whom view each other with frequently expressed contempt) into falling in love with each other, and enlists the rest of the household to help him out. The Prince is basically a twelve year old girl.

Obviously, because it's Shakespeare, the language proves a challenge, but Much Ado is one of Shakespeare's least linguistically complex plays and it's easy enough to understand that even kids would be able to grasp the basics of the situation. Amy Acker is certainly the best with the iambic pentameter dialogue, delivering her lines in a totally natural, modern woman type of way. Alexis Denisof is another standout and, since they are the closest to what we could consider leads in the film, this is a great benefit to both understanding and entertainment. 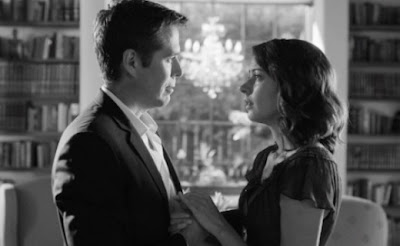 Most of the other actors are game, but some struggle with the archaic wording. Reed Diamond especially sounds like he's chewing on molasses while trying to cough up a marble. Luckily he grows into it (either that or you get used to it) and you can sit back and enjoy the situations unraveling without wanting to take a hole punch to your eardrums.

Whedon was very faithful to the original text; The only alterations he made were some abridgments and one understandable switch ("If I do not love her, I am a Jew" to "...I am a fool"). Although another offensive line about Ethiop's is used to great effect in a visual gag.

And, like most textually faithful Shakespeare adaptations, this is where the comedy comes in full force. The visual comedy is tremendous, with some inspired slapstick on the parts of Acker and Denisof (man, that dude is spry), and sight gags involving iPhones and Sprinkles cupcakes. These touches save the film from being another plodding retread of a much-repeated story. 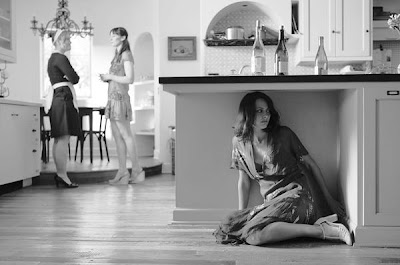 Two of the most laugh-out-loud funny scenes of the movie revolve around the inept constable Dogberry (Nathan Fillion of Firefly and Dr. Horrible's Sing-Along Blog) and his partner Verges (Tom Lenk of Buffy, Cabin in the Woods, and my wedding fantasies). These characters are the comic relief (from the other comedy) and their timing is impeccable. Also in on the fun are the two watchmen, played by Brian McElhany and Nick Kocher (of the web comedy duo BriTANicK who have worked with both Joss Whedon and Nathan Fillion previously). I seriously can't get enough of their timing, and I'm just gonna move on before I say "timing" again. 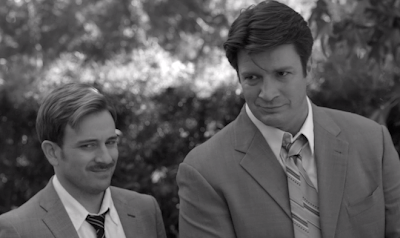 Now it's time to talk about another standout, Jillian Morgese. Her story is one for the film history books.  A struggling New York actor, she got a job as an extra on the set of The Avengers as a waitress in the scene where the city is being destroyed by an army of rampaging aliens. Joss Whedon asked her if she could be scared. She said yes. He asked if she could break down and cry. Of course.

"Now I just need you to look back at the destruction and give up on your life."

She impressed Whedon so much that he cast her as Hero in his film. And it's easy to see what he saw. She has an inherent star quality that just draws you in. As Hero, she is meek and virginal and she is totally believable in those qualities, but her manner has such a strong presence that your eye is drawn to her in every scene she appears in. 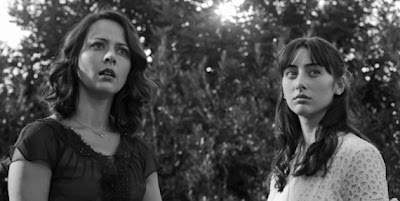 The film is shot in slick black and white, with classy white fadeouts in between each act. The production values are incredible considering that it was shot for approximately the price of a Big Mac. The one element that isn't as consistently strong as the rest is the camera work, which is mostly fine but occasionally shudders as if the cameraman tripped and nobody bothered to fix it.

However, this doesn't happen quite enough to be a major flaw, and the movie is a lot of fun for Shakespeare and Whedonverse fans alike. It doesn't take itself seriously at all, so it's hard to ascribe monumental artistic value to it, but it is a project of such unflagging joy that it's almost impossible not to like.

TL;DR: Much Ado About Nothing is a piece of fluff, but is one of the best modernizations of Shakespeare to date.
Rating: 7/10
Should I Spend Money On This? Yes, because Joss Whedon and his friends doing anything is worth a peek.
Word Count: 1161
Also sprach Brennan at 9:56 AM