B Is For Best Friends

Day 2 of the Blogging From A to Z Challenge and going strong! Let's see how long I can keep this up!

Here are some mini reviews of two of my closest friends' favorite movies!

First up is my friend Brenna's pick - Disney's long-delayed (and long-forgotten) sequel to MGM's The Wizard of Oz, which was released all the way back in 1939. Not only does it hold the record for most years between a film and its sequel, it also claims the title of Most Distressingly Terrifying Movie Ostensibly For Children, awarded by the Academy of Brennan.

Remember I've showed my little sister A Nightmare on Elm Street, Friday the 13th, and Final Destination so I'm not too keen on censorship but I think I'd wait a couple years to show any youngster this film. This is not a drill. Return To Oz is some seriously screwy stuff and it's all pretty great in a totally incomprehensible mid-80's type of way.

Young Dorothy Gale (Fairuza Balk) has returned to a post-tornado Kansas and her ravings about the mystical land of Oz don't do much to convince people that she's perfectly healthy and sane. After putting up with this for some time, her Auntie Em (Piper Laurie), one of those imagination-crushing adults that hates to see little kids be creative, takes her to get some good old fashioned shock treatment. 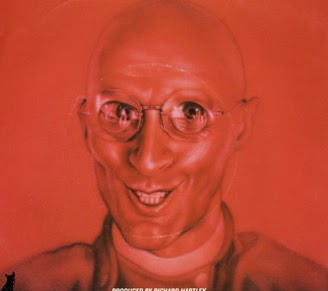 No, not that kind. Not that I'd mind.

After the machine fails during a thunderstorm, Dorothy makes a break for it, propelled by the screams of the tormented brain-fried patients locked in the basement. I wasn't kidding when I said this was dark stuff. With the evil Head Nurse chasing after her, she leaps into a flooding river and gets washed right back to Oz.

There she makes friends with Tik-Tok (Sean Barrett), a portly robot with wind-up gears, Jack Pumpkinhead (Brian Henson), a rail-thin Jack-O-Lantern with a mommy complex, the Gump (Lyle Conway), a strapped-together pile of junk furniture given the bittersweet gift of life by magic powder, and her very own farm chicken Billina (Denise Bryer), newly minted with the power of speech.

Their newfound mission is to save the Emerald City and Dorothy's copyright dodging friends (like the Scarecrow*) from the Nome King (Nicol Williamson), who has turned everyone to stone. But to get to his mountain, they must first cross the Deadly Desert which turns anybody who touches it into sand and get past the Wheelers, evil rolling creatures on stilts.

Nothing about this film is magical and colorful in the way that the original film is. This is a new Oz, the burnt wreckage of the paradise it used to be. This is a dark, dark film but it's full of charming lunacy despite nearly every character and situation being fueled by existential horror (as exemplified by the fact that when Dorothy finally returns to Kansas, the Mad Doctor who nearly deep fried her has perished in the storm - how many kids films legitimately kill off their characters? This is no cleaned up "falling off a cliff" scenario. They straight up murdered this guy).

Honestly, if I was anything like Walter Murch, this is probably the type of film I would want to direct. This is a man whose "Rule of Six" is taught in every editing class in America. I'm talking a superstar in the editing game. I've had to read his book in three classes already, and one of them was for cinematography!

If I had that kind of reach within my field and was given the chance to direct just one film in my career, I too would choose a twisted and idiosyncratic film like this one. Why not have fun with it? You have one shot. It's not like you can screw it up.

So, although I don't have the childhood connection with the film that drives Brenna's deep, abiding love for the film, I certainly do have a lot of respect for the twisted little thing. 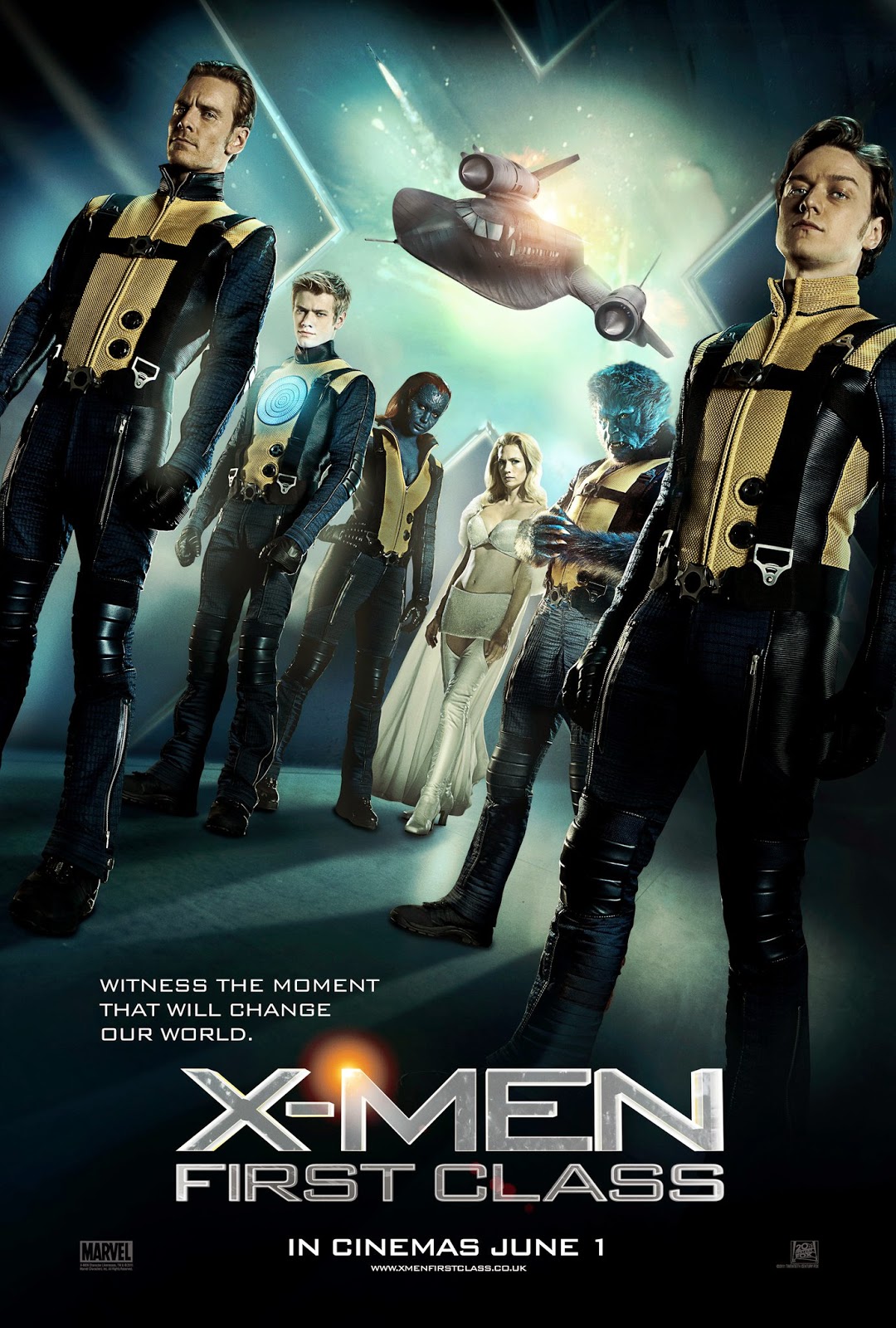 Next up is one of Henry's favorites - the tale of way back when Professor X and Magneto were young and hot. Now, I've been a longtime fan of the X-Men (and of Shawn Ashmore's face) so I've seen the entire main trilogy and that dumb Wolverine spinoff, but somehow I missed this film for quite some time. That was quite a shame because it's really a wonderful prequel with some massively interesting implications on the world of everybody's favorite mutants.

When Sebastian Shaw (Kevin Bacon with a surprisingly flawless accent in German), an ex-Nazi starts stirring up trouble overseas, young telepath Charles Xavier (James McAvoy) and his new team of teen mutants gathered together by the CIA join forces with Erik Lensherr (Michael Fassbender), a concentration camp survivor with a grudge.

To prevent Shaw from starting a nuclear war and absorbing the energy from the bombs to become all powerful and lead a new world of super-mutants, the team must overcome interpersonal strife and accept the powers that separate them from the world at large in order to save it. It's all a very lovely (GAY) metaphor for (GAY) struggling to fit in with the (GAY) world that made you but doesn't accept who you are.

After some teen mutant hijinks and a whole mountain of sizzling homoerotic tension between Fassbender and McAvoy, the film turns into an incredibly tense action flick as the newly christened X-Men clamor to defuse nothing less than the Cuban Missile Crisis, only slightly altered for the sake of the film.

Using a true life historical event is a risky gamble in a film that also contains a stripper with butterfly wings, but it absolutely works, ramping up the tension to an unbearable degree thanks to the collective cultural fear of nuclear war that this period in American history left behind. It's incredibly brave and undeniably works on the level of grounding this story in its own reality (as well as our own, more or less) and keeping the stakes as high as can possibly be.

When the X-Men interact with history, as they have before with (obviously) the Holocaust, is when they are at their strongest, showcasing the strengths and weaknesses of society in a carefully controlled heightened reality. This film is about facing our inner evil and discovering our true natures in the grand scheme of history. It can't fail to resonate with every single viewer because this story about mutants finds its core in what it means to be a human. Fantastic work.