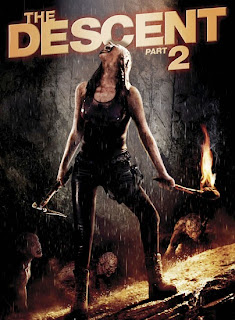 The opening shot of The Descent Part 2 immediately retcons aspects of the original. This is perhaps the quickest a sequel has managed to show that it will be a step down from its predecessor.

It appears to be set after the inferior (and less bleak) US ending to The Descent as lone survivor Sarah Carter (Macdonald) is rescued after escaping a cave filled with brutal torment and the screams of her fallen sisters. Evidently Sarah has immediately forgotten the events of the past 24 hours and I sigh a sigh of surrender as I allow the movie to run as fast as it can from the arena of its terrifying ancestor, the music soaring in a manner oddly reminiscent of Les Misérables.

Evidently one of Sarah's obviously British friends was the senator's niece and a search party is being organized to find the missing spelunkers. Equipped with a brand new hyperbolically Scottish accent (that sounds exactly like the trailer for Pixar's Brave), Sarah is sent back down into the cave system with the rescuers in an attempt to jog her memory and help them find her friends.

Although this intro disappointingly ignores nearly every major plot point of The Descent, I am willing to let it be what it is. Unfortunately, its central concept seems to be "make things exactly the same, only worse." 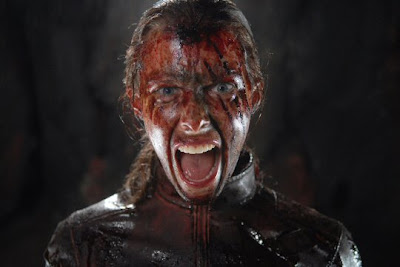 This is a very close mirror of an iconic shot from the original, yet it lacks any sort of emotional resonance, terror, or well... anything. Consider this a metaphor for the entire film. 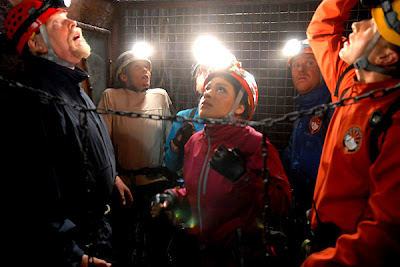 The team heads down into a dark mineshaft to find a makeshift entrance into the cave system. This is surprisingly easy, considering how hard it was to escape last time. No, I will not stop griping. Let me have this.

The characters this time around are much less fleshed-out and the penis ratio has risen considerably - from 0 to 50%. The members of the search team are mostly cyphers with qualities like "I'm a spelunker!", "I'm a terrible human being!", or "We're boning maybe!" The only character who has any sort of personality is Sarah (who pretty much immediately regresses to her savage state from the first film), and even she is mostly one note, with virtually all of her "character moments" relying on us remembering other, better moments from the original.

Basically my notes on this movie are mostly me complaining like an old man getting an insurance physical. I'll try to consolidate them into this one last paragraph of grumpiness. The caves are so brightly lit that it makes you wonder why it's so hard for them to find sunlight. The falling rocks are clearly made of foam. There's some weird herky jerky Danny Boyle effect on the footage of the monsters and their make-up is much less convincing. There is more gore, but to less effect. A major gore shot is repeated on two different characters. Goodness knows why, because it wasn't very strong in the first place. They reuse the footage of the best scare in the original right before attempting a similar scare. The monsters are way too visible for way too much of the time. The theme of motherhood and the loss of a child is almost completely absent until the final scene - and even then it's more of a throwaway attempt to connect to anything from the superior film. People won't shut up, even when they know the monsters track them via sound. The ending is stupid. That's all I'm gonna say about that.

And that was the longest paragraph in my review. 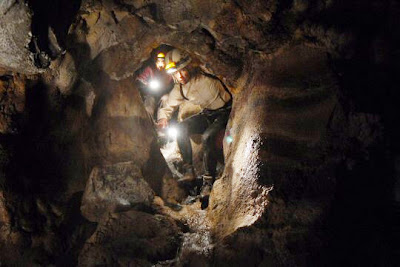 I hear a noise! It sounds like a college student crying.

Really, The Descent Part 2 wasn't all bad. It was still a mostly effective scary movie. Unfortunately being attached to the Descent name, although it is profitable, invites unfavorable comparisons. This is one of those movies that I wish I had made - not because it's good, but because I feel that there is a gem of a movie hidden in here that the filmmakers just couldn't discover. 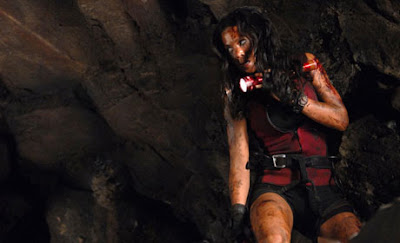 Why are you still alive? OK, nevermind, you look great.