It's been a while since I've featured another writer on the pages of this blog, but why be stingy? It's always nice to have a guest star. Today's very special article introduces Shannon, one of my very best friends, in her Popcorn Culture debut as she writes about her introduction to horror (I am not ashamed to admit that I appear heavily in this tale) and why scary movies make the perfect date nights, along with some personal recommendations.


Horror with your Honey:
Why a Week of Scary Movie Dates are Beneficial to a Relationship, and Where to Start

I had never seen a single horror movie before meeting Brennan Klein. All of a sudden, by signing a contact of friendship, I was his go-to movie date for all the classics and everything in between (Literally everything, I cannot tell you the weird horror movies I have seen thanks to him— not complaining).

Luckily (or so I thought), Brennan met someone else who is now responsible for watching horror movies from Spain about someone chopping pieces of students and then piecing them back together into a monster. Initially I was slightly relieved to pass the torch to his boo, but now, in reflection, I miss him dragging me into a movie starring Lee Pace with a title I had never heard of.

[Editor's note: She is referring to Pieces and Possession, the former a great/terrible slasher movie and the latter a decent psychological ghost/possession piece.]

Because if you and another person were stranded on an island, in scary, deadly conditions, and you get rescued, only that other person can understand the trauma you went through, and thus you and that person have a magical, singular bond because of a horrific experience.

Brennan and I became best friends because we went through the mini-traumas that these horror movies are. Horror is like a roller coaster that pumps adrenaline and dopamine into our systems, and we get off the ride a little closer than before.

So, when you reach that part of your relationship when you are looking at Fandango trying to decide between a sappy romance or some indie flick with subtitles, close your browser and turn on Netflix, because nothing could be better for a relationship than a solid injection of horror.

Now whether you are a horror movie buff like Brennan, a gorehound like me, or a novice on the scary front like I was two years ago, these movies I have selected hit a multitude of the bases.

Allow me to introduce the perfect introduction-horror-movie-date-night-movies!

Movie Cluster #1 : The original trifecta of horror, and its sequel
(watch in this order for the best effect) 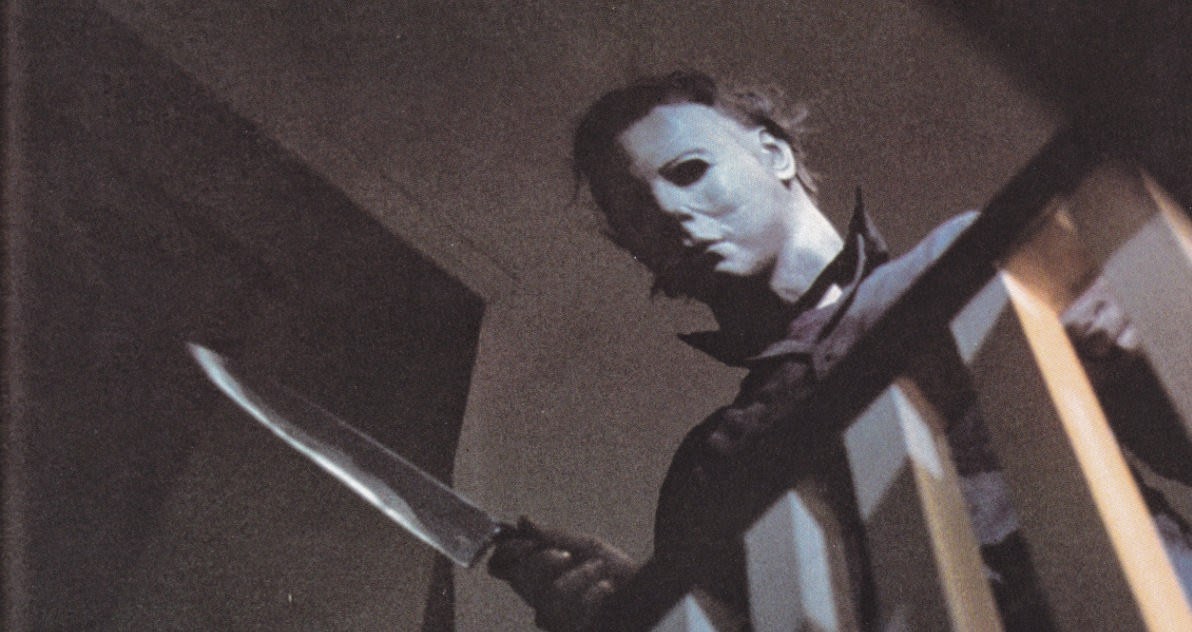 Why this movie:
Horror movies used to be about tiny budgets, shadows, and masks. John Carpenter (who I met with Brennan) knows this better than anyone else, and which is why the rather tame, theatrical Halloween is my first choice. You get an introduction to the Scream Queen (now better known for her Activia commercials) Jamie Lee Curtis, get to look evil in it’s face, and is not scary enough to make you want to give up on horror as a genre. 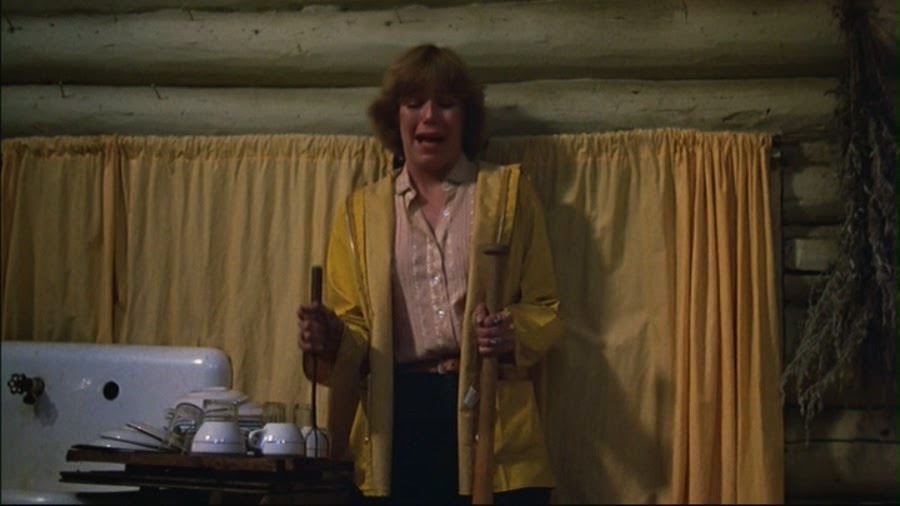 Why this movie (Writing about this one without spoilers is hard):
While this movie is no Revenge of the Unhappy Campers (if you have seen that movie, email me), it is the greatest introduction, and arguably just the greatest camp-genre horror movie. One of a major aspects of the horror genre in general is the fact that people are in a contained area when the monster decides to pick off victims one-by-one, and what better buffet is there than kids at a summer camp? Plus, Kevin Bacon is in it. Just watch it. 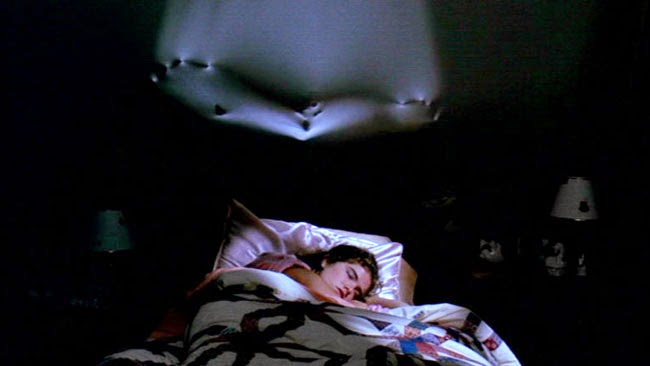 Why this movie:
Wes Craven (who I also met with Brennan) has a really weird mind, as you will see in this movie. Unlike Halloween which is a psychological slasher and Friday which is a classic camp kid killing spree, Nightmare goes beyond the fathomable, into a world one could only dream of— or should I say nightmare. Freddy Krueger is probably the most well known of the three horror baddie front runners, maybe for his complex past or simply his use of wonderful puns. Or maybe it’s because he’s the only one of the three that actually speaks… Also, young Johnny Depp. 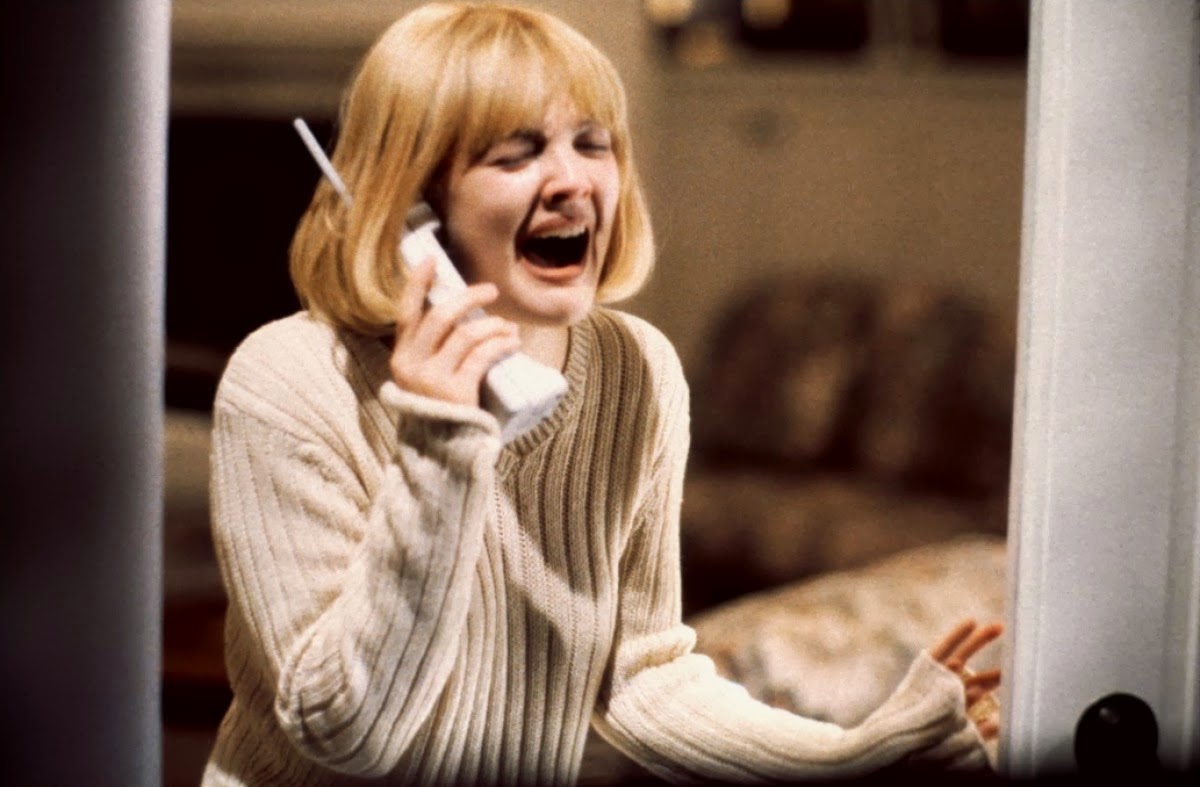 Why this movie:
Kevin Williamson basically wrote fan fiction about the three original horror classics and Wes Craven made it amazing. Craven reintroduced horror in the 90s. I was one of those kids who had no idea why everyone was so obsessed with ghost face costumes (keep in mind that I didn’t see a horror film until college) and now I am so bummed because I want to own one. I guess that’s what the internet is for… But in all seriousness, Scream is a perfect watch for a couple who just watched the original three, because together you can point out the references to other horror films that this movie makes, and point out all the stars who were just kids back then, and point out most importantly the horrible 90s fashion.

[For my lengthy review of this film, click here.]

Movie Cluster #2: The other bases (watch any order, but be prepared) 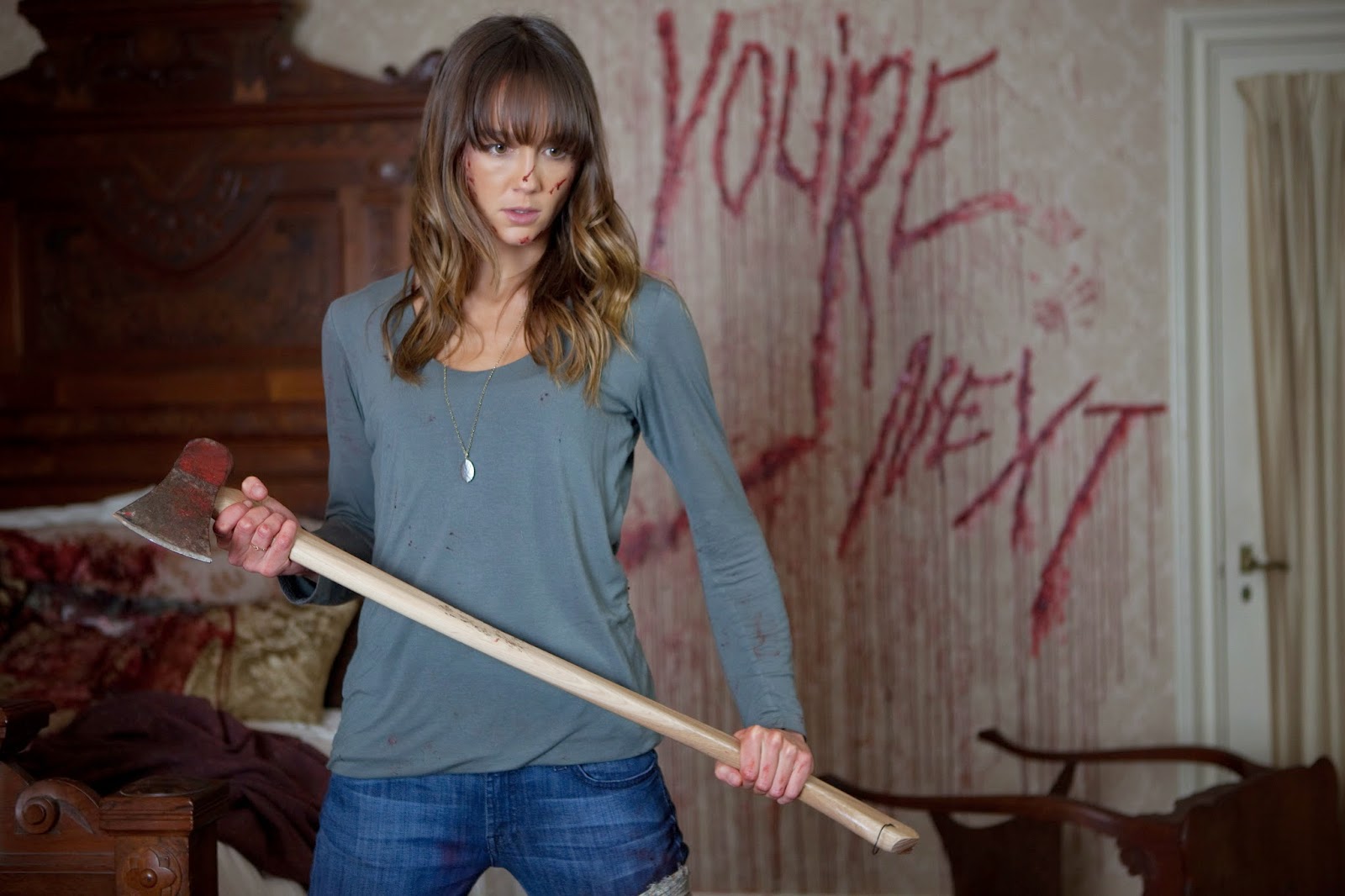 Why this movie:
Modern day badass Australian chick visits her boyfriend's family and they start getting killed off in their old family house. It’s essentially a great survival story up to par with classic horror but without the horrible 80s hair-dos. 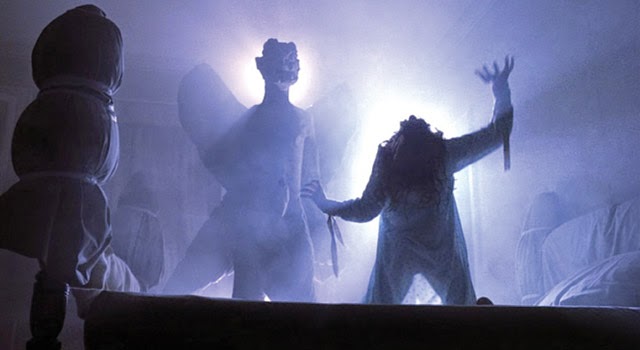 Why this movie:
In my opinion, this is the scariest of them all. This is a possession/ghost sort of horror film, and a classic one at that. For it being the oldest on the list, this movie has the most intense special effects. It is also super perfect for couples, because every time someone decides to walk up those stairs, you will need a hand to hold. And then once the credits roll, you two can both celebrate surviving the possession of Linda Blair.

This concludes the introduction to horror and the conception of a long lasting relationship.

And if things don’t work out, maybe you could use some of the skills you’ve learned from these horror films for other things…

Thanks for reading, everybody! If you have any opinions on these picks and/or how a horror movie has changed your relationship, please sound off in the comments below. I'm sure Shannon will be patrolling the comments section like a mad hound. If any of these films have piqued your interest, I can offer further recommendations. Have a nice day!
Word Count: 1281
Also sprach Brennan at 12:33 PM