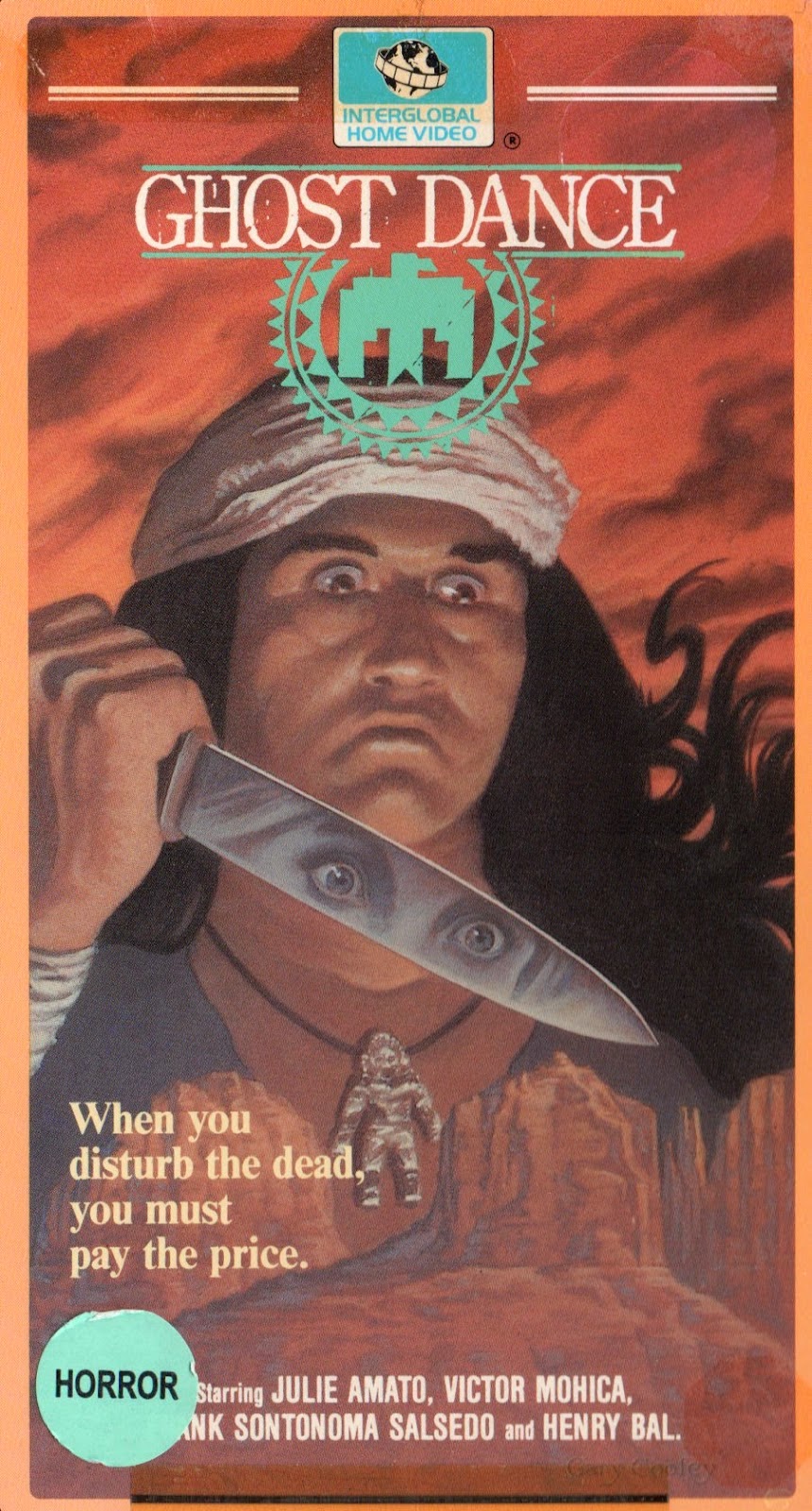 Guys, I'm so excited! I only have one 1980 film left after this! I mean, it's all in Italian with no subtitles but still! 1980 is so close to being done. It's been quite a ride just to get this far and the slasher genre will only grow more twisted and gnarly as the decade goes on. Thank you for sticking with me this far! Census Bloodbath is one of my favorite projects that I've done, it's been a lot of fun sitting through these crappy-ass movies for both personal enlightenment and for the power and insight to recommend some hidden gems once I reach the end.

One of these lower tier hidden gems is the topic of today's review, The Ghost Dance. It's no masterpiece and I wouldn't recommend it to anybody but the most hardcore slasher fans (not hardcore as in gorehound, hardcore as in "I can sit through hours of murky cinematography because that's how much I love this genre."), but it's certainly a unique supernatural entry a couple years before this kind of stuff was in vogue. 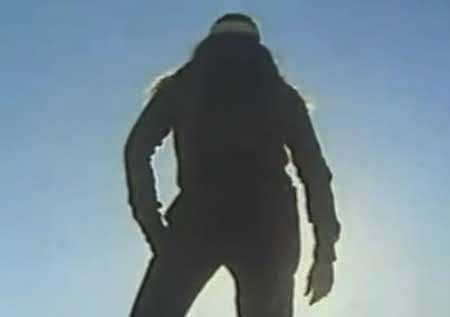 The Ghost Dance follows anthropology professor Kay Foster (Julie Amato) as she attempts to deal with the consequences of her dig at a Native American reservation. On the one side, she fights protests from the locals and her whitewashed boyfriend Tom Eagle (Victor Mohica, who had a small part in the same year's Don't Answer the Phone). On the other, the body she recently unearthed is that of murder cult leader Nahala, who possesses the body of local medicine man Aranjo (Henry Bal) to resume his reign of terror over the land.

This being a 1980 slasher film, the rules of the game were still falling into place, so there isn't a lot of Expendable Meat lying around that exists for the sole purpose of being offed in unusual ways. Fortunately there are still plenty of characters to toss at our Native American warrior spirit, they just generally have more narrative thrust than your typical slasher victims. Not that this is a complaint, I suppose. It just muddies up my structure a bit.

First we have Paul (James Andronica), one of Kay's coworkers and a very helpful source of information about the history of Nahala and his crimes. Then there's Ocacio (Frank Salsedo), a reclusive old man who is believed to have mystical powers. And finally there's Carol (Patricia Albrecht), Kay's secretary, and Rick (J. Christopher Senter), Carol's exotic photographer lover, two of the most expendable cast members who get the most typical (and enjoyable) slasher scene of all - Bang in an old car, die one by one in a museum. 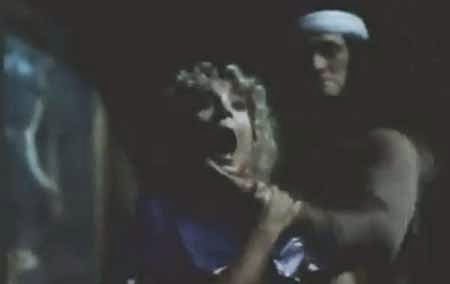 So Kay begins to have visions of Nahala that slowly drive her mad as she and Paul desperately try to unearth the ghost's motives and Tom just kinda hangs out in the background. For the first two acts, he's offscreen for the bulk of the scenes but feels everpresent because Kay literally won't shut up about him. It's always "Oh, I just got off the phone with Tom" or "Oh, Tom is gonna pick me up" or "Oh, I need to wait for Tom to show up before I investigate." We need a spinoff about Tom. Why is he always late? Where is he? What is he doing there? Who is he wearing?

I say this because unfortunately Kay is an aggressively bland protagonist, despite Julie Amato's above average performance, somehow grounding a casual realism in a character who actually has to speak the words "I've never been so frightened" aloud. Readers at home, say that sentence out loud. Now ignore the people looking at you like you just grew horns and focus on how stilted it sounds. Trust me, swallowing that line is a massive accomplishment. 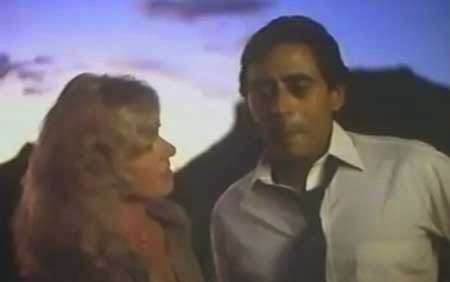 The mythical Tom in his natural habitat.

Aside from Julie there are few good things about The Ghost Dance, although the parts that are good are startlingly solid and there's enough elements that are intriguing merely for their presence in the subgenre that the film just barely manages to stay afloat.

Second things first, this film does some tremendously interesting things with Native American representation. I mean, it's still a film about a white woman being chased by a tribal warrior possessing the body of a medicine man, but it is surprisingly keen on teaching the viewer about Native American mythology even when it has nothing to do with the plot at hand. This is a flaw cinematically, but a real plus in a thoroughly whitewashed genre. And I've never seen a film with a higher ratio of truly Native American actors. The fact that the film plays it straight and never descends into camp makes it a less entertaining watch, but treats the culture with the seriousness it deserves.

Man, the more I think about it, the more the film's strengths seem like weaknesses.

The one inarguably good scene in the entire film is the Final Girl sequence, the pivotal scene which can make or break a slasher movie. Although it takes place long before the film's natural ending, it is deliciously tense and contains what I can unambiguously refer to as imagery, when possessed Aranjo stands before a display of birds of prey and the wings appear to spread from his back. It's a terrific scene and most of the points this film got from me are predicated entirely on that one section. 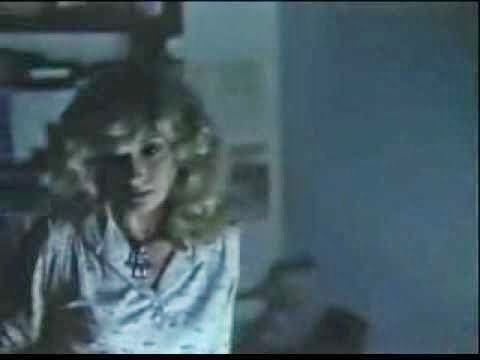 That and her glorious 80's hair.

And luckily the kills are halfway decent, just bloody enough to be worth the effort but not so involved as to expose the flick's feeble budget. Unluckily, the film crawls along at a snail's pace after a brief barrage of nasty kills in the opening half hour. And with that we move into my favorite part of reviewing any slasher film - the bad.

This film is intriguing, but man oh man is it just full of terrible decisions on every level. Film tip: Nighttime shots aren't moody if the entire frame is black. That's not a mood. That's just the void. There are no emotions in the void. Fun Fact: Cinematographer Fred Murphy would later shoot Freddy vs. Jason. Make of that what you will.

Like I already said, the use of Native American mythology doesn't go anywhere, but perhaps even more damaging is the fact that in not a single scene does Dr. Foster use her knowledge of anthropology to help her out in any capacity. She's just your typical hapless horror victim who happens to teach a class relevant to her tormentors but handily forgets that any time Nahala shows up. She's like Drew Barrymore in 50 First Dates if Adam Sandler was played by an angry tribal priest (I would watch that movie).

The film's attempts at backstory and universe-building fall flat (a black cat that the camera places heavy importance on only serves as an introduction to a shower scene, Tom's half-remembered backstory is a truckload of nonsense) and the mummified corpse looks oddly like Tommy Wiseau on a hot day.

So maybe I should backtrack a bit. I don't recommend this movie to anybody. But if you're forced at gunpoint to pick a random slasher from 1980 to watch to completion, The Ghost Dance is at least palatable rather than actively rancid.

Killer: Nahala/Aranjo (Henry Bal)
Final Girl: Dr. Kay Foster (Julie Amato)
Best Kill: My favorite is probably the abrupt dog mauling that occurs almost instantly after another kill, catching both myself and Lena's poor friend off guard.
Sign of the Times: Despite being a professed expert in the field, Dr. Foster still resolutely calls the Native Americans "Indians."
Scariest Moment: The final chase in the museum still packs a punch.
Weirdest Moment: Ocacio attempts to banish the spirit by hissing at it.
Champion Dialogue: "She will take your life and put it in the basket on her back."
Body Count: 9; including the human vessel used by the killer.
TL;DR: The Ghost Dance is a murky slasher film but has some points of genre interest.
Rating: 4/10
Word Count: 1439
Also sprach Brennan at 12:27 PM