Welcome back to Fright Flashback, where every week until the end of summer we will visit an older horror film that is in some way a spiritual precursor to an upcoming new release. This week we are anticipating Earth to Echo, a found footage E.T. throwback. In celebration, We'll be revisiting The Blair Witch Project, the most influential found footage picture of all time. 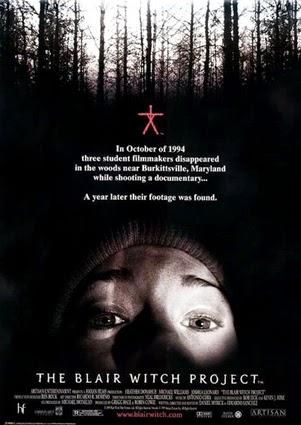 
There is no film that caused more of a stir in the late 90's than The Blair Witch Project, and for good reason. The horror genre had been languishing for an entire decade and change. It was briefly reinvigorated by the release of Scream, but had since returned to increasingly low-rent slasher knockoffs. It was as if the entire genre was taking a deep breath, waiting for the moment when all of a sudden this mysterious little nanobudget found footage flick burst onto the scene and became a massive phenomenon.

Contrary to popular belief (most facts about this film are contrary to popular belief), Blair Witch is not the first found footage horror film. No, that distinction goes to the notorious Cannibal Holocaust, an Italian film so realistic that the director was arrested shortly after its release. A few more entries in the genre were released in the decade that followed, but time has long since forgotten them.

But when you're earning over ten thousand dollars per dollar you spent on a film, you're not gonna be dithering about subgenre history. 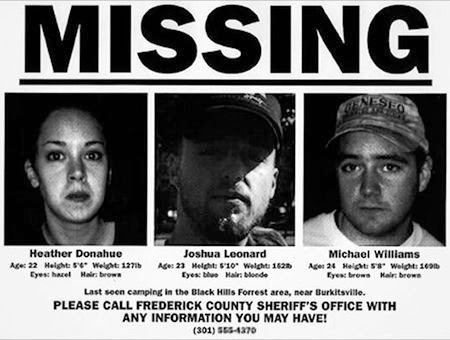 It saves a lot of budget money if your cast isn't around to collect their salaries.

Which allows me to effortlessly segue into the brilliant mechanism that made Blair Witch explode the way it did. The ingenious viral promotional campaign was among the first of its kind, utilizing the young Internet in a way that blew the lid off of everything people knew about film advertisement.

Trailers? Posters? Press releases? Screw that! Rig them with dynamite and knock them off a cliff! Sure, in actuality the film had all these things, but what really made the people take notice, grabbing them by the throats and pulling them in, was the internet campaign. It all started with a web site detailing the history of the Blair Witch "myth," detailing the exploits of this fabled creature through history, finishing up with the story of three student filmmakers who vanished in the Maryland woods in October 1994 when attempting to shoot a documentary about her.

As the film neared completion, more information was added to the web site about new evidence - the discovery of two cameras around the area where the three kids vanished. According to the page, the families of the three students tearfully requested that the footage of their final days be compiled together to hopefully suss out the truth about their fate.

This was revolutionary. For those who grew up out of the influence of this film, it's perhaps a little hard to believe looking from a place of millenial cynicism, but to nearly everybody during the first few weeks of Blair Witch's run, this film was real. I mean, even their IMDb pages read "missing, presumed dead." This was a time before most people had even figured out how to put signatures on their emails and the filmmakers were creating an entirely immersive online universe. It blindsided absolutely everyone. 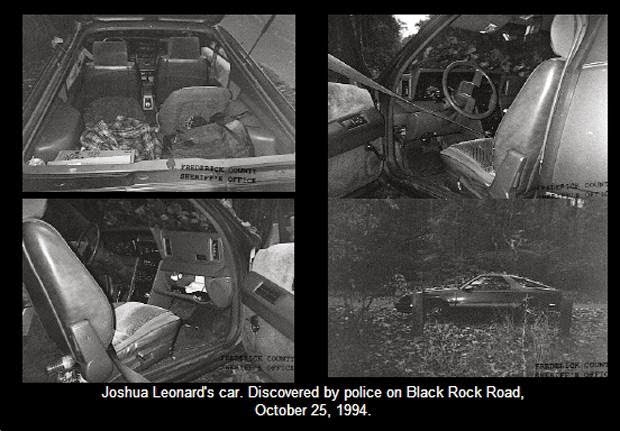 I was two and a half months old when these photos took place. There is no evidence to the contrary that the Blair Witch was not an infant. The investigation is ongoing.

Blair Witch was one of the very first horror films I ever watched when I was starting to get into them (at the extreme level that I am today) in the Summer of 2011. Revisiting it three years later, my goal was to determine - out of all the influence and power that the film had over its audience - what of that actually shows up onscreen when the film is taken by itself, devoid of context.

The truth is, it isn't very much. It's not an out and out terrible film like some contrarians have complained in recent years, but without its immensely successful promotional campaign, the film wouldn't have made a splash at all.

The Blair Witch Project is the story of Heather (Heather Donahue), a young film student whose pet project is a documentary about the local legend of the Blair Witch. The intrepid young lass intends to camp out in the woods around Burkittsville, the city formally known as Blair, and see what cool footage she can get. She ropes her grunge-to-capacity friend Josh (Joshua Leonard) into helping her shoot it and he brings his friend Mike (Michael C. Williams) along to work audio.

It goes without saying that they never find their way back. 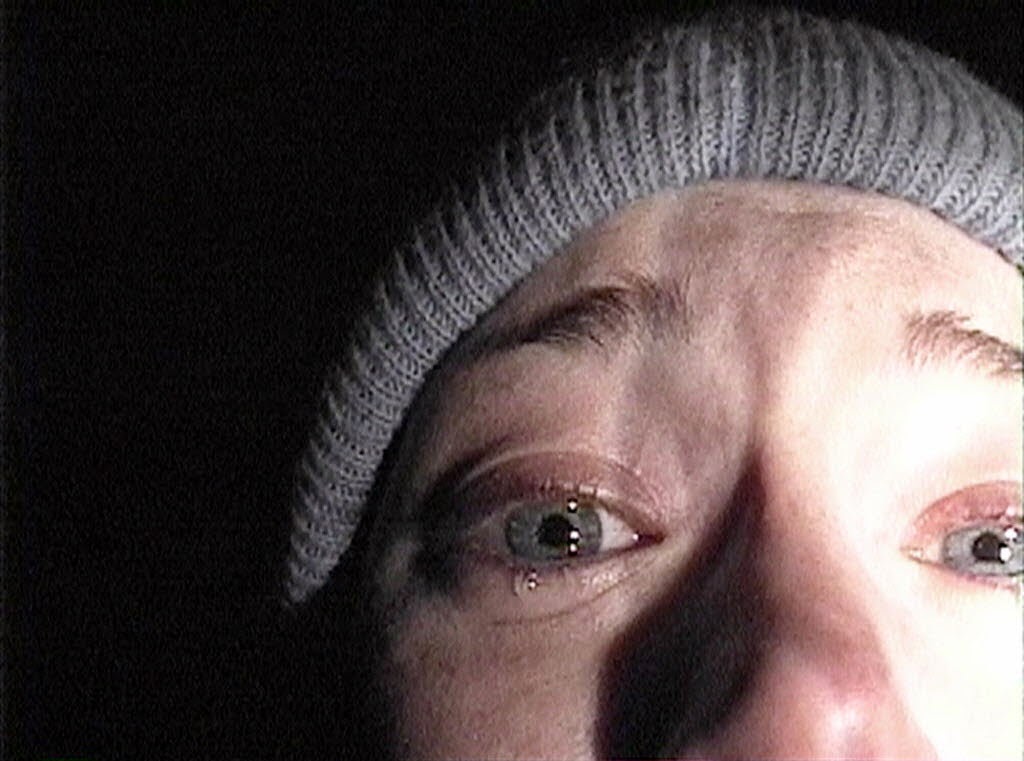 Come on, don't cry. It's not even spoilers, we just talked about it.

Right off the bat, there are several things the film does very well. First and foremost, it creates credible characters in its student documentary team, an incredibly important accomplishment considering that these three are the only characters onscreen throughout the entire film after minute 13. This is compounded by the found footage aspect which, like no other film after it, fully succeeds at using its cinéma vérité style to create depth and realism.

They're not the most likable characters in the world, but likability is something far different from reality. These are young men and women with their own sets of foibles (Mike is a little too hotheaded, Josh is kind of clueless, Heather is self-important and thinks she has all the answers), which lends credence to the conceit that this footage is nonficition. I can attest, I sat next to girls like Heather and guys like Josh all semester.

(WARNING: WE ARE ENTERING SPOILERS TERRITORY. I DON'T SPOIL THE END OR ANYTHING - I'M NOT AN IDIOT. BUT IF YOU HAVEN'T SEEN THE FILM, STOP HERE. IT IS VERY IMPORTANT THAT YOU GO IN NOT KNOWING WHAT I HAVE TO SAY ABOUT THE REST OF THE FILM.) 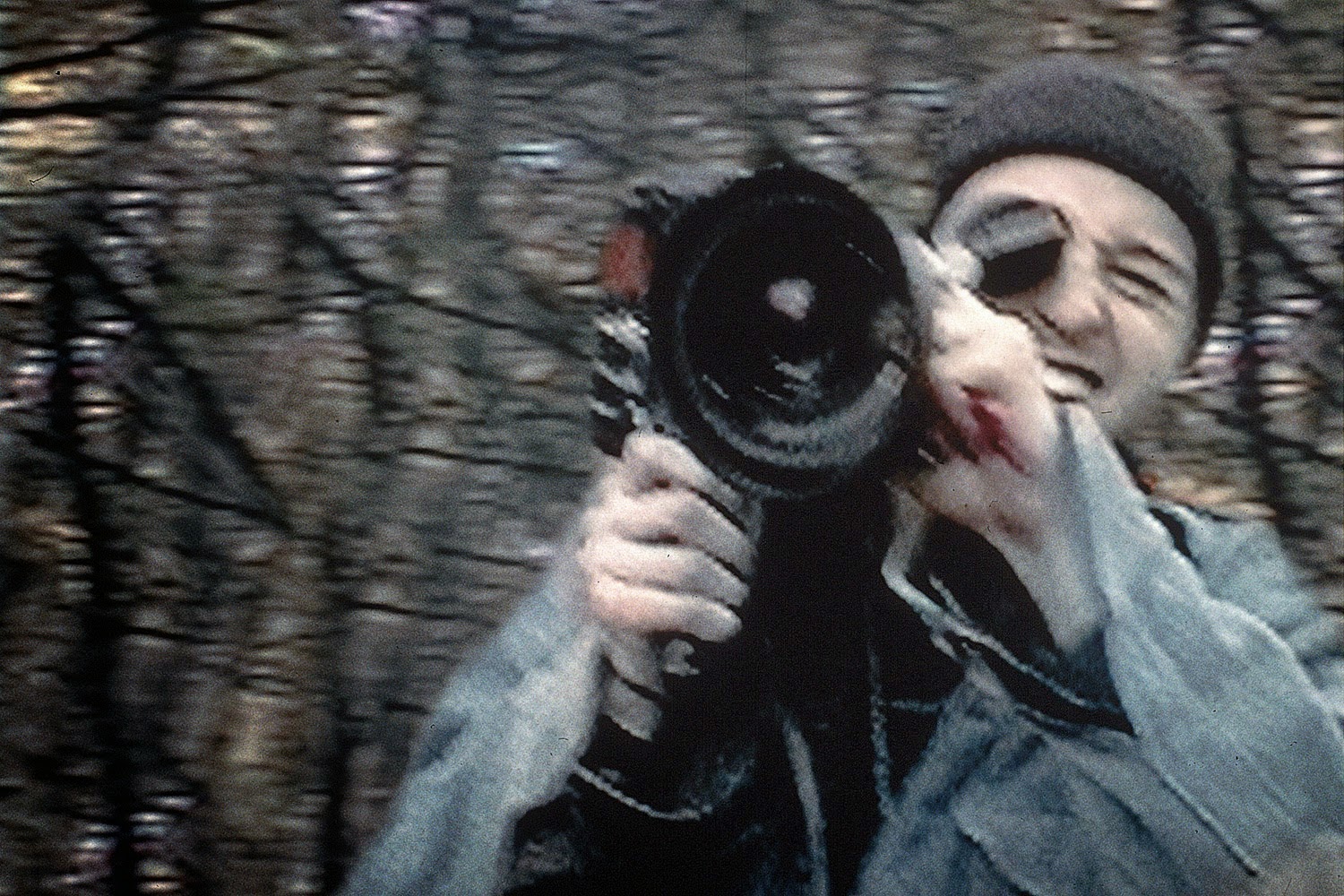 Get that camera out of here. This is a spoiling zone.

Sitting next to those students was just as tortuous as the middle third of the film turns out to be. Although Blair Witch handles its scare sequences with hardscrabble tact and grace (this film works much on the same level as The Descent, introducing a primary danger - being lost - to keep the audience on their toes before ever even hinting at the secondary, more perilous danger - the witch or, you know, whatever), those sequences only work exactly once.

Due to the film's reliance on the power of suggestion for its scares rather than anything visual whatsoever, the film's rewatch value is nil. I'm not claiming that we needed to see the witch for the film to be effective and the "creepy noises" scenes are still creepy, but after one viewing of the film, it's difficult to latch onto the scenario once more with the forehand knowledge that nothing is actually going to happen.

Instead the film becomes a dire slog between listless scare scenes, punctuated with endless arguments. The beginning and the end are still tremendous, but the core of the film just isn't there upon revisitation. The lack of budget really shows and the seams become exposed. Blair Witch is a phenomenon, and I invite all who haven't seen it to appreciate the magic of an initial viewing, but it's not worth sitting through a second time - there's nothing to the film beyond its basic campfire scares.

Its simplicity ends up killing it and it becomes far too easy for the mind to wander after the initial shock has worn off. So yes, it's still a classic. It's a fascinating tentpole in the horror history of the late 20th century. But you won't catch me at any revival screenings searching for hidden meaning. It's just not there.

TL;DR: The Blair Witch Project gets its magic from the cultural phenomenon, not what appears onscreen.
Rating: 6/10