The City Of Love 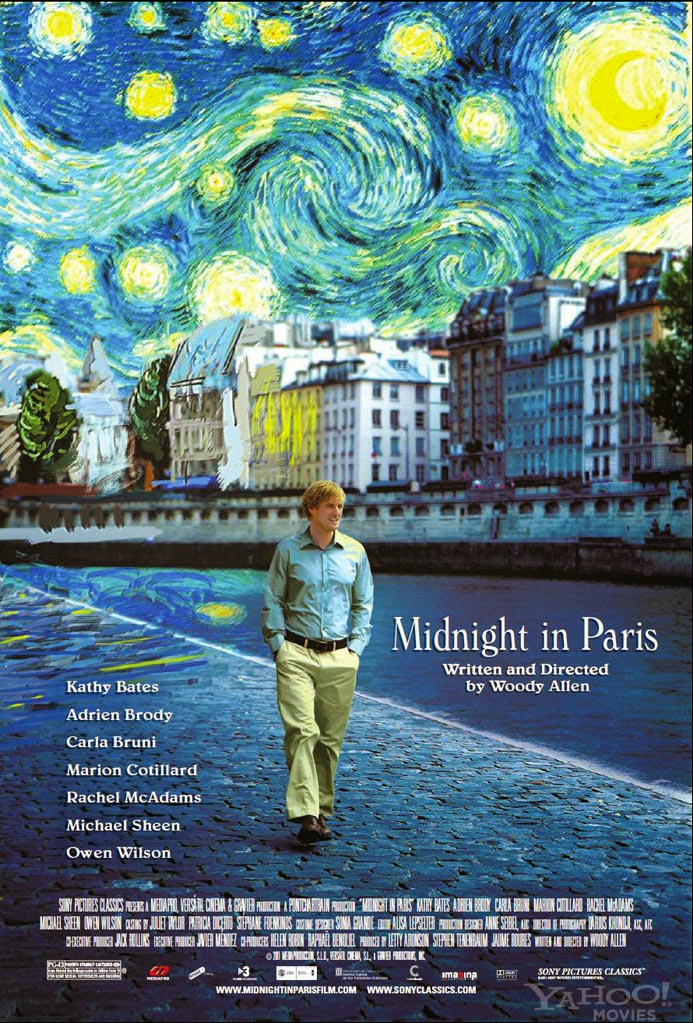 Sergio and I have a sort of deal worked out. Whenever I force him to watch one of my idiosyncratic movies (most recently, the superbly deranged American Gothic) he gets to pick one of his. Call it cinematic karma. It's also a great way for me to catch up on films that I missed that I never might have seen otherwise. This Fourth of July's pick was Woody Allen's Midnight in Paris.

Now I'll admit this film isn't catering to my tastes but Sergio, ironically being a better film student than Yours Truly despite studying Econ, does know how to pick 'em. Only the second Woody Allen film I've seen (See? I'm a terrible film student), Midnight in Paris does an excellent job of creating a mood of lush romanticism even if it isn't equally good at anything else it does. 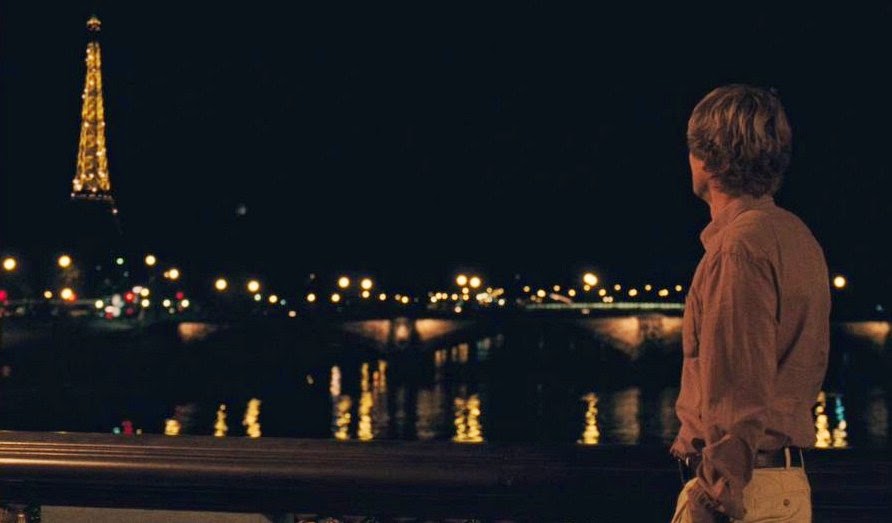 It's hard not to make Paris look stunning. You could literally just point your camera at a trash can for 40 minutes.

Opening with a solid three minutes (About 3% of the total run time) of Parisian scenery, the film exposes its loyalties at the outset. Midnight in Paris is first and foremost a love letter to Paris, France, only reluctantly operating as a narrative out of a sense of duty, being a 90 minute feature film and all.

It tells the tale of one Gil Pender (Owen Wilson), a successful Hollywood screenwriter who is visiting Paris with his fiancée Inez (Rachel McAdams) and her bourgie parents. He falls in love with the city and wants to move to Paris while he works on his novel about a man who owns a nostalgia shop (a wafer-thin analogue for himself, a self-professed adorer of Paris in the 1920's).

Inez and her parents object, largely because they view Paris as a tourist destination where one can shop and lord their pseudo-intellectualism over one another, as embodied in the outrageously smarmy Paul (Michael Sheen), a friend who runs into them during their stay and acts as a sort of tour guide / permanent douche installation.

An unfulfilled Gil goes out walking one night and discovers an old fashioned car that comes by every night at midnight, transporting him to the city's heyday in the 1920's where he can cavort with such grand historical figures as F. Scott Fitzgerald (Tom Hiddleston - a strange choice but he does a good job of it), Ernest Hemingway (Corey Stoll -all glowering menace), Gertrude Stein (Kathy Bates - terrific, but hardly reaching), and a rhinocerous-obsessed Salvador Dalí (Adrien Brody - who absolutely delivers in what hardly even amounts to a cameo). 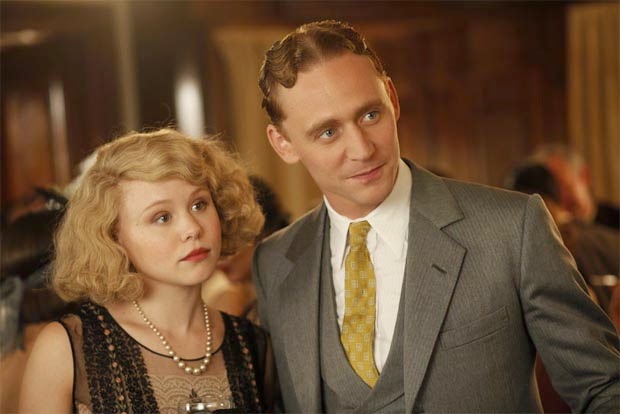 I know it's authentic, but is that hair really necessary?

Every night, Gil returns to the Roaring Twenties as he grows increasingly detached from the shrewish Inez, who is such a one-note harpy that it's ridiculously difficult to believe that their relationship could have even sustained itself this long. Don't shoot the messenger, blame the screenwriter. He begins to fall in love with a girlfriend of Picasso's, Adriana (Marion Cotillard) whom he meets when delivering his book to Gertrude Stein to be proofread.

Thus begins a cross-dimensional love triangle with the singular theme that, no matter where or when you are, it's easy to become fixated on the past and romanticize bygone eras out of proportion of their actual merits. This is certainly a valid theme, especially when applied to this narrative structure, but the meandering plot supports no structure but the creation of mood.

Now, a solid mood is a great thing for a film to have, but without much more to back it up, Midnight in Paris won't be ending up on my DVD shelf anytime soon. It's a tremendous accomplishment, but one that doesn't resonate with me personally as much as it would with others. Myself, I prefer a film to provoke more precise responses in the audience rather than a general romantic blanket, as visually represented by the copious yellow filtering thrown over the entire project - a quick peek through my Instagram indicates that the cinematographer was most likely using "Kelvin." 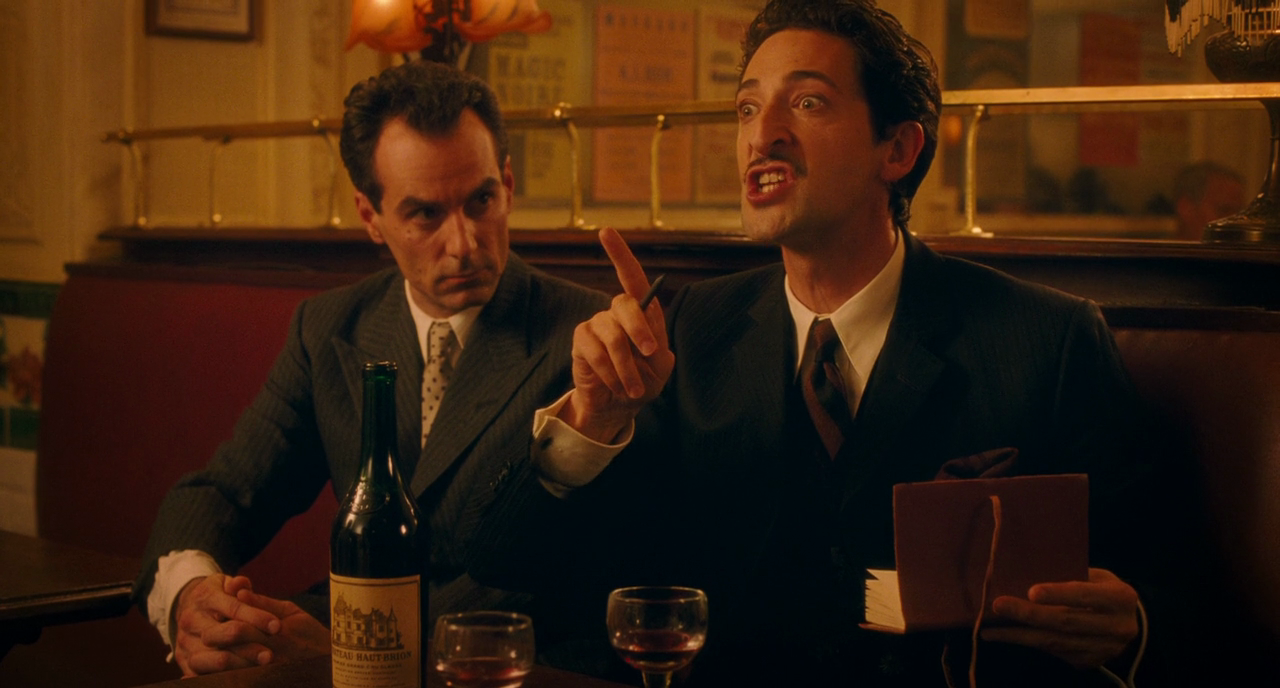 This is the kind of in-depth cinematic insight that keeps you coming back for more.

A brief glimmer of conflict flashes across the screen at the one hour mark, but flits away as quickly as it appears. Because this film isn't about conflict. It's about love. Love for a person, love for a city, love for a bygone age. And in this respect it is tremendously successful.

It is my personal opinion that the screenplay is a tad self-indulgent and messy (Including an excerpt from Gil's book that is supposed to impress us - always a risky move for a screenwriter, trying to come up with something profound and literary. Because Woody Allen is Woody Allen he thinks he can do whatever he wants. It falls short. Turns out, writing books is hard.) and falls apart a little when you stop to think about why Gil's car takes him 90 years in the past, but Adriana's only takes her 30, or how Gil professes to come from the 2000th millenium.

But those are all cruel nitpicks of a film that, overall, isn't about any of those things. It's not about the mechanics of the time travel or the intricacies of the story. It just wants to present gorgeous Paris in all its splendor over as many eras as it can, and at that it is an unparalleled work in this decade.