Having bored friends is great for providing content. Today my good friend Shannon returns after the glowing success of her first Popcorn Culture feature with a piece about weirdness on film.

Let’s be honest: most people value their time and decide to spend it only watching fun, entertaining, insightful films. And then there’s Brennan, who gets an equal kick out of wasting, I mean investing, his time in any movie, almost purposefully being drawn to especially bad ones. I mentioned in my last submission to Brennan’s glorious blog that Brennan and I have watched some pretty strange movies together… some of which were his fault and some of which were not. Still, I thought that I should write another post and this time feature some of these movies that put the horrible in horror. Here are the five weirdest movies I have ever watched with Brennan, enjoy!

[EN: I do not endorse that ALL of these movies are horrible. Disclaimer: The opinions represented in this post do not necessarily reflect those of the blog author.]

The Five Weirdest Movies Brennan Has Made Me Watch 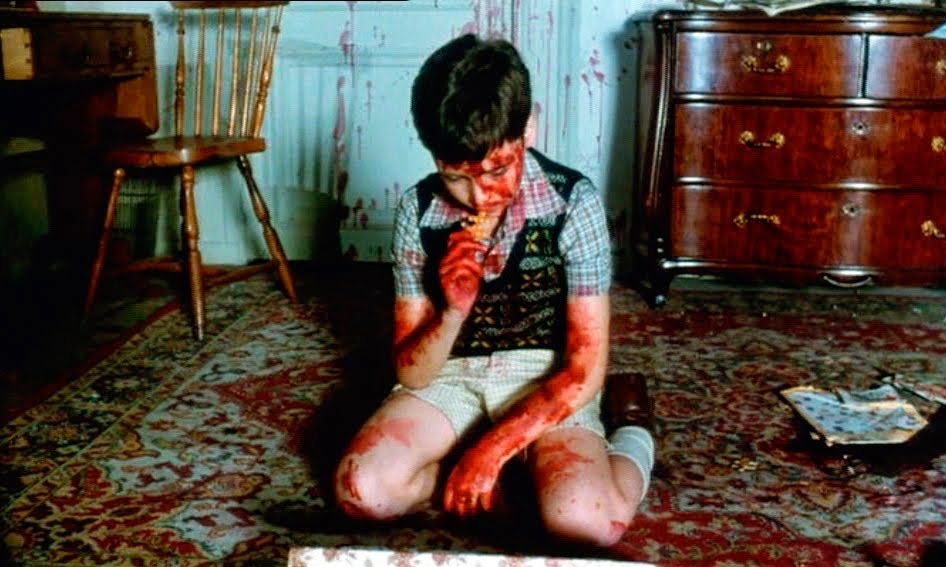 Brennan is always better at explaining this than I am, but essentially this movie is the Tacatá of movies, because like the club hit (and one of Brennan's and my favorite jams), it is a movie performed in one language but made by men from a different country who really have no need or business making a movie in a different, non-native language. It would be like if Brennan and I deciding to accomplish both our film homework and our Spanish homework in one project. Basically, it just sucks. So the dialogue in this movie is horrible, or amazing, depending on how you look at it.

[EN: Amazing is how I look at it. Pieces is one of the more electrifying bad movies with gonzo performances and a bonkers final shot. You can look forward to seeing it soon in Census Bloodbath!]

Brennan and I watched this when I arrived home after a weekend Ultimate Frisbee tournament, and I was spent. So naturally I fell dead asleep in the middle of this horror classic. But even the fifteen minutes (give or take) that I saw of the movie was enough to dub this one of the weirdest movies. All I remember is ballet, (which is weird enough) and a girl getting thrown out of a window into a room full of needles. Why does a ballet academy have a room chock-full of needles? I would find that kind of need-less, wouldn’t you? (har har). But then again, when you have a ballet studio run by witches, I feel like needles would be the least of their worries.

[EN: Oh Shannon, your puns are worse than my dad's. This is the one film on this list that I view as an artistic masterwork. You can check out my review here.] 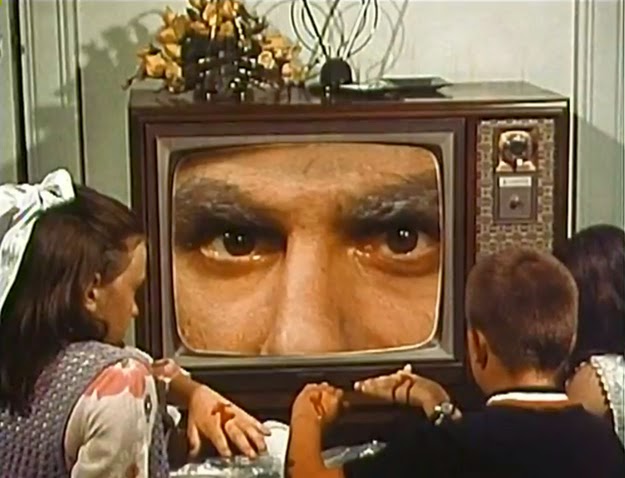 I was really excited to see this movie! Brennan got it off of Netflix as a gift watch for me because he knew that I love the 2009 indie hit Juno, in which the main characters have a rather heated discussion comparing Dario Argento movies (Suspiria, see above) to Herschel Gordon Lewis movies, specifically The Wizard of Gore. As it was said in Juno, The Wizard of Gore did indeed have “buckets of goo.” However, it also had a thin plot and lots of loooooooong monologues by the Wizard himself. Instead of a heart, or a brain, or courage, this Wizard only awarded major gaping saw wounds in his “volunteers.” The adaptation is equally weird, but I think more entertaining, and not as slow.

[EN: You're welcome Shannon for showing you all the Juno films. Check out my review of Wizard of Gore here and its remake here.] 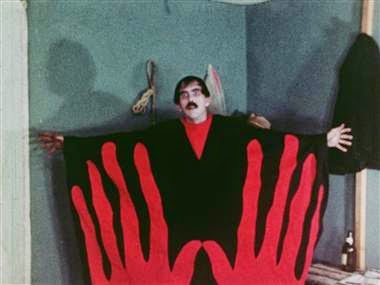 The camera could only take 27 seconds of film at a time. That should be enough to put this on the list, but you may as well add the overall weirdness of the plot and the strange Dracula-esque dude who collects wives like polygamy was going out of style. The ending of Manos is unfortunately amazing, which makes me kind of sad that I put this on the list, but then again this movie is indeed really freaking weird, so here it will stay.

[EN: Not for nothing is Manos the most popular episode of Mystery Science Theater 3000. If you don't know what that show is, click here and thank me later.] 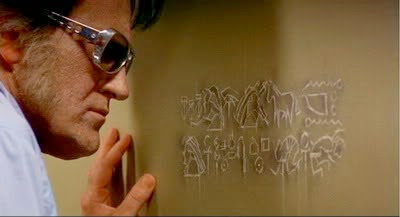 Elvis is alive. John F. Kennedy was turned black by the government in an effort to keep him protected from another assassination attempt. They are room neighbors in a nursing home, where a cursed bug thing is killing old people. All of that was fine, but the fact that Bubba (Elvis) talked about how sad he was that his *ahem* “richard” no longer worked and was rather graphic in describing what was wrong with it just made the rest of the movie abhorrent. I DETEST THIS STUPID MOVIE. I WANT THOSE TWO HOURS OF MY LIFE BACK.

[EN: I would like to add that, in addition to the attention lavished upon Elvis' dick, a campy premise is played absolutely straight in the most stultifying manner possible. But Roger Ebert loved it so what do I know? Check out my review here.] 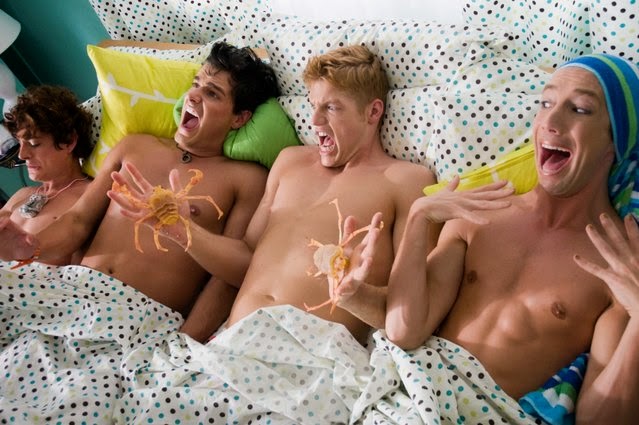 Brennan and I, in our first semester of college, got really into the American Pie series, binge-watching them all. After we finished the very heterosexual American Pies, we decided to compare it to the gay parody series called Another Gay Movie. The first movie was okay, making cheap jokes at the stereotypes of gay males and even the one lesbian in the film, but overall it was ridiculous and still fun. However, Brennan and I popped in the sequel to the already bad movie and watched it for less than five minutes before taking it out of the DVD player.

It just couldn’t be done. Keep in mind that Brennan and I sat through all the horrible movies listed above and pretty much enjoyed them (other than Bubba Ho-Tep), so the context should speak volumes about how gosh-darn horrible Another Gay Sequel was. You want a real, terrifying horror? Think about the fact that some people actually were able to sit through the entire movie. Now that’s scary.

[EN: There is no scientific evidence available that anybody has seen this film through to completion, not even the filmmakers. It might even close with 45 minutes of blackness. The world will never know.]