Fright Flashback: Do You Saw What I Saw?

Welcome to Fright Flashback, where every week until the end of summer we will revisit an older horror film that is in some way a spiritual precursor to an upcoming new release. This week we are anticipating The Purge: Anarchy, a sequel which promises to expand the universe of the small scope / low budget original in the hopes of transforming it into a franchise. In celebration, today's review is Saw II, a 2005 sequel which accomplished exactly that. 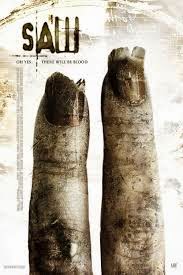 I've gotta say, binge-watching a long gone film franchise without any real foreknowledge of its contents is a magical experience. I'm a big fan of watching a prominent franchise derail itself (as such, I am the only human in recorded history who enjoyed Paranormal Activity 4 on any level), so I'm excited to get through all the Saw films, but so far I've been enjoying myself immensely in a mostly positive manner.

When Lionsgate released James Wan's Saw upon America in 2004, nobody was expecting the one million dollar film to gross a staggering 55 times its budget in domestic sales alone. As any self-respecting production company would do, they upped the budget to four million (still keeping it relatively low - that kind of profit margin doesn't just roll around every day) and rolled out a bigger and badder sequel in the hopes that the fans would just keep pouring money down the chute.

Evidently it worked, because Saw II made 40 million more than Saw's already astronomical box office, kicking off a yearly tradition that would continue on until Saw 3D, the seventh and, as of the time of this writing, final film in the series. I'll be able to have more insight once I reach the end of this marathon, but something tells me that this is one franchise that can't be called extinct yet, merely dormant.

We in the horror community know that the word "Final" is about as reliable as an airport ETA, and this franchise was still a wishing well of cash by the time it was canned, the last entry having made roughly the cost of Donald Trump's bathroom. But it's been nothing but radio silence for four years. I'm sure Lionsgate is waiting in the shadows, cooking up something dastardly. 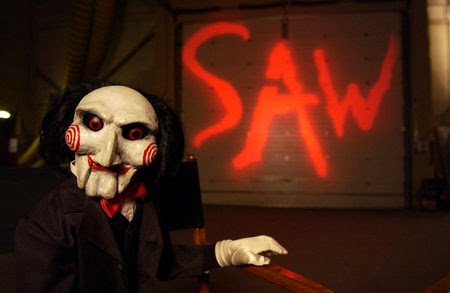 I hope to Jigsaw it's not a remake.

Now, it is typical for sequels to popular films to attempt to do the exact same thing... only bigger. This film is no different. In fact it's a dictionary example of the form. Saw II features four times the amount of victims, eight times the locations, and an insurmountably high number times the embarrassingly wooden lines of dialogue. This was in large part thanks to Leigh Whannell's continuation of the script without the guiding presence of frequent collaborator James Wan, but more on that later.

For now, the traps. I would say "plot", but this is a Saw movie. Let's not put on airs. I don't need to be distracted while attempting to reduce this enormously convoluted plot to a bare bones summary. Alright. It's go time. Detective Eric Mathews (Donnie Wahlberg) is a corrupt cop who's estranged from his wife and son because he slept with Allison (Dina Meyer, one of three returning cast members), one of his coworkers and an expert on the Jigsaw case.

He's finally cornered Jigsaw (the indispensible Tobin Bell) in an abandoned steel factory with the help of a SWAT team. Just as everything is going well, they discover a set of monitors watching over the serial killer's newest morality trap. While the police hurry to trace the source of the video, the eight victims must work together to find a way out lest the poison gas being pumped into the house they're in rip them apart from the inside.

These victims are numerous, but only a few are important. There's Amanda (Shawnee Smith), the only woman to have previously survived a Jigsaw game; Daniel (Erik Knudsen), Detective Wahlberg's son; and Xavier (Franky G) a macho and violent drug dealer who puts himself above all others. Jigsaw gives these eight people a tape recorder and several clues toward assuring their survival, some hideously obvious yet ignored by the victims at large, and some staggeringly perplexing that the characters seem to have no problem with. 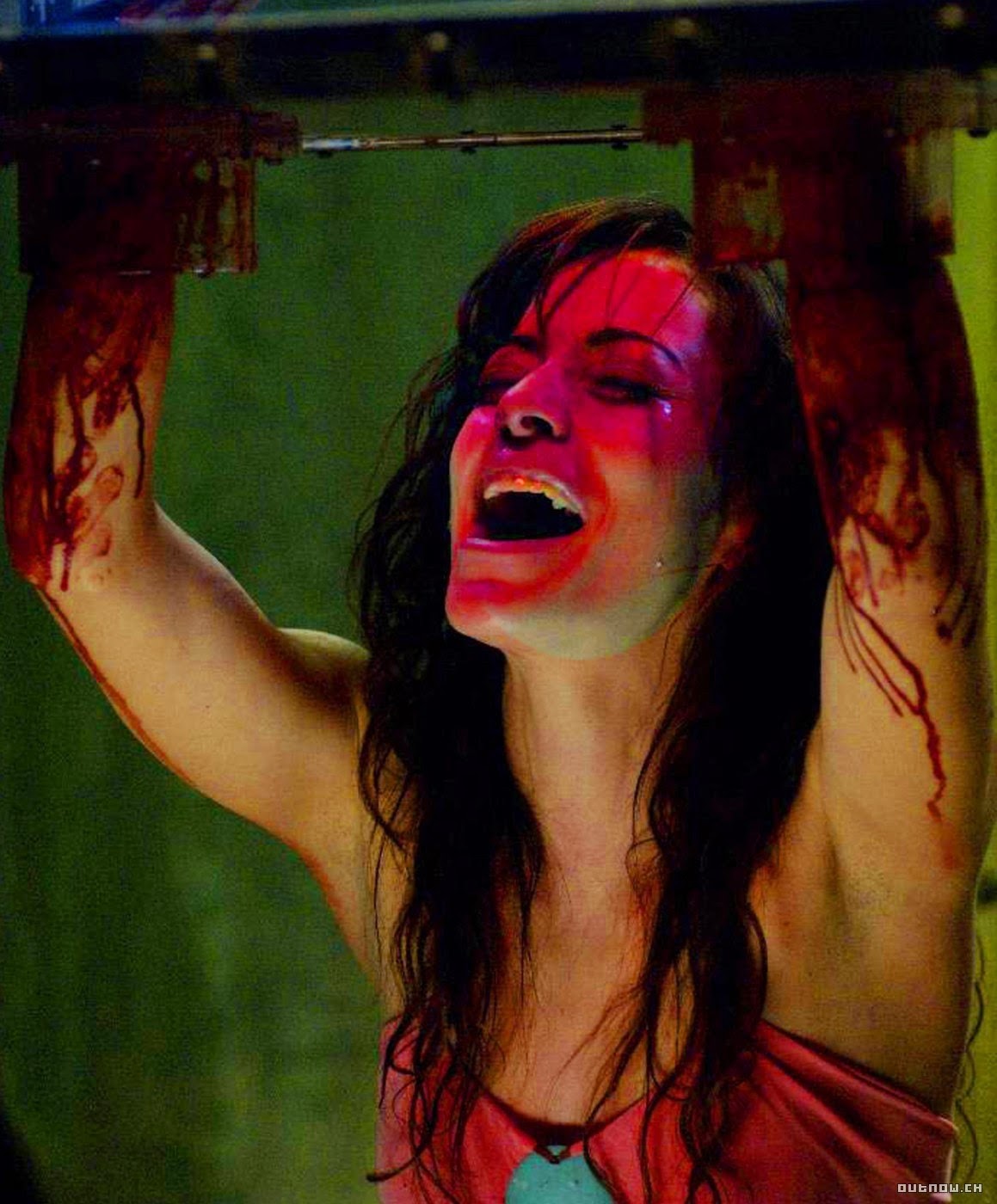 Saw's internal logic is as free-flowing as the blood.

The rapidly diminishing victims explore the house and find a series of new traps and games that push the limits of their humanity, either to find an exit or to obtain antidotes to the poison coursing through their veins. It was immediately obvious that Saw II would be bloodier than its predecessor, and while the gore is still more subdued than the implications (no studio would want to scare off audiences by being too brutal - gorehounds are abundant, but absolutely a minority), there are plenty of cringe moments, especially those revolving around the ever-present hypodermic needles that contain the medicine. 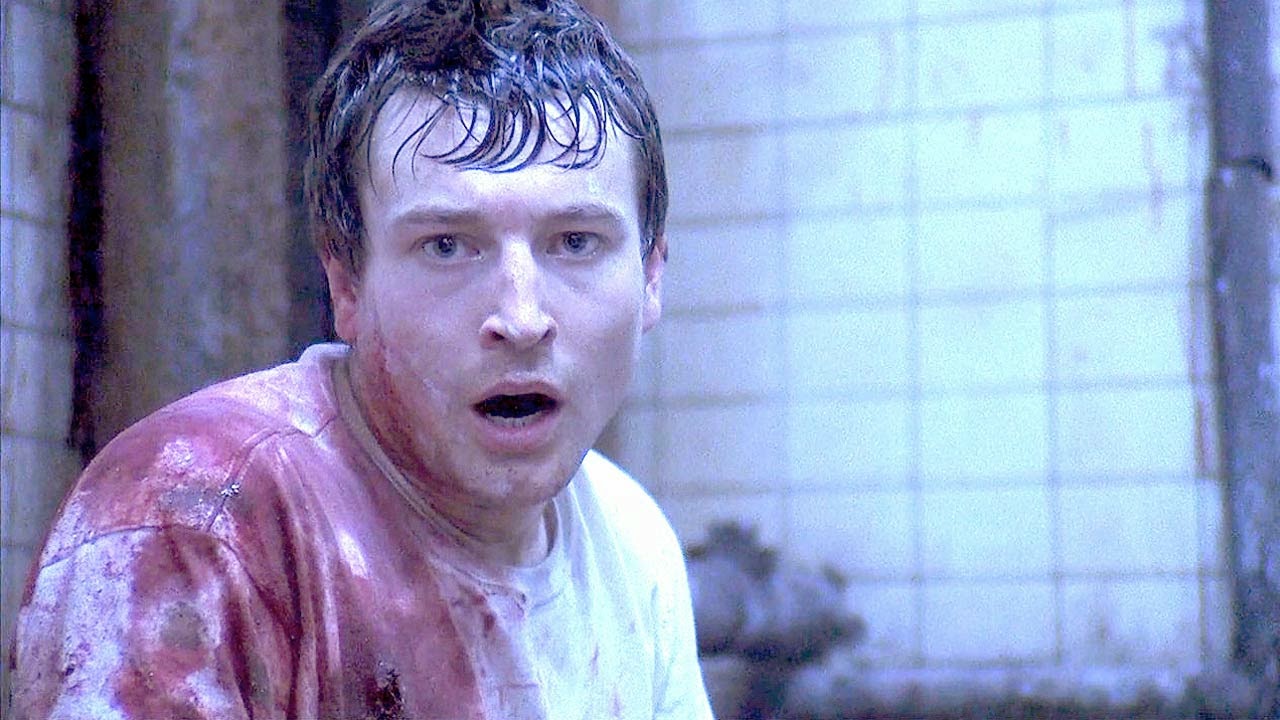 The greatest flaws of Saw II can be traced back to the script, although the acting is just as terrible as always (except Tobin Bell, the film's saving grace as a defeated and angry cancer patient, a role much expanded from his original purpose as a crackerjack twist ending). Eric has a flashback to something that happened mere minutes before, Jigsaw's plot this time around involves a Joker-esque level of pre-planning and psychic abilities, and there are too many characters this time around to provide an adequate backstory for any of them.

This film is full of potential energy. You can feel a rich story pulsing beneath the surface (one that is hopefully expanded upon in the increasingly intricate network of sequels), but barely any of it comes out on screen. This is likely because the script itself is adapted from an entirely different story written by Darren Lynn Bousman years before and spruced up with Sawisms by Whannell. The resulting film is a Frankenstein monster of sawed-off backstory and dialogue that could build an ark. 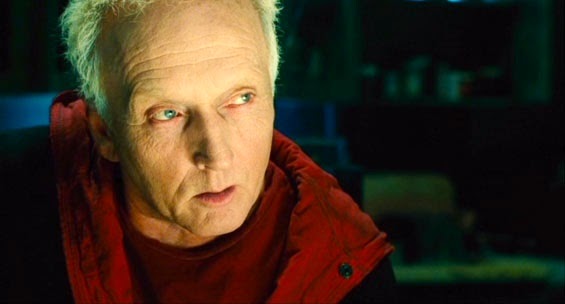 I'm saying it's wooden, is what I'm saying.

But despite all its flaws (many of which it shares with the film that came before - so maybe this can just be considered a hallmark of the franchise) and some of the later twists and turns that kept me up at night poking at plotholes and worrying about the inconsistent MO of a fictional serial killer, it's all part of the ride. Saw II is a roller coaster, a gory, tense and cool film that drags you along with it for the entirety of the run time, only exposing its flaws after you've had a chance to sit down afterward and reflect.

Any dead space in the film would have allowed that moment of realization to come much earlier, so it's a great compliment to say that it has no such moment. And even in the wake of the closing credits, realizing its flaws doesn't ruin the film, it merely knocks it down a couple of notches. Saw II is still a great, fun sequel maintaining the themes established by the first Saw and opening up a universe of possibilities for the next.

TL;DR: Saw II is a good and entertaining sequel, but it falls apart at the script level.
Rating: 6/10