J Is For Journal

I've actually been keeping up with the Blogging From A to Z Challenge! I never expected to make it this far! I guess this means I gotta commit to completing the darn thing.

Although it's a lot of work, it's actually great to have a push to keep me blogging at a constant rate. I've been so busy lately but I never want to lose track of the things that I enjoy doing. And having the chance to write about something you love every day and then look back after a while at how much you've accomplished is a dream come true.

Anyway, today I wanted to write about the actual reason I haven't been able to write as much as I've been wanting to lately. It's all good, I promise!

I'm in this very intensive production class in which I'm a part of a group where we produce five short films on five consecutive weekends. On each film we switch off being producer, director/writer, director of photography, production designer, and sound. It has swallowed my soul this semester, but by the end I'll have my very own short film made at the most professional level quality my school can offer and I'm very excited!

My film, iMadman, is a slasher parody because what else would I write for my five minute short film? We shot it on March 29th with a 20 person crew and 2 LA actors (one of whom I coincidentally went to high school with) and I've been editing it since then, putting together the sound mix and the musical score.

I'm very very excited to be able to share it with everybody, but it's certainly unfinished as of right now. But for those of you interested, here is my promotional photo and a video presentation using clips from other films to describe how I want the tone and look of my movie to be! 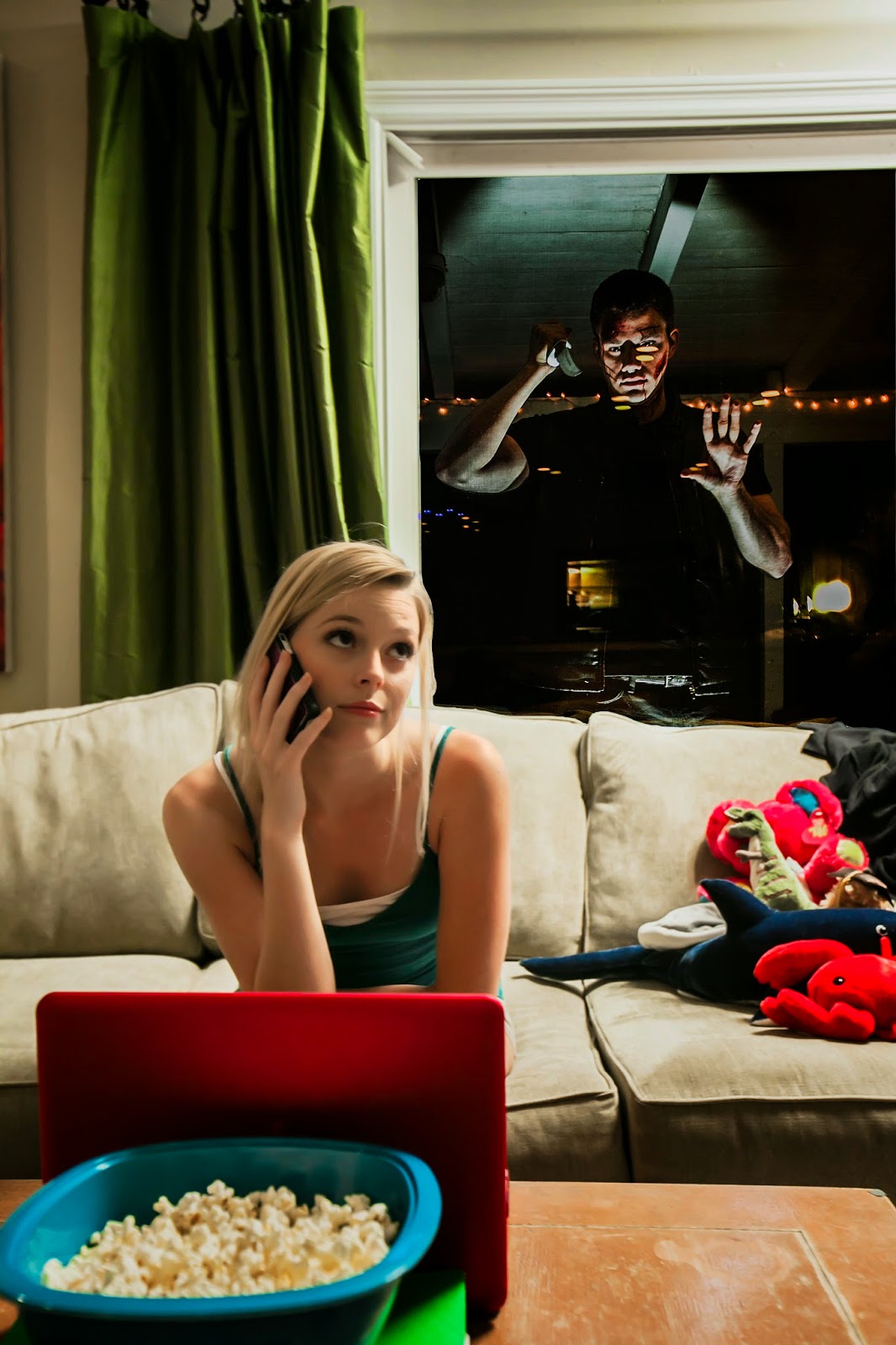 I hope you are all as excited as I am! Thanks for listening to my tale! Have a lovely day.
Word Count: 340
Also sprach Brennan at 9:26 AM

Email ThisBlogThis!Share to TwitterShare to FacebookShare to Pinterest
Labels: A to Z, Personal