I know that the title is cheating a little bit and I know that this post is so brief but the Blogging From A to Z Challenge is kicking my butt. I'm just happy to have made it this far with more or less consistent posting, this month leading up to semester finals has been fraught with danger and busywork. 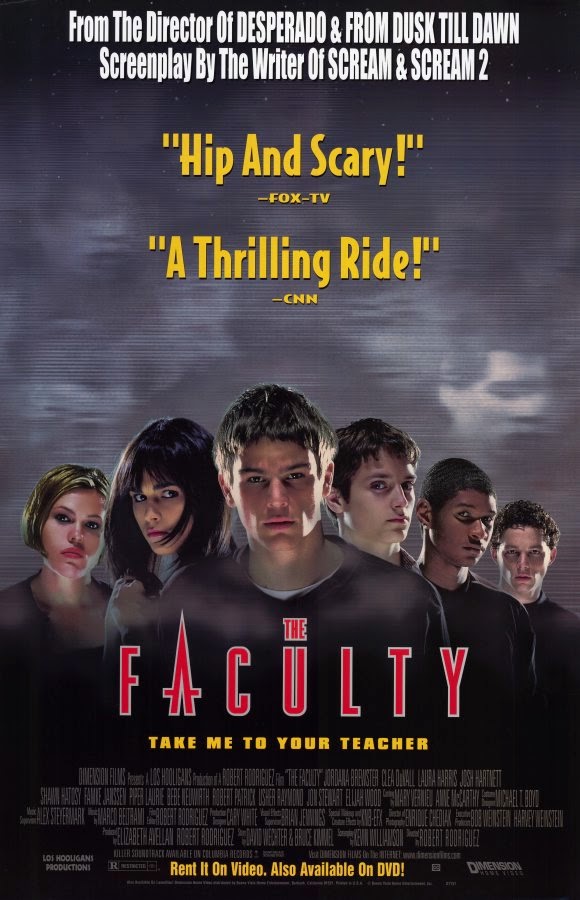 The Faculty is a charming coming-of-age monster movie that has been unfortunately buried in the detritus of the 90's despite its hurricane force cast of past, present, and future stars. Penned by Scream writer Kevin Williamson (but thankfully largely devoid of that franchise's self referential sense of humor, which could only survive for so long away from its source), composed by Marco Beltrami, another Scream alumnus, and directed by Robert Rodriguez, The Faculty couldn't help but be charming no matter how cheesy it is.

And oh boy is it cheesy. When parasitic body-snatching aliens begin to replace all the faculty and students of Herrington High School, a team of unruly outcasts must band together to defeat the menace.  These outcasts include the local nerd (a pre-Frodo Elijah Wood), a nonconformist science fiction geek (Clea DuVall), the head of the school newspaper (Jordana Brewster), the football team captain who recently quite in order to pursue his academics (Shawn Hatosy) the hyper intelligent but unmotivated drug dealer (Josh Hartnett, who appeared in that same year's Halloween: H20), and the new transfer student from the South (Laura Harris). 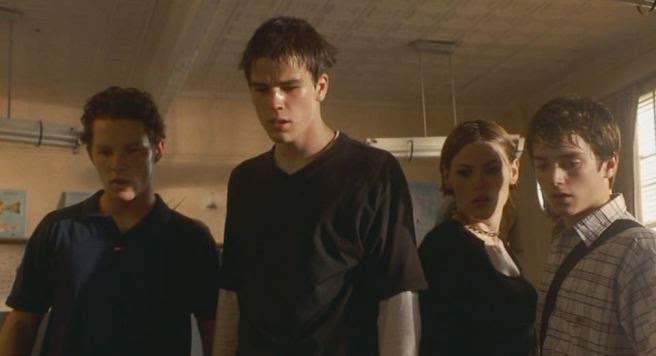 So many sweaty teenage dreams would be fueled by this then-unknown cast.

If that cast of soon to be A and B-listers of the early 2000's wasn't enough, the faculty is even more impressive. The principal? Bebe Neuwirth. The football coach? T2's Robert Patrick. The shy English teacher? Famke Janssen. The... I dunno, something important? Piper Laurie, Carrie's mom in the flesh. The school nurse? Salma Hayek. The science teacher? Jon Stewart.

Just to rub in how much cooler they are than us, the filmmakers also threw in Usher as a rival football player. From that sort of name brand cast alone, this movie is worth watching. But it's also a delightful B-movie amped up with 90's sensibilities and effects and a committed teen cast. It's not gonna change the world, but it tells the story of disenchanted youth growing together under a unified threat.

Deliciously sweet and astoundingly cool, it's everything horror fans of the day could have asked for. Plenty of action for the horror hounds, plenty of humor for the bored, plenty of high school themes for the youths and plenty of creative insults for those who are keeping track of the massive lexicon of 90's slang. 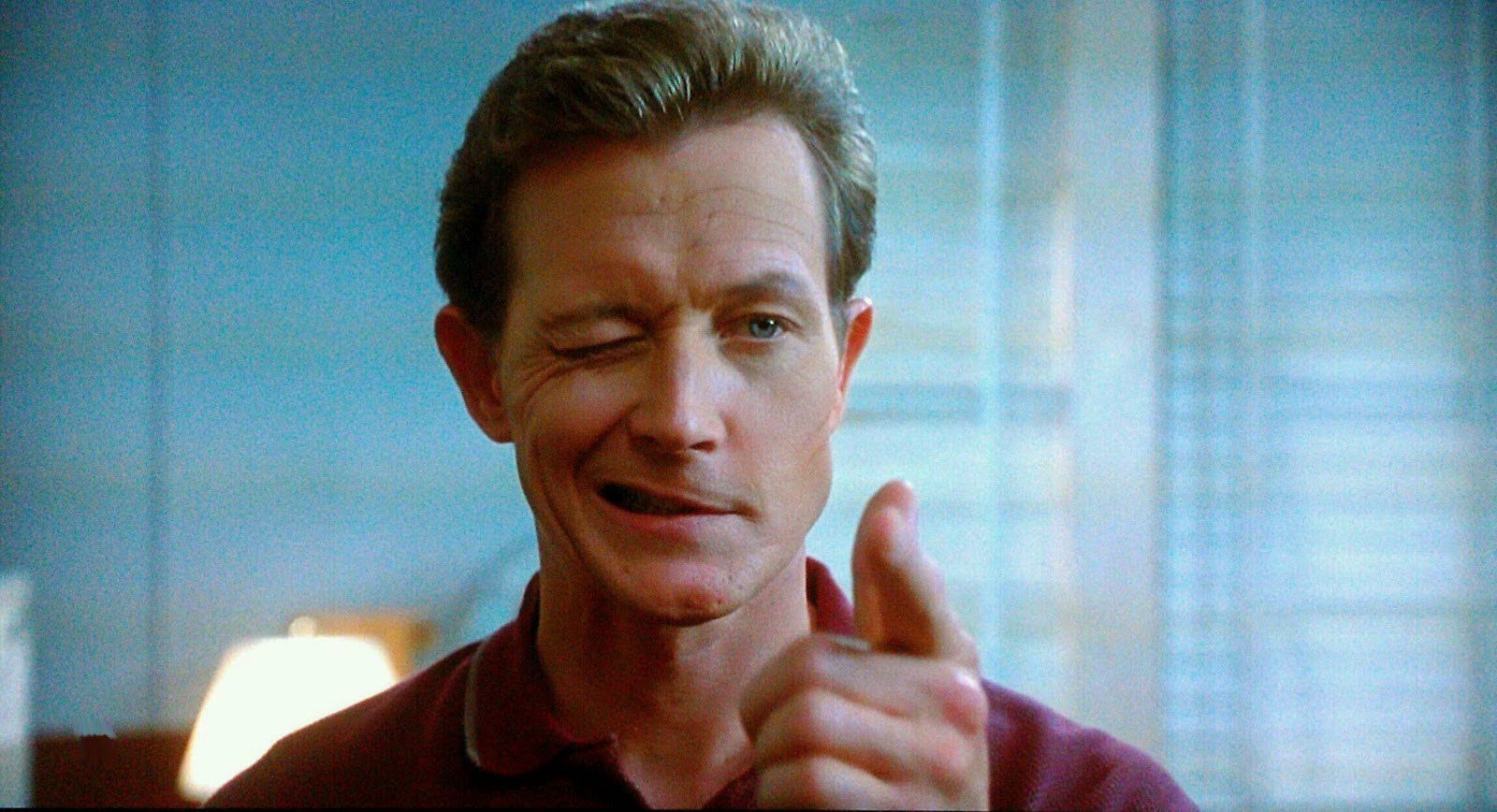