T Is For Teen Angst

Today's Blogging From A to Z Challenge is a review of one of the last screenings in my Horror class before finals! We watched a classic film majory film that I was previously ashamed to admit I had never seen. Well now I have! So there! I'm waiting for my official film major acceptance package in the mail. 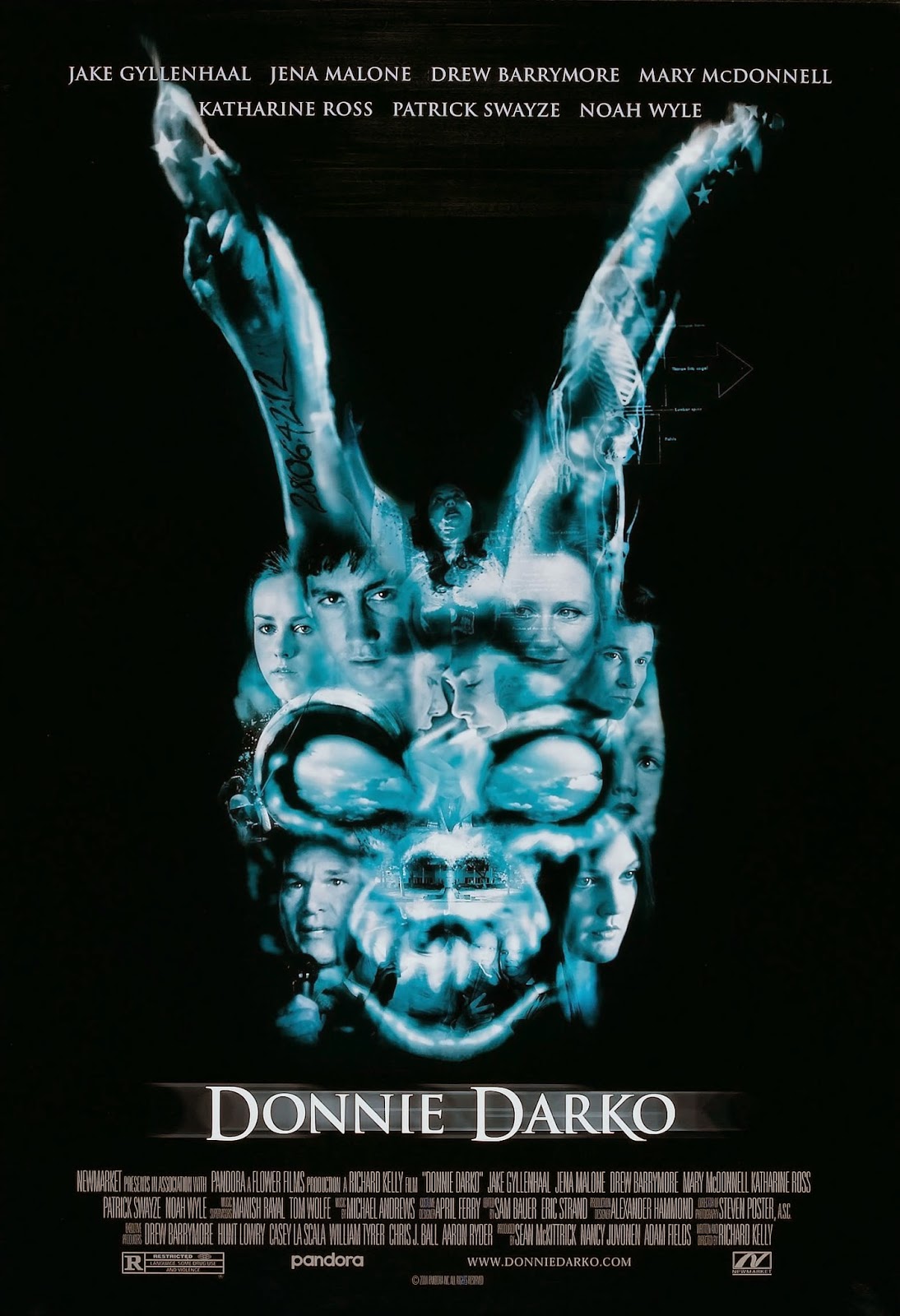 Donnie Darko is one of those films that the audience renders untouchable. Love it or hate it (and many of my peers do love it), nothing will change your mind after the first time you watch it. For me, being so far behind in my cinematic development that I never watched Donnie Darko during my tender formative years, I am perhaps the one person who landed in the camp exactly between the two.

Set in 1988, Donnie Darko tells the tale of... whatever you want it to be, really. The plot at even its most basic level is so full of time warps, bizarre philosophical discussions, and hallucinations that it's nearly impossible to describe simply except for the fact that Jake Gyllenhaal (who is a freaking baby in 2001) plays Donnie Darko, a troubled teen who lives in conservative suburbia in 1988.

After nearly escaping death when a jet engine crashes through his roof and demolishes his bedroom, Donnie starts seeing Frank, a six foot tall bunny rabbit who tells him that the world is going to end and commands him to perform disruptive acts like arson or flooding his high school. I won't delve too far into things because director and writer Richard Kelly builds an exceedingly complex mythology around the whole thing that would take more than its fair share of paragraphs to accurately convey.

And I wouldn't want to ruin the WTF experience for any first-timers. Love it or hate it, it's a valuable part of anybody's development as a moviegoer. 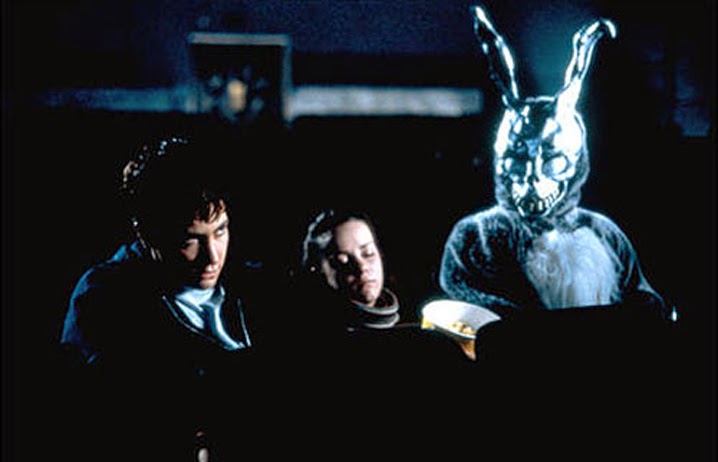 An accurate depiction of me showing people horror movies.
From left to right: Put-Upon Friend, Sleepy Boyfriend, Me.

Before I say more, let me make it clear that the only version of this film I have seen is the director's cut which evidently differs from the theatrical cut in that it makes even a cursory attempt at explaining what is happening. Although it's still an opaque mystery, the use of intertitles provides a framework for understanding the film's structure that the theatrical audiences never had.

Given that the director's cut is still a massively inscrutable rummage sale of symbolism and metaphor and angry teenage ramblings, I can't imagine how many Ibuprofen the original audiences must have popped in order to survive the thing.

But it became a cult sensation presumably through its depiction of a high school student who feels like an outsider despite being light years smarter than everybody around him. His community is lead by people who are driven by consumerism, get their philosophy from self-help tapes, and never question the world around them.

His ability to see through this and expose the darkness, hypocrisy and lies in the carefully structured environment his parents raised him in must have struck a chord with students across America when the film was released 13 years ago. Set in 1988 at the height of the yuppie conservative boom, Donnie Darko is a cry for help from a man who felt stuck between the truth of the world and the facade of American prosperity. 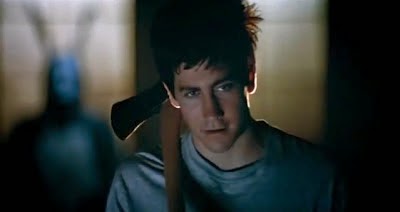 It probably didn't hurt that baby Gyllenhaal has a quite compelling face.

Donnie's experience with a shifty psychiatrist and useless brain pills also mirrored the dissatisfaction of the ADD generation, who were feeling dislocated from schools and the desires of their parents. Seeing as that era is largely behind us and I'm pretty much a mostly adult, it's understandable why Donnie Darko didn't blow me away with its story and themes, a large portion of which I felt were too enigmatic for their own good.

Although I do sincerely appreciate this movie for inviting the audience to think hard about its meaning and the meaning of the world around them, to truly understand this film to its fullest extent is nearly impossible because in order to do that you probably have to be Richard Kelly.

But although the storytelling is dubious, one can not ignore the skill behind the camera. This is a beautifully shot film and one sequence in particular, an establishing montage of the high school set to Tears For Fears' "Head Over Heels" is majestic in a way that leaves me with no doubts why so many people claim this to be their favorite movie.

And again, the face.

Jake Gyllenhaal is perfectly cast as an alien in his own world whose every sentence cuts his conservative elders to the bone. With enough snark to become a stellar antihero and enough fear and warmth to endear himself to the teenage audience and keep them relating with his struggles, this is perhaps one of the talented performer's best film roles.

It's perhaps not my cup of tea for its spaghetti plot and thoroughly dark message, but I did really enjoy watching this film and its status as a cult classic shall never be contested on the pages of this blog.