Census Bloodbath: I Is For Imagination

Welcome back to the Blogging From A to Z Challenge, which is not so slowly becoming my avenue for re-exploring the depths of the Nightmare on Elm Street franchise. Next up is a pleasant surprise that certainly isn't as bad as it should have been. 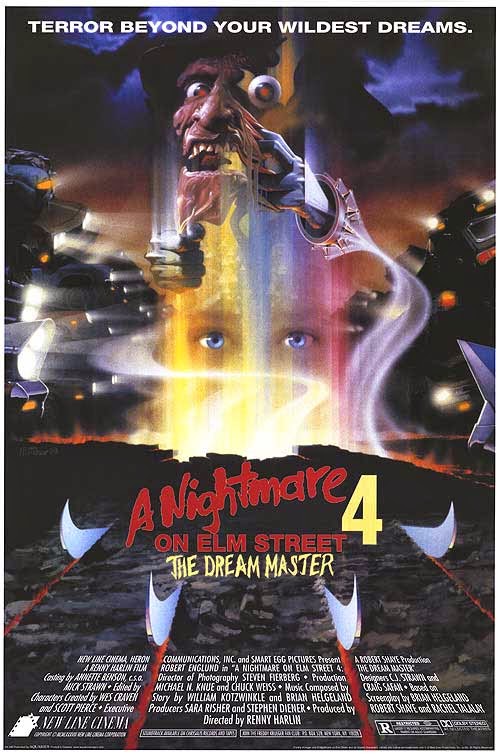 After Wes Craven's A Nightmare on Elm Street slashed onto the scene in 1984, the tides of the slasher genre changed forever. After a hasty and bizarre followup with Freddy's Revenge, Dream Warriors righted the franchise in 1987 and put it back on track. Coming just barely more than a year afterward, A Nightmare on Elm Street 4: The Dream Master has every right to be a piece of idiotic tripe.

I'm fairly shocked and a little disappointed to say that The Dream Master is an all around tighter film than Dream Warriors, starting with a slightly more identifiable cast. Mind you, these are still as stock as 80's slasher characters can get, but you can sense that they have lives and personalities outside of the context of the film instead of merely being props helping to set up the next cool Freddy setpiece. 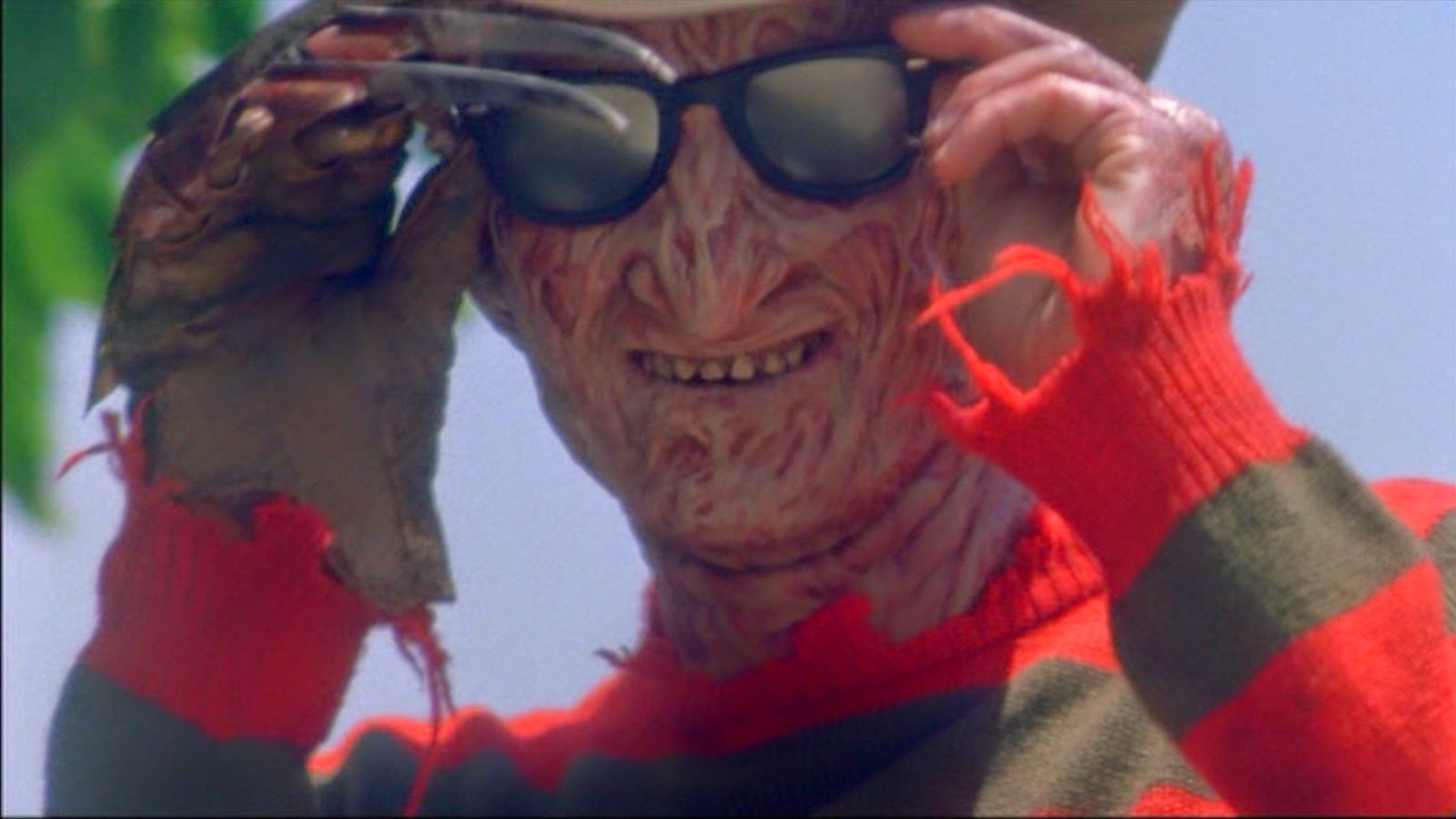 He doesn't need their help to be cool.

Along with the return of Dream Warriors veterans Kristen Parker (played not by Patricia Arquette, but Tuesday Knight, who manages the insurmountable feat of somehow being worse than the child actress she shares her first scene with), Joey (Rodney Eastman), and Kincaid (Ken Sagoes, who I still feel a roiling animosity toward), who all helpfully die within the first half hour (I cheered when Kincaid finally kicked the bucket. Good riddance. He could never say a sentence without mispronouncing a good 67% of the words.), we have a whole crop of new teens to play with.

First off there's Alice Johnson (Lisa Wilcox), a sweet redhead who has a tendency to daydream in an attempt to escape from the emotional abuse of her alcoholic father. Her gang includes her brother Rick (Andras Jones), a martial artist and Kristen's boyfriend; her best friend Debbie (Brooke Theiss), the living embodiment of the 80's with an obsession for lifting weights; Sheila (Toy Newkirk), a stereotype-busting character who happens to be female, black, a nerd, and almost universally beloved; and Dan (Danny Hassel), who is just the cutest patootie to ever patoot. 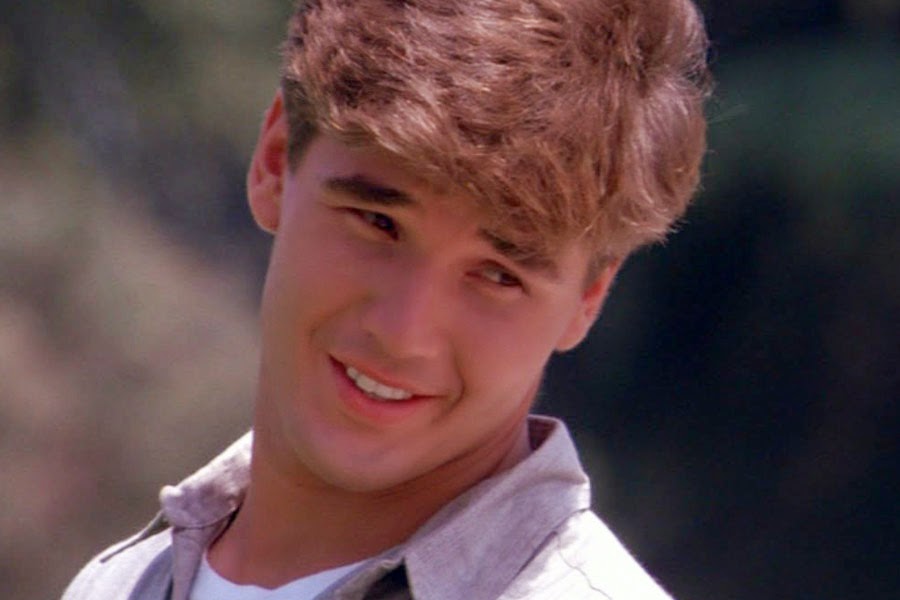 The trouble begins when Freddy (the ever-cooperative Robert Englund) rises from the grave to wreak havoc once again. After quickly and mercifully knocking off Joey and Kincaid, Freddy is down to his last victim, Kristen (the final child of the parents who murdered him so many years ago). Unfortunately, Kristen uses her dream powers to pull the hapless Alice into her dream before she is tossed the hell into a furnace in an extremely brave move on the screenwriters' part.

It seems that by dragging Alice into her dream and bestowing her power upon her in death, Kristen has provided Freddy an avenue into the dreams of Alice's friends, one which he exploits with gusto. This is the first film where it's clear that, despite Englund's still menacing performance, horror is definitively going to take a backseat in favor of darkly humorous gonzo setpieces.

We see Alice get sucked into a movie screen, a meatball pizza decorated with the souls of dead children, a nude pinup swimming in a waterbed, and puns galore. 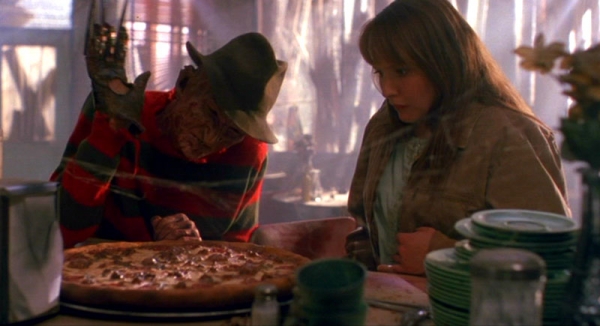 But despite the more overtly comic tone, The Dream Master never loses its sense of itself as a piece of cinema. At least, in the way that effects-driven 80's slasher films can be considered cinematic. Utilizing dream logic in the best way possible, the film allows for an ecstatically creative series of scene transitions and camerawork that still manage to boggle the mind.

The scene where Kristen is secretly dosed with sleeping pills is blessed with unforgettable whirling cinematography capturing the loopy desperation of the teen all in a single shot. And that's not the only visually stunning moment in the film, which is shockingly aesthetically literate for a horror flick released in 1988.

Not to mention, the whole thing is thematically tight.

Tight as these shades.

Lisa already lived in a world of dreams, so she can be considered a master of her domain. This gives her equal footing with Freddy and makes her a worthy adversary, especially once she begins collecting the talents and personalities of her friends as they are felled one by one. This idea is linked with Lisa taking off the photos that cover her bedroom mirror - one for each friend who dies - slowly revealing her entire face as she matures with time and becomes the Dream Master.

It sounds cheesy and it is. Especially during the final montage in which she dons leather, spikes, and a yin-yang headband to take on the dream demon. But within all of it is a heartfelt story of a teenage girl taking strength from her friends to fight back against the force that has claimed them.

The fact that it explores the sleep powers concept in a way that the clever but scattershot Dream Warriors never even could have dreamed of (pun intended) is just the cherry on top. 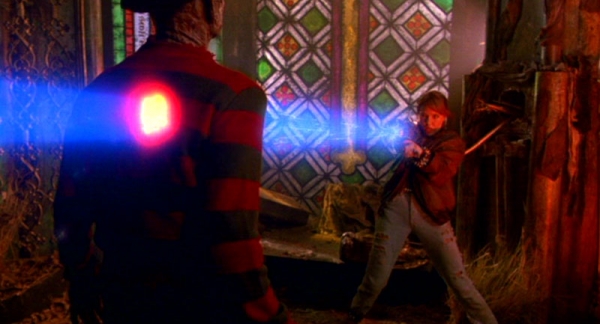 Shot through the heart! And you're to blame!

That last caption may have seemed like just another of my series of increasingly witty and impressive puns, but it also serves as an adequate transition to what is perhaps the films biggest weakness, depending on how you look at it.

Thanks to its wall to wall pop music, atrocious perms, deliriously colorful backgrounds, and John Hughes banter, the entire film is mired forever in the muck of 1988, inextricably tied with the decade that birthed it. For me, this will never be a problem, thanks to my love of the cheesy excesses of the time. But really, the whole thing plays out like a feature-length MTV hits show, complete with two stirring renditions of "Anything, Anything" by Dramarama.

But being full of 80's signifiers can't bring a movie this good down. With impeccable use of nightmare imagery, a surprisingly solid and consistent tonal register, and a villain who hasn't yet descended to the unbearably clownish depths that are soon in his future, The Dream Master is a darn excellent sequel, shocking me and everybody else by being more enjoyable that the general consensus pick, Dream Warriors.

I was just as surprised as you, hypothetical reader. But the numbers don't lie. 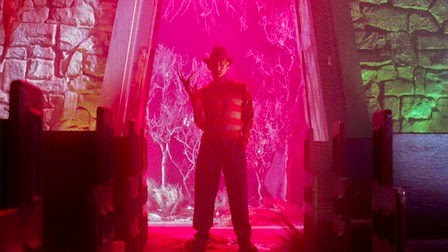 Assuming you can even see through the almost solid filter of 80's.

Although I will always hold Friday the 13th in my highest esteem among the slasher greats, A Nightmare on Elm Street has a surprising amount of pretty darn good entries in the franchise, certainly more than the notoriously inconsistent Jason flicks. I'm very grateful that I'm getting a chance to re-explore this journey through the evolution of Freddy, because I don't think I ever appreciated the amount of effort these films put into realizing their universe, however twisted and nonsensical it may have become.

Savor these precious positive comments. Because up next we have The Dream Child, a film seemingly edited by a pile of vomit.

But for now, we have The Dream Master and sweet, sweet, Alice. Happy thoughts! 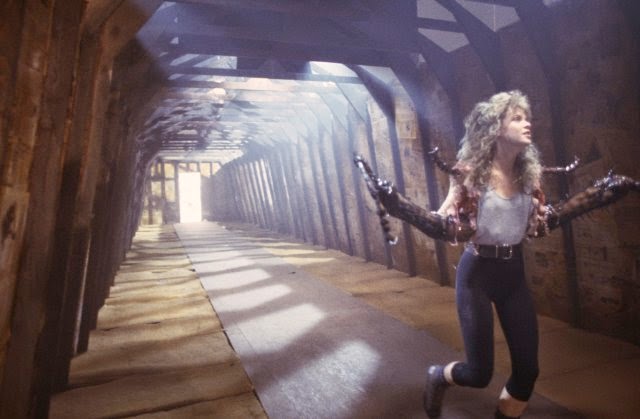 Sign of the Times: The second Debbie walks onscreen you can taste the hairspray. It doesn't help that she immediately starts talking about Dynasty.
Scariest Moment: Freddy is torn apart by the released souls of his victims.
Weirdest Moment: Freddy is brought back to life by Jason, the Fire-Peeing Dog. 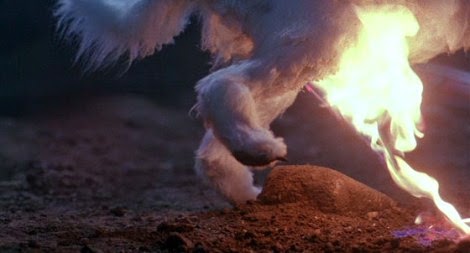