L Is For Loss

Hello everybody! Today's Blogging From A to Z Challenge will be brief because I just put together a massive project that took me hours to complete so I'm not feeling incredibly alive at the moment. But, then again, neither is Colin Firth's lover in A Single Man and the whole movie is pretty much about him. 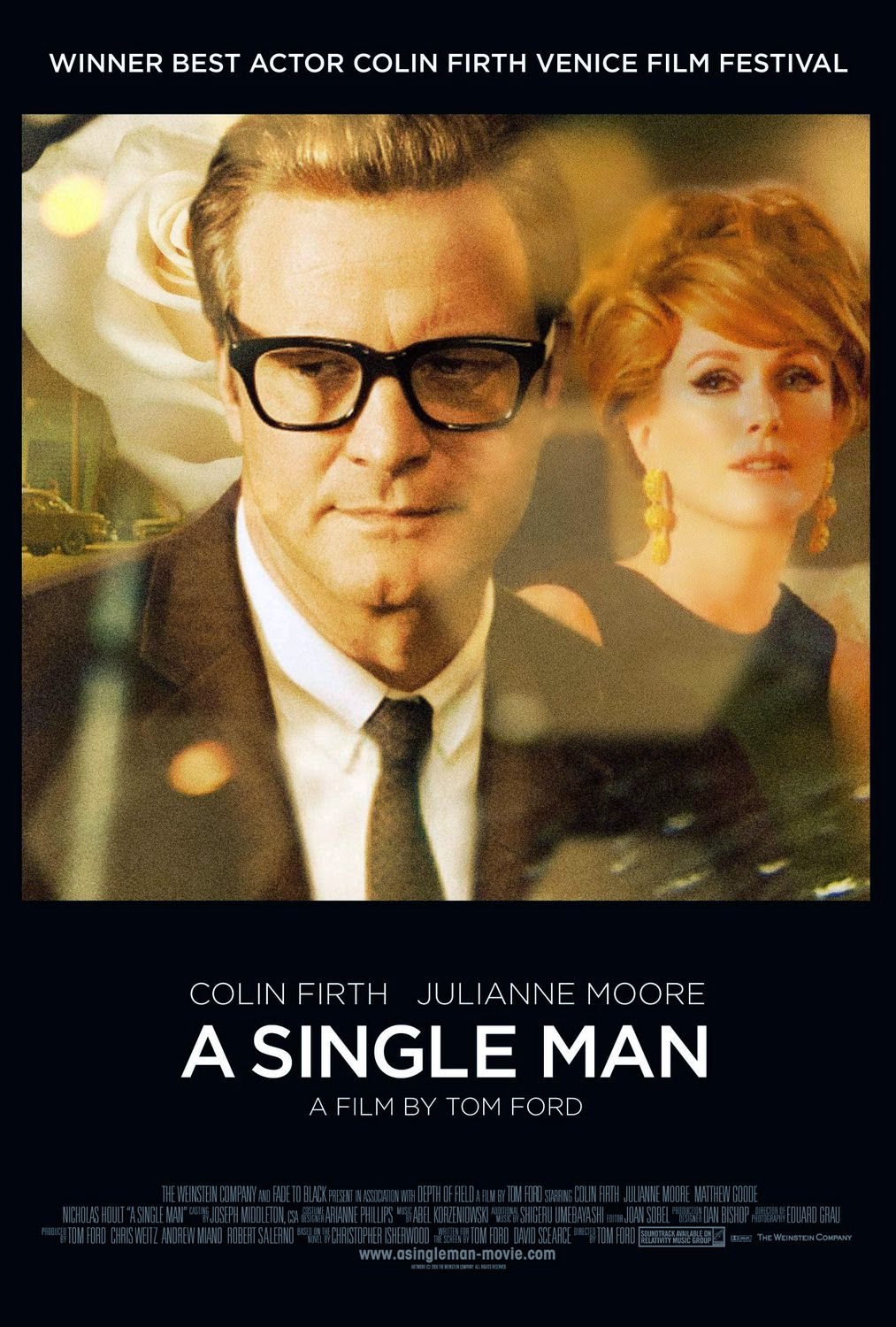 The latest in Sergio's attempts to make me a deeply enriched person was A Single Man, the Colin Firth movie that I never got around to seeing a couple years ago. And you know what? I rather wish that I had, especially considering that any review at this point is coming pretty late in the game.

But I watched it, so review it I shall.

Nothing could stop me n- ooh look at his hair.

A Single Man is somewhat of a passion project for first-time director and most-of-the-time fashion designer Tom Ford. Starring Colin Firth as George Falconer, an English professor in 1960's Los Angeles who, even one year later, is still reeling from the death of his partner of 16 years (Matthew Goode). Although his body mechanically continues along its daily routine, his mind has shut everything out.

He keeps this up for some time, mostly ignoring his best friend Charley (Julianne Moore), a delightfully effervescent personality who can tell that something is wrong but is powerless to help. But a series of small events over the course of several days begin to turn things around for George, starting with an interaction of mutual admiration with a student (Nicholas Hoult).

George has several small encounters with people who share their perspectives on life with him. Some of them directly, some of them accidentally. But each person he meets drags him irrevocably back into the world of the living, where passion and color reign even under the looming fear of the Cuban Missile Crisis (somebody call the X-Men).

Sepia man to the rescue!

Tom Ford is a green director and it shows, especially in the pacing of many early sequences (take out the slow motion photography and the entire first act would be about six minutes long), but sometimes it takes a person who is totally unfamiliar with the art form to shake it up and make a statement. And Ford's use of color and light do exactly that, showcasing his true strengths as a visual artist.

Whenever George comes across another life that shines brightly through the grey fog of his waking nightmare, the lighting literally reflects this. It might sound a little too on the nose, but trust me. Seeing Colin Firth's face literally light up when he pets a dog is a marvelous achievement in cinematography.

Not since Hitchcock has a film been so integrated with a designer's mentality. Every color and every splash of light in every frame is there for a reason, and as the story progresses, the visuals only deepen and become more wonderful. And Colin Firth's performance is a knockout, but Julianne Moore steals the show as his opposite counterpart - a vibrant and alive woman who takes every knock she gets in life in stride. Julianne Moore is an unsung treasure of cinema. Somebody should correct that.

The biggest achievement of A Single Man, at least on a personal level, is that it is a gay film without the Gay. Many films depicting homosexual men feel the need to be "about" something, whether it be coming out, the AIDS crisis, or intolerance in society. And that's great. We need those films. Those subjects are all very important and continue to be massively relevant.

But at a certain point, one wishes for a movie that just tells a story instead of being a PSA. Brokeback Mountain did that pretty well. Weekend was a great one. But those kinds of films are few and far between. The triumph of A Single Man is that it tells a tale that is marvelously human, rather than just being "gay".

The story itself is perhaps not entirely to my tastes (far too few machetes were involved), but that is through no fault of its own. But any man who can consistently make Nicholas Hoult look like the beautiful angel he was meant to be deserves some credit, and Tom Ford has proven himself as nothing more than a master of lighting and design with this simple yet richly realized film. 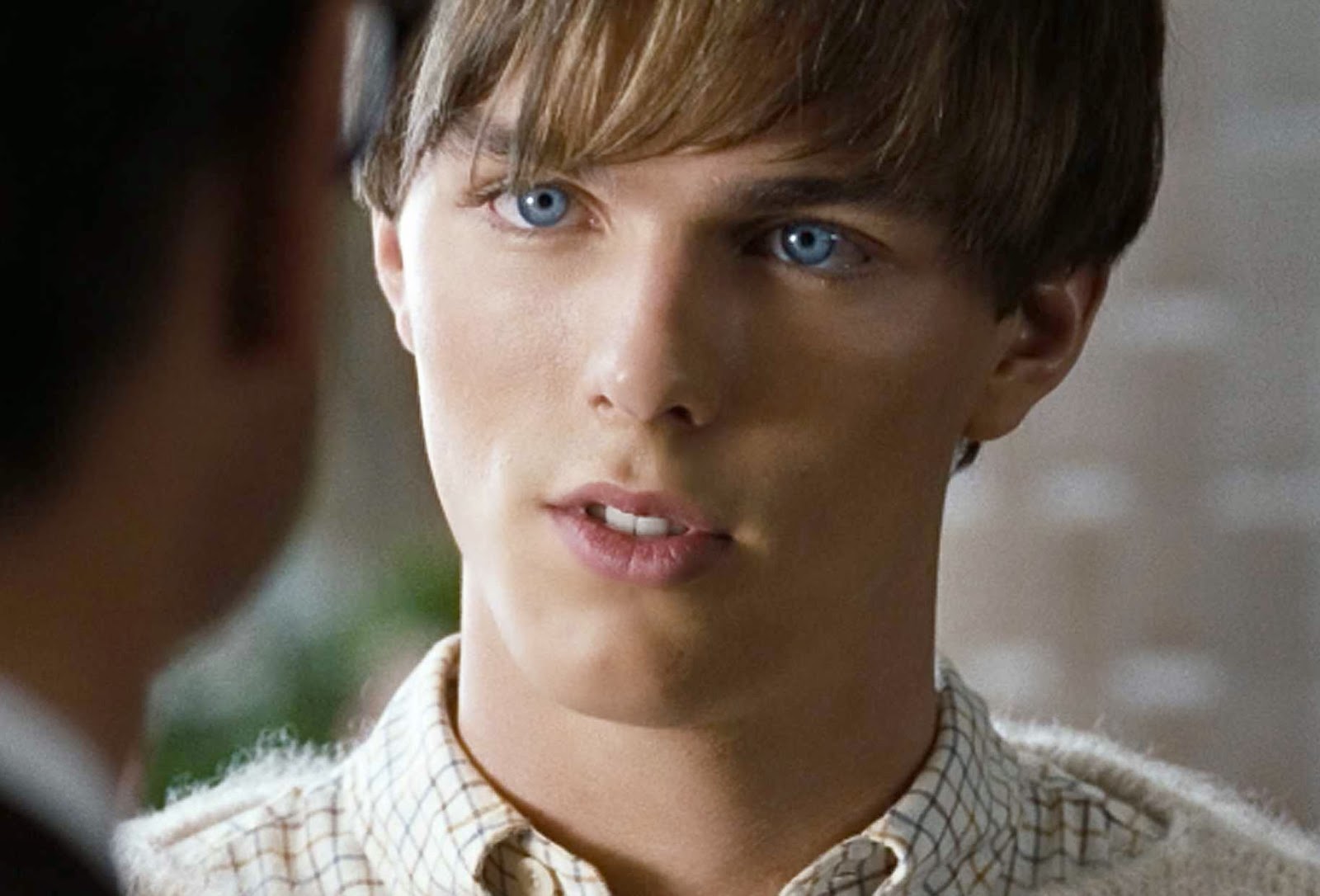 TL;DR: A Single Man is an interesting and fresh film produced by someone who speaks the language of art, color, and design, but not of cinema.
Rating: 8/10
Word Count: 787
Also sprach Brennan at 2:33 PM