K Is For Kaleidoscope 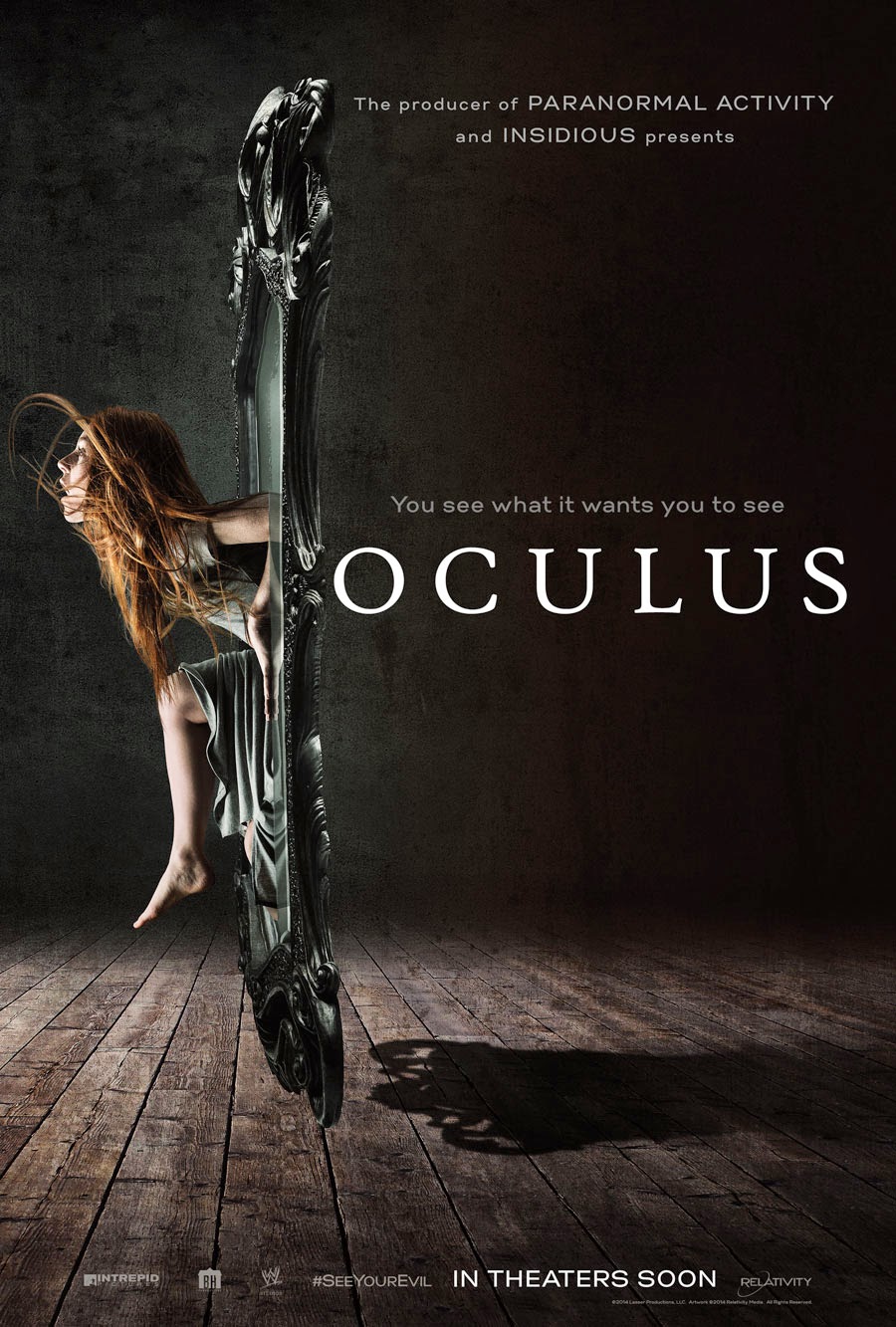 Oculus had two good things going for it, starting off. First, it is exceedingly rare that I go into a movie knowing next to nothing about it, so I was the perfect audience member for this sort of horror film. Second, the theater I was sitting in was right in the middle of the Long Beach Grand Prix, so the disembodied humming of the race cars outside provided a terrifically eerie environment for scary movie watching.

Oculus opens on a shot of an eye peeping through a crack in a door, which highlights its major theme (present in the title, tagline, and intermittently in the movie itself) of sight. Well, more like the idea that what you see isn't necessarily what you should believe.

Tim Russell (Brenton Thwaites) has just been released from a mental institution, where for ten years he has been dealing with what happened to him and his sister when they were children. The true nature of this event will be parsed out over the course of the film through a series of flashbacks with young Tim (Garrett Ryan) and his sister Kaylie (Annalise Basso), but what we know at the very start is that their father (Rory Cochrane) killed their insane mother (Katee Sackhoff) and would have killed them too if the ten-year-old Tim hadn't shot him in self defense. 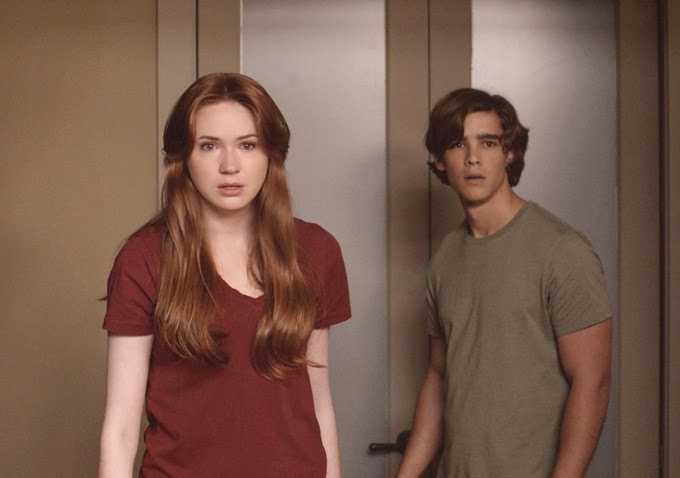 It turns out that childhood trauma makes you pretty hot.

When he is finally released, Kaylie (Karen Gillan) seeks to prove that their father was driven mad by a haunted antique mirror that caused him and his wife to hallucinate and break down. The bulk of the film takes place in their childhood home as Kaylie runs a series of experiments to prove the mirror's guilt and Tim struggles to convince her she is just burying childhood trauma, all peppered with flashbacks to their youth.

Kaylee's sanity is called into question as the mirror resolutely continues to be a mirror and not a whirly ghost demon portal and it quickly becomes clear that not everything is as it seems. But whose perception of reality is the truth? Has mental illness taken hold in their family once again? Or is the mirror truly a source of deep evil?

This exploration of human perception is quite excellent as the film unravels into a series of jarring alternate perspectives that put every single detail of the story under a microscope. For quite some time, the film manages to be utterly terrifying, keeping gore at a minimum in favor of a series of psychological frights that are increasingly tense, keeping your knuckles white against the seatback in front of you. 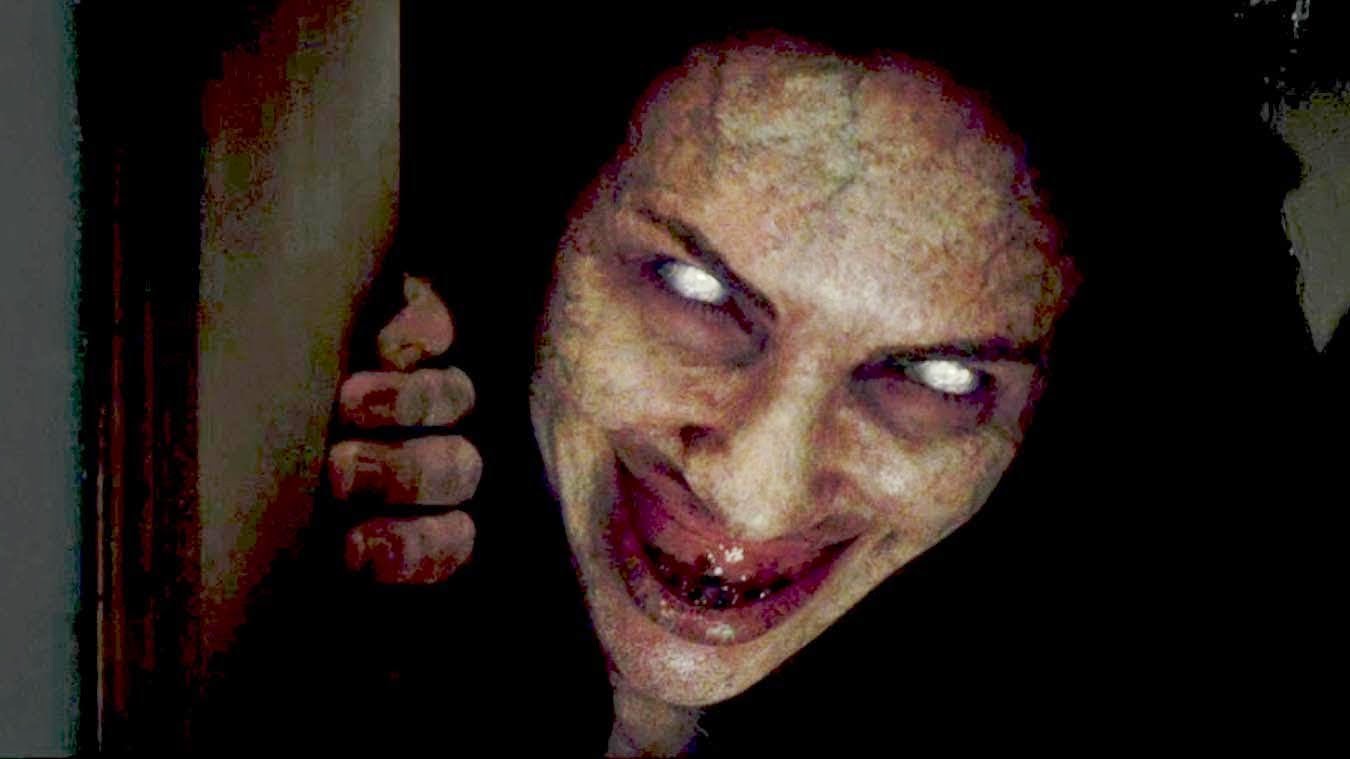 I said knuckles, not eyes.

And the gore scenes that do make their way into the film pack that much more punch for their careful precision. In fact, one scene late in the film that I will not spoil is one of my favorite gore scenes I've seen this year, powerfully psychological at the same time as being viscerally bloody and revolting.

Unfortunately, this tight psychological horror flick that was on its way to receiving a solid 8 or 9 rating began to lose its bearings in the third act (A common affliction in horror. It's an epidemic.) and ended up spinning its wheels needlessly for about 25 minutes, neither furthering the plot or the horror, content to just spin the characters around like a carousel.

The ending is too plain to be affecting, the ever present powerful themes don't get a complete workout, and all in all the finale is just too weak to be attached to a film of its caliber. It was quite upsetting. But I enjoyed it nevertheless. In spite of its flaws, Oculus is a sharp exploration of themes of insanity and perception for a large portion of its run time and intelligent horror like that just doesn't come around every day anymore. 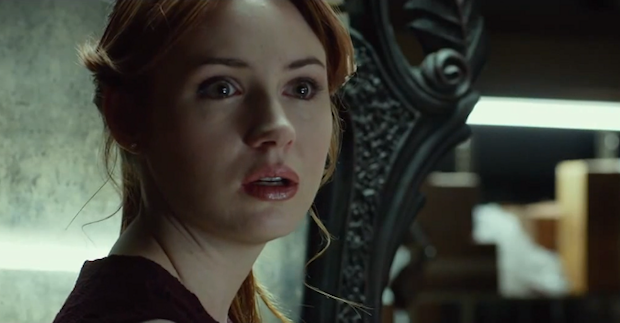 TL;DR: Oculus is a clever psychological horror film that deflates by the end of the third act but is nevertheless a terrific modern fright flick.
Rating: 7/10
Should I Spend Money On This? If you're in the mood for horror, this is one of the better ones. And hey. You might like the last third better than I did. Inexplicably, different people have different tastes.
Word Count: 736
Also sprach Brennan at 2:30 PM