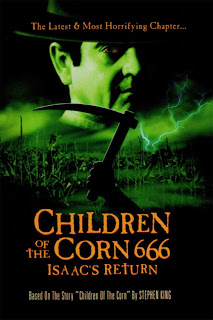 Alright, alright. I know I was asking for too much by hoping that Children of the Corn 666: Isaac's Return would be good. But against all odds I've been having a good time with these movies, including the objectively crappy previous entry Fields of Terror. But I maintain that John Franklin was one of the few shreds of a justification for people remembering the original film with any sort of fondness. And this one was even directed by a woman, only the second time in Popcorn Culture franchise marathon history that this has happened (Rachel Talalay scored a more prominent entry with Freddy's Dead: The Final Nightmare).

I wasn't wrong to hope, was I? 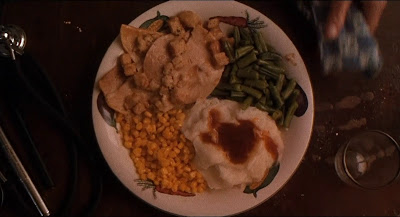 Let me answer that by telling you that this is the most dynamic shot I could find from the film.

In Children of the Corn 666: Isaac's Return, we follow Hannah Martin (Natalie Ramsey) as she arrives in Gatlin, Nebraska several days before her 19th birthday, which also happens to be Halloween. It's the town where she was born, but she was adopted and kept away from it her entire life. She has come to seek her birth mother, but her presence also brings the spark that resurrects former child preacher Isaac (John Franklin, who also co-wrote this film), who has been in a coma for 19 years.

The town now seems populated exclusively by people too old to be there, a couple grown up children of the corn - including Rachel (Nancy Allen, the sole famous face slumming it in this one), the child priestess who provides the jump scare at the end of the first film - and a bunch of teen boys, one of whom is the firstborn child of the children, who Isaac wants to mate with Hannah and birth a master race of children, who presumably will rise up and destroy him and everyone else, because that's how this works, right? 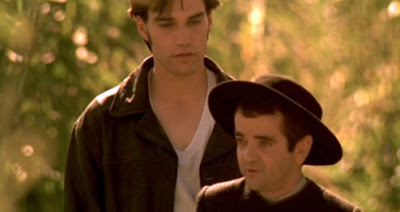 It's a whole thing, I don't pretend to know the inner workings of He Who Walks Behind the Rows.

The fact that I could barely get through the plot synopsis without tripping over myself and breaking a leg should give you some insight into how deeply incomprehensible this entire experience was. Not a lick of it makes sense, down to the timeline and everyone's relative ages (one teen mentions his genetic line can be traced all the way back to Isaac, which shouldn't be too hard, considering they're exactly one generation apart). When Texas Chainsaw 3D has a more legible timeline, you've got a serious problem.

Plus, this film attempts to have a bunch of creepy children scuttling around in the background, even though the cult has clearly gone dormant so they're not murderous or even especially rude. The entire film is replete with decision-making like this that values what might be coolest [sic] in the moment, and thinks about the big picture so infrequently that it shrinks into microscopic dust.

It's an illegible mash of things I wouldn't even deign to call clichés because it's stuff nobody has ever included or would want to include in a horror film, like a random rap song during a suicide scene or a killer reveal where the character goes full Robin Williams in Aladdin. And anything that might have even been a little scary is constantly deflated by Ramsey, whose performance would seem to indicate that she's mildly irritated by everything that's happening, as if it were a mosquito bite, or a fridge that doesn't have her favorite flavor of La Croix. 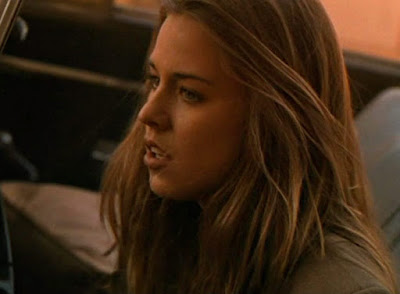 "Ugh, this dead body is really gonna interfere with my brunch."

And as much as the film is stuffed with a billion tiny details that don't make sense, the plot moves like tar being blown through a twenty-foot hose. The Children of the Corn franchise has only ever had an on-and-off relationship with the slasher genre, but there are a paltry handful of infrequent kills here, which only start to happen 40 minutes into an 82 minute movie.

Fortunately, one of those kills is worthy of the impressive effects that mark at least a couple scenes in all of these sequels. A young woman gets her face split open with a scythe in an effect that's terrifyingly brutal and in-your-face. It's like Lucio Fulci stepped in to direct thirty seconds of this otherwise Z-grade paranormal flick. But that's not to say the director is really the problem here. Skogland does land some attempts at atmosphere that thwarted the previous film's director, including a quite pretty shot from beneath the bars of an EEG machine that starts to come to life, or a Raimi-esque moment of an imaginary body spraying blood all over Hannah from a tree.

Although I must say, whoever decided that the entire film needed to be shot through an orange filter should have to write a personal letter of apology to every single person who has ever sat down to watch this film. I have a photosensitivity and use a blue-light-blocking program called Flux on my computer that turns the screen orange to help reduce eye strain, and I was halfway through checking to make sure that function was turned off when I realized my computer wasn't even in the room because I was watching this movie on DVD. It's just that orange. 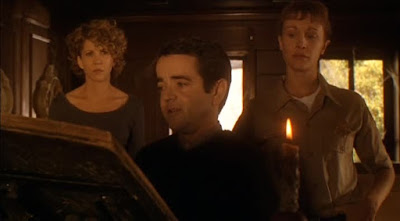 This isn't a student film set in the Old West, as far as I can tell. What's even happening here?

Other than the head-splitting scene, I have exactly one good thing to say about Children of the Corn 666: There's a scene where two men kiss. It's completely unjustified by anything set up in the script [sic] or the characters [sic], but I'll take whatever representation I can get in my 90's horror cinema.

OK OK, and there are a couple scenes that are sort of creepy completely by accident, because the way the dialogue completely fails to match what's happening onscreen is a little off-putting and the aggressively liberal application of slow motion makes you feel trapped. So that's nice, I guess?

Look, I always celebrate women who managed to fight through the trenches of 80's and 90's horrordom to earn such a prominent director's spot, and I'm so glad Skogland has gotten herself a thriving TV career thanks to this opportunity, but I'm not progressive enough to pretend I liked this movie, nor recommend that anyone ever turn their eyes toward even a frame of its unholy existence. OK, maybe the gay kiss scene, but that's it! Promise me that.