The Chavs And The Chav-Nots 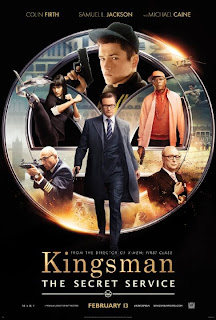 Comic book movies are getting stale. Don't get me wrong, I dug Avengers 2 and Guardians of the Galaxy. But let's be honest. Do we need a third Spider-Man reboot? Do we need another sarcastic superhero fighting someone who has developed powers exactly the same but slightly stronger than his?

Luckily we have Matthew Vaughn. Love him or hate him, he has a talent for making some of the more interesting comic adaptations scattered around the movie landscape. His style is rigorously anti-mainstream, full of blood and guts and a kind of ruthless energy that has been lost amid a litany of Iron Man sequels. But enough about superheroes. Kingsman: The Secret Service is a goddamn spy comic book movie and it is awesome. 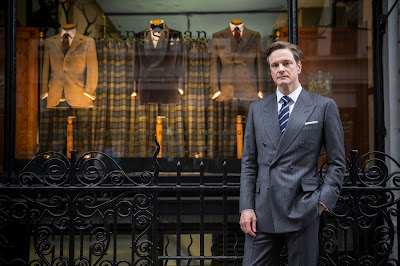 And contrary to popular belief, no, it is not a sequel to The King's Speech.

Kingsman tells the story of young Eggsy (Taron Egerton), a thuggish British teen growing up in poverty. His father was a member of a secret spy agency known as the Kingsmen, the modern knights of the round table. When he is referred to this organization via Galahad (Colin Firth), he begins his training with a group of posh candidates who look down on him for his social status.

But when it becomes clear that the American tech mogul Valentine (Samuel L. Jackson) is going to use his ubiquitous technology to cull the Earth's population (ie. all the people not rich or noble enough to "deserve" life) with a frequency that turns people into insatiable, violent rage beasts, Eggsy might just be the only one noble, clever, and strong enough to defeat him. 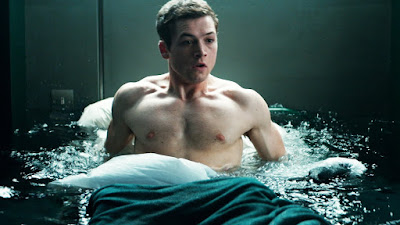 Only the pure of heart and pure of ab are worthy to wield the sword of the Kingsmen.

The story is very been-there-done-that and Kingsman knows it. Its more meta moments are a bit weak and pandering, but as a pastiche of the greatest spies from James Bond to Jack Bauer, it's aces. It's zanily kinetic, no-holds-barred fun.

Whether it's a girl with metal legs that can cut through a man like a knife through water, driving backwards through heavy British traffic, or a cavalcade of super cool gadgets (the likes of which have hardly been seen since the early Bond days), Kingsman ups the ante on the typical spy movie clichés, turning up the gas at every turn.

In typical Vaughn fashion, the action is a little more blood-soaked than the typical spy movies, especially those before the glorious rise of the 1980's. But never fear! Though the available grue is more than enough to satisfy the cravings of grotesquely depraved gorehounds like myself, it's also toned down enough to be palatable to all but the weakest stomachs. Basically, if you can handle putting a Hello Kitty Band-Aid on your cut, you can handle this movie.

...More or less. There is one sequence where even I found the violence to be excessive, actually crossing the line between "over the top" and "maybe we should consider lowering the top." But save for that one slip-up, the violence is nothing less than a comic-fueled bonanza of excruciatingly cool spy combat. 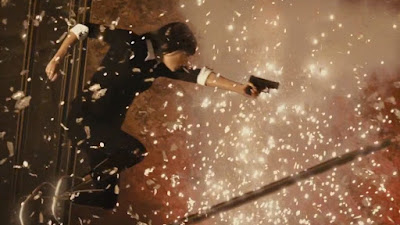 In addition to its exuberant action, the Kingsman has a surprisingly refined funny bone. Samuel L. Jackson is perhaps given the best material (concerning his character's distaste for violence), but Egerton absolutely owns a thuggish role that inhabits a world of unintentional comedy. However, the biggest surprise in the film is Colin Firth, who displays a side of himself that's never been seen before, shifting effortlessly between being perilously genteel and a hard-edged lightning bolt.

Underneath it all, Kingsman  even has something to say! I mean, how lucky are we? Like a disconcerting amount of 2015 films, its main villain makes a convincing argument on the back of the devastation of global warming, and the bulk of the story addresses the indecent class disparity that affects everyone in our society, whether we like it or not.

The Kingsmen is an organization with noble blood, purportedly seeking to preserve the safety of the people. But the fact remains that these supposed knights balk when it is suggested that a commoner join their team. In its way, Kingsman shows that an endless search for money and status makes us fallible, no matter how noble our goals. I shan't go into too much detail on this, for fear of spoiling the third act, but rest assured that Kingsman is highly politicized, and whether you agree with it or not, it's reassuring to see genre filmmaking returning to a place of intelligence and promoting conversation. 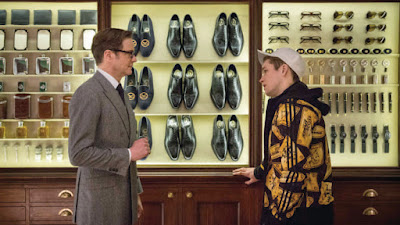 That said, Kingsman is not perfect. For one, its approach to women tries hard not to be demeaning, but only occasionally succeeds. Two strong female characters become warped and twisted beyond hope: one is shuttled off to the side to flail meaningfully but uselessly on the sidelines, and the other is turned into a twisted gorgon, a hyperbolically sexual stereotype that is just plain embarrassing no matter what side of the glass ceiling you're on.

And I prefer to be on this side, thank you very much.

But all in all, Kingsman: The Secret Service is just plain fun. With the perfect cast, a manically charming director, and a great deal of high-octane action stuffed in to taste, it's a thrilling romp through the spy genre from a modern perspective. Go seek it out if you haven't yet. Not all February releases are crap, as it turns out.

TL;DR: Kingsman: The Secret Service is a thrilling and clever modern spin on the classic spy adventure genre.
Rating: 8/10
Word Count: 972
Also sprach Brennan at 10:06 AM