How The Time Flies

Well hello there, dear readers! Today is a very special day. Two years ago today, Popcorn Culture was born! In one of those serendipitous twists of fate that only seem to happen in movies but leak out into real life sometimes, this is also the blog birthday of my good friend Hunter over at Kinemalogue. You should give him a visit. Consider it making up for the fact that you didn't buy me a gift.

Since the traditional second anniversary gift is cotton for some reason, our celebratory list for today will be: 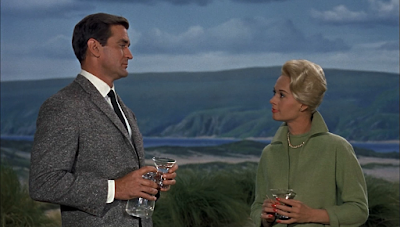 My undying love for The Birds has earned me no horror awards. Yet. But my passion continues, a roaring, crackling flame. This green outfit has perhaps not aged as well as it could have, but it's intrinsically tied in with her character, a complex, bored society women who suddenly finds herself trapped inside the worst hell nature can offer. It's thematic, it's brilliant, and she looks fantastic. What more is there to say? 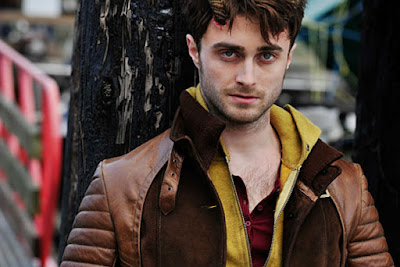 I love love love this outfit, which highlights everything that isn't Harry Potter about Daniel Radcliffe. It's slick, it's cool, and it's street fashion at its highest degree. If I had a wish list for blog readers to send me things, this outfit would be at the top. Hint, hint. 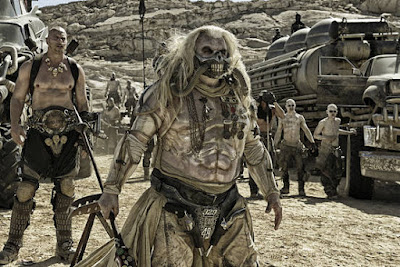 OK, so this isn't technically a horror film. But screw that, it's my blog birthday. Immortan Joe's iconic costume, much like Darth Vader's, is functional rather than fashionable: It's a suit designed to keep the pale, ill, irradiated despot alive. The plastic body armor is hooked to a breathing apparatus that looms fleshily over his back, feeding oxygen into his mouth via that terrifying Donnie Darko face mask. It's remarkably stunning costume design, and I'm not likely to forget it anytime soon. Or ever. In my life. 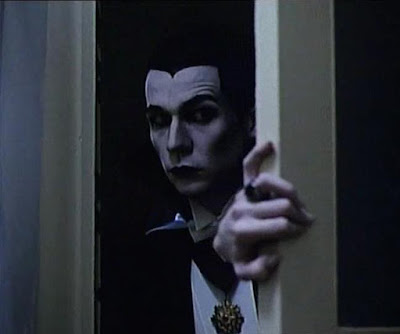 I didn't care much for this movie with its moppish Final Girl and uncharismatic, deeply strange lead, but this outfit is superb. The killings in this movie are themed to imitate classic films, and none of the various incarnations of Eric Binford rival the majesty that is this glorious make-up job, which more or less perfectly turns reality into a black and white film for a few blissful moments. Then a hooker gets impaled on a fencepost. That's slasher movies for ya. 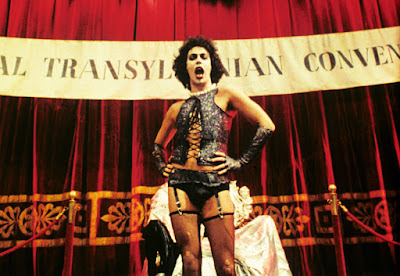 This is the outfit that earned Rocky Horror the longest theatrical run of any movie in the annals of space and time. Cobbled together from a low budget consortium of lingerie, this indelible outfit changed the face of cinema history. And damn, does Tim Curry pull it off.

#5 The Killer's Dancing Bear Costume in Girls Nite Out 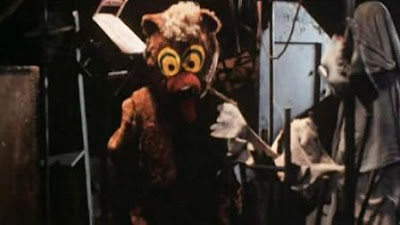 This costume is high camp at its finest. Combining a silly, colorful design with a genuinely terrifying weapon (the steak knife claws sheathed in his big fluffy paws), the Dancing Bear is a perfect ironic Killer for a thoroughly weird and delightful slasher.

#4 Johnny Depp's Crop Top in A Nightmare on Elm Street 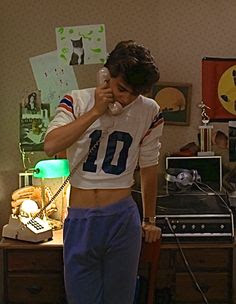 Do I even need to explain myself here?

#3 Béatrice Dalle's Black Dress in Inside 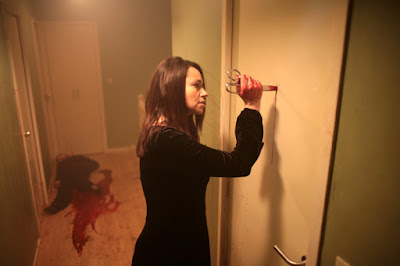 Inside is one of the classic films of the French Extremist genre, combining over-the-top gore with a heretofore unknown artistry and class. The black dress encapsulates that tone to a T, swirling with the violent, chaotic motion of its owner, swooping like the Angel of Death without ever diminishing its beauty. 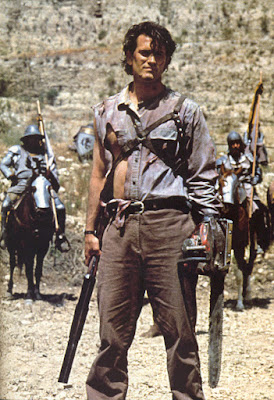 I can't say I'm a huge fan of the more action-oriented third Evil Dead movie, but nevertheless this costume is the perfect complement to its loopy tone. Bruce Campbell has never looked better than as the besieged badass whose hardened, indescribably cool appearance provides a stark contrast to his Stooge-like antics. 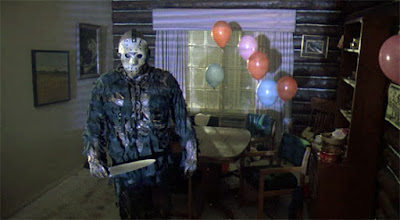 You can tell this movie was directed by a special effects guy. This glistening costume lovingly displays Jason's riddled corpse to its best effect. With a slimy bit of spine poking out the back and the battered, lake-worn hockey mask sitting atop it like a trophy, no Jason has ever been more lovingly detailed and disgusting. Combined with Kane Hodder hulking appearance and series-best performance, it creates one of the scariest killers of modern time. Too bad the movie still sucks, but I take what I can get. Maybe "worst" is a strong word. I absolutely adore this blonde abomination, but let's be honest. This hairstyle should be locked in a safe an submerged in the Mariana Trench. 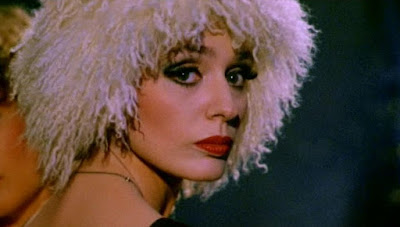 Just like about everything else in StageFright (including the spectacular, atrocious sax-riddled score), this outfit goes above and beyond in its attempt to rival the already screechingly 80's fashions of other, lesser horror films. 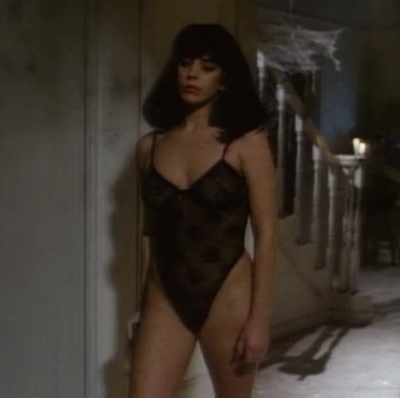 If my whole movie was going to be about busty girls in their skivvies, I think I'd want to invest in something sexier than a formless one piece and a Dora the Explorer wig. 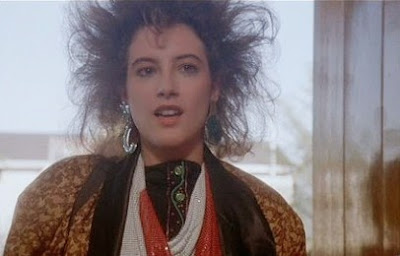 This costume has to be a joke, right? Somewhere down the pipeline, you're telling me no actor, hairstylist, production designer, director, producer, or local deity stopped to think "Hmm, maybe this won't age well?" 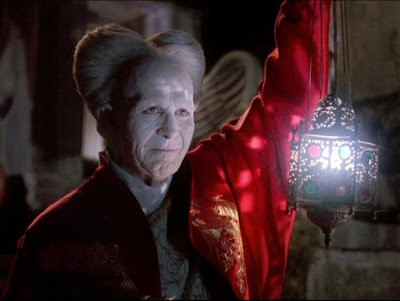 Here we are. The creme de la creme. The strong suit of Bram Stoker's Dracula is its hyperbolic, gaudy stylization, but this costume is where the film oversteps its boundaries. It's like what Baz Luhrmann sees when he presses on his eyes too hard.


So there we go. Another year down, another glorious year of slicing and dicing to come. If you've been here since the very beginning, I bow down to your commitment. If you've come more recently than that, welcome! Thank you for reading and, by doing so, encouraging me to keep pursuing my relentless, daunting movie reviewing goals. Now if I could only get someone to pay me.
Word Count: 1078
Also sprach Brennan at 8:15 AM