Surely You Can't Be Sirius 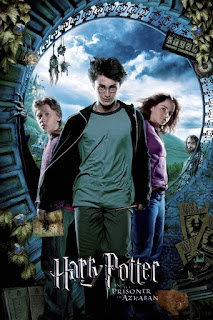 Harry Potter and the Prisoner of Azkaban is the point where the series begins to settle in for the long haul. It’s still self-contained and epic-lite, not yet reaching the dark depths of the following entries, but the series first finds its personality in the chapters of this, the third book.

Prisoner of Azkaban, the third film in the franchise, is directed by Alfonso Cuarón, the man behind Gravity, my second favorite film of 2013 and one of the most perfect sci-fi thrillers ever created. Needles to say, he is a deeply idiosyncratic director capable of tremendously great things. Azkaban is not one of them, but it’s a damn sight better than the profoundly impersonal Chris Columbus’ Sorcerer’s Stone and Chamber of Secrets, which feel like dusty museum pieces. Azkaban may have inherited many of their laws, but at the very least it crackles with much-needed life. 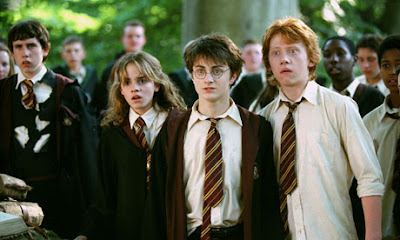 Harry Potter and the Prisoner of Azkaban, in case you have been buried in soft peat for the past 18 years out of reach of a library, tells the story of thirteen-year-old wizard Harry Potter (Daniel Radcliffe). When he returns to the Hogwarts School of Witchcraft and Wizardry for his third year, he discovers that a violent escapee from the wizard prison Azkaban – Sirius Black (Gary Oldman) – has him in his sights. As a result, the school is being guarded by the dementors, a race of hooded, soul-sucking creatures that feed on happy memories and who affect Harry tremendously thanks to the atrocities in his past.

To help defend himself from the dementors, Harry takes extra lessons with the new Defense Against the Dark Arts teacher, Professor Lupin (David Thewlis), with whom he develops and instant rapport. As the year wears on, Harry – along with his best friends Ron (Rupert Grint) and Hermione (Emma Watson), must battle the dementors, discover the truth about Sirius Black, and fight to save the life of Buckbeak the hippogriff – a favored companion of their friend Hagrid (Robbie Coltrane) – after it nearly gores their rival Draco Malfoy (Tom Felton) for being a douche with hair like a cantaloupe dropped from a skyscraper.

The jump in quality between Columbus and Cuarón is immediately apparent from the opening scene – which is the best in the series thus far - and continues until the very end, enveloping the film in a warm, loving embrace. The difference in the aesthetic and production design is legitimately staggering.

The magical world of Hogwarts dusts itself off to become a nuanced, living, breathing organism that acts as an additional, fully fleshed out character. Included in the castle’s thorough redesign is a clock tower, a beautiful spindly bridge that could only be held up by magic, and a Stonehenge-like structure that connects the passage from the castle to the grounds. With these additions, Hogwarts becomes more open and fluid (not to mention unbelievably pretty), lending it a sense of unified geography instead of the previous films’ disjointed Rolodex of medieval-looking university broom cupboards.

The costume design is also similarly unstifled. Variations are provided in the black Hogwarts uniforms and the film introduces street clothes to the characters’ wardrobe, allowing them to switch up the color scheme and spruce up the one-note drabness of the previous, more book-reliant entries.

On top of all of this, Cuarón introduces some stylistic fillips that do wonders fleshing out the vast world around the miniscule scope of Harry’s school adventures with his friends. The film’s transitions are effortless, showing the castle in bustling action (my personal favorite touch being the use of the Whomping Willow to depict the passage of the seasons), allowing the film to sprint along at a spritely pace. 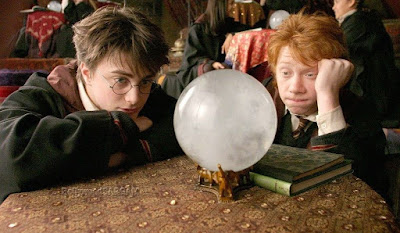 It’s a real breath of fresh air following the interminable Chamber of Secrets.

I could go on and on about how the film displays increased facility with framing, containing more singularly striking images than the other two films combined, or how the inclusion of a  “toil and trouble” musical motif introduces a cheerily baroque, almost medieval tone, but I must remember that my esteem for Azkaban is largely hyperinflated in comparison to its immediate predecessors. As a matter of fact, Azkaban has a tendency to get bogged down by almost the exact same problems, though they are fewer in number.

First and foremost, the plot, while more limber and fast-paced thanks to some well-executed excision, is a little too thin on the ground, cutting out important details. And I don’t mean “wah, wah, they cut out the reveal that Crookshanks is part kneazle, I’m a nerd, kick me.” I mean, “The third act is based almost entirely on a series of revelations that hinge upon information we weren’t actually given.” Yes, it’s true that most of the modern world has read the Harry Potter books. But that’s no excuse to lazily leave half your character moments scattered on the cutting room floor like they’re so many intern corpses.

Prisoner of Azkaban is likewise weighed down by an uncommonly shaggy cast. The child actors neither match their highest highs nor their lowest lows, trapped in an unremarkable limbo, but the adult cast buries its shiniest gems too deep into the third act. Beginning with Mark Williams’ unfocused turn as Arthur Weasley, the torch of mediocrity is carried beyond the prologue by David Thewlis’ stop-and-go performance. Their acting is about as patchy as their robes. In addition, Michael Gambon (replacing the late Richard Harris as Headmaster Dumbledore) has yet to settle into the ethereal otherness of the role, and Potter mainstays Maggie Smith and Alan Rickman are unceremoniously stacked in a disused corner.

The newcomer trio of Emma Thompson (as the flighty Divination professor Sibyl Trelawny), Gary Oldman (as the shattered, hollow Sirius Black), and Timothy Spall (as the sniveling, smarmy Peter Pettigrew) are all unforgivably incredible, but their best work comes after a Lord of the Rings-length slog through bare adequacy. Thanks to the hard-earned efforts of a solid cast at their most mediocre, the film’s emotional beats feel cold and perfunctory. 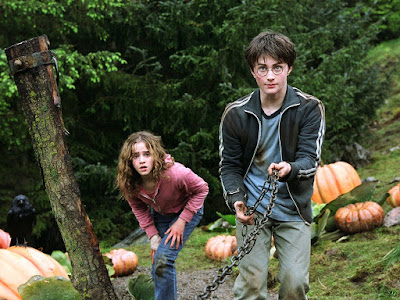 The film slightly makes up for these deficits with an omnipresent puckish sense of humor. But sometimes it slips too far into kiddie territory, most notably with a Jamaican shrunken head that talks, which will make you want to fill your ears with cement.

The last bastion of quality in Prisoner of Azkaban is the special effects, which are without qualification the best of the series up to this point. Maybe the extra year gap between 2002’s Chamber of Secrets and Azkaban allowed CGI technology to catch up with the series’ ambition, or maybe the FX crew simply cared more. Who knows.

They grew a smidge too self-indulgent when they made the decision to digitally animate a dog instead of doing the blisteringly easy thing and picking one up from the pound, but the rendering of the creatures – Buckbeak in particular – is superb, largely free of the alienating side-effect of looking like the monsters are occupying some dimension that’s next door to ours. They even figured out how to make Hagrid work, allowing him to share frame with other actors, rather than sit up all on his lonesome in claustrophobic low angle close-up shots.

The only rough patch is the (SPOILERS – oh, who am I kidding) werewolf, but that’s more the fault of a goofy design than shoddy animation. 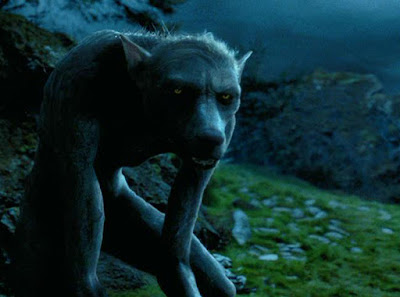 So there you have it. Prisoner of Azkaban is unmistakably the best early Harry Potter movie, but it’s still an early Harry Potter movie. There’s a lot more to chew on in a much more manageable time frame, recommending this film far more than the others in the original three, more child-oriented Potters. It’s not Cuarón’s best work, but it’s still Cuaróns work, and that counts for a lot.