Thinking Outside The Box 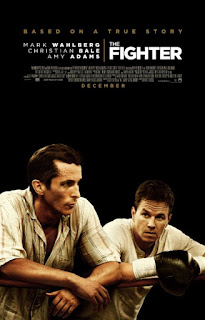 Thanks to Sergio’s ineffable commitment to attempting to make me a more culturally fluent person, I have finally seen a David O. Russell film. My firm resistance has been plied by a series of ice cream cones, not far enough to get me to watch Silver Linings Playbook, but with enough resolve to get me in front of the director’s 2010 effort, the “based on a true story” boxing flick, The Fighter. 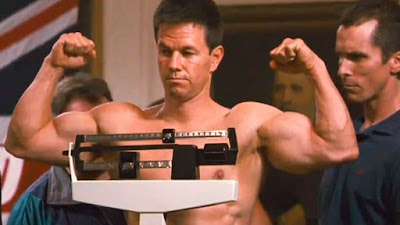 Or, should I say, “boring” flick. Zing! OK, the fact that I actually liked the film diminishes the effect of this joke, but I had it locked and loaded and I couldn’t resist.

The film tells the true story of the rise of boxing champ Micky Ward (Mark Wahlberg), a down-on-his-luck boxer from Lowell, Massachusetts. He is tired of being a stepping stone for other, better boxers and longs to emerge from under the shadow of his older brother Dicky (Christian Bale), a careless tweaker who is still coasting on his knockout of Sugar Ray Leonard over a decade ago.

When Mickey gets together with the sexy, supportive bartender Charlene (Amy Adams), who encourages him to pursue training away from his current coach – Dicky – and his current manager – his mother Alice (Melissa Leo) – he struggles to choose between escaping his overbearing family who he believes might be crushing his last chance for a championship or staying with the people who have always loved him and stood by his side, albeit in their strange disjointed way. 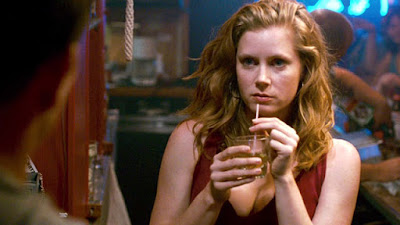 I know which side I’d choose, but only because I honestly believe that Amy Adams could kick Christian Bale’s ass.

Usually, one’s enjoyment of this type of movie is entirely contingent on one’s appreciation of the sport at the center of it all. The reason for this is, with the exception of the modern masterpiece Cool Runnings, the vast majority of athletic competition films devote themselves to a pornishly detailed depiction of the intricacies of the game.

Don’t get me wrong. Some of these films are terrific. And some of them are Space Jam. But I am not a part of their loud, nacho-swilling demographic. I bring this up because The Fighter spectacularly avoids these pitfalls, focusing almost exclusively on family drama and character study. 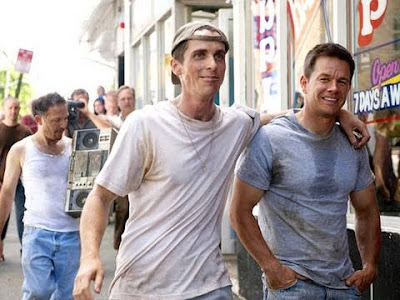 If you love sports and family dramas, you are a beautiful person and I envy your worldliness.

What is most surprising about The Fighter is that, sandwiched between the drama and the punching is a not inconsiderable vein of humor. This is largely provided by Micky’s mother and his sisters, a gaggle of loudmouthed Bostonians with hair like an SNL sketch about suburban moms. Without this, The Fighter would be a much flatter, more dour film. But as it stands, the humor elevates the film completely, allowing one to easily forget about its uninspiring technique, which only once aspires to do something new with the filmmaking tools at its disposal.

The moment I’m referring to is a doozy though, underscoring a frantic Dicky with the pounding of Micky’s boxing bag while he trains alone at a session that was supposed to be with the two of them. Beyond that, the filmmakers don’t attempt anything particularly ambitious (save for one moment that flirts with emphatic musicality and is soundly rejected), generally letting the dialogue and performances speak for themselves.

Luckily for everyone, this turns out to be enough. The Fighter is helmed by a quartet of admirable actors giving varied, but equally stable and committed performances. The best is probably Bale, who is up to his favorite trick of completely altering his body and wrecking his physique to inhabit Dicky’s body physically. But he doesn’t just stop there and coast, thankfully. His Dicky comes alive in a mélange of tics and infinitely shifting emotions, performed with the grace and precision of a master ballerina.

The other three performers don’t go the whole hog like Bale, but they show admirable verisimilitude in their willingness to perform in unflattering conditions, drenched in summer sweat, a picture of grubby “real America.” Melissa Leo shines as the film’s tonal switchboard, effortlessly balancing and rerouting the drama and humor in perfect proportions, Amy Adams plays against type, reveling in a character that’s rough-and-tumble, fiery, and aggressively loyal, and Mark Wahlberg is Mark Wahlberg. 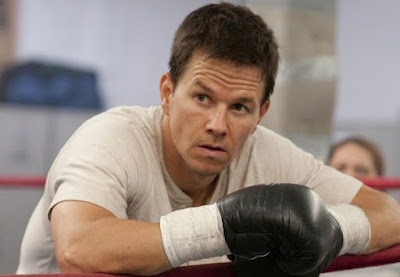 Wahlberg turns in an utterly adequate performance, as he rarely fails to do when allowed to use his native accent, but he just can’t compete with the high caliber talent that outshines his more fundamental acting style.

So that’s The Fighter in a nutshell. A sports film with unusual tendencies, solid talent, and unremarkable atmosphere. It doesn’t stand out amidst the roar of Oscarbait cinema, but neither does it sink into the much. It’s uniquely fun for a film of its stock (there’s a little nerd pun for ya, you’re welcome), and it’s worth a look, as long as you’re a fan of Amy Adams and punching.