The Night HE Came Home 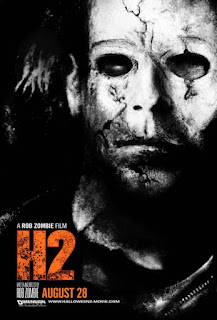 Trick or treat, mother f**kers! It may have taken a year longer than it was supposed to, but my All Hallow’s Eve present for you all is the final entry in our Halloween marathon! To be completely honest, I would have gotten to it sooner, but I’ve seen Rob Zombie’s Halloween II before and knew better than to approach it unarmed. It took me so long to psychologically prepare that it was almost the next October, so I decided to save it up to use as an endcap to my all-too brief Exorcist marathon.

[EN: For the record, this review is of the Director’s Cut, which seems to be the version that’s most readily available these days.]

So, Halloween II. Back in the days when a remake could actually get a theatrical sequel, not that it happened much anyway. The only one I can recall is the prequel Texas Chainsaw Massacre: The Beginning, and then a handful of DTV follow-ups to Fright Night and I Spit On Your Grave for some reason. I can see why Rob Zombie’s Halloween was one of the lucky few. As shrill and mean-spirited as it is, it struck a chord with the edgier youth demographic. It’s popular with a small but rabid group, and it’s the prerogative of the Akkad family to keep pumping these films out as long as there are wallets to receive them. But boy do I wish they hadn’t made Halloween II, because that story had nowhere to go and it does exactly that. 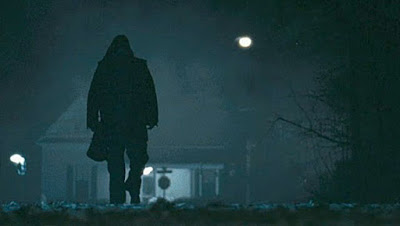 In Halloween II, Laurie Strode (Scout Taylor-Compton) is living with the only other survivor of the Michal Myers (Tyler Mane) rampage two years ago – Annie (Danielle Harris) – and her dad, Sheriff Brackett (Brad Dourif). Still dealing with the trauma of that fateful Halloween night and newly reeling from the revelation in fame-hungry Dr. Loomis’ (Malcolm McDowell) tell-all book that she’s Michael Myers’ sister, Laurie goes through life vaulting between the equally pleasant poles of Nasal Shouting and Complete Emotional Breakdown.

She’s plagued by nightmares, and of course Michael picks this moment to show up again, emerging from the backwoods looking beardy, filthy, and uncannily like Rob Zombie himself. He wreaks havoc by killing her new friends whose names I didn’t bother to learn, as well as some amusingly random townsfolk. So yeah, Michael is haunted by visions of his mom (Sheri Moon Zombie), who’s convincing him to kill people, kidnap his sister, and also hang with a dream horse, because hey- Rob Zombie had to fit his wife in there somewhere, I guess. 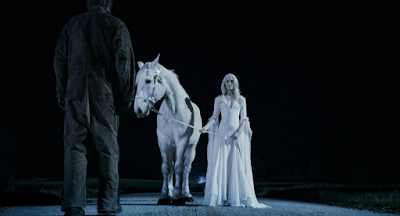 And she needed an excuse to dress like she was going to a Fleetwood Mac concert.

One thing I will say about Halloween II is that it improves greatly upon its predecessor, though that bar is so low you could crawl over it. But in attempting to craft his twisted new mythology for the Myers siblings, Zombie finally lets go of the alit vestiges of John Carpenter’s property, freeing himself from slavishly copying the original film, only with more Annoying. The unsettlingly brutal kills are toned down, as is the lewd clowning of every single character. In fact, everything is toned down, because Halloween II is barely a movie.

Once you get through the 25-minute dream sequence that opens the movie (it’s supposed to be jarring, but it’s mostly just an excuse to replace exposition with chase sequences and give Octavia Spencer one of her final sassy Black Coworker roles before she starred in The Help – this scene is so obviously not trying that her character is actually named “Octavia”), you’re stuck on a rockabilly merry-go-round for an hour, cycling endlessly between any of these three scenes:

1) Dr. Loomis is a giant, throbbing asshole to his publicist while on tour for his book, simultaneously adding nothing to the narrative and demolishing his character from the ground up.
2) Laurie Strode shrieks/cries/vomits at/on her friends/therapist/self.
3) Somebody around town does vulgar, despicable things for 2 ½ minutes, then Michael Myers teleports in and murders them.

The actual plot, insofar as this shattered pile of unfathomable motivations can be called a “plot,” doesn’t kick in until the final 20 minutes. It’s actually pretty reminiscent of the dire Halloween 5, down to the detail that the characters go to a pointless barn dance in the beginning of Act 3, only to lazily drift over to the true location of the finale. And then it’s just… over. 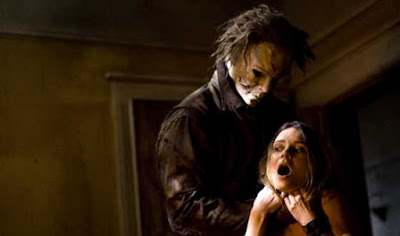 I guess I should thank it for not sticking around.

Although Halloween II is less grating overall than Halloween 2007, that doesn’t mean Zombie’s not up to his usual “Tobe Hooper turned up to 11” tricks. Every single cluttered, dingy set either looks like a punk club’s bathroom or an episode of Atlanta Trailer Park Hoarders. And every single character is an unlikeable fountain of vitriol, whether they’re facing a serial killer or eating pizza at the kitchen table. People in Halloween II don’t talk. They either shout or they whine or they die. There’s no in between, no calm before the storm. Everything is just storm.

It certainly doesn’t help that the ensemble has less of a grip on the material this time around. Harris and Taylor-Compton can’t find the shreds of humanity they clung to in their roles last time, because there aren’t any. And Malcolm McDowell is completely wasted in a role that violates continuity to resurrect him, only to have him do nothing useful at all (to be fair, that’s  pretty much what they did with Donald Pleasance the last three times). Then there’s Sheri Moon Zombie, who talks to her onscreen son like he’s a girlfriend she ran into a Starbucks. Even the infallible Brad Dourif can’t find his footing and serves up a huge tray of ham during a supposedly heartfelt moment.

While I could go on and on about the obvious metaphors, the mask that makes Myers look like Sideshow Bob, or the ultimate violation of the character by having him speak, and any number of vicious complaints, let’s end the review on an uncharacteristically positive note, shall we? Rob Zombie really does know how to shoot moonlit streets at night, and Halloween II is chock full of beautiful suburban imagery with pristine, almost elegant lighting. So that’s nice, I guess. It certainly helps in making this sequel much more bearable It’s undoubtedly a bad movie, but its bisected narrative helps it fly by and the jagged tonal edges are at least sanded down a little bit. ¡Viva Halloween II!

Killer: Michael Myers (Tyler Mane)
Final Girl: Laurie Strode (Scout Taylor-Compton)
Best Kill: Michael Myers dies, meaning we won’t have to deal with this incarnation of him anymore.
Sign of the Times: The fact that this remake sequel even exists is a pretty clear sign it’s the 2000’s.
Scariest Moment: After a car crash, a paramedic spits blood from his mouth and shouts the F word for approximately five minutes, and you realize this is how the movie is gonna be the whole time.
Weirdest Moment: Weird Al Yankovic has a cameo in this movie
Champion Dialogue: “Bad taste is the petrol that drives the American dream.”
Body Count: 19
TL;DR: Halloween II is boring, vulgar, and mishandled, but at least it's better than the last one.
Rating: 3/10
Word Count: 1366
Reviews In This Series
Halloween (Carpenter, 1978)
Halloween II (Rosenthal, 1981)
Halloween III: Season of the Witch (Wallace, 1982)
Halloween 4: The Return of Michael Myers (Little, 1988)
Halloween 5: The Revenge of Michael Myers (Othenin-Girard, 1989)
Halloween: The Curse of Michael Myers (Chappelle, 1995)
Halloween H20: Twenty Years Later (Miner, 1998)
Halloween: Resurrection (Rosenthal, 2002)
Halloween (Zombie, 2007)
Halloween II (Zombie, 2009)
Halloween (Green, 2018)
Halloween Kills (Green, 2021)
Also sprach Brennan at 8:56 AM