Any good horror fan knows the rules for how to survive a horror movie. Do you know the rules?

As outlined by Randy Meeks in Scream:

These are the golden rules that will one day be embroidered on my modest but accommodating home's decorative throw pillows. However, there is a lot of ground that they don't cover. Yes, following these rules will help you get out alive, but in a cast of 12 to 15 nubile teens, only one or two of you will survive. The golden rules give you a step up, but in order to beat out the competition you need these 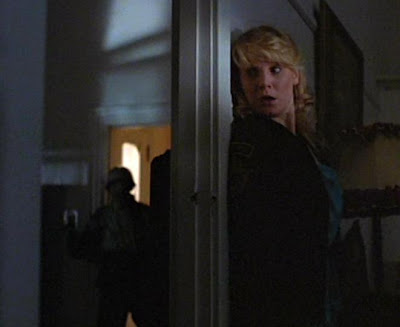 Where It Could Have Helped: Friday the 13th, The Purge, The Prowler

I know it seems counterintuitive, and this one does have some exceptions. If the killer is in the room with you and absolutely will murder you to death if you reveal yourself, by all means stay hidden. Just hope he gives up quickly and moves on.

But if the killer is unconscious, in a known location, or just ploddingly slow as killers are wont to be, Speedy Gonzales your way outta there. Haul your sweet little hiney as fast as possible and don't look back. Killers are usually tied to a location and there's a certain distance you reach where you'll be out of the woods (in some cases literally). Hiding just prolongs potential facetime with your pursuer and you don't want that.

If you're staying still, he will eventually find you. If you try to emerge from your hiding place, he already did find you. If you're a receding cloud of dust in the distance, there's nothing he can do. 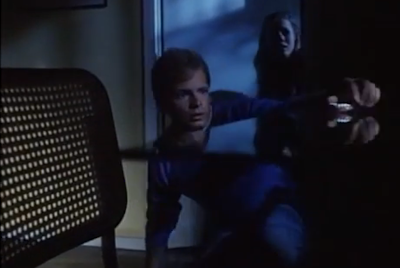 Where It Could Have Helped: Halloween, Slumber Party Massacre II, I Know What You Did Last Summer

You can't drive a car or open a locked door without the key. It's a simple concept, really. But when you're scrambling away from a twirling drill, you tend to forget about things other than RUN! If your keys are hung up on a hook or lying on the kitchen table, they are of no use to you and the killer has ample time to catch up with you - time you could be using to get the heck out of there.


3. DO NOT lean up against doorways. 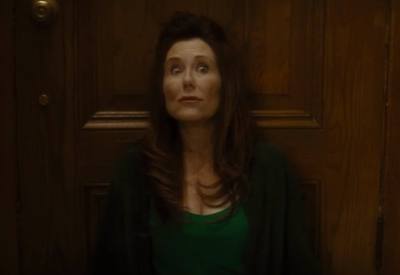 Where It Could Have Helped: Hatchet III, Scream 4, Friday the 13th: The Final Chapter, [REC]

The killer has likely already proven that he has superhuman strength, either by crushing your jock friend's skull or generally tossing your pals around like basketballs. Yes, it's great if you manage to get a locked door between you and your assailant, but his strength has not miraculously gone away. With a sturdy enough weapon (and the weapon is always sturdy enough), they can punch through that door like it's cellophane, gutting you in the process. So even if you need a rest, do it in the middle of the room. For Pete's sake. 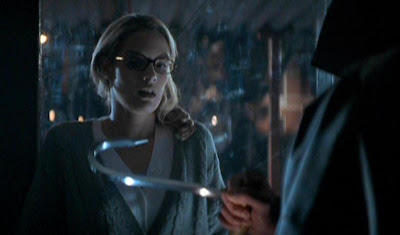 Where It Could Have Helped: I Know What You Did Last Summer, Halloween

If the killer has you backed up against a glass door that is locked, wedged shut, or otherwise inaccessible, smash the bajeezus out of that glass like you're at a Jewish wedding and scamper away. That's the beauty of doors made out of breakable material. Grit your teeth and grab a chair or throw a couple front kicks and you're home free. 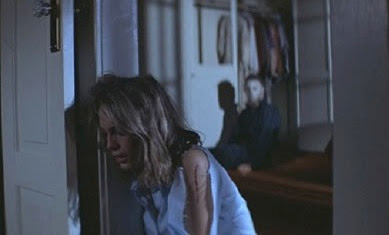 Where It Could Have Helped: Friday the 13th Part 2, Halloween

I'm looking at you, Laurie Strode. Once the killer appears to be vanquished, hold onto that knife you got. Especially don't drop it next to his lifeless form and limp away. That's a good way to land yourself in a sequel, missie. 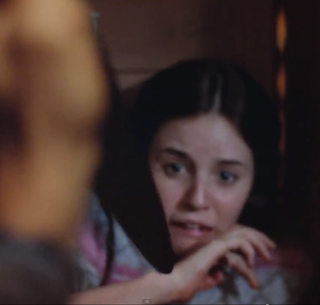 Where It Could Have Helped: Cold Prey 2, Friday the 13th Part 2, I Know What You Did Last Summer

A killer is advancing on you with a knife. Do you A) duck and bolt or B) stand there and scream? If you answered B, congratulations! You're dead. Just like countless others before you.

I know shock can be paralyzing but if you just sit there and take it, you have absolutely zero chance of surviving unless somebody else is standing behind the killer toting a shotgun. And even then, you're living on borrowed time and likely to die a couple scenes later anyway.


7. DO NOT open the door immediately after the killer vanishes. 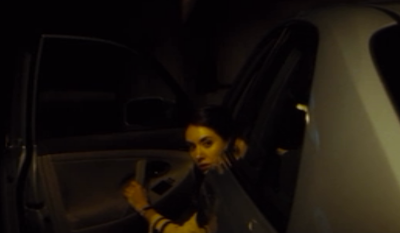 Where It Could Have Helped: Scream 4, too many others to name or even remember

So you've listened to me and you find yourself behind a locked door that you're wisely not leaning up against. The pounding stops and you hear footsteps heading down the hall. The coast is clear, right? Wrong. The killer is lying in wait and he will slash your throat the second you peep your little chickadee head out there. Wait. Wait forever. Wait until the Final Girl destroys him or until you see him outside your window. Only then can you know that doorway is safe for passage.


8. DO NOT be an autopsy technician. 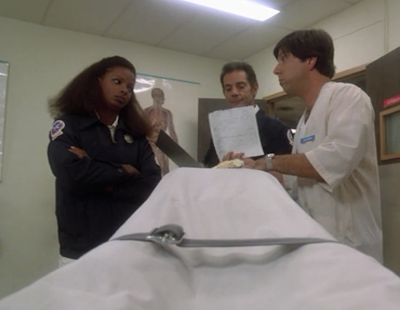 Where It Could Have Helped: Hatchet III, Behind the Mask: The Rise of Leslie Vernon, Friday the 13th: The Final Chapter, Jason Goes to Hell: The Final Friday

I'm sorry for any aspiring morgue workers out there, but if you're living in a horror movie chances are you're going to come across a camp counselor massacre or two. And along with the pile of teen corpses will come an inexplicably massive shape on a gurney. This is the killer. Killing is his job, and he won't let death stop him from ripping you in half at your workstation. 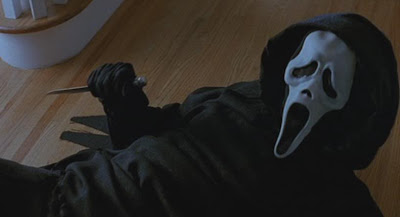 Where It Could Have Helped: Halloween, Scream, Cold Prey 2, Hellbent

Now, unless you're dealing with some sort of supernatural being like Freddy Krueger, your average serial killer is not indestructible, merely very resilient. At some point (especially if you're dealing with Ghostface, who seems to be particularly inept), you may get the killer unconscious on the ground after dealing a particularly heavy blow, or even shooting/stabbing him in a prime location. Whatever you do, don't you dare walk away. Kick him in the throat. Shoot him twenty times in the head. Cut him into pieces and burn the pieces. Cryogenically freeze the pieces and send them to Mars. Do whatever you need to do, but I guarantee you he isn't dead until you take the necessary steps.


10. DO NOT survive the first movie of a franchise. 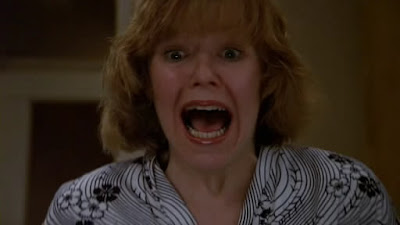 Where It Could Have Helped: Friday the 13th Part 2, A Nightmare on Elm Street 3: Dream Warriors, Halloween: Resurrection, Alien 3, Final Destination 2

If these rules helped you, congratulations! But you'd better hope your movie bombs at the box office. Because if you wind up in the middle of a franchise... well, good luck to ya. You're a prime target for revenge, bloody accidents, and cash-in cameos.

*resurrections notwithstanding
Word Count: 1237
Also sprach Brennan at 8:12 AM