It’s time to clear out more cobwebs from the ol’ backlog of 2016, to create a clean slate ready for Oscar season! So here are some reviews of flicks I watched in December 2016 that weren’t quite so vital to write about in full. 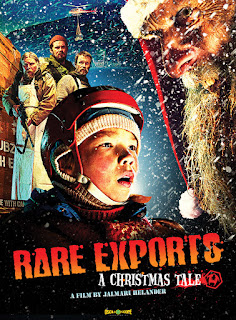 
In a secluded Finish mountain village, a young boy must stop the evil original Santa Claus from being unleashed upon his friends by a nearby mountaintop dig.

I love me some Christmas horror. There’s something about subverting all the manufactured Hallmark cheeriness of the season that appeals to me, and it helps that I genuinely love the holiday itself. But I genuinely wasn’t prepared for Rare Exports, a Finnish Christmas fairy tale with an unusually somber tone. It’s a stab at Guillermo del Toro-esque weight and spectacle that doesn’t seem fitting of the down-and-dirty genre that brought us Jack Frost and Santa’s Slay.

That tone is what allows it to stand out from the crowd, as well as its focus on a type of rural mountain community not normally seen in Hollywood cinema. The realism with which it presents the struggles of the townsfolk, which are getting tougher around Christmastime even without the invasion of a killer Santa, is outstanding. But the unfortunate fact is that these things are exactly what prevent it from being a particularly great Christmas horror film. The intent is spectacular, but the execution is rather lackluster, holding off on horror for a pretty dull 45 minutes of setup and throttling the film’s chances for entertainment with an overserious tone.

Fortunately, when the horror does kick in, it centers on a truly uncanny image that overcomes the abrasive protagonists (who accidentally trap what they believe to be an employee of the dig site and almost instantly decide to prod him with sticks and hold him hostage – delightful!), the jumps in logic, and the rather silly denouement. That image is of a silent, naked old man who crouches in the shadows, unmoving. It’s a sight that chills the spine enough that it doesn’t thaw until the credits roll.

And, to be fair, the silly finale is a tremendous bit of fun that leads to a charming concluding punchline. It just doesn’t necessarily feel like a natural extension of the almost neorealist goings-on that propel the first half of the movie. Visually speaking, Rare Exports is well made (especially a wonderful bit of business with the recurring image of an advent calendar), and the actors are decent, but the tone and the pacing are just a little too wonky to wholeheartedly recommend.

Rare Exports won’t be entering my Christmas season rotation, but it’s at least an interesting curio that I don’t regret watching. It’s a slice of sub-del Toro fairy tale fruitcake with an uncanny confidence in its own construction. 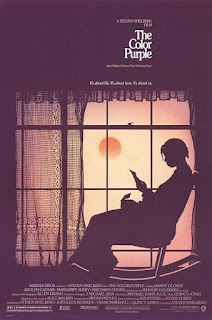 
In the South in the early 1900’s, Celie is married off to an abusive husband and relies on the strength of the women in her life to survive.

You couldn’t pay me to even pretend I care more about Steven Spielberg’s serious movies. I’m a Jurassic Park and Indiana Jones kind of guy. I’ve never seen Lincoln or Schindler’s List and I’m happy to let it remain that way. However, attached as I am to a certain drama-loving individual, recently I was given the choice to sit through The Color Purple or face a life of loneliness and regret. I chose the former, and thus was I introduced to Spielberg’s very first foray into the world of prestige drama.

And while the length of this film is indefensible (I could cut at least half an hour without batting an eye), spending time with these characters really did help th efilm grow on me. It doesn’t hurt that this is still a Spielberg movie, so as miserable as the characters’ lives frequently are, it never descends into the ultragrim territory of, say, Precious. And damn, is he a fun director.

The Color Purple might be maudlin as all hell, especially in its third act (a joyful reunion is pockmarked by a woman wearing an enormous flowing cape, for crying out loud), but visually speaking the man knows exactly what he’s doing. Whether it be the way he uses silhouette to portray Celie’s journey and self-identity, the recurring motif that links the sky with freedom, or the decision to stage its grandest scene of female empowerment around a dinner table, it’s clear that a great deal of thought, skill, and care went into this production.

Plus, the story (based on the Alice Walker novel of the same name) is a delicate and earnest tale about women that is still one of the more powerful narratives about female connection and empowerment out there. Although most of the people Celie meets throughout her life start out as enemies or rivals, they slowly realize they share a bond of sisterhood that can never be taken away from them or defined by the male (and white)-dominated society they’re trapped in. It’s wonderful stuff, despite some of Spielberg’s more cartoonish additions (a bar fight scene with Oprah looks like it was lifted straight out of Looney Tunes). Whoopi Goldberg gives an indelible debut performance, giving you intimate access to Celie’s thoughts and feeling using just her marvelously expressive face, the story is uplifting but doesn’t shy away from cold reality, and it’s good enough to forgive that grotesquely bloated run time. If that’s not a mark of true quality, I don’t know what is. 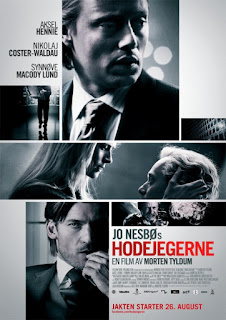 
An art thief/corporate recruiter must escape from an implacable assassin.

I should probably expand my scope a little before I make this assertion, but as far as I can tell, I love Norwegian movies. From films like Cold Prey or Dead Snow, it seems like the entire country has been gobbling up American genre films for decades until deciding in a snap that they can make some themselves. And they’re better. I can now expand this theory from sci-fi/horror to the action/thriller genre as well. Passengers director Morten Tyldum’s adaption of Jo Nesbø’s best-selling novel Headhunters is – put simply – a high-octane treat.

Although it’s a simple, snappy little crime thriller, it benefits from its European flavor. First of all, the lead isn’t preposterously handsome and debonair. He’s a regular Joe (or Jo) who just happens to be very good at stealing art. His lack of perfection makes his predicament seem that much more dangerous, because you’re not so certain that he can Jason Statham his way out of trouble. Plus, there’s a certain blasé attitude toward nudity and violence that makes the whole thing feel more visceral and human. While the filmmaking itself is very polished, the people and circumstances are not, giving it an edge that it wields like a razor-sharp blade.

I can’t say that I have much in particular to write about Headhunters, because it’s an elemental – almost primal – narrative, except to say that it’s a well-oiled machine. Every genre element is in the perfect position to keep your heart pumping along to its electric rhythm. It’s an exciting, harrowing, twisty, frequently gross tale of the lengths one man will go for survival. It has a James Bondian attitude toward women, which is always unfortunate, but it is what it is. And what it is is very captivating.