In which I muck out my annual New Year’s backlog with mini-reviews of 2016 movies that just barely missed the cut. 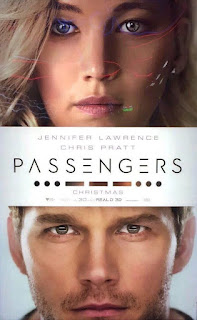 Two interstellar travelers are awoken from cryosleep 90 years before they reach their destination.

Passengers doesn’t know what it is. Is it a chamber piece about human durability? Is it a romance about how the love between two people can overcome all obstacles? Is it a soft sci-fi action film about two people stranded in the cold expanse of space? Passengers at times attempts to be any and all of these things, but here’s the secret. I know what it is: It’s a feature-length Apple commercial.

OK, not literally. Literally it’s a feature-length Sony commercial, as evidenced by some truly hilarious intergalactic product placement. But what I mean by this is that Passengers is full of immaculate creamy white textures and burbling electronic music, is exceedingly pleasant, and lingers in the memory for exactly 0.35 seconds. This ain’t a bad thing. An unchallenging film is sometimes just what you need, and the simplicity of Passengers allows it to act as a clear lens, magnifying the heat of the two stars burning bright at its center.

Sure, it’s stupid. Its infrequent feints into action territory come at the expense of any sort of logic or coherence, and its finale is mind-numbingly implausible. But it takes itself lightly enough that the goofy excess becomes joyful sci-fi window dressing, a loopy analogue to the struggle of the two characters at its heart. And Chris Pratt and Jennifer Lawrence are good in this movie, insofar as they just stand still and emit charisma as good movie stars are able to do.

Basically, whenever Passengers tries to have a plot, it threatens to rattle apart (especially during moments of Weyland Utani-esque foreshadowing that thud to the floor like it’s an electromagnet and go absolutely nowhere). But it excels at big, sloppy sci-fi spectacle, especially during the occasional moments where it remembers that gravity in space is like, kinda funky.

It’s shallow, but it’s far from a waste of time. And as loathe as I am to admit it, Thomas Newman’s score – which feels a little like it was written for a silicon valley corporate training video – stirred something in my godforsaken, electro-loving soul. Passengers is probably your best bet in theaters right now if you’ve already caught up with Rogue One and Moana and want to spend an evening away from the cold.

Hunt for the Wilderpeople 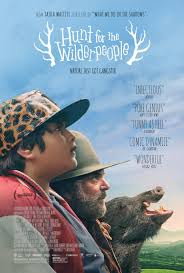 A man and his foster son get lost in the New Zealand bush, inciting a nationwide manhunt that propels them to hide out in the wilderness.

Remind me again why the don’t set all fairy tales in New Zealand? Hunt for the Wilderpeople takes after Lord of the Rings as a visual exploration of just how f**king majestic the New Zealand landscape can be, and although it’s set in our reality it becomes just as riveting a fantasy. It doesn’t seek to pull away from its storybook influences at all. Hell, there are chapter titles dividing up the ten major segments. This is a daggum fairy tale and it is gorgeous.

In essence, Hunt for the Wilderpeople is a tale of two dissimilar people who are thrown together to become unlikely friends, but it’s so much more than that. Sometimes it’s a wry, silly adventure movie with a child’s sense of wonder. Sometimes it’s a scalpel-sharp satire about societal norms and what constitutes a traditional family. Sometimes it’s a lush, large-scale epic with Tangerine Dream-esque synth cues quivering over the soundtrack. It’s a lot of things, but what they all have in common is that they’re pretty brilliant.

Sam Neil has played a curmudgeon who needs to open his heart to a child before and he does it well here, but as a scene partner, Julian Dennison blows Jurassic Park’s Lexi and Tim out of the water like they’re rubber ducks. The young actor perfectly captures the character’s arc, nailing the nuance of his prickly exterior and displaying a world of pain and emoting on his face as he slowly lets his guard down. And comic timing must be genetic, because someone should have suffered through decades of training to be able to deliver jokes that well.

Oh yeah, did I mention this film was funny? It’s earnest and fantastical with the occasional sharp edge, but it’s also downright hilarious. Every character is a tile in a perfect mosaic, and every piece is in its place to deliver a wonderful cinematic experience. It’s rare that you see such sharp comedy paired with equally luscious visuals, but Taika Waititi is working magic here. It’s just a delightful film, and you should definitely make seeking it out a priority. 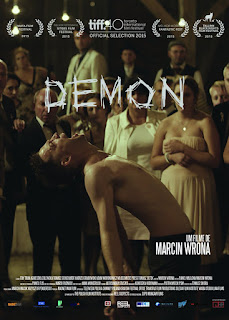 A man becomes possessed by a dybbuk on the evening of his wedding.

For hardcore film fans, the final week of December is known as “cram week,” where we scramble to watch all the films of the year that we missed in order to properly flesh out our Top 10 lists (and, as you might notice, mine in particular requires a lot of fleshing out). I discovered that essentially my entire cram list was made up of foreign films, which makes sense because they’re not so easy to find in your local Cineplex: Japan’s Sadako vs. Kayako, Norway’s The Wave, South Korea’s The Wailing… But at the expense of the others, I chose a Polish export called Demon and here’s why.

1) It’s a tale about a dybbuk, a Jewish demon that doesn’t get much coverage in modern horror. 2) As arthousey as it looked, it also seemed like it would be a devastatingly chilling slow burn. And 3) First-time director Marcin Wrona committed suicide at the festival where this film debuted, and I wanted to honor his fist and last film. Plus, that story is so macabre and tragic, it’s like catnip for the horror community.

Let’s address the elephant in the room right off the bat: Demon is barely a horror film. Frankly, there’s more comedy than there is horror (pretty solid comedy at that, especially involving the drunkard town doctor and an impatient priest), but neither tone is sustained for too long either way. Demon is a very European film, content to glower at its audience with pallid, grey cinematography and a snail’s sense of pacing and dialogue.

This isn’t necessarily a bad thing. The subtextual layering of Demon is phenomenal, beginning with the stress of going through an intense personal crisis on a day where you’re the center of attention and ending at a truly devastating reflection on the erasure of Jewish culture in Poland, a society still shattered by the lingering effects of the Holocaust (delivered in a heart-wrenching moment by an otherwise unassuming wedding guest who subtly emerges as the best performer of the entire piece.) It’s like being pummeled by a swinging log. There are long periods where nothing is touching you, then – WHAM! – the impact crushes you with freight train force.

Demon does very many things well, but they’re scattered throughout a story that feels rather aimless. It’s ambiguous and opaque in a way that seems almost aggressive, and the truly stellar moments are few and far between. While I was affected by these moments, I don’t feel like I can reasonably recommend the movie and the effort it requires to sift through its tonal doldrums. Still, it’s something you don’t see every day and I’m glad I had the opportunity.