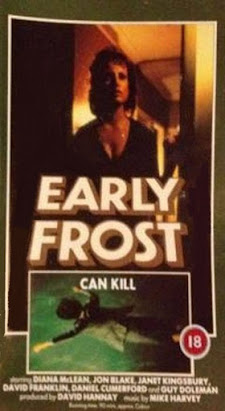 Year: 1982
Director: This is the only Australian film to have no credited director, so we'll honor that weird fact
Cast:  Diana McLean, Jon Blake, Janet Kingsbury
Run Time: 1 hour 32 minutes

It is the accepted wisdom of the slasher cognoscenti that if a slasher movie comes from Canada, more often than not it's going to be superior to its American counterparts. But even though the slasher movie was primarily a North American phenomenon, countries across the globe weighed in with their own takes on the genre. And where do they fit in?

In the English-speaking world, Australia seems to have taken third place in terms of quantity, having already released Nightmares, Lady Stay Dead, Road Games, Next of Kin, and Strange Behavior before the 1982 premiere of today's film, Early Frost. But as far as quality goes, I haven't been able to get a bead on it. We're all over the map, quite literally, but at the very least this one isn't at the bottom of the list. 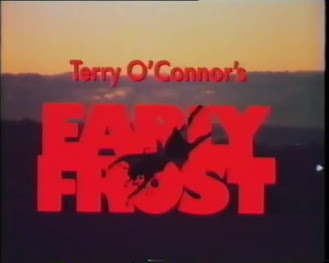 Though the dearth of exciting screenshots doesn't exactly speak well to its staying power.

Of all these Australian entries, Early Frost is certainly the least slasher-y so far, even though the body count is a good five times that of Road Games. Sure, people are dying at a pretty decent clip, starting with a drowned body discovered in Blacktown by private investigator Mike Hayes (Guy Doleman) during a divorce case. But we're mostly here to focus on alcoholic housewife Val Meadows (Diana McLean), who has two kids - 20-year-old Peter (Jon Blake) and pre-teen Joey (Daniel Cumerford) - though she'd much rather spend time with her adulterous lover Paul Sloane (Kit Taylor, who we'll catch up with later in 1987's Cassandra and 1989's Innocent Prey), whose divorce investigation is the one that turned up that body in the first place.

A series of strange accidents befall her, leading her to believe that somebody is trying to kill her. The mounting body count would certainly lend credence to that theory. Though, weirdly, she doesn't seem that interested when her best friend Peg (Janet Kingsbury) and her son (David Franklin) begin to uncover clues that point to her being the next victim. Could she be the killer? 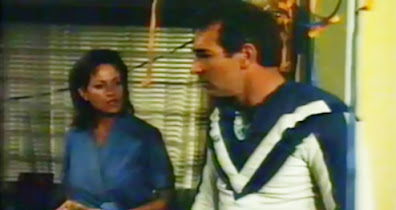 Spoiler alert: No, she's not the killer, just an incredibly inconsistent person.

The parts of Early Frost that want to function as a character study are its biggest liability. Val Meadows is not an interesting or layered figure. She's a vindictive, sour person, and the flashbacks we see just serve to prove that she was vindictive and sour in the past too. We don't investigate why she is the way that she is or where her horrible detestation for her own sons came from. This is no The Babadook. And the movie doesn't even think to ask the question of why Peg would want to hang out with this woman for even one second (although it's clear Peg was never a priority because 20 minutes before the end the script forgets she ever existed).

As I've revealed during past entries in the surprisingly robust "women's picture slasher" run of 1982, I am unerringly compelled toward domestic tales starring female characters, so I can't say I had a terrible time watching this. But it doesn't do itself any favors. And I'm not asking that Val be made "likable," I just want to understand her beyond the surface level thrills we get here while she's clearly spinning out.

At lest that surface level is semi-fun to gaze upon. Early Frost isn't in the game of providing gruesome, creative slasher movie deaths with plenty of sharp implements, but the kills still have an unusual level of tension and surprise. Because the movie splits its time between family drama and slasher killings, it's easy to be lulled into a false sense of genre security. You are lulled by the quiet tensions simmering beneath the surface of a family and then all of a sudden someone is being jabbed in the butt with a syringe, having their face jammed full of glass shards in a terrible fall, or drowning horribly. 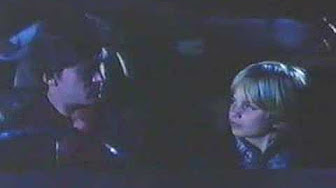 It certainly keeps you on your toes.

There's also some admittedly irrelevant material that I had fun with, like the soundtrack that is wall to wall Australian pastiches of the most popular music genres at the time (mostly composed by Mike Harvey). There's an effervescent, bouncy quality to the soundscape. And while I also know I'm an easy lay for an original song from a slasher movie, a lot of what we got from 1982 movies was proto-metal that I didn't really care for, so this is for sure a standout.

And it's even quite pretty to watch on occasion, especially in a scene where Val is in the foreground lit by the flashing red neon light of a motel sign while Paul undresses on the bed behind her. Unfortunately the plot starts off a little muddy and things never get clearer from there. I honestly couldn't tell you exactly what happened in the final ten minutes. This is partly to do with the low-lit scene not really surviving the VHS transfer, but it's also due to Early Frost's peculiar indifference to actually engaging with its murder plot in any real way (for instance, we learn that the killer is targeting all the women from a group photo, but we never learn why, or even any backstory as to where or when the photo was taken).

It's certainly not the worst movie I've watched for this project. Hell, it's not even a bad movie. It's just muddled and disappointing, not actively unwatchable. So hooray? Still doesn't make me want to ever see it again.

Killer: Honestly I'm a little unclear but most likely Joey Meadows (Daniel Cumerford)
Final Girl: I guess Peter Meadows (Jon Blake)
Best Kill: Mr. Hayes' car doesn't just explode, it full on Michael Bays the shit out of him.
Sign of the Times: The newspapers describe the events of the movie as the discovery of the body of "an attractive middle-aged widow." Maybe this is wishful thinking, but I'd hope that obituaries in 2020 aren't quite so horny for dead women.
Scariest Moment: Whenever the killer is watching potential victims, shots from their POV are scored with an extremely loud Darth Vader-esque breathing effect that sounds really tinny, strange, and off-putting.
Weirdest Moment: Val asks Peter for a birthday kiss in the middle of his party, and there's an extreme close-up on her glistening lips.
Champion Dialogue: "I don't care if you drink yourself to a standstill."
Body Count: 6

TL;DR: Early Frost isn't a particularly good psychological thriller, but it's enjoyable enough to watch and the kills are just the right kind of bananas.
Rating: 5/10
Word Count: 1183

Also sprach Brennan at 8:06 AM