Popcorn Kernels: The Worst Idea Of All Time

In which we review two movies inspired by the back catalogue of the bad movie podcast The Worst Idea of All Time, and instantly regret doing so.

Sex and the City 2 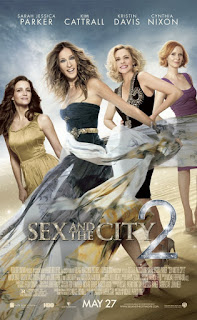 The Sex and the City gals take a trip to Abu Dhabi.

The plot of Sex and the City 2 is elemental, really. In fact, it’s barbarically simple, just a faceless mannequin of a story ready to be dressed in the latest designer brands as selected rom local K-Mart shoppers’ vision boards. And yet the movie is Over. Two. F**king. Hours. Long. The 2008 movie it follows was also Over. Two. F**king. Hours. Long. but at least it has a semblance of a structure, following a year or so in the lives of beloved [sic] HBO characters Samantha, Carrie, Charlotte, and Miranda.

This movie can’t boast the same sense of purpose. We’re already caught up with these sexy city gals after one movie, so we’re past the first date stage. It’s time to find out if we’re compatible, and this movie rejects the audience like a liver transplant from a dead horse. Sex and the City 2 is nothing more than a revolting exercise in consumerist acquisition, panning past 90 square miles of company logos as our heroines drift like mindless zombies from store to store across the world, draping themselves in some grotesque simulacrum of high fashion.

The eldritch horror of their costuming cannot be overstated. Carrie carries the worst of it on her shoulders, at all times looking like she’s one millimeter away from dying her skin with tiger stripes like the denizens of the Capitol in The Hunger Games. Whether she dons a pair of goggle-like gold sunglasses that make her look like she just got a spray tan at King Midas’ palace, a set of headdresses that imply she’s either an evil queen in training or she’s currently being devoured by an oyster, or a skirt so poofy I felt morally outraged coupled with a pair of opera glass sunglasses that I kind of liked but were so patently extraneous that they should have done us all a favor and obliterated themselves at the molecular level, she never at any point looks like the movie wouldn’t be improved if she were kicked into a volcano.

[EN: I don't normally put pictures in mini-reviews, but let's take a quick break to gawk at this f**king sh*t:] 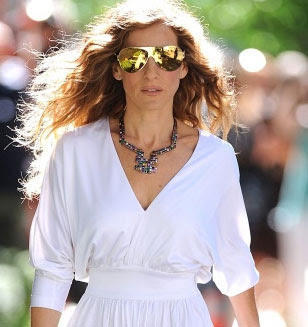 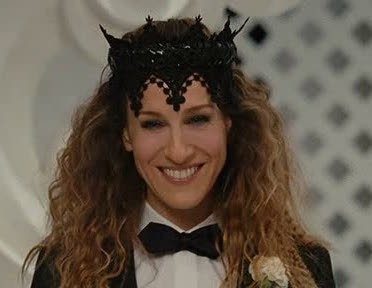 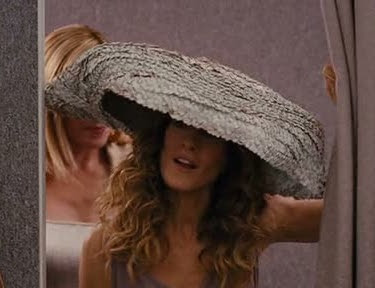 But let’s not get superficial, as much as that’s the main thrust of the entire movie. Carrie Bradshaw is ugly on the inside, too. Her struggles are nominally relatable (not wanting to become a boring old married couple; a brief dalliance with a former flame), but she approaches them with such garish self-indulgence that you can’t help but see her as the villain. She’s a clingy, needy harpy who shrilly rejects any suggestion from her (also terrible) husband and demands that they spend time together even though they don’t seem to even like each other all that much.

So these four shrieking cyphers are forced to totter their Louboutin-clad feet through an hour of this bloated, staggering mess before they even get to Abu Dhabi. At which point they revel in the worst kind of exoticism, learning life lessons left and right from the Quaint Locals of Arabia, making Statler and Waldorf-esque comments on the behavior of women in burqas, and flagrantly breaking the law about half a dozen times because the only right way is the American way, dammit. The biggest conflict they ever face is the looming dread that they might have to fly coach, and it’s at this point that I vomit up my brain stem.

The worst part of this movie full of causal racism and homophobia (weird, considering it was written, directed, and produced by a gay man) is that it’s allegedly a comedy. If you pull out your magnifying glass and corncob pipe, you might sleuth out a joke or two, but they don’t seem to realize that sex isn’t inherently funny, and that by marrying off three-quarters of its main cast, it has hobbled sex’s potential to even appear at all. The rest of the film is just chockablock with overwritten puns that clearly took a great deal of effort to craft, but thud to the floor like anvils.

Comedy is all about timing, and Sex and the City 2’s refusal to let any scene end before it expires peacefully of natural causes prevents any such enjoyment. What we’re left with is lavish and empty, just like the lives of its main characters. One to miss. 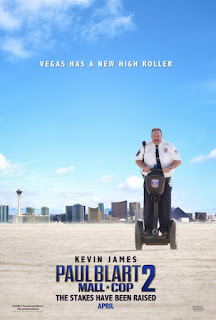 Everyone’s favorite mall security guard attends a conference in Las Vegas, only to find himself and his daughter embroiled in a massive art heist.

I save the dreaded 1/10 rating for only the worst of the worst dregs of what cinema has to offer. Much like the coveted 10/10, it is an extremely momentous occasion when one is handed out. I recently watched Paul Blart: Mall Cop 2 for the purpose of witnessing its unholy glory, and unfortunately today is that much less special because it did not earn a 1/10. Don’t get me wrong. It’s a wriggling sack of dog crap, but at no point did I feel like it was actively draining my life force like a The Outing or Prom Night.

But that’s the problem with PB:MC2: It’s just barely good enough to be totally unfun to watch. It’s not funny, but it’s no so unfunny that it swings wildly from the rails of reality like your Sex and the City 2’s.

Although, I will say that it has just as much product placement with just as little grace. There’s the establishing shot of Las Vegas’ Wynn Hotel that practically interrupts scenes for another glittering, pornographic pan around its glorious edifice, for one (oddly, not a single other notable Vegas landmark is visited – in the world of Paul Blart, Las Vegas is an insulated monolith that provides for all needs, á là High-Rise or Poltergeist III), but the scene that really fascinates me is a blatant ad for Panda Express that neither promotes the good qualities of the product, nor describes it in any way visible to the naked eye. Blart uses a Panda bag to quell his rapid breathing, sniffs, and mutters “That’s orange chicken.” Then he goes outside and gets attacked by a bird. This is unrelated, but it’s a pretty good example of how the manically uninspired screenplay operates.

But let’s step back and take a breath to recognize some good qualities of Paul Blart: Mall Cop 2. Let’s rejuvenate our souls for a hot minute: The cast is very diverse, so that’s nice. And there’s a joke or two that lands, which is more than I can say for Carrie Bradshaw and her army of diamond-encrusted goblins.

But nearly every element of the film itself is inept. The script’s infrequent lurches into comedy seem to be the unintended side effect of its total lack of an attention span. Slip-sliding from scene to scene, taking on new genres and adding new characters at the drop of a hat. The pacing is a scientific marvel, pulling the fabric of time itself apart to stretch single moments into what feel like days, even weeks (most notably a scene where Blart unwraps a Hershey’s Kiss during a quick-cut sequence where he prepares for battle, a moment that should have been a sprightly, Edgar Wright-esque breeze but seems to have taken its timing cues from 2001: A Space Odyssey). And the acting ranges from Disney Channel pantomime to comatose squirrel.

For an hour and a half, we get to watch Paul Blart do things that make no sense in a desperate attempt at wackiness that feels like an estranged father trying to connect with his 6-year-old. None of it lands, and some jokes – like the aforementioned Panda Express gag – don’t even seem to be trying to make us laugh. They just kind of… exist. It’s a deeply bland, lackluster comedy, and that’s the worst sin of them all. It’s not even bad enough to be particularly interesting.