Every Friday the 13th, I like to take a little time out of my day to watch a movie or two in my favorite franchise. Can you guess what it is? It ain't Toy Story. And today is a very special day, because not only is it a Friday the 13th, it is also Jason's birthday! (It's also the full moon and my pay day, so things are going great around here.)

The only problem is, if I'm celebrating on Friday the 13th in my personal life, my blog won't see a review until the day after so Jason doesn't get any love on his special day. So, while you betcha there's some fabulous slasher reviews just around the river bend, today we're going to honor my serial killing idol Jason Voorhees with

My boy Jason is a social butterfly. He knows about all the greatest gatherings of young people drinking booze and having premarital sex. In honor of his birthday and the parties he doesn't get to have with his mommy anymore, here's the top 13 parties he has crashed in his expansive lifetime. 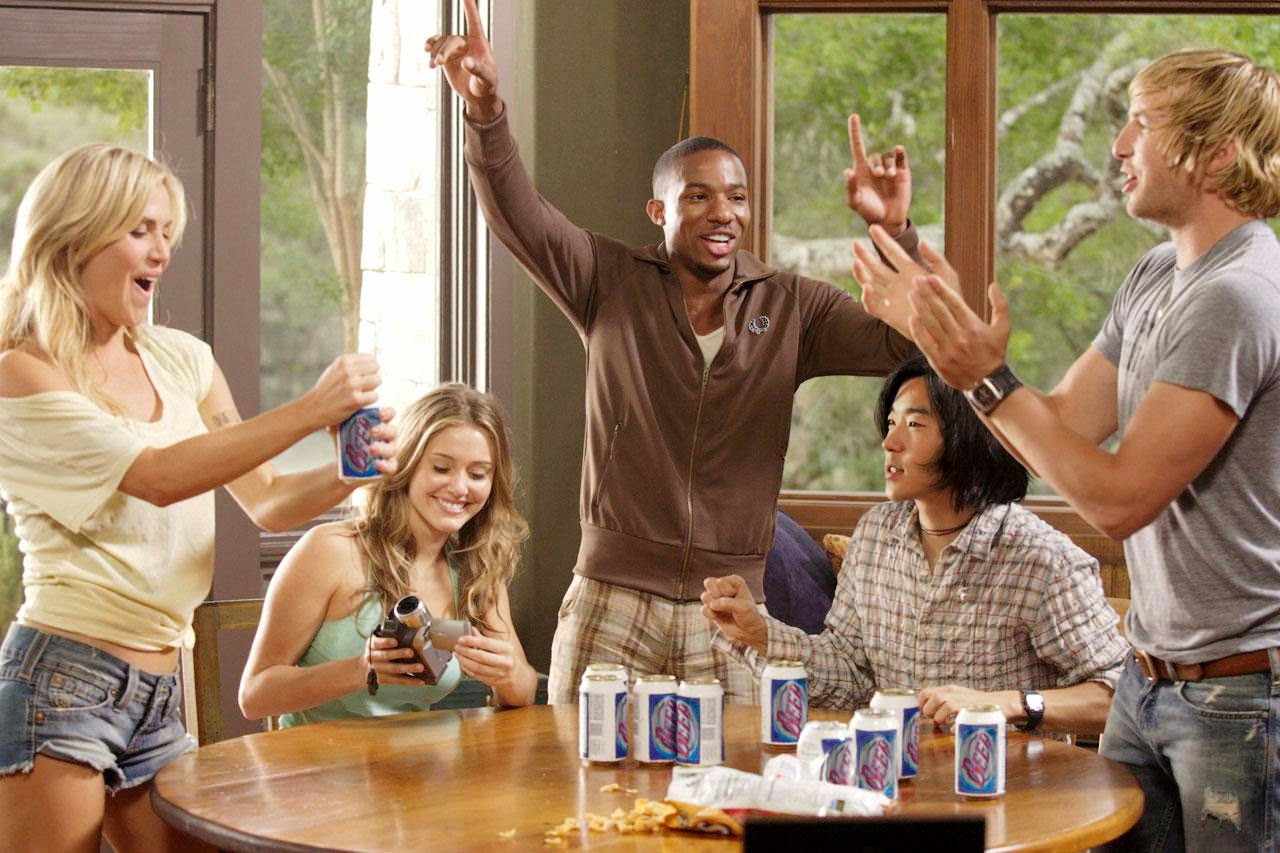 This gets bottom of the list because it was the remake and come on, it was only OK. But watching all those douchebags get mown down was still worth the price of admission. And because it was 2009 and everything was all sleek and shiny and modern and "edgy" they got to do outrageous things like drinking out of shoes, which is also a fitting punishment for being such terminal tools.

Best Kill: Chelsea is stabbed in the head through a dock and dragged upwards, revealing her breasts. It's basically a summary of the entire franchise in one fell swoop. 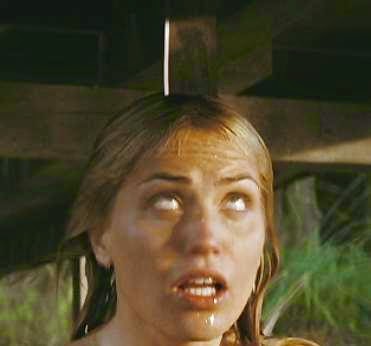 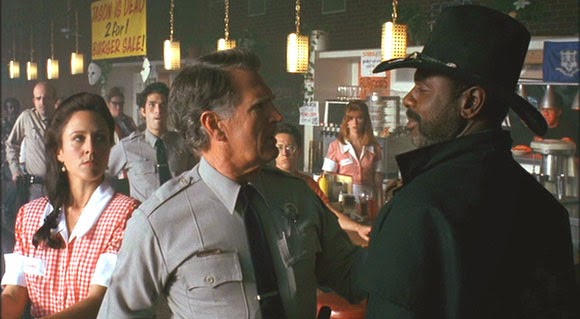 This one gets extra points for being cheeky. In the beginning of the truly bizarre Jason Goes to Hell, Jason's mortal form is blown up by the FBI (see: truly bizarre) so, when he comes back to cull the citizens of Crystal Lake once more, they are even more unsuspecting than normal. In fact, they even hosted a party at the local diner! Hockey mask shaped burgers for all! Jason wasn't a big fan of that, as you can imagine. He went through those diner patrons like so much ground beef. There wasn't even time to grab the ketchup.

Best Kill: Joey gets her loud mouth bashed in. 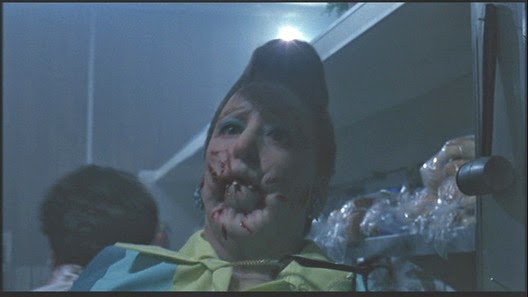 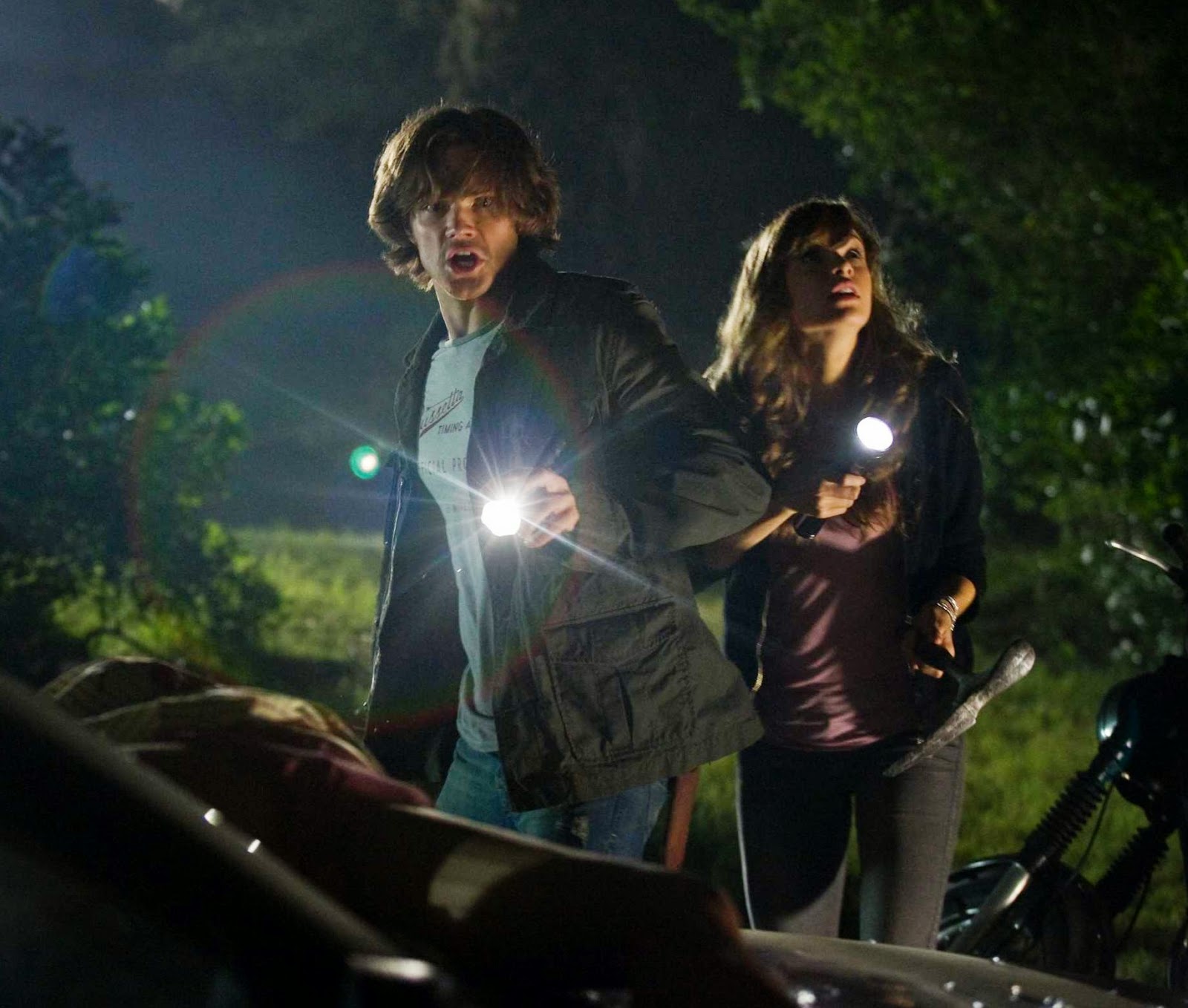 On the search... for pot! Seriously though, they're scouting a giant marijuana crop in rural New Jersey. Although nobody minds taking time off for a little canoodling in tents. Jason is probably part bear or something because the musky sweat of surreptitious woodland lovemaking is like a siren call. As usual when Jason doesn't get invited to parties, he brought his machete along.

Best Kill: Mike is stabbed in the foot through the floor. Then dragged into said floor. 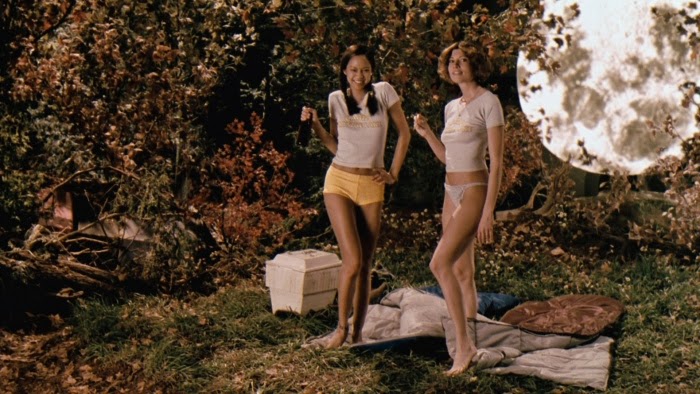 One of the few truly enjoyable moments in the science fiction chapter of the Jason saga was the virtual reality camp designed to distract him while his prey escaped. The two teenagers the computer invented met the exact specifications to be victimized by Mr. Voorhees - namely, they loved premarital sex and rolling around in sleeping bags.

Best Kill: Jason slams the two girls together in their sleeping bags. Rest in pieces. 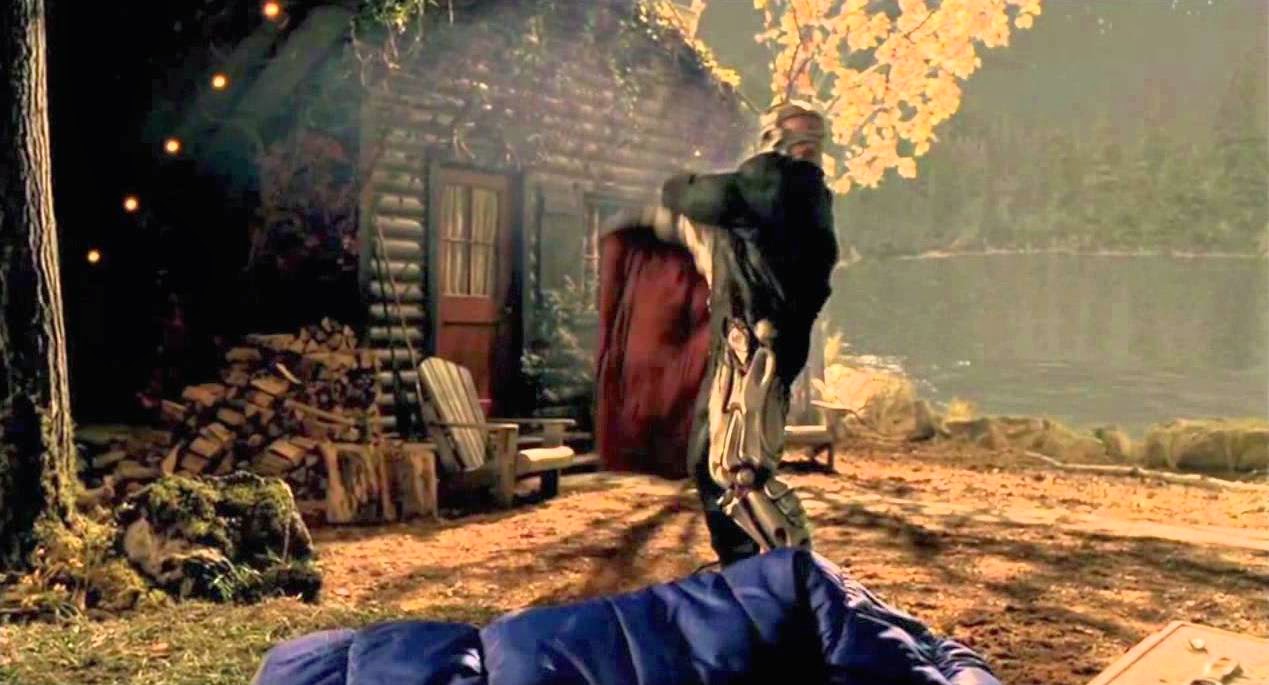 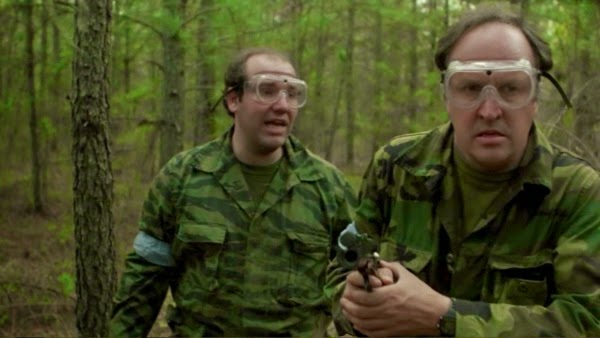 Don't you just hate it when you're mandatory team building excursion for work is interrupted by a machete-weilding maniac? It's even worse when you're on the losing team. Now that's just rubbing it in. Literally, in some cases. Ouch. 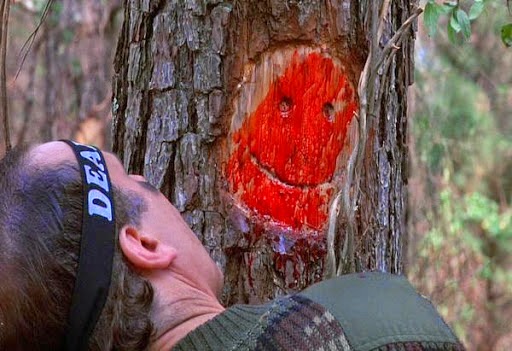 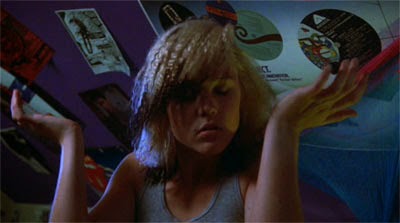 When nobody else in the halfway home is as cool as you (or as alive as you), sometimes all there is to do is dance it out to terrible 80's synthcrap. Violet was doing the robot alone in her room when she died, ensuring her the coolest tombstone in recorded history.

Best Kill: A cop out, but there you go. 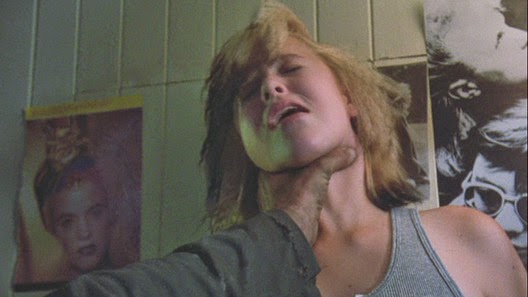 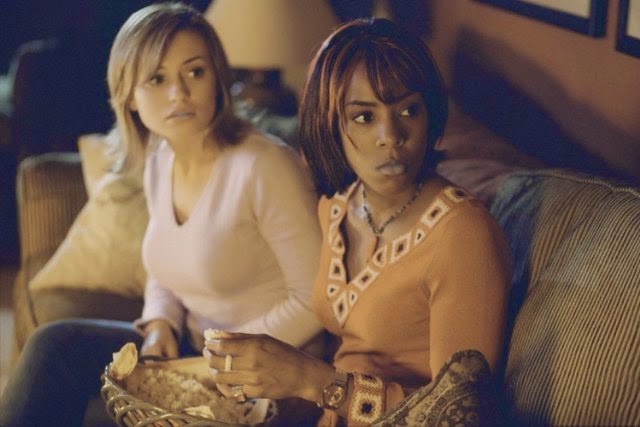 I was going to rank this party lower because 1) It was kind of an accident, Lori didn't even want it to happen, and 2) Freddy vs. Jason was just not as good as I remembered it being, but when your movie has the smarts to kill off the most odious character early on and in a deliciously gory manner, I give you props. Good partying.

Best Kill: Trey is ruthlessly machete punched in the back, then bent backwards in a folding bed. Darn tootin'. 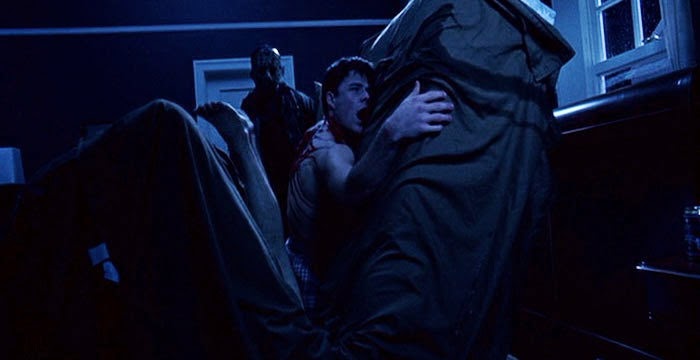 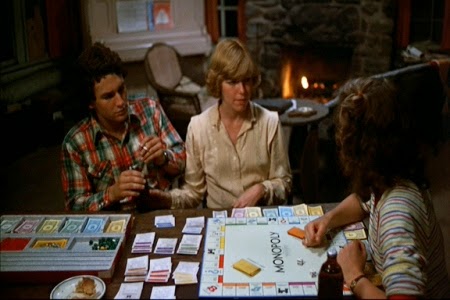 Ah, the party that launched a thousand cash-in sequels. When Alice agreed to play strip monopoly with her co-counselors, she had no idea that she was in for a long night of despair at Camp Blood. This one isn't higher on the list because it technically wasn't Jason's doing, but hey. We all have to have role models. 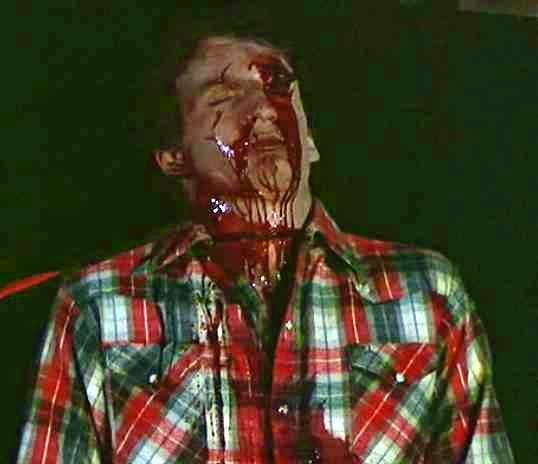 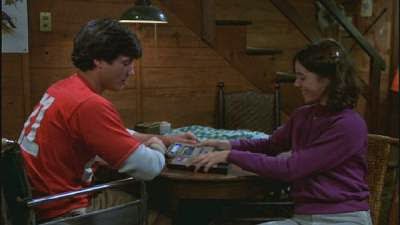 Now we're getting to the really juicy stuff. The original quadrilogy, baby! In Part 2, all bets are off when the head counselors head off site to hang out in town. Things begin to turn upside down when the previously prudish girl goes full bore for her wheelchairs prey, making hockey innuendos like there was no tomorrow. Which, for her, there wasn't. This is Jason's first party and it was a pretty great example of the spirit of the franchise as it was heading at the time.

Best Kill: Jeff and Sandra are impaled with a spear in the middle of doing the do. 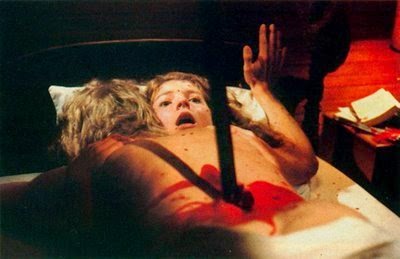 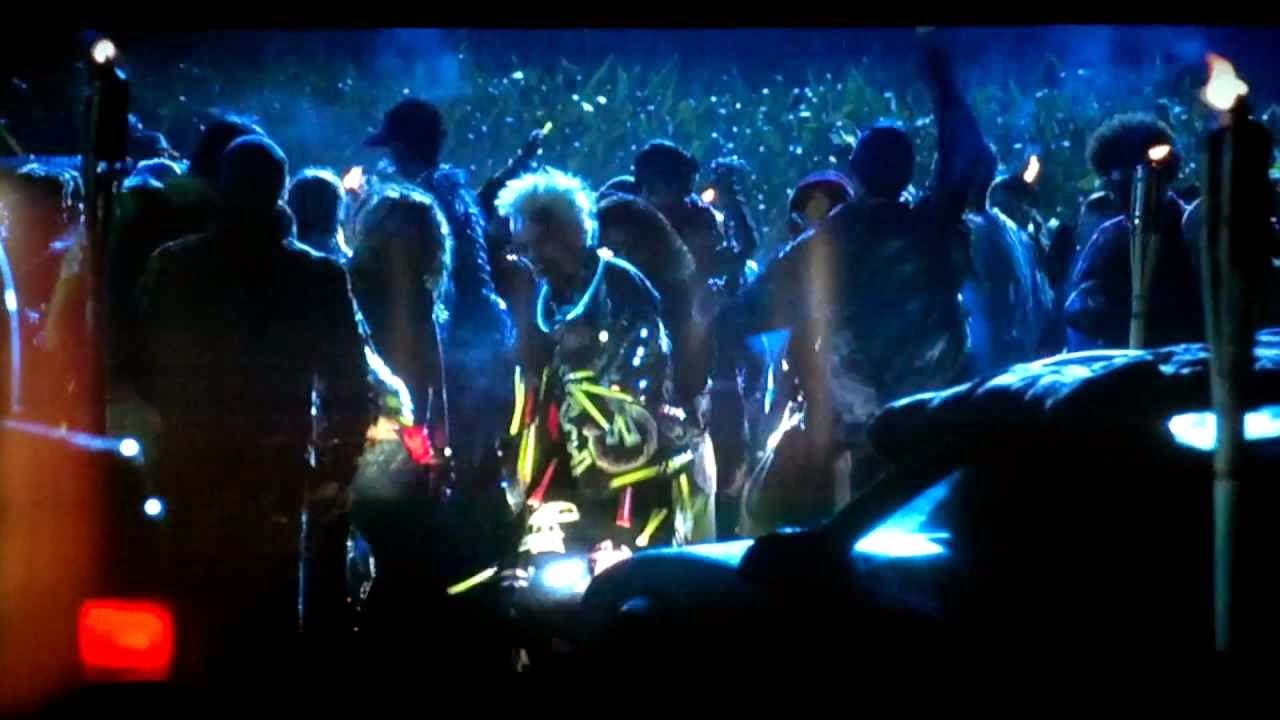 OK seriously. I really didn't like this movie. But the two party scenes just so happened to be the best parts of the film bar none. Jason trawls through this ill advised rave like a football player after a hunger strike. He stabs indiscriminately left and right, slicing through the Day Glo awfulness that was the party scene in the mid 2000's. Can't say they didn't deserve it.

Best Kill: Jason, machete atwirl, mows down a half dozen ravers in the blink of an eye. 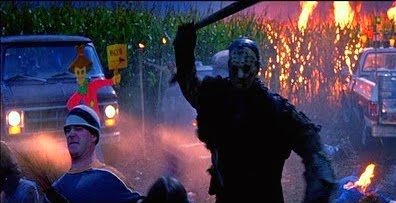 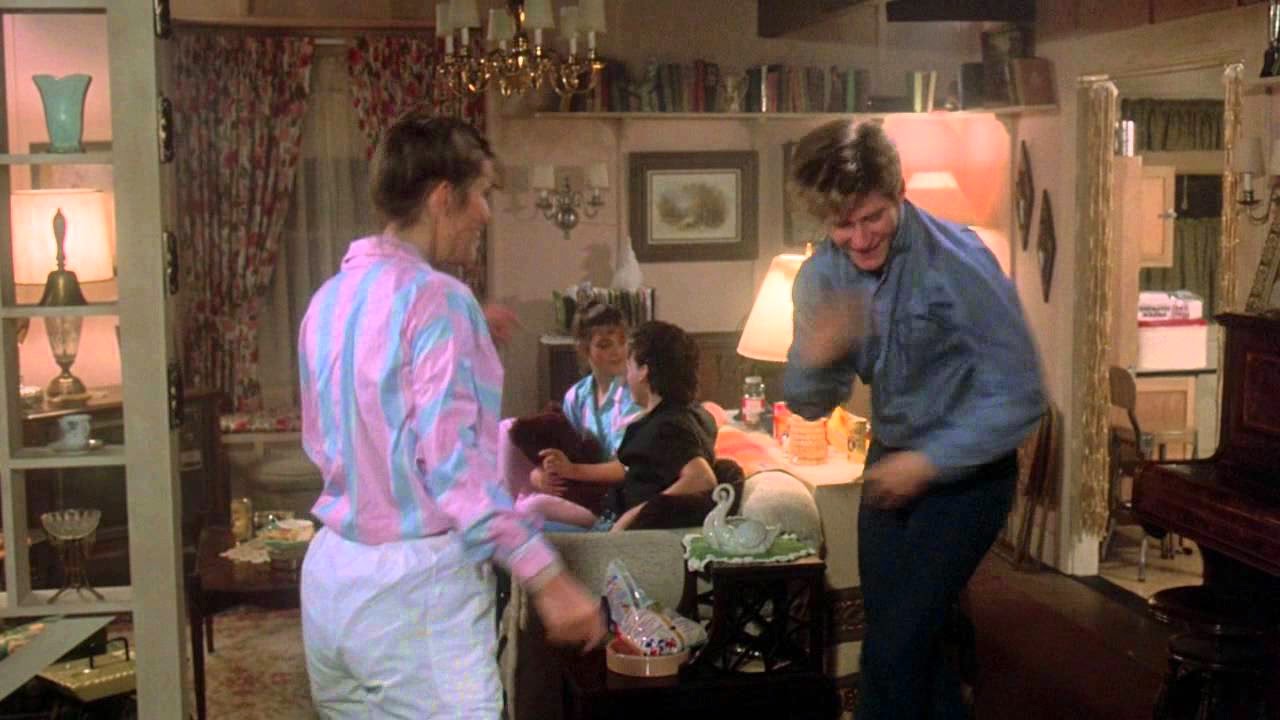 One of my personal favorite entries in the franchise, The Final Chapter mixes top notch Savini gore with totally credible teen characters (including a pre-fame Crispin Glover) in a delectable party scene that lasts for the entire second half of the film. Hormones flow freely and partners switch with the wind. There's so much going on that Jason killed a full half of them before anyone even noticed. Now that's party crashing.

Best Kill: This differs from my best kill of the film overall, but it's so hard to choose when Savini's in the house. I'm very partial to this simple yet elegant axe through the chest a post-shower Sara receives. 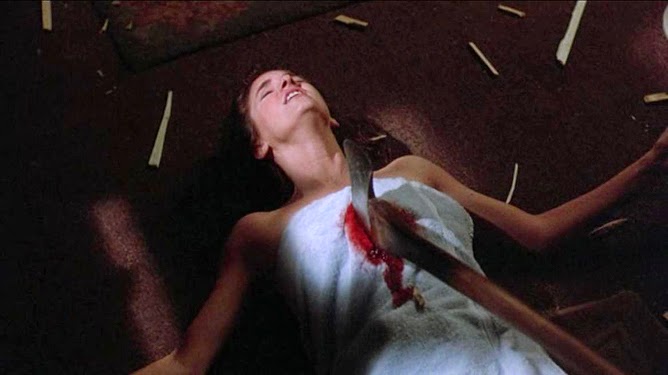 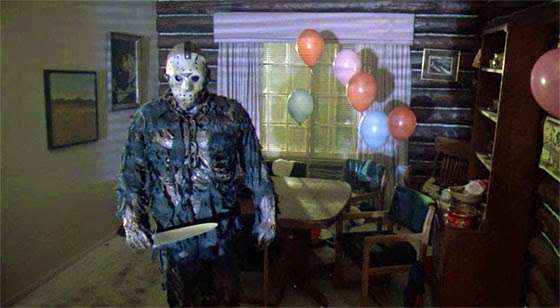 Give or take five minutes at the end and the beginning, this film takes place entirely at a delayed birthday party for Michael, who never even shows up. I know he was impaled on a tent spike, but still. Rude. Look at all the trouble they went to to blow up those balloons. So Michael sucks, but as a result, the party went on for several days, giving Jason all the time he needs to work his magic. 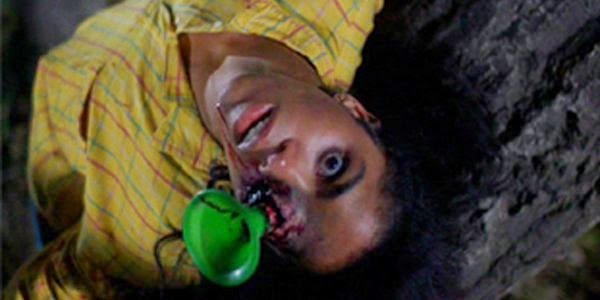 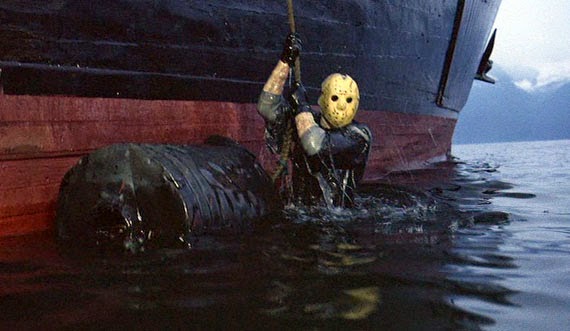 This party wins for being the only party Jason could literally crash - because it takes place on an enormous cruise liner. The idea of taking an entire class of graduating seniors to Manhattan from New Jersey for one night on a cruise ship is a totally dubious one, but who wouldn't want to go to that party? Even Jason wants to tag along! And as a party favor, he gets his most prolific crop of kills yet!

Body Count: 10 partygoers (not including the fact that he drowned a good half of the party when he sunk the ship)

Best Kill: Jason bludgeons JJ with her own guitar. 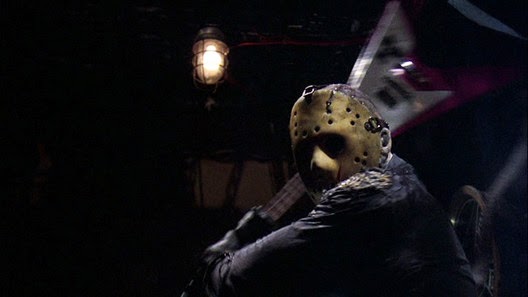