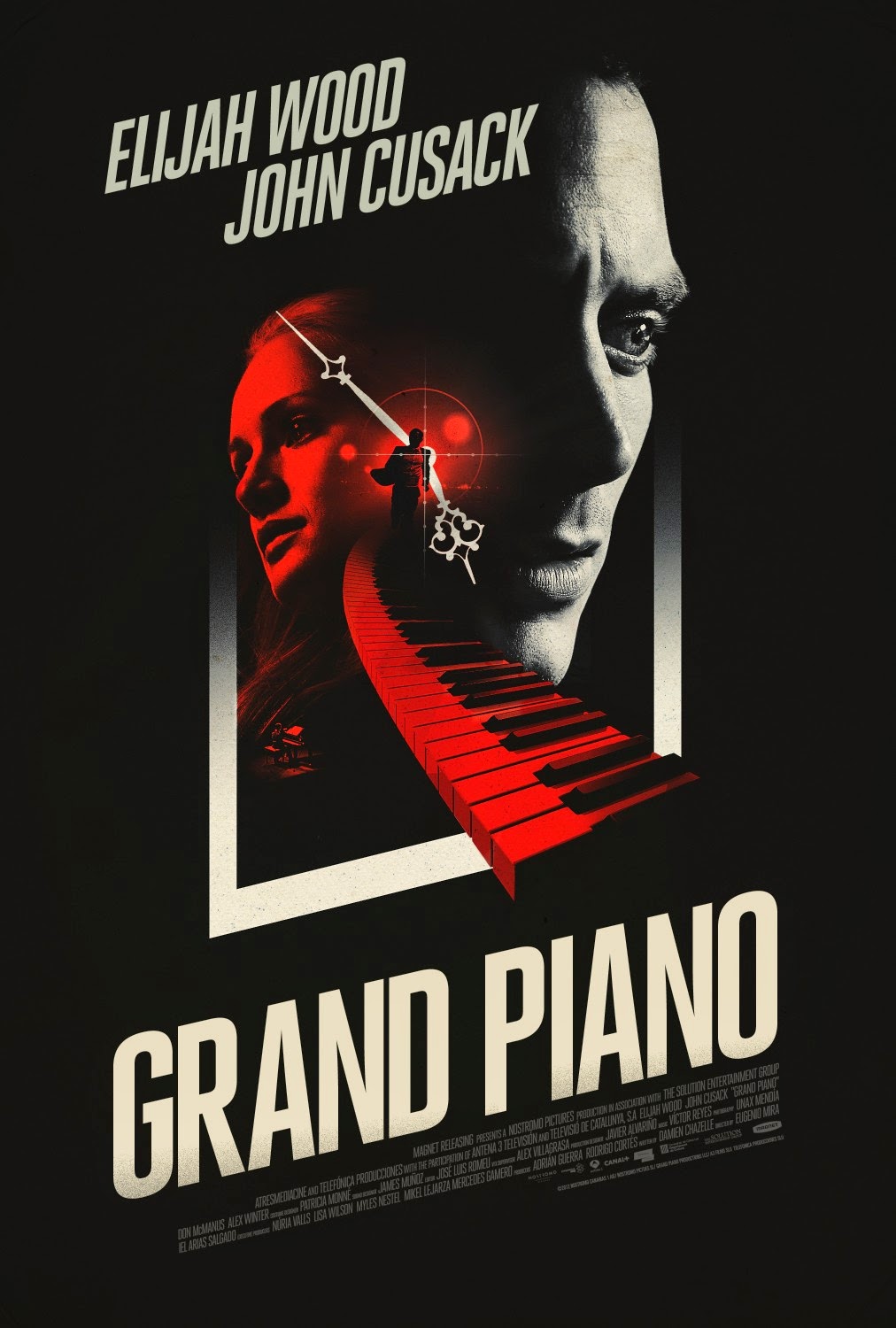 As long as people keep spending money on crappy movies, we won't be able to count on Hollywood as a haven of quality art. Or even a trusted producer of fun genre films. Where American cinema used to be a treasure trove for action and horror fans, now it's just tends to be a grinding gear of torment for any but the most casual movie fan.

OK, perhaps that's a little bitter. There are still some decent movies coming out. Neighbors, for one, was great. And Oculus was messy but wonderfully ambitious. But most of the work directly produced by Hollywood these days is getting increasingly bland and generic overall. Luckily we have Spain, a country from which my favorite film in the entire world, [REC], was born.

Spain seems to have taken it up upon themselves to produce slick genre films when nobody was looking, one-upping Hollywood through every possible avenue. The films are short and sweet and have an undeniable visual punch. Grand Piano is one such Spanish-produced film, although it is written and performed in English. 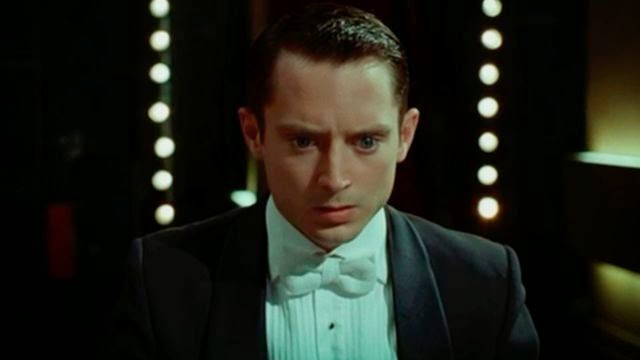 By Frodo, no less.

Tom Selznick (Elijah Wood) is a world class concert pianist who hasn't played a concert since a terrible incident five years ago where he choked onstage and flubbed a piece. His wife Emma (Kerry Bishé), a famous actress in her own right, has put together a new concert for him in Barcelona, to which he is looking forward about as much as Michael Bay looks forward to a screening of August: Osage County.

When he finally gets onstage, he discovers (first through notes written on his sheet music, then through a clamshell earpiece he finds in his dressing room) that a mysterious assailant (John Cusack) is hiding in the audience and threatening to kill him with a sniper rifle if he plays even a single wrong note. If he attempts to alert anybody, his wife's brains will be splattered all over the back of her lush box seat.

There are several other characters, including Emma's friend Ashley (Tamsin Egerton) and her husband (Allen Leech), but for the most part, the film concerns itself with the interactions between Tom and the shadowy killer. And that's all it needs to be. It's only 82 minutes long. But that's all it needs to be. It's a suspense thriller, not a fantasy epic (I'd argue that that could stand to be a little shorter as well, and I'm sure many would agree). 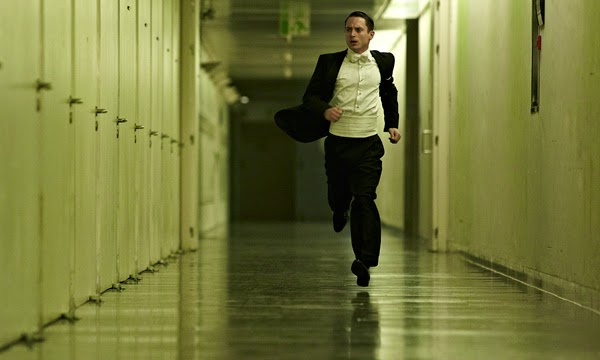 An actual photo of me running to the theater bathroom after Return of the King.

It's taut and to the point, maintaining its tension to the very last second. It's a blissful experience, and had it been any longer, the plot holes required to provide this particular killer with a motive would have stretched far too thin. But as it stands, Grand Piano is a fun and exciting film despite its narrative flaws, which only come about in the third act and are thankfully marginal to the emotional heft of the storyline.

The thematic through line of the film is subtle and distinct, exposing director Eugenio Mira's past as a composer. This skillset allows him to handle the balance of themes and emotions of a visual medium through a musical filter, and the result is all kinds of excellent. And it's freaking well shot. 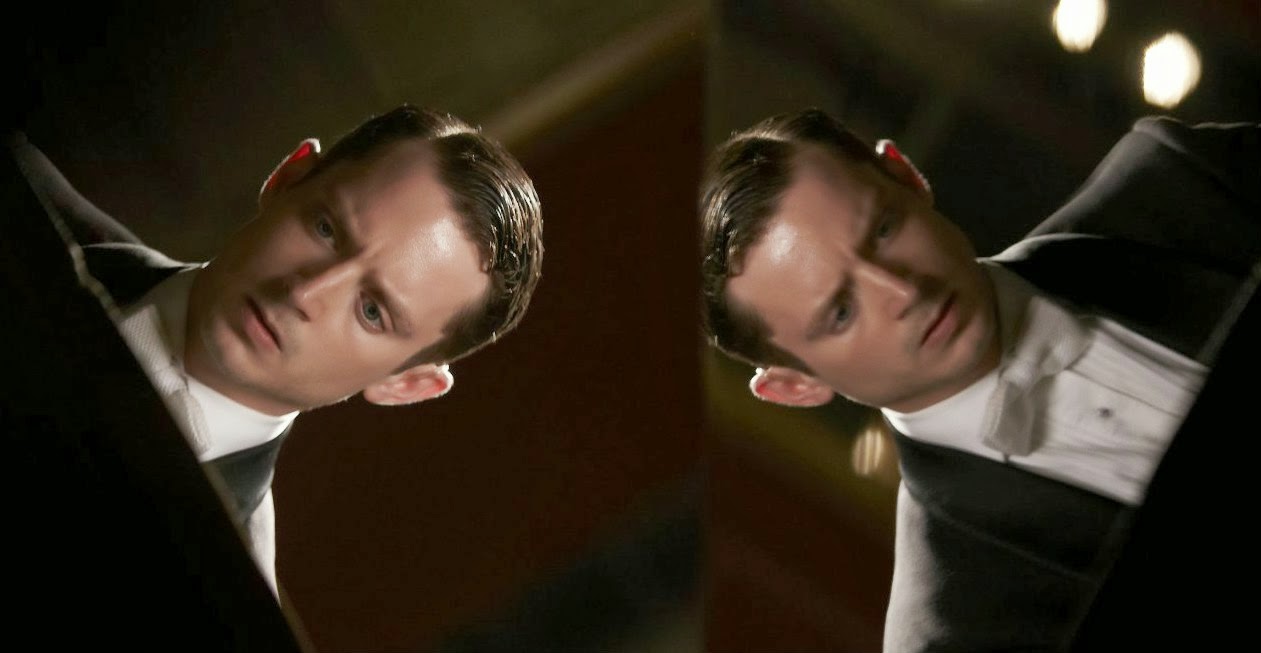 That wasn't a spoiler, don't worry.

The film is full of little moments of quiet genius in its staging and production design. Much like Jurassic Park before it, plumbing into the visual depths of Grand Piano is not the foremost goal of any viewer, but provides anybody willing to do so with a lovely array of symbolism and meaning.

So, a short review for a short film. Grand Piano is simplicity at its finest, presenting a classy and exhilarating story of a man under duress. It doesn't reach for the stars, but it has loads more personality than any action film I've seen this year. Do yourself a favor and check it out while it's still in RedBox.

TL;DR: Grand Piano is imperfect but a taut thriller and it's miles ahead of anything Hollywood is producing right now.
Rating: 8/10
Word Count: 718
Also sprach Brennan at 12:38 PM