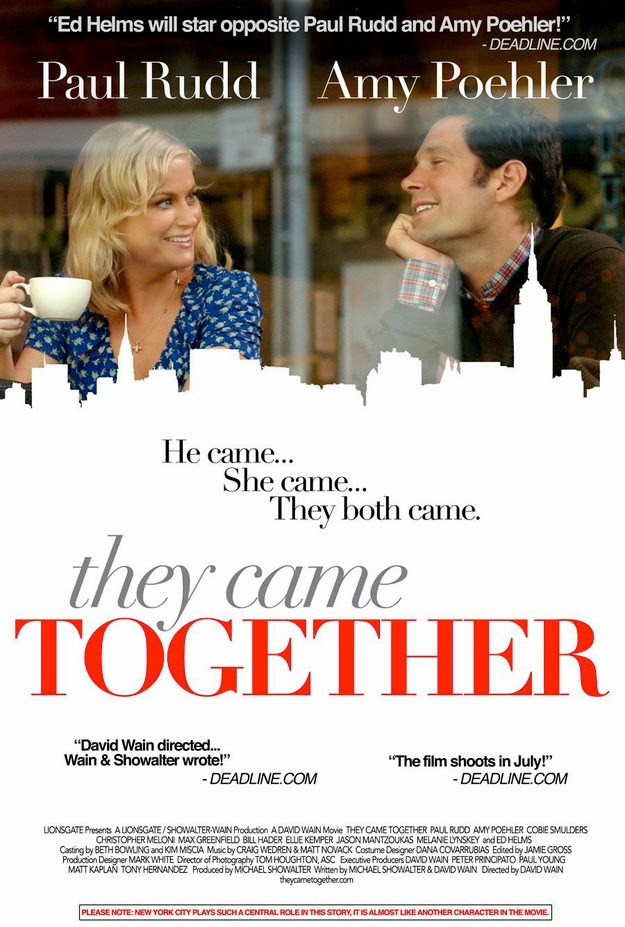 As I make my way through the cinematic landscape of 2014, I'm beginning to notice a pattern. For every tepid comedy film released in 2014, there seems to be a similar and better comedy waiting on the horizon. For every irritating and pointless Zac Efron's That Awkward Moment there's a sprightly and effervescent Zac Efron's Neighbors. For every funny but average Date and Switch (review pending) there's the delightfully twisted They Came Together, our topic for today. And what exactly is that special element that makes all the difference between these sets of paralells? 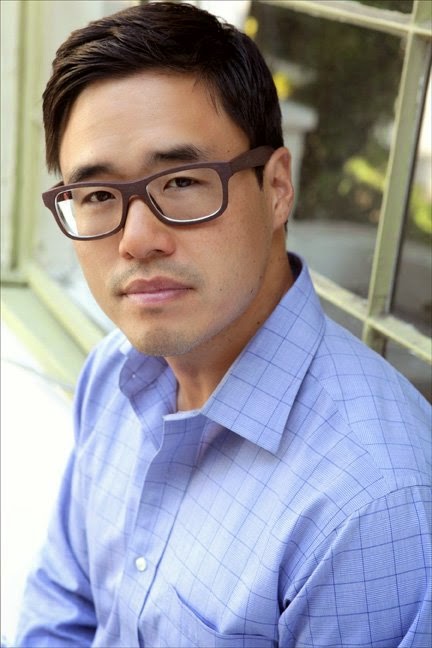 OK, maybe the films don't live and die on his performances because he's only ever given bit roles. But I continue to maintain that this man is one of the most underutilized Hollywood performers working today. I'm excited for his appearances in the upcoming comedies The Interview and Sex Tape, despite the fact that every time I see his face I will be reminded of the time I walked into a screen door and sliced my nose open when helping him look for his shoes on the set of Awesome Asian Bad Guys (That's right, I just name dropped. Right in front of your face. What are you gonna do about it, punk?).

Anyway I love the guy and I think that any casting director who agrees with me is worth their salt, making any movie with his presence a more well-cast film across the board than its compatriots. See? I was going somewhere with that.

Because jumpin' bananafrass is They Came Together well-cast. This romantic comedy parody would perish without Amy Poehler's sharp-as-a-tack skewering of clumsy leading ladies and Paul Rudd's beatific smile. The overwhelming sincerity of their performances gives the film the straight face it needs in order to avoid drowning itself in winking, clumsy meta humor. 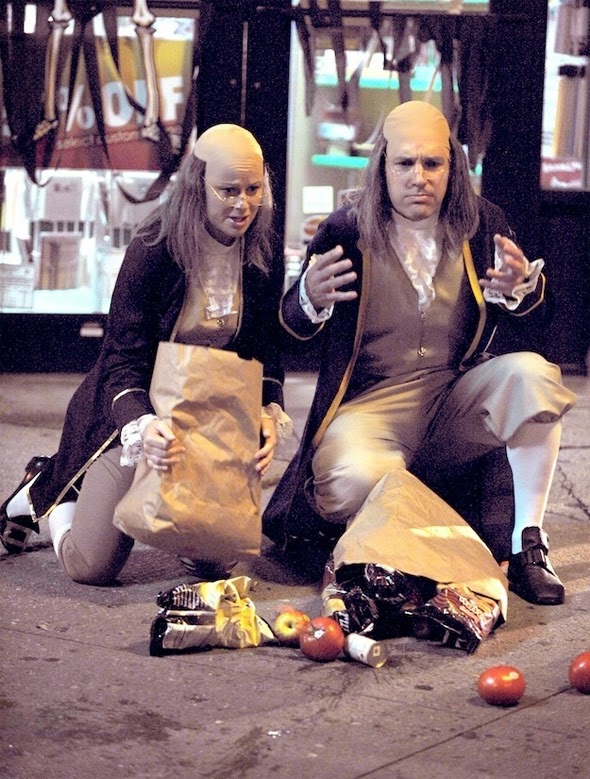 Although goodness knows I love that too.

They Came Together tells the story of two lovers telling the story of how they met. Molly (Poehler) and Joel (Rudd) are two typical romantic comedy protagonists. He, the successful corporate drone with a cheating girlfriend (Cobie Smulders), she the quirky and klutzy owner of a small candy shop in NYC. When Joel's company, Candy Systems & Research, decides to open up a massive shop across the street from Molly's, this complicates their already reluctant love-hate relationship even more.

This plot provides the basic structure for a battalion of cameos from TV actors including New Girl's Max Greenfield, SNL's Bill Hader and Kenan Thompson, 30 Rock's Jack McBrayer, and The Office's Ellie Kemper and Ed Helms. Much in the vein of the slightly less successful but equally buoyant 2013 comedy The To Do List, the film acts as a sandbox for these actors to break out of their established characters and just have some fun playing around in a feature.

The film begins with its most meta moments, which are frequently its weakest. Although it's funny in small doses, nearly the entire setup for the parody is comprised of winking reminders that this is, in fact, a corny romantic comedy. Now, I love self-aware humor, especially in this vein, but even the most delicious chicken risotto would be ruined by the chef standing over your shoulder and whispering "It's chicken risotto. Go on, taste it. It has all the qualities of a chicken risotto. Look, there's the chicken. There's the risotto. Put those together and guess what you get? Chicken risotto!" 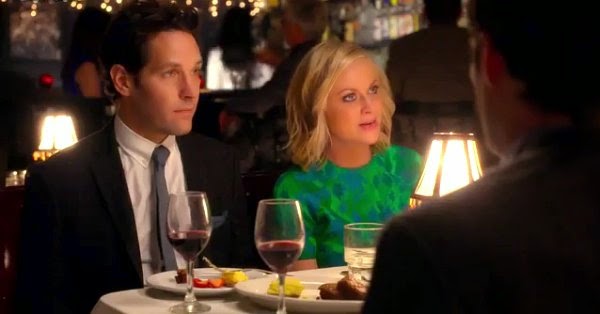 In this case Paul Rudd is the chicken and Amy Poehler is the risotto. If you can't see why, you clearly need to get on my level of sophistication in film analysis.

I'll repeat, this is funny, but just a little wearying, like some of the more blatant "IT'S THE SAME" moments in 22 Jump Street. Luckily, as the movie settles into its narrative, it relaxes and allows itself to explore the winding avenues of absurdist humor and sight gags that populate the genre.

But this is no flimsy Meet the Spartans production here. Somewhere significantly closer to Airplane! (my absolute favorite film comedy of all time) than Date Movie, They Came Together delights in lampooning tropes of the genre rather than merely name dropping specific films and hoping people go "Hey! That was a movie I saw! I guess that means I should laugh." It is at this level on which the film operates at its most inspired, including a scene hilariously mocking a cliché I saw naught but four days ago in The Fault in Our Stars.

For there is practically no other film genre more prone to excessive adherence to formula and rife with trite banality than the romantic comedy. This allows They Came Together to set up gags in the vein of some of the strongest humor from the Golden Age of The Simpsons (which will probably come up a lot on this blog, because I've been watching the entire show for my job), meaning that a familiar joke or story beat will be set up, but subverted at the last second with a bit of twisted humor or negated entirely by literalizing the setup in the most preposterous scenario imaginable, provoking incredulous (and inexorable) laughter at every turn. 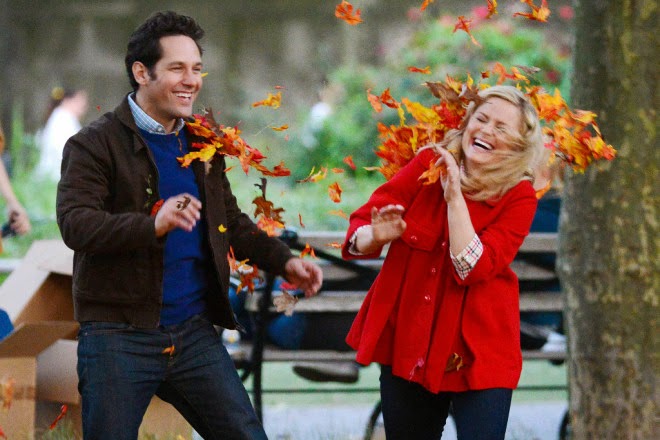 One might say it metaphorically throws the leaves in our faces.

With an absurd streak visible from space, the film is certainly one to remember. After a decade and change of increasingly anemic pop culture spoofs, They Came Together might just be the film to set Hollywood pop comedy on the right track again.

It's not perfect. It falls prey to an ill-advised scatological gag and the first half is certainly less promising than the second, but if it doesn't blindside you with wickedly sharp satire and keep you cracking up faster than a glacier in an Emmerich film, I'll eat my keyboard.

TL;DR: They Came Together is a breath of fresh air and one of the best genre spoofs since the parody heyday in the 80's.
Rating: 8/10
Should I Spend Money On This? I think you should. only It's 7 bucks on Amazon VOD! Fun for the whole family! You don't even have to put pants on!
Word Count: 1042
Also sprach Brennan at 9:25 AM