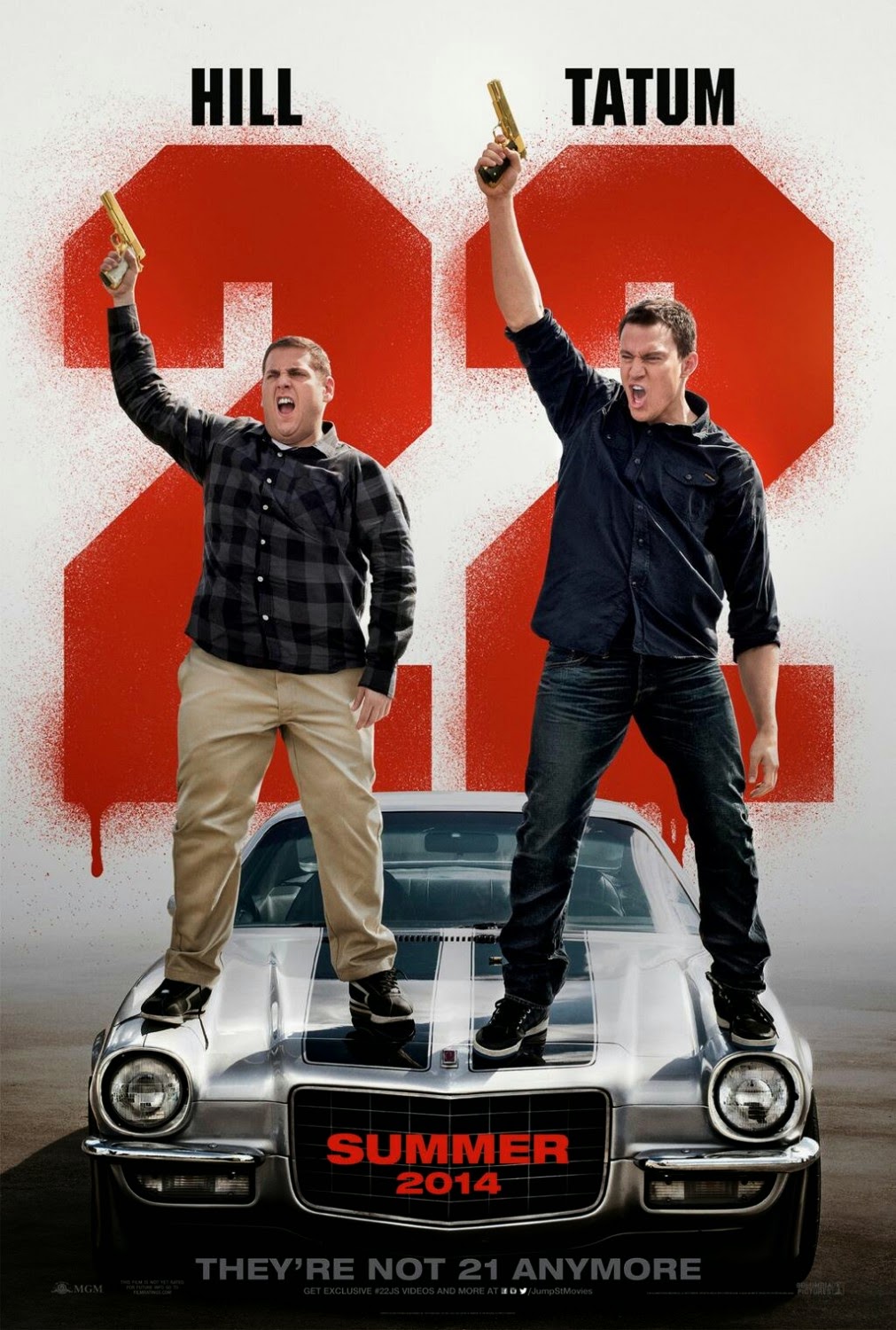 Dynamic duo Phil Lord and Chris Miller are tearing up Hollywood at the moment, having already turned three terrible ideas into immensely entertaining films with Cloudy with a Chance of Meatballs, 21 Jump Street, and The Lego Movie.

Cloudy, an adaptation of a children's book with a modicum of plot, became a pun-filled adventure comedy. 21 Jump Street, a film reboot of a classic late-80's television show, had surprisingly fresh humor and heart. And The Lego Movie turned what should have just been a cheap cash-in shill into one of the best animated comedies of the decade with a central moral about the nature of creativity.

So the pressure was on them when it came time to do the unthinkable - plan a sequel to a comedy reboot of a classic late-80's television show. 22 Jump Street might just be the weakest of their endeavors, but it still delivers what one has come to expect from one of their films - a delightful comedy wrapped around a startlingly firm central core. 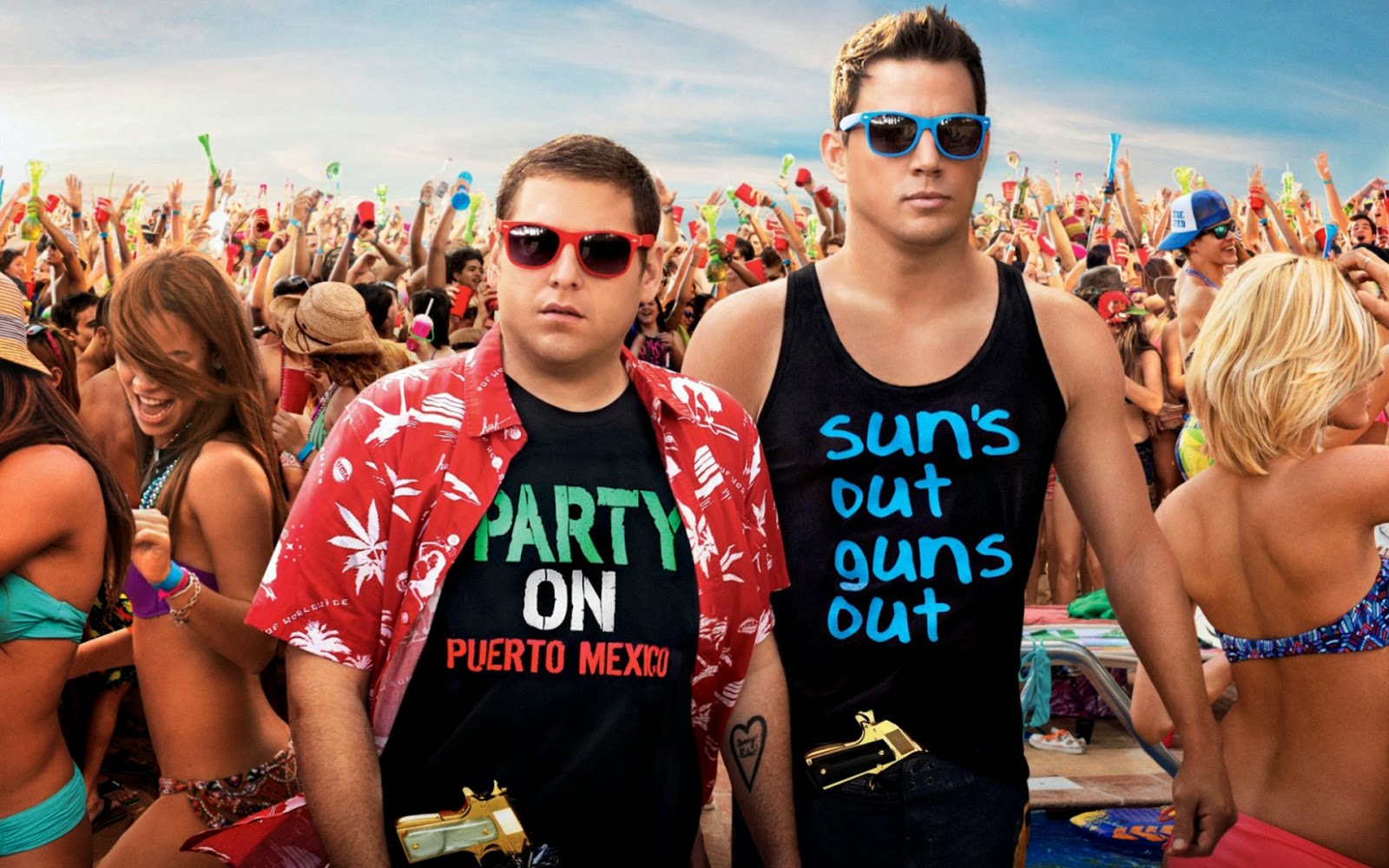 And for once I'm not referring to Channing Tatum's abs.

22 Jump Street follows youthful undercover agents Schmidt (Jonah Hill, looking admittedly slightly too old to play the part, even with the film's comedic emphasis on his age) and Jenko (Channing Tatum) to college after their undercover high school antics in the first film. Their mission is to discover the source of the dangerous Whyphy drug that is circulating the local campus. Once again the two agents find their own niche - Jenko with the football-playing frat boys and Schmidt with the hipster art crowd.


But things begin to fall apart when Jenko befriends frat leader and potential suspect Zook (Wyatt Russell) and Schmidt fears that it will ruin their investigation as well as their friendship. There's also some business with potential love interest Maya (Amber Stevens), but that never coalesces into anything more than a series of gags that - though funny - tend not to have anything to do with the matter at hand. She has about as much effect on the plot as the bean bag chair, which - come to think of it - might actually get more screen time.

Hill and Tatum reprise their roles with gusto and in fact, I maintain with absolutely no trace of irony that Jenko is the best role Channing Tatum has ever played. Better even than comedy superstar Hill's slightly wan Schmidt, Tatum embraces the blind jocky enthusiasm of Jenko with verve and skill, proving that he might fare much better in the business should he decide to stick with comedy rather than wan romance or popcorn action flicks.

The boys at the center impress, although they are no longer surrounded by the stellar supporting ensemble of the first film, something which really tamps down on the effervescent humor. Russell and Stevens have their share of moments, but they are nothing compared to what came before. In fact, Rob Riggle and Dave Franco's brief cameos immediately outshine any of these newcomers' output. Only Jillian Bell as Maya's put-upon roommate Mercedes does anything of interest, bubbling relentlessly forth from the screen like a force of nature. 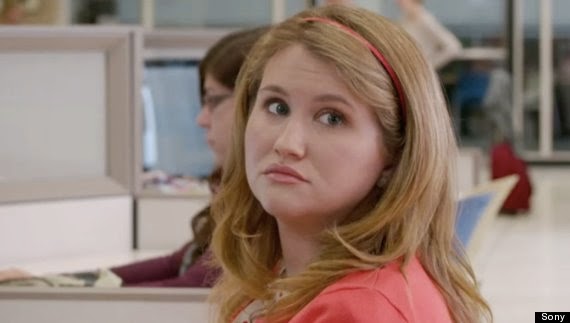 An adorable blonde force of nature.

So no, it doesn't capture the newness and utter joy of 21 Jump Street, but that was never going to happen. And the slick music video sensibility of the production design and cinematography tends to bring you out of the film somewhat, especially when the soundtrack overwhelms the dialogue to such a point it becomes clear that the Hot New Track is more important than what jokes are being told (one such track, "Turn Down For What" having the unfortunate potential to instantly date the film when it fizzles out of its 2.7 seconds of popularity).

This is an unfortunate new trend in Hollywood comedies (last seen by Yours Truly in the remarkably unbearable That Awkward Moment) and likely has more to do with studio tampering than the work of the two directors, who I hold in too much esteem to think they stood for the idea of burying their jokes. Anyway, I hope it goes away soon and think it best not to spend too much time dwelling on it, lest they catch on.

What 22 Jump Street does have in spades is electrifying meta humor. Nearly every single joke is geared toward one level of self-awareness or another, whether it's the fact that the characters are nearly always on the cusp of being aware they're in a movie, the more cloying "this is a sequel" jokes that are beaten into the ground with a baseball bat, then pile-drived into the planet's core, erupting in a volcano of meta that showers the entire universe, or the subtle and infinitely clever gags like the one concerning Tatum's previous role in White House Down. 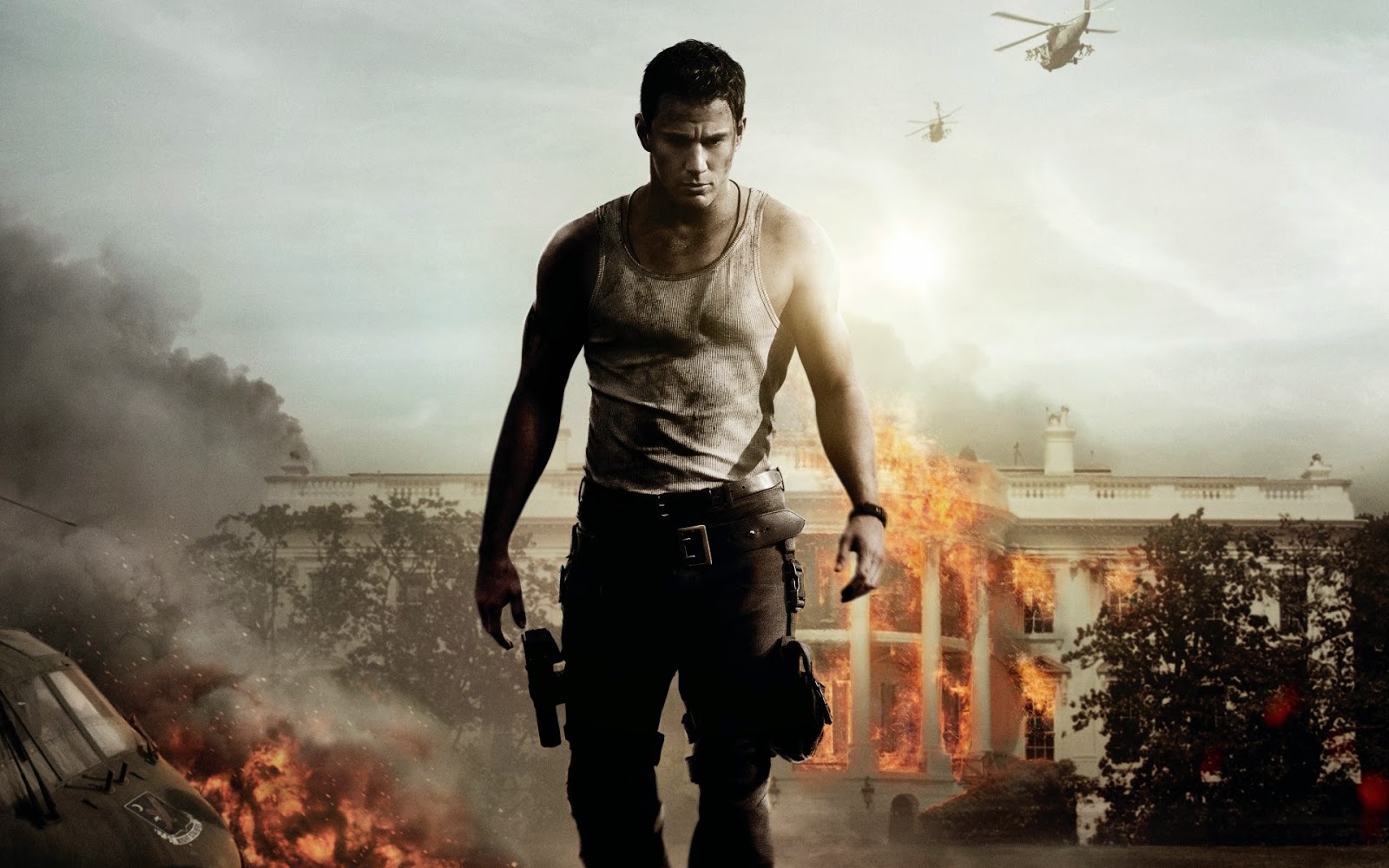 In short, some of it works, some of it doesn't. Fortunately the jokes featured most frequently and at the forefront are the kind that work. And it wouldn't be a Lord and Miller film without a totally unexpected and cleverly thematic philosophical manifesto buried within the comedy, and this film is no different. In fact, it's utterly brilliant - elevating the repeated meta gag of "sameness" as the centerpiece for the entire film.

What starts it off is a cheesy joke Ron Swanson makes about how important it is to do the exact same thing as last time. Yes, it's just a meta joke about being a sequel, but that idea branches out throughout the film into a startlingly dense web. It's Miller and Lord's way of dealing with the pressure of handling a sequel to a highly successful film and it's genius.

(THEME SPOILERS? ARE THOSE A THING?) When Jenko makes friends with Zook, a man exactly similar to himself, he begins to act upon that theme in earnest. Sure doing the same thing can be comforting and desirable, but he soon discovers how empty it is to just mindlessly repeat the same things over and over again. A central tenet of the film is that it is perfectly acceptable to repeat oneself, but a twist to the formula is absolutely necessary. It's the only way to grow and change as a person and to stop from dragging yourself and others down.

Leave it to our boys to turn their funny meta sequel for a TV reboot into a musing about the nature of mindless repetition. So there's the twist that justifies the entire thing. Seriously, the pieces all click together like an episode of Arrested Development on the fourth rewatch. It's an impressive endeavor emphasized within the film at every turn, sometimes quite strongly and obviously (like the characters that constantly reprimand the agents for not doing the same thing) and sometimes with delicate subtlety (like the sets of twins that pepper the film in various supporting roles.). 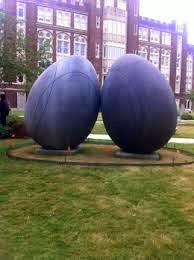 Because of the dedicated efforts of the directing team, they have once again achieved a resounding success. 22 Jump Street is not a Kubrickian puzzle box of a film, but it's a dreadfully smart sequel that, while never quite as funny as the original, is definitely worth a watch. If you loved 21 and want more of the same, you'll get it, but with that oh so delicious twist of lemon.

Should I Spend Money On This? Honestly, no. Wait for RedBox and do a double feature at home sometime. But definitely check it out before the year is over.
Word Count: 1300
Also sprach Brennan at 12:09 PM