Beat It, Essay: Music Of The Night HE Came Home

Phew! I survived the A to Z Challenge! Now we can return to regularly scheduled programming and I can survive finals week without a post every single day. But never fear, I won't forget about posting, I'll just stick to my regular average of one every two days or so until summer begins and my schedule clears up again.

But for now why not check out what's going on in finals week! Here's my final essay for my Music in Film class!


Discuss the role of music in a single film created in 1970 or after. 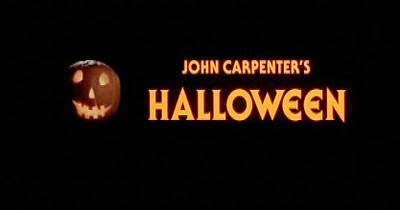 In 1978, the horror genre saw a great sea change with the release of John Carpenter’s low budget fright flick Halloween. Prior to its innovative approach to the genre, few films (like Jaws or The Exorcist) broke through the mire of pale Psycho knockoffs that had been permeating the market. But this fablistic tale of a purely good babysitter played by Jamie Lee Curtis defending her charges against Michael Myers, a faceless boogeyman, sent a shiver down audience spines, aided in no small part by Carpenter’s self-composed minimalist score.

Three major themes dominate the score for Halloween and all of them serve a unifying purpose – to highlight the nature of Michael Myers’ evil. This is an important endeavor because he is no mere slasher villain. In fact, slasher films didn’t even exist yet in the shape they would after Halloween’s influence. Michael Myers was a signifier of pure unstoppable evil, a force utterly divorced from humanity. The blank white mask he wore helped to signify this, stripping him of any defining features, but the music is what really drove that point home.

The first and most common theme in the film is the Halloween Theme, an unrelenting and shrill synth composition comprised of a ten beat pattern (1-2-3, 1-2-3, 1-2, 1-2) repeated endlessly. Accompanied by a series of low tones to create an ominous mood, this theme sets the stage, evoking feelings of an autumnal Illinois night with its repetitive but nostalgic tune and consistent tempo while the more ominous undertones provide another layer; a feeling of being watched by some dark evil lurking in the shadows. 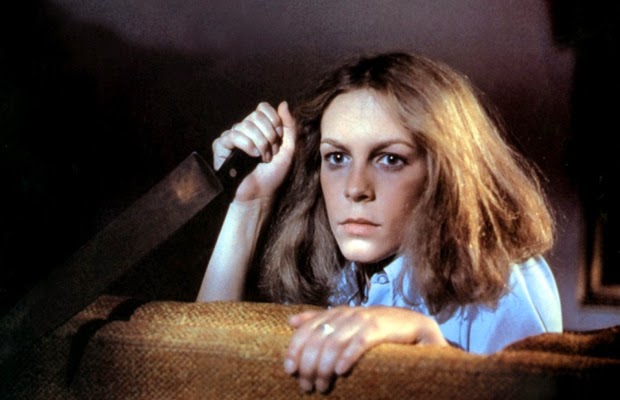 The second theme is Laurie’s theme, the musical cue that ties in most clearly with the fablistic tone of the film. The idea of Halloween is not that it tells a story of a realistic serial killer and his realistic victims, but rather a much grander display of the struggle between good and evil. This is reflected in Laurie’s theme, which opens with a lilting, almost whimsical melody using two alternating high notes to suggest her purity and inherent goodness. However, it doesn’t take long for the low, ominous notes to encroach upon her theme once more. After all, this film is about her battle with pure evil, the nature of which is ubiquitous and unrelenting. 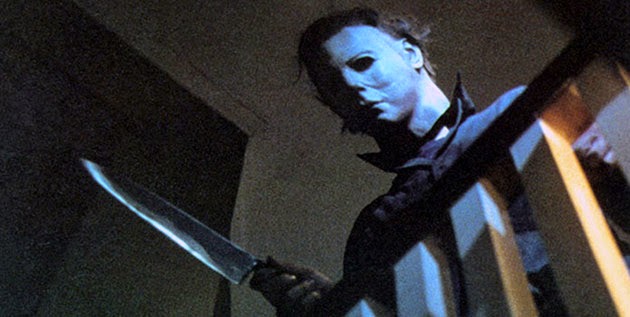 The third theme is the Shape Theme. The Shape is the name given to Michael Myers in the credits and in the script, further dehumanizing him and turning him from sympathetic madman to an instrument of pure evil. His theme provides a similar effect. A large majority of the theme is a single low note repeated in staccato intervals. The harshness of this theme reflects the thought inside Michael Myers’ head and the pure visceral evil that fuels them. Persistent, dark, and terrifying, the focus on one single note of evil provides clues to the killer’s “motive,” implying that he moves with singular purpose to stalk his prey, the sweet young symbol of good whom he happened upon by accident while visiting his old home.

The entire score is composed on a synthesizer because of budget necessity, but sometimes such limitations are all a great artist needs to fully explore the limitations of their craft and create something delightfully new and dazzlingly creative. Because of his lack of an orchestra, John Carpenter was forced to think simpler, creating an immensely complex soundscape out of only a few musical colors and tones. The heavy use of leitmotif in Halloween is derived from this limitation and that, more than anything, is what makes the thematic material drill into the audience’s subconscious.

The music trains audience members to react in certain ways to certain situations, creating a musical atmosphere where the introduction of a single note can change the tone of a scene and keep viewers on their toes. The genius of the music does drive heavily from the cues themselves, but the tone lives and dies on their placement in the film. Carpenter plays the audience like a fiddle, using abrupt shifts to music or silence to create tension and a sense of imbalance. 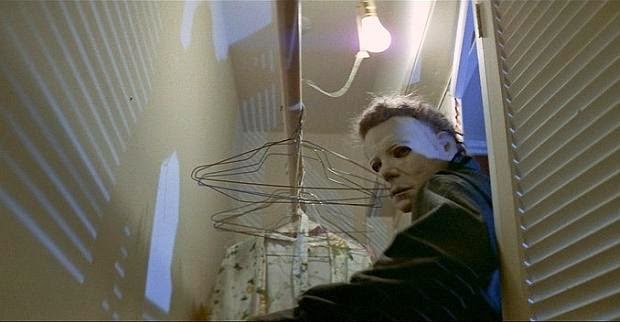 Carpenter’s Halloween score became legendary more or less immediately with only about six notes dominating a majority of the score and that is what separates the geniuses from you or I. He realized that the tone and cue placement were essential to the horrific qualities of the film and its score more than the compositions themselves. They of course played a big part in the creation of the atmosphere, but Carpenter proved that films don’t need wall-to-wall original music with only a few repeating motifs. An even more jarring and unnerving effect could be created with only a small pool of cues to choose from, driving them into the minds of the viewers like a jackhammer.

Carpenter’s work on the film was so influential that his score was pilfered for years to spice up lesser slasher films like The Boogeyman or He Knows You’re Alone and large quotations of the score were directly incorporated into the finale of Wes Craven’s postmodern masterpiece Scream in the mid-90’s. The Eurodance scene in clubs across the pond would never be the same after this film, nor would be the entire slate of horror films for the next decade and a half. And it didn’t take miles and miles of dutifully composed pages. It didn’t take hundreds of unique instruments played by a herd of professionals. It didn’t take a lush postromantic style. All it took was a Shape.
Word Count: 1018
Also sprach Brennan at 10:21 AM