I Get By With A Little Help From My Friends

In the deluge of Friends related articles posted all over the internet yesterday, one of my favorites was this interactive post about which friends shared the most scenes together. Check it out!

As you can probably easily guess, Friends is very important to me. Unfortunately the show was born the same year I was, so I was far too young to watch it during its first run, but I had an equally influential experience with it. The summer before my freshman year of high school, I watched the DVD my parents had of season one on a whim.

I fell in love and with each successive allowance payment (Remember allowance? I miss it), I bought the next season, watching every episode in order on my tiny portable DVD player lying on the floor of my bedroom and loving every minute of it. That summer I watched every single one of the show's 236 episodes. I continued to watch the show every morning while I ate breakfast for a period of about three and a half years. So although I missed out on the first run, I did get the experience of viewing them all in order and a lifetime's worth of reruns, so I don't feel like I'm missing out on anything.

And all of this makes me the utmost authority on describing... 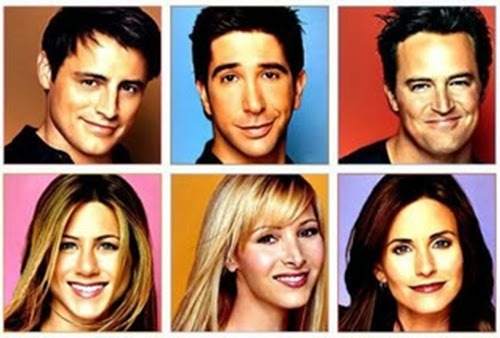 Although Season Nine had its fair share of comedic moments (the final episode in Barbados especially), it was bogged down with a bit too much plot. The series was drawing to a close at this point, so the show runners needed to stir the pot to provide momentum for the grand finale. Phoebe met, dated, and broke up with Mike, Rachel fell in love with Joey, and Ross started dating a beautiful paleontologist. Although it was all entertaining enough, each of the plots was clearly setting up for something much bigger so it was more anticipatory than actually telling a story. Although Season One is responsible for making the world fall in love with Chandler, Monica, Phoebe, Joey, Ross, and Rachel, like many TV sitcoms, it was still finding its feet at first. Although the clever writing was still there, the show didn't find many of its best gags and relationships until it had time to fully develop the characters and their plot lines. And this is the season where Ross gets a monkey, and I haven't met a single person who was pleased with that development. 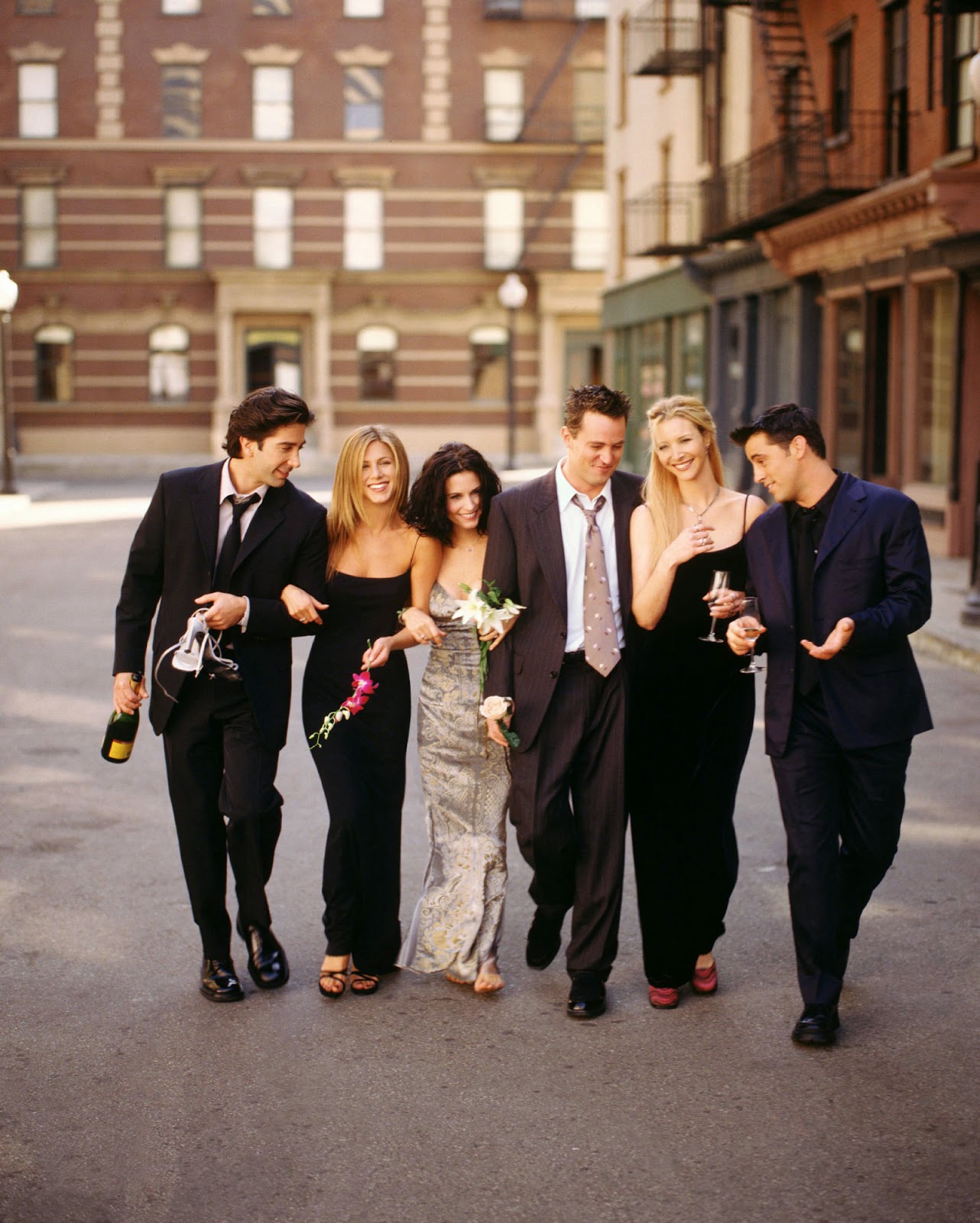 Season Seven was still coasting on the high of the Friends Golden Age, which would end somewhere around Season Eight. Although the show would consistently put out a slate of stellar episodes and was by all accounts a massive success, the ratings wouldn't ever really be the same. This season might be slightly responsible for that because, for all its slickness and humor, it feels like more of the same before all the weirdness of the later seasons came in to spice things up again. 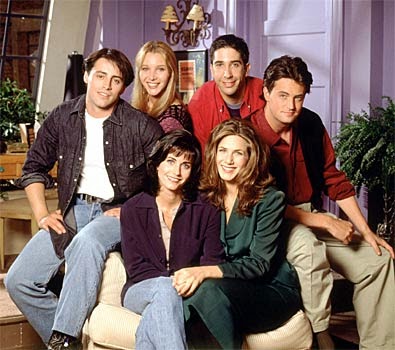 Looking back on the show as a whole, Season Two is great but it almost feels like a different show. The cast was still settling into their roles somewhat and the design and writing were still a little stuck in the 90's. But this is the season in that cemented in the show as a major hit despite the atrocities committed by Courteney Cox's bangs. 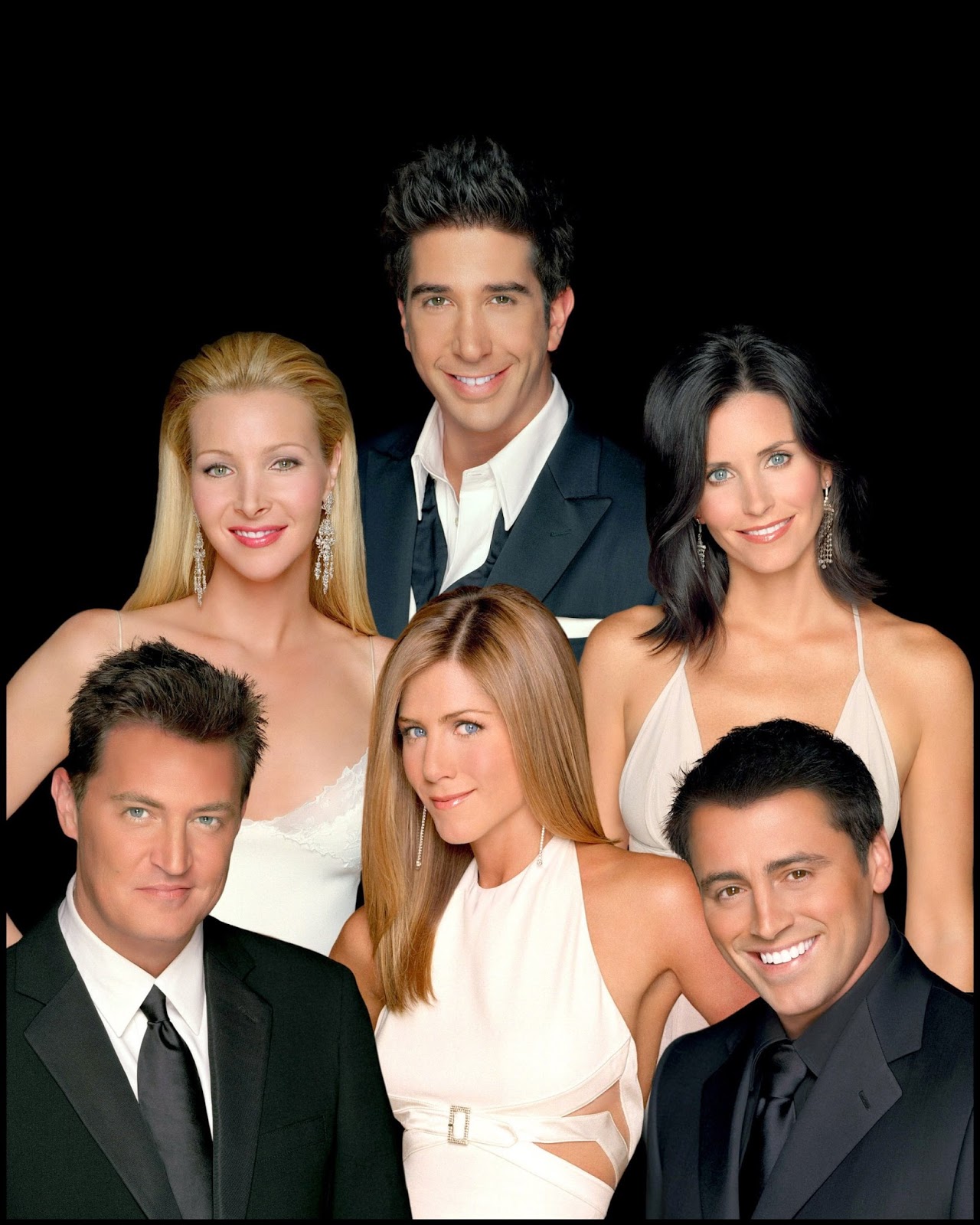 Season Ten was plagued with wacky scheduling and budgetary constraints and was truncated by about six episodes, but the writing team pulled together to send out the beloved show with a tremendous hurrah, resulting in some of the funniest half hours of television of the decade, although things at this point were a little too polished and modern to have the supernova charm that the show maintained throughout the late 90's. 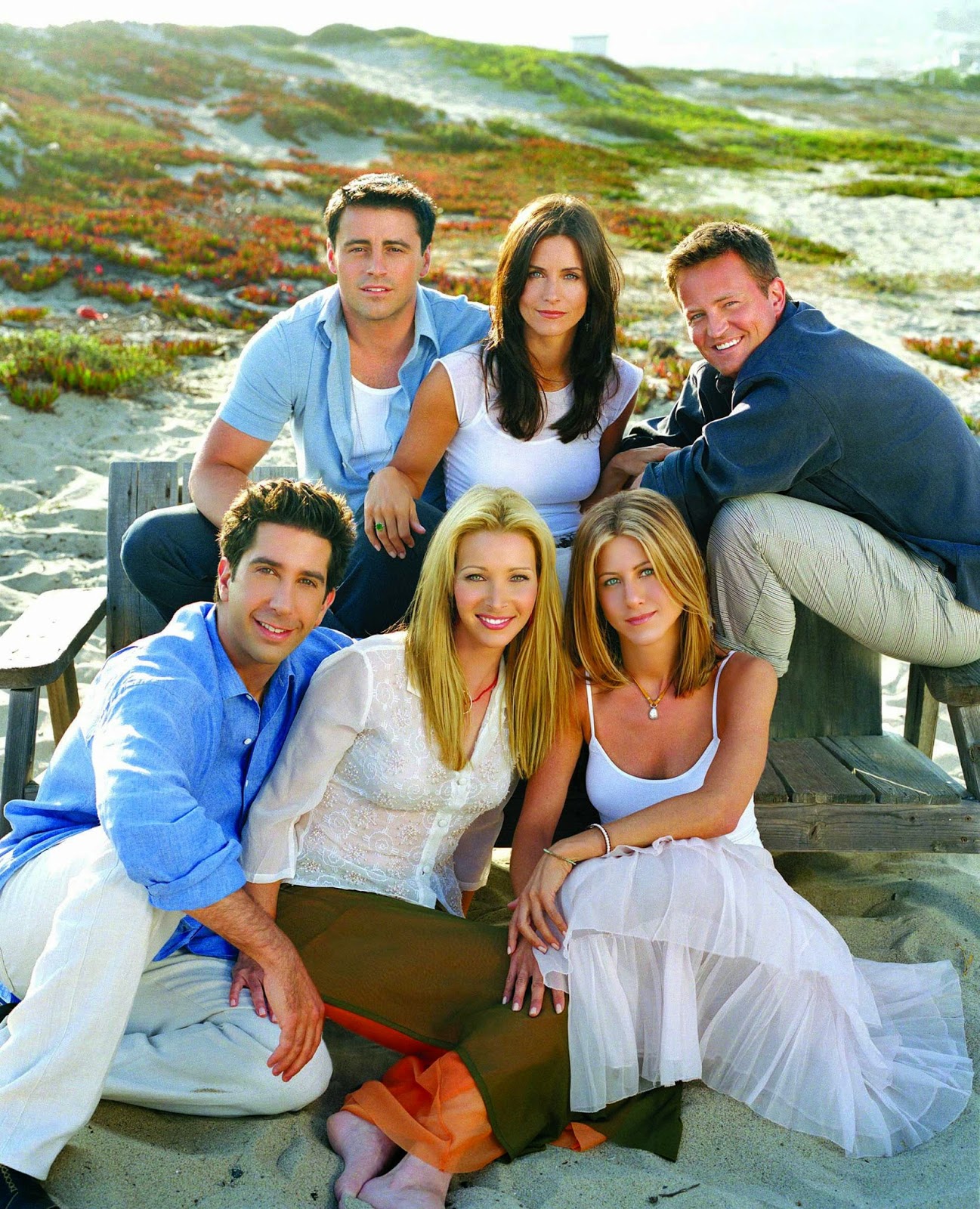 Started: September 27, 2001
Ended: May 16, 2002
Highlight Episodes: "The One Where Chandler Takes a Bath," "The One with the Secret Closet,"The One Where Joey Dates Rachel"

Perhaps this one is a more personal choice, but I adored Season Eight. The writers found themselves breaking out of their rut and starting playing more with the characters, pushing them every which way to see what they could do. Although Rachel's pregnancy was an odd journey, the antics of the Friends around her were enjoyable as ever. 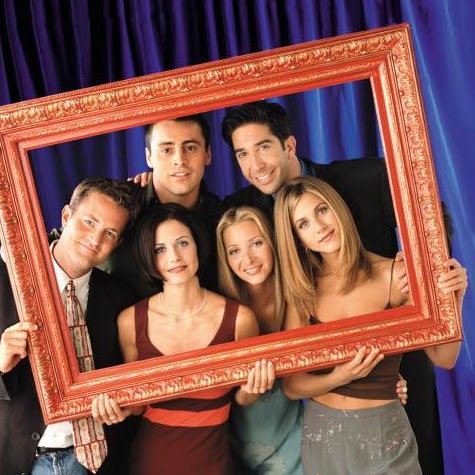 Season Five was Friends at its serialistic best. At this point, it was more than a mere sitcom. The show was allowed to have continuing story lines across episodes because who the hell wasn't watching Friends in 1998? Some of the series' most enduring comedy comes from Chandler and Monica's interactions with their Friends as they try to keep their blossoming a relationship a secret. This was the season that introduced the series' most stable intra-Friend relationship, providing a hilarious counterpoint to the ever-rocky ground that Ross and Rachel found themselves on. 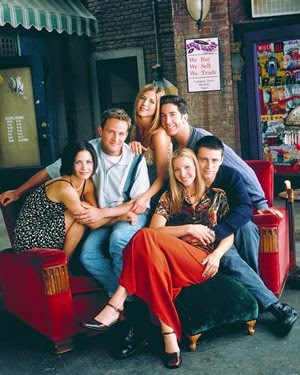 The Season Six writers were on their game, providing creative avenues for the Friends' misadventures including the utterly genius alternate timeline of "The One That Could Have Been." This season cemented in the relationship of Chandler and Monica, who had surprisingly become the center of the show's romantic tension. Their heartwarming engagement in the finale kept fans on their toes and laughing. 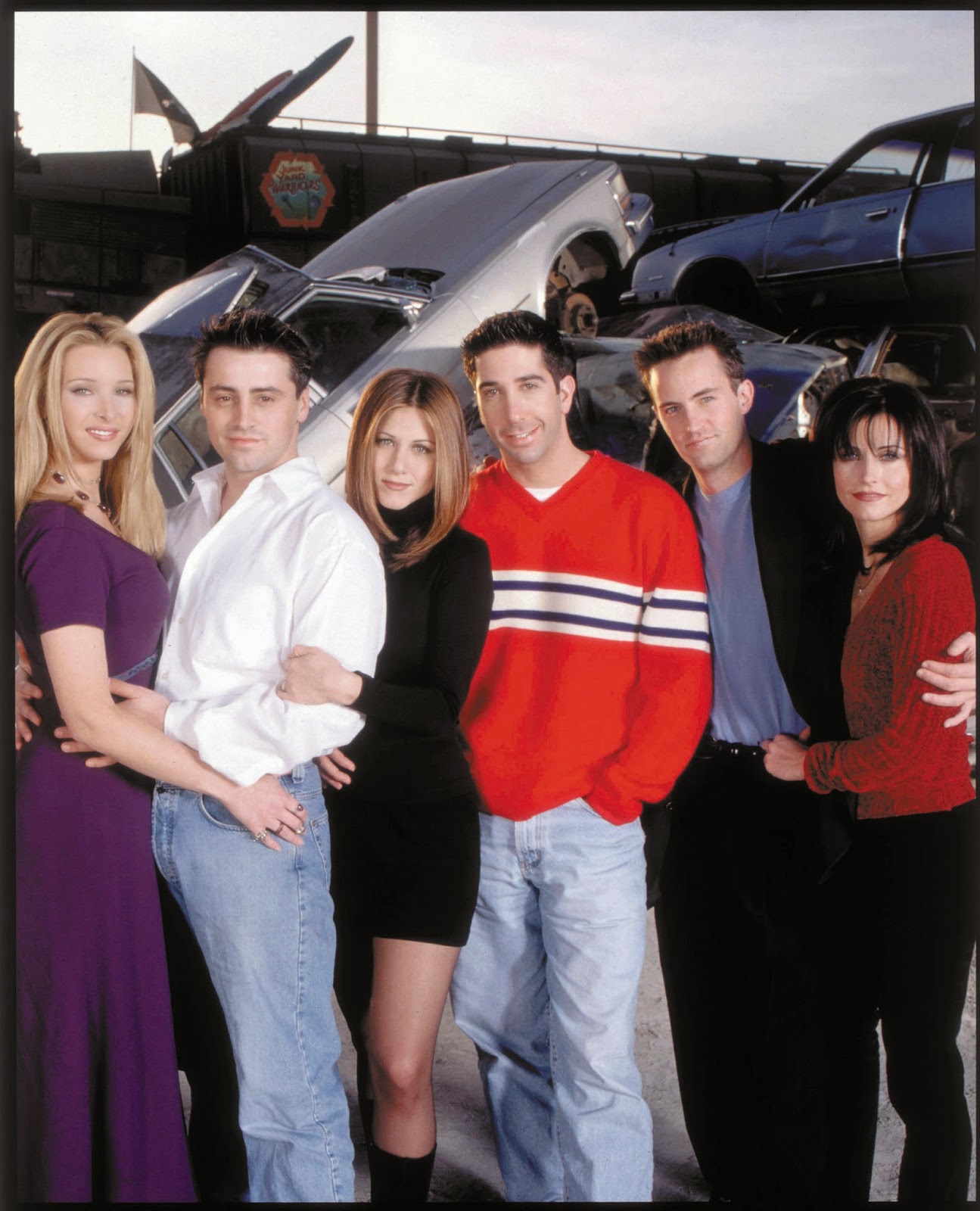 Season Three was where the show really hit its stride as the zeitgeist hit of the decade. This season depicted the most Ross and Rachel action across the entire series and introduced mountains of callback jokes and beloved recurring characters. 30% of my top 10 episodes came from this season alone and the series was still fresh enough for every next show to feel new and exciting. This season is responsible for the success of the entire series and the reason we all remember it even an entire decade later. Thank you, Season Three.
Word Count: 1287
Also sprach Brennan at 9:24 AM