Hanging With My Friends

Did you feel like feeling old today? Well if not, I have bad news for you. Today marks ten years since the final episode of Friends came on the air. We've lived in a Friendsless world for a decade and I'm not OK with that. I truly love my Friends, so this post and the rest of the posts this week are dedicated to the television sitcom that shaped the bulk of my adolescent life. Today's topic is

#10 The One with George Stephanopoulos (Season One, Episode 4) 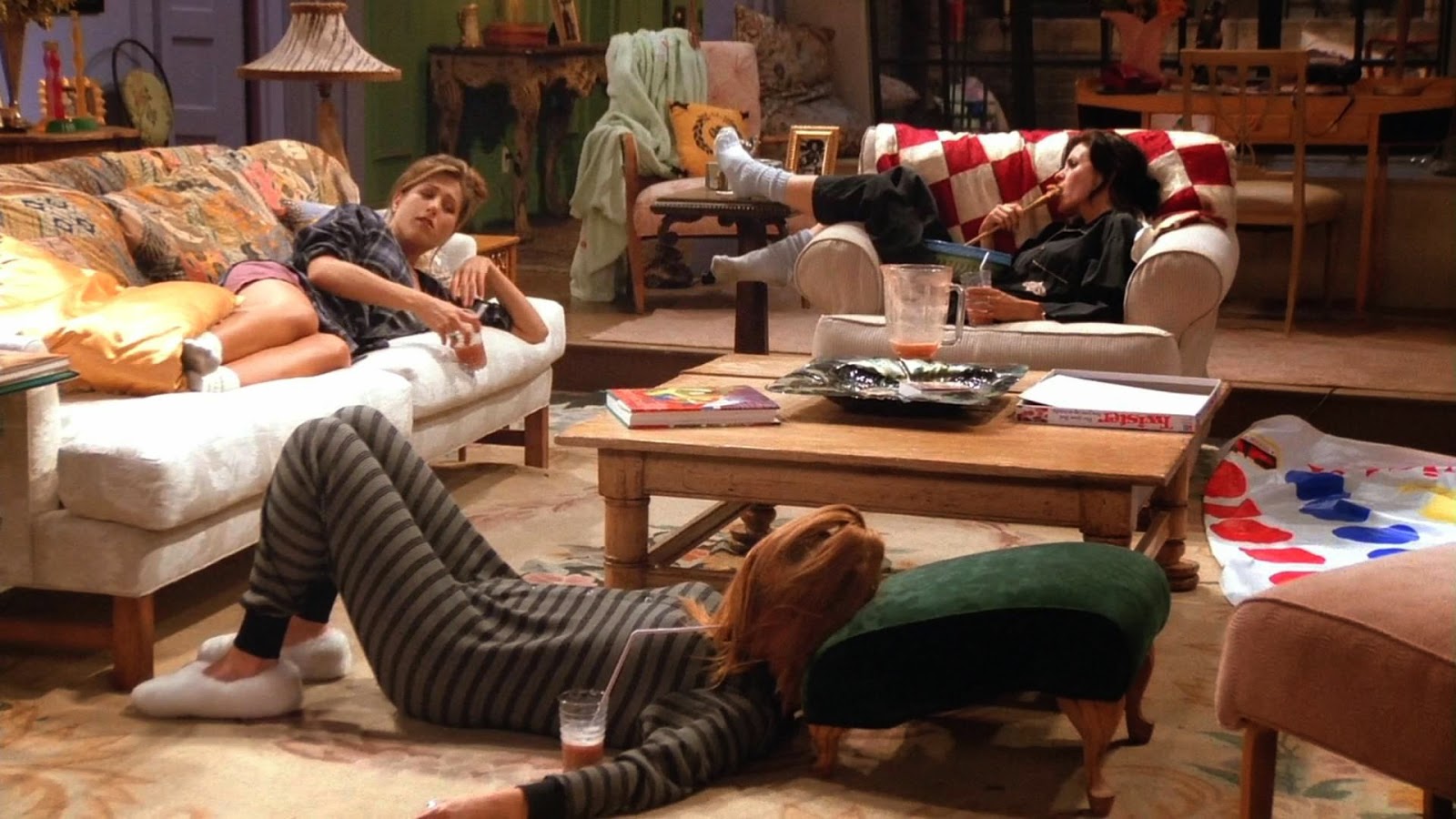 As with most TV sitcoms, the first episodes of Friends were funny, but stood on uneven ground. The audience is still learning the characters and the writers are still shaking off the cobwebs and learning how to write stories in this newly created world. "The One with George Stephanopolous" is the episode where the humor and the plot really started to click and the girls' sleepover showcased what would soon become the show's strong suit - just letting these characters be themselves and hang out, allowing us a glimpse into their lives without stress or absurd stakes, merely letting the humor and joie de vivre speak for themselves.


Monica: Hey Joey, what would you do if you were omnipotent?

Joey: Hey, if Little Joey's dead, I've got no reason to live. 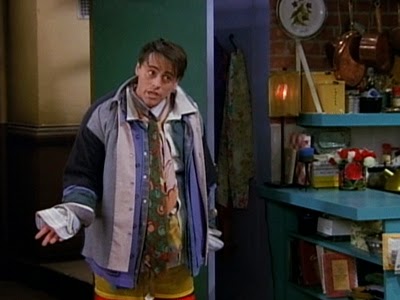 Perhaps the best bottle episode of all time (a trope named by the Star Trek writers for low budget episodes with no excess spending), "The One Where No One's Ready" features just the main cast in just one single location in more or less real time as Ross tries to rush and get everybody ready for a gala event at his museum. Again, letting the Friends be friends and just watching their interactions without distractions allowed for the comedy and performances to rise to the top.


#8 The One with the Flashback (Season Three, Episode 6) 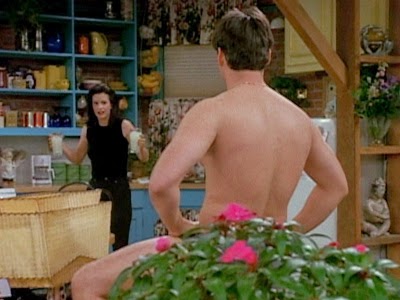 Although TV shows are frequently prone to having "Very Special Episodes" that have nothing to do with the main plot (Glee is among the worst shows propagating the trope), the alternative episodes in Friends would rank among some of the best in the show due to the sharp writing and audience familiarity with the characters. "The One with the Flashback" the first episode to truly embark upon that path, depicting events that took place before the pilot and showing how different combinations of the Friends had near-miss sexual encounters with one another. The episode relied on previous knowledge of the characters' current personalities and situations to land most of its jokes, which could kill the comedy on a lot of shows, but not Friends. The sitcom was such a zeitgeist that nobody in the world could have had trouble understanding even the most involved punchlines.


#7 The One with All the Thanksgivings (Season Five, Episode 8) 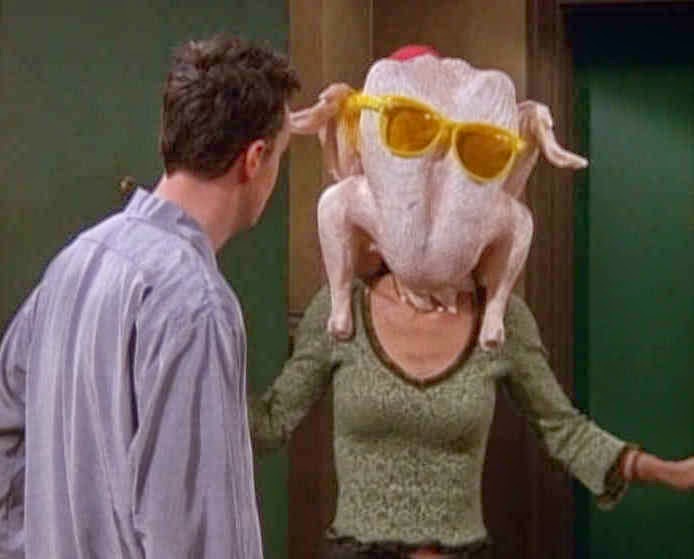 I must love flashbacks, because "The One with All the Thanksgivings" trumps a series full of incredibly stellar Thanksgiving episodes. We get to see all of our favorite characters in awful 80's fashions, Phoebe in her past lives, and Joey making a fool out of himself as everybody competes to see who has the worst Thanksgiving story.


Rachel: Joey got a turkey stuck on his head?

Joey: Hey, it's not how it sounds.

Chandler: It's exactly how it sounds! 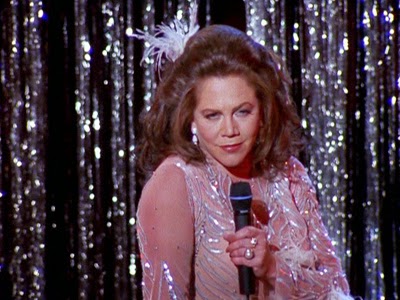 LGBT representation on television in the 90's was, let's say "thin on the ground." But in a show that introduces a lesbian couple in the first season and a gay ice dancer soon after that, Friends was never afraid of addressing the topic, and it has never been funnier than when Chandler visits his father's drag revue in Las Vegas. Sure, her getup is played for laughs but it's a comedy show. At heart, this character is taken very seriously and despite Chandler's hesitations (due to his own insecurities about his sexuality), he really does love his dad (played to the nines by the stunning Kathleen Turner). And the rest of us do too, because he's freaking hilarious.


Chandler: He had sex with Mr. Garibaldi!

Chandler: Does it matter?!


#5 The One Where Joey Speaks French (Season Ten, Episode 13) 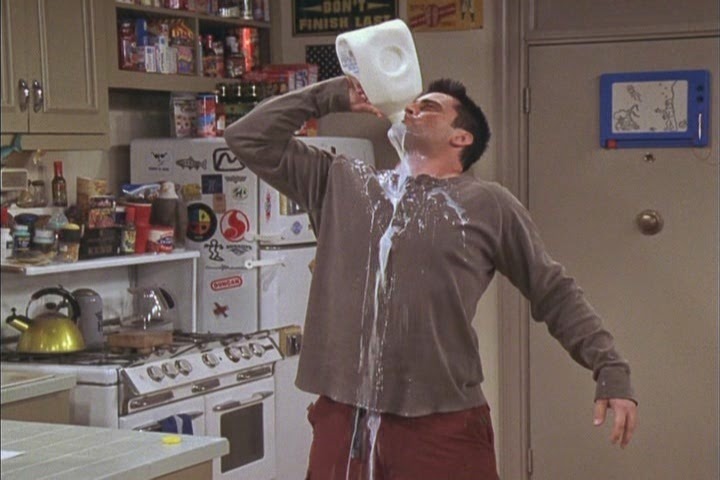 Although the scheduling for the tenth season was haphazard due to the show's impending finale and the stars' enormous salaries, it provided some of the funniest episodes yet, including "The One Where Joey Speaks French," which tells the heartwarming tale of Joey utterly failing to pick up a foreign language in order to audition for a play, much to Phoebe's dismay. It's a hilarious cautionary tale. Kids, make sure that if you put something on your resume, you can actually do that thing. Blee Bloo Blah! 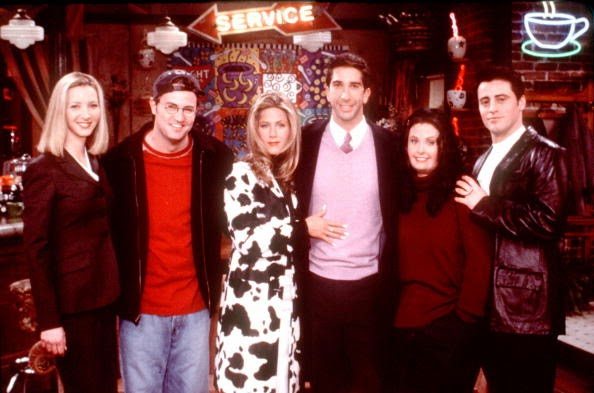 Here's another alternative timeline episode that relies on current knowledge of the show to slam dunk the jokes. This two parter shows what the Friends' lives would have been like if Monica was still fat, Chandler was a struggling writer, Rachel had married Barry, Ross had never gotten divorced, Joey never got fired from Days of Our Lives, and Phoebe had taken that job at Merrill-Lynch. The episode provided a great opportunity for the actors to play around with their characters and was a breath of fresh air in the middle of a show that had fallen into an expected (but admittedly hilarious) routine.


Monica: Phoebe, having a heart attack is just nature's way of telling you to slow down. 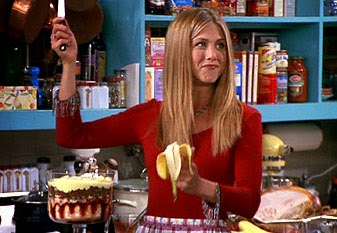 Remember when I said that Thanksgiving episodes were typically the best? I wasn't kidding. The joy that stems from them relies again on the interaction between just the Friends themselves and only one or two guest stars. This time around, Ross and Monica's parents are in town for the holiday and the plot descends into an I Love Lucy style farce as Rachel screws up dessert and everybody else attempts to keep secrets hidden from one another. The explosion that occurs at the very end is one of the funniest minutes of television ever filmed. 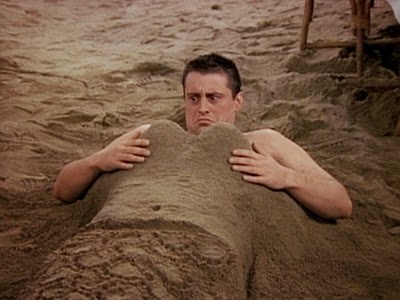 By the end of season three, Friends had really gotten into the swing of things and this finale was one of the best, a sublime mixture of typical season-ending plot theatrics (Ross must choose between Rachel and his girlfriend Bonnie) and just plain stellar humor (the gang's beach vacation is ruined by a flood that renders the entire lower floor of the house covered in sand).


Phoebe Abbott Sr.: You know this house is an unusual house because there's three bedrooms and no bath. But the ocean's right there. 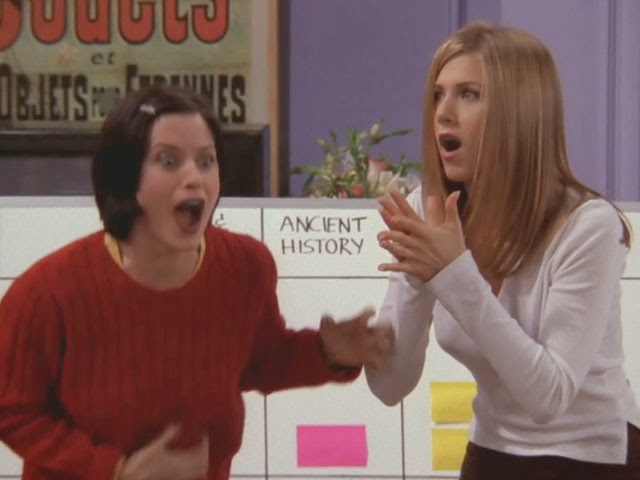 As Phoebe prepares to be a surrogate mother for her infertile brother's children, the rest of the gang plays a hilarious trivia game to prove which set of Friends knows each other better - Monica and Rachel or Chandler and Joey. This episode is full of unbridled joy and the trivia questions combined with Ross's apparent glee at coming up with them provide many avenues for comedy smack dab in the middle of the Friends Golden Age.


Joey: It's the chick. She's going through some changes.

Monica: What kind of changes?

Chandler: The vet seems to think she's becoming a rooster. We're getting a second opinion.