Laugh Yourself to Death

Hey everyone! Turns out, as the months go on, school gets harder. Who knew, right? Unfortunately this really bites into the time I have to watch movies and write words, but I'll keep coming at ya whenever I can!

Upcoming on CinemaBeach is an article I wrote recently about the top five scariest movies that you can peruse when you need a good scare, but what if you don't like being scared? This is very possible. In fact, I've heard rumors about people who don't want their films to make them pee their pants at all. I know, right? Whatever. To each their own.

But the fact remains that it is Halloween season and you're not gonna be able to escape the zombie hordes so easily. But if you prefer the lighter side of things, here's

A preface: The Scary Movie franchise is not good, has never been good, and I'm never ever going to mention it again. 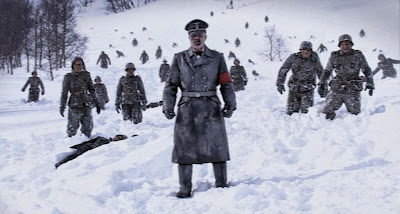 A pristine zombie film because Norway really loves churning out great genre pictures for some reason, Dead Snow (Død Snø) is a cheerfully gory sendup up the "cabin in the woods" trope. Taking the idea of your typical battle with flesh eating revenants and pushing it right over the edge with undead Nazis and snarky meta commentary, the film is among the greats (two more of which are also on this list).

#6 Behind the Mask: The Rise of Leslie Vernon (dir. Scott Glosserman) A mockumentary starring Nathan Baesel as the charismatic Leslie Vernon, a man whose occupation of choice is Slasher Villain. With a unique reinterpretation of the slasher clichés and cameos by Zelda Rubinstein and Robert Englund, this slasher knows its history. I have one small linguistic critique (the phrase "survivor girl" usurps the classic "Final Girl"), but other than that BtM is pretty much perfect for fans of the genre.

An Australian riff on the backwoods torture genre, 100 Bloody Acres tells the tale of two brothers struggling to make a living selling blood and bone fertilizer. Gross out humor and surprisingly sweet characterizations clash into what could have been an unmitigated disaster but ends up being a riot, thanks to the supervising hand of Down Under's newest directing team to beat. 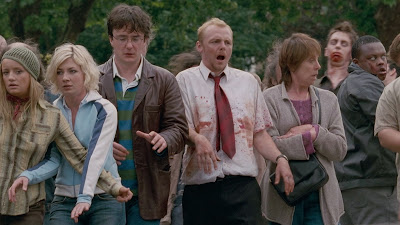 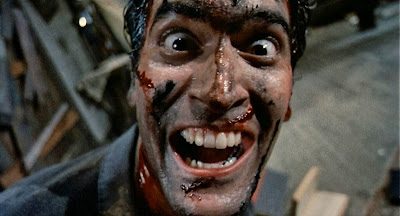 Have you ever wondered what it would look like if zombies recreated old slapstick bits from the Three Stooges era? Sam Raimi did and that's what makes him a genius. Bad puns, physical humor, a top drawer campy performance from cult favorite Bruce Campbell, and geysers and geysers of colorful zombie blood make the sequel to his fantastic but more straight laced The Evil Dead a landmark of horror cinema. 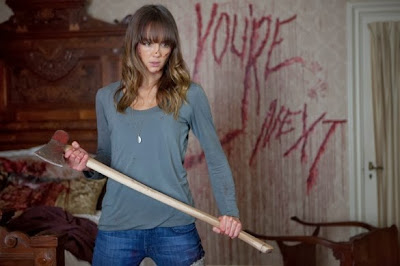 The modern indie horror film that proves that America's still got it. In an age of increasingly stale October seasons, You're Next is a shot in the arm, simultaneously terrifying and hilarious. The trick is it spends just as much time making fun of its characters as it does playing with genre conventions. Good comedy is about specificity and the character humor, grisly creativity, and stellar Final Girl put this one instantly in the modern horror pantheon. 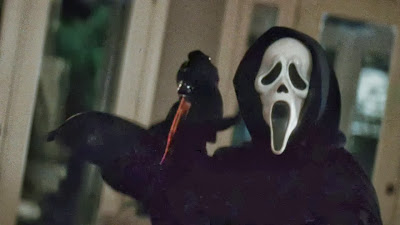 In the mid-90's, the slasher film had long since drawn its last breath, but in stepped horror maven Wes Craven to reinvent the genre for the second time in his career (after reigniting the slasher boom with A Nightmare on Elm Street). A magnificent postmodern meta satire of the slasher film, a decade and a half before the likes of Leslie Vernon and You're Next, Scream manages the dual pleasures of being sharply witty and deeply terrifying. With its all star cast (for the 90's), veteran director, and fresh faced writer Kevin Williamson, Ghostface's introductory tale was an instant classic, bringing back the slasher in full force and reigning supreme in the box office. In fact, Scream is still the highest grossing slasher movie in film history, for good reason.


Have a happy Halloween, and if you stick with this list, I can ensure that you will!

(If you watched one of these movies and loved or hated it, please let me know in the comments!)
Word Count: 805
Also sprach Brennan at 12:12 PM