My holiday season has begun, and I'm so excited to get out to theaters and go watch all the chilling, creepy, terrifying... Carrie. 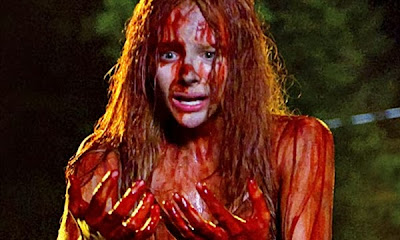 That's right, the totally unnecessary reboot of Brian De Palma's 1976 classic (which I'm still actually really excited to see) is the only wide release horror movie in October 2013. Who decided this? I don't know, but I am seething. Come on, Hollywood. Milking audiences for money is the one thing you do! No horror for Halloween? Screw you guys.

I feel like a splintery wooden stake has been jammed through my heart.

So, as much as I'm excited for Carrie, let's show those corporate tools what's what.

Five Indie Horror Releases You Should Check Out This October 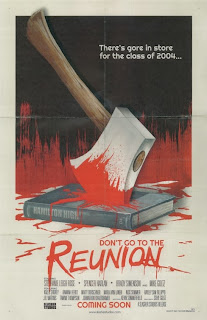 Release Date: October 5, 2013
Synopsis: A prank goes too far for the popular students at Hamilton High as they begin to pay for their actions 10 years later at their high school reunion.
Trailer:

OK, so this one really doesn't look very good. But hey, it's a slasher so I'm gonna go see it anyway. Also, Hamilton High? Total Prom Night reference. Also, the character list on the IMDb page continues the venerable slasher tradition of naming characters after famous horror directors. We've got classics like Craven, Lynch, and Carpenter, as well as more in depth cuts like Cunningham (Friday the 13th), Holland (Child's Play), Miner (F13 Parts 2 and 3), Buechler (F13 Part VIII), and even Wynorski (Chopping Mall) and Kaufman (the co-founder of Troma).

The movie is likely to be just as rife with references so I'll dig it no matter what. 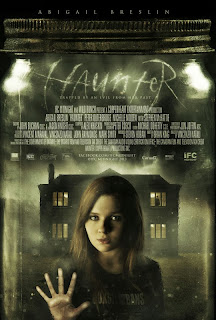 Release Date: October 18, 2013
Synopsis: The ghost of a teenager who died years ago reaches out to the land of the living in order to save someone from suffering her same fate.
Trailer:

Basically a spin on (SPOILER ALERT) the twist ending from The Others, but with an actual antagonist. But hey! Abigail Breslin! The high concept is sure to spark at least a few interesting scenes and the trailer makes it look like a 6/10 or above, even with the strikingly bad teen acting on Blondie's part. 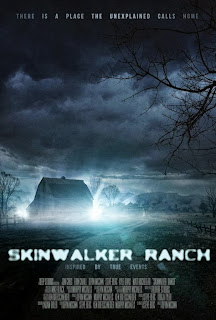 Here we go! The day before Halloween... Found footage with a seemingly pretty good budget. Now we're talking. This film is the closest we'll get to our annual Halloween tradition of a new Paranormal Activity movie but with a chance of maybe not being blisteringly insipid.

#2 All the Boys Love Mandy Lane 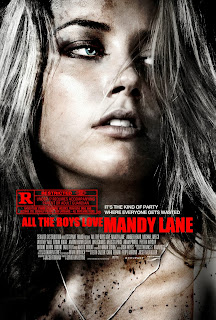 Release Date: October 11, 2013
Synopsis: A group of high-schoolers invite Mandy Lane, a good girl who became quite hot over the summer, to a weekend party on a secluded ranch. While the festivities rage on, the number of revelers begins to drop quite mysteriously.
Trailer:

You know how You're Next was kicking around in Lionsgate's back pocket for two years before getting a wide release and being totally awesome?

You know how Cabin in the Woods got stuck in Production Hell for three years before getting a wide release and blowing open the horror genre?

Well, All the Boys Love Mandy Lane has been languishing for seven years. Now that it's going into (limited) release, you do the math. 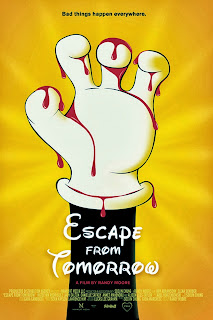 Release Date: October 11, 2013
Synopsis: In a world of fake castles and anthropomorphic rodents, an epic battle begins when an unemployed father's sanity is challenged by a chance encounter with two underage girls on holiday.
Trailer:

Filmed guerilla style at Disneyland and Disney World, this film manages the astonishing feat of merely existing. Disney is a soulless corporation that rules its lands with an iron fist, and the Disney Secret Police are everywhere. The fact that it looks pretty good is an extra bonus.

So go out and prosper! Support indie horror! Throw rocks at Hollywood executives!