CinemaBeach: Scare Yourself To Death

My newest article on CinemaBeach has been posted, just in time for the scariest day of the year! 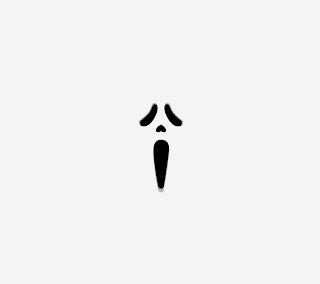 Here's my top five scariest horror films! Half classics, half modern, this list should have something for everybody!


Happy October, everybody!
The holiday season is upon us, and if you don’t agree with that statement what are you doing on a horror blog anyway? The month leading up to Halloween provides the general public a chance to live like I do every week – watching scary movie after scary movie until the 31st.
Unfortunately, because Paranormal Activity 5 has been pushed back, the only wide horror release this year is theCarrie remake, which I am still excited for (see: Julianne Moore), but by no means can carry the entire horror genre on its back for all of October. Luckily, some cool indie horror is hitting cinemas this month (like Skinwalker Ranch, Haunter, and the long awaited All the Boys Love Mandy Lane) but some people don’t have time to rush out and see a film during the one week it sticks around.
So for those of you stuck at home with nothing but Netflix or (who am I kidding?) the local video store, you’re S.O.L.
Thank goodness I’m here, because I’m prepared to steer you in the right direction with my personal
TOP FIVE SCARIEST MOVIES OF ALL TIME
First, a caveat. Horror, like comedy, is highly subjective. What scares me might not necessarily scare you because we come from different backgrounds and worldviews. Or we may simply be affected by different things. We may both look at The Exorcist and be scared, you from the idea of demonic possession, me from the idea of a mother unable to protect her child.
So, like all lists on the internet, take this with a grain of salt.
But you should keep in mind that I’ve been at this a long time, sifting through the dreadful sludge of the horror genre to find lasting gems of terror. If something scares me, it scares me bad, and my jaded self is not easily perturbed. Read on with caution and have a happy Halloween.
#5 The Birds (dir. Alfred Hitchcock)

I often find that I’m in a minority on this one – I much prefer The Birds to Alfred Hitchcock’s other horror masterpiece, Psycho – but the idea of nature rebelling against its human tormenters strikes fear deep into this suburban heart.
#4 The Texas Chain Saw Massacre (dir. Tobe Hooper)

A proto-slasher movie so brutal and intense that people just straight up imagined that it was incredibly gory. Tobe Hooper’s down and dirty shocker is light on the blood but heavy on savage and unrelenting horror.
#3 Suspiria (dir. Dario Argento)

Perhaps not one for the twelve-year-olds in the audience, Argento’s quasi-giallo magnum opus combines stunningly beautiful death scenes with jangling music and startlingly vivid colors that beat the audience into submission.
#2 The Descent (dir. Neil Marshall)

A perfect illustration of the twin fears of the dark and enclosed spaces. Marshall’s heroines are trapped in a subterranean cavern where the encroaching shadows are even more blood-curdling than their monstrous adversaries.
#1 [REC] (dir. Jaume Balagueró and Paco Plaza)

My number one favorite horror film of all time. This Spanish found footage epic proved simultaneously that cinéma vérité could still pack a punch and that modern horror was still relevant, all in one fell swoop and on a sock drawer budget.
BONUS SHORT FILM: Mamá (dir. Andrés Muschietti)
In two minutes, this short film (that piqued producer Guillermo del Toro’s interest) wrings more low-fi scares than its American adaptation did in an entire feature. Hands down the scariest short form picture I’ve ever seen.
You can watch Mamá here.
I hope everybody has a happy and safe October being scared witless by zombies, vampires, serial killers, and ghosts!
If you take up one of my suggestions and love it (or hate it), please feel free to comment below!
Happy Halloween!
Word Count: 1108
Also sprach Brennan at 10:02 AM