Hey, everybody! Today is a very special day. June 12th. Filipino Independence Day. The beginning of summer break (for those plebs who are still in school). And the anniversary of Popcorn Culture! The traditional gift for a third anniversary is leather, so today our celebratory list is...

Now, to be fair, I did fudge the term a little bit and threw in four leather-clad characters who aren't actually punks, but it's my list so I can do what I want. Also, please do a blogger a favor and hop on over to my good friend Hunter Allen's blog Kinemalogue to wish him a happy blogaversary too! That's right, we both started our blogs on the exact same day! Talk about fate. 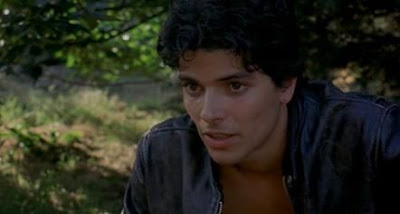 After watching his girlfriend be dragged across the ceiling and eviscerated by an invisible maniac, he rightly assumes he'll take the blame so he takes off: in just a leather jacket and jeans. No shirt, no shoes, no service. How hardcore is that?

#9 Dr. Katherine McMichaels (From Beyond) 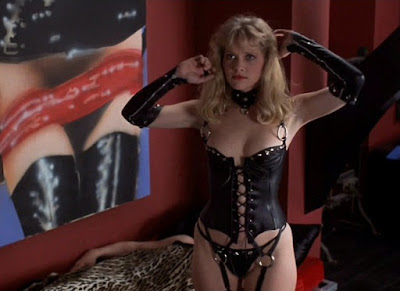 This outfit might just seem like another bout of Stuart Gordon exploitation, and it is. But it's also an exploration of a buttoned-up doctor discovering a new dimension of experience and being ruined by its cessation. It's dark, it's sexy, and it's hilariously 80's. 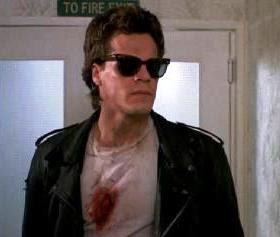 The newly immortal Boone strolls around bearing a bloody stab wound and a bullet-riddled leather jacket, making him an instantly iconic Halloween costume. That is, if anybody had actually ever watched Nightbreed.

#7 Sex Machine (From Dusk Till Dawn)

I loved Tom Savini long before seeing this film, but now it's more of an undying all-consuming passion. With his beer whip and penis gun, Sex Machine is the badass of a generation. 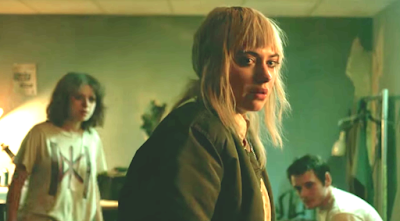 She's not the punkiest of the bunch in her look, but her blasé attitude to violence and death is unparalleled. It's the best performance by Imogen Poots maybe ever, and her prickly humor serves the film tremendously. 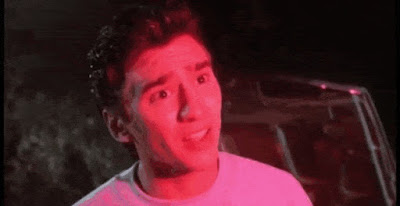 OK, I couldn't find a great picture of these two leather-clad bros, but their car unfortunately breaks down on the side of the roads within the vicinity of the motiveless copycat killings that plague the film. So what do they do? One of them sings a song while the other goes to crap in the woods. Gotta love 'em. "Crap, my ass!"

These punks are just minding their own business in the Day-Glo nightmare vision that is Toronto-Manhattan (although this particular scene was shot in actual Times Square) when Jason crushes their good time by smashing their boom box. They prepare to fight, but one glimpse under the hockey mask shuts them up real quick. 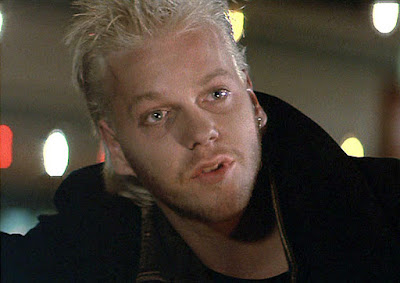 The bleached blonde mullet that defined a decade of filmmaking. Kiefer Sutherland's super gay seduction of Jason Patric is both deliriously subtext-sexy and the ultimate punk manifesto. "Sleep all day. Party all night. Never grow old. Never die. It's fun to be a vampire." 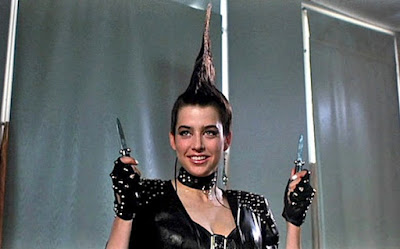 The dream of the late 80's came alive with Taryn, an ex-heroin addict whose dream power is being a tarted-up, butt-kicking punk. She didn't deserve what came to her, but she took it with style and panache.

#1 Trash (The Return of the Living Dead) 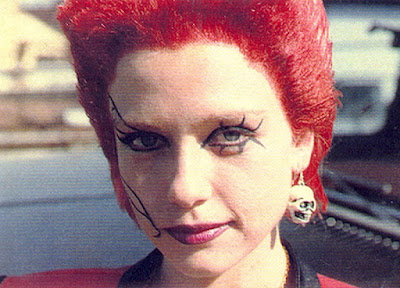 The standout in a group of dementedly hilarious punks, Linnea Quigley's trash does a graveyard striptease while fantasizing about the best way to die. It's only fair that she becomes one of the first zombies, wreaking naked havoc upon her punk friends. Isn't that the ultimate dream?
Word Count: 640
Also sprach Brennan at 9:11 AM