Who’s ready for a tsunami of white posters? Here’s a heaping platter of mini reviews for comedy films I screened in the fourth quarter of 2015. 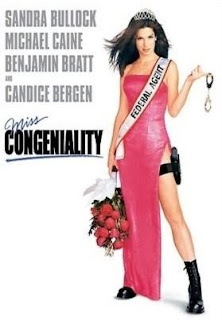 A tomboyish FBI agent is given a makeover to go undercover and stop a terrorist attack on the Miss USA pageant.

What is there that I can possibly say about Miss Congeniality that could contribute to the conversation? See, there’s the trouble with comedies. You know what you’re going to get and you get it. It works or it doesn’t work, but only in a very finite number of combinations. Sandra Bullock is a charmer as an FBI agent so flamboyantly tomboyish that she doesn’t own a brush I mean, come on. I’m as macho as they come and I own a brush. Don’t fact check that.), her sassy gay mentor can’t figure out how he could possibly make her beautiful despite the fact that she looks like goddamn Sandra Bullock, and she finds a balance between love and work. It’s funny. Bada bing, bada boom.

The truly interesting thing about Miss Congeniality is the gender politics that form the story’s backbone. At its heart, the film is a story about a woman learning to love other women and accepting that traditional femininity is a valid choice, even if it’s not one that she personally wishes to make. More than romance or action sequences (of which there are a surprising amount of the latter), the film focuses on female friendship, which is always a welcome addition to any comedy, especially such a humorous fish-out-of-water extravaganza. 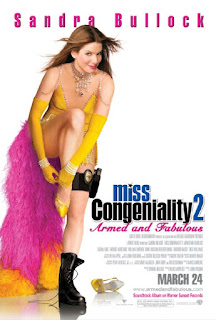 Gracie Hart is now the public face of the FBI, but she struggles against the organization’s restraints when her friend, the former Miss U.S.A., is kidnapped.

First and foremost, I would like to commend Miss Congeniality 2 for forgoing the typical comedy sequel route. It could very easily have been, “Gracie! We need you to go undercover at the Miss Universe Pageant in Acapulco! It’s bigger so it’s funnier!” However, instead of that claptrap, this film continues the universe of the original in a realistic and satisfying way. There is no pageant this time, because there’s no way such a high profile mission could actually be repeated, but the skills and friends that Gracie made there must come into play again, all with the undercurrent of women from different walks of life forming bonds: this time in the shape of a buddy cop story between Gracie and an aggressive new recruit.

The comedy itself is broader and glitzier, and never quite as effective, but as a story continuation it’s satisfying as hell. Drag shows, celebrity cameos, and old lady shtick prevent Miss Congeniality 2 from launching itself above the lowest common denominator, but strong women are once again front and center in this action-comedy, so it ain’t all bad. Plus they save their absolute worst tawdry callback to the original film until the final scene, so there’s plenty of goodwill saved up to cancel it out. All in all, it’s not a film I’ll ever feel the need to watch again, but I’m not sorry I saw it in the first place. 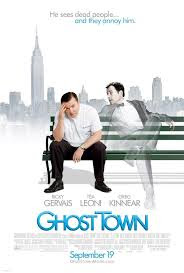 A misanthropic dentist briefly dies during a botched surgery and discovers that he can now see ghosts. He reluctantly agrees to help one out in exchange for being left alone and ends up falling for his newly engaged widow.

As you can probably tell, this is pretty much a comedy remake of The Sixth Sense, one of my favorite horror movies. I find no shame in admitting that, as a result, Ghost Town is one of my favorite comedies. They’re also two of the only movies that make me cry every time. I feel like with those last three sentences, I have given you a pretty deep glimpse into my soul. Geez, buy me a drink first.

Giving Greg Kinnear his Jason Bateman The Gift role, in which he finally embraces the fact that his stock character is kind of an asshole, Ghost Town matches his acid-tongued charms with the professional curmudgeonry of Ricky Gervais. It’s a match made in Hell, and these two awful people bounce off one another until they slowly learn what it means to be human. It’s a typical comedy setup, really, but with a fantastically offbeat cast. Throw in Téa Leoni as the begrudging love interest and Kristen Wiig as a vacant surgeon and you have an utterly unforgettable ensemble.

The comedy isn’t flash-bang, light up the room funny, but it’s never a dud, always hitting its marks with idiosyncratic charisma. As delivered by its stunning cast, it presents an emotionally valid storyline that vies for subtle humanism over grand romantic overtures. Plus, it probably has the best soundtrack of the century (Drive would probably be a close second). I love this movie, perhaps way more than anybody else in the entire world, but that’s fine. If you want to experience life through my eyes for 90 minutes, pop this movie on and bask in the glow. 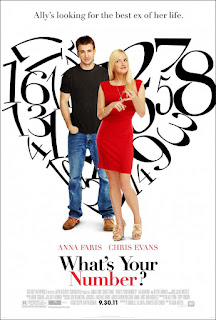 A woman who has slept with 20 men finds out that women with over 20 sexual partners rarely find their soulmate. She teams up with her lothario neighbor to track down her exes and see if they’re The One because she has already hit her ceiling.

For totally safe, female-led sex comedies, What’s Your Number? is totally adequate. It ticks all the boxes to be what it needs to be without striving for something more. Imminent wedding of a close friend/relative? Check. Kitschy hobby that’s more satisfying than actual job, but she only needs a push to make it a career? Checkaroony. Somehow affording an enormous apartment on literally no salary? Hell yeah, that’s a check. Two people who don’t realize they’re perfect for each other until the very end? Ding ding ding! We have a winner. And don’t you dare complain that that’s a spoiler. You literally don’t need to have seen a single movie in your life to predict the end of What’s Your Number?.

Its two main functions, both of which is performs with mechanical perfection, are to provide a heaping hors d'oeuvre tray of man meat courtesy of Chris Evans (who graciously braves the cold every other scene) and give a showcase to Anna Faris’ ever-underappreciated talents. Faris and Chris Evans(’ torso) are both served well, but the thin script holding them up sags a bit in the middle, like a generic brand paper towel in one of those comparison commercials. It’s nothing you haven’t seen before, but it’s charming and has font jokes, so it’s an at least tolerable good time.

Sex and the City 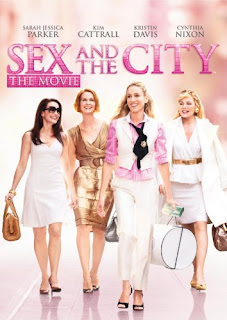 Carrie Bradshaw and her friend continue to struggle with the responsibilities of life, love, work, and sex… in the city.

Sex and the City was a huge hit, so it was no surprise when it was bestowed with one of TV’s very rare movie continuations, four years after it went off the air. What is surprising is that director/writer Michael Patrick King attempts to jam an entire season’s worth of material into the feature, leaving it teetering with a bloated and unwieldy 2 ½ hour runtime. In sitcom format, Sex and the City is a sprightly watch, but at this staggering volume, the flaws of the show become concentrated into one punishing punchbowl of pain.

Our tacky materialistic single gal Carrie Bradshaw is now a tacky, materialistic engaged gal, and she calls upon her far more interesting friends to coo and fawn over her while suppressing their vomit at the sight of the mammoth plastic flower she has grafted to her sternum. You can tell that they’re matured since the show’s finale, because sometimes there’s a toddler in a high chair shoved into the corner of the frame.

While her friends deal with a variety of realistic human problems (well, Miranda and Sam at least deal with spousal betrayal, sexual dry spells, and unsatisfying relationships. Charlotte has a series of successes quietly in the corner and resurfaces every once in a while to chirp and make shocked faces over lavishly overpriced lunches), Carrie whines about having the wrong area code and wrecks her relationship because this movie needs a plot.

Sex and the City is greeting card comedy for miserable white 40-somethings, at least whenever Carrie is around. The only recognizable jokes she makes come in the form of truly ludicrous brand name-dropping and self-centered bleating. Cut her out of the movie and it would be a sultry breeze. But alas, that’s the one thing that’s never going to happen, so we’re stuck with this interminable Titanic of nauseating commercialism.