New Year's Resolutions: Everything Else

OK, not all my mini review collections can have cute little themes. Here’s the rest of the less relevant viewing I’m clearing off my slate from 2015. 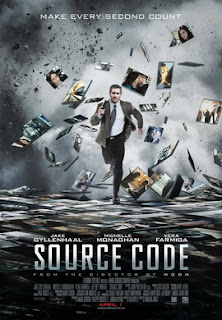 A helicopter pilot wakes up on a train in a different body, forced to keep reliving a terrorist bombing until he catches the culprit.

A movie doesn’t need to be complicated to be great. Source Code gets in, lays out its plot, wraps up, and jams the hell out of there. It’s a swift, exciting 90 minutes that triumphs by cutting the fat and delivering the gods. Just like Wes Craven’s Red Eye, it’s a stellar genre exercise for the very reason that it’s sleek and taut, using tropes the audience is already familiar with to bypass the exposition bottleneck and immediately begin pouring gasoline directly onto the flames.

A sci-fi reimagining of the Groundhog Day format, Source Code tells the bulk of tis story through subtle changes in the repeated formula, letting character and theme organically build off from that constant structure. Jake Gyllenhaal easily navigates the ever-shifting goals of his character, giving a breezy performance that reliably sells anger, humor, fear, and angst, sometimes sandwiched within seconds of each other. There’s a little slippery CGI and Jeffrey Wright’s performance as a shadowy government figure slips a little to often into honey-baked hamminess, but overall Source Code is a dazzling jolt of genre electricity.

The Day After Tomorrow 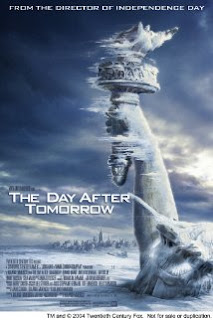 A scientist races to save his son, who is trapped in New York during a world-shattering superstorm brought on by global warming.

Here’s one of my favorite anecdotes about The Day After Tomorrow: Director Roland Emmerich screened an early cut for a group of scientists to get their opinion on its accuracy. They said it was laughably incorrect, but they still enjoyed the heck out of it. That’s a pretty accurate descriptor of the Emmerich style. Where he goes wrong in depicting hard science, viable survival techniques, and human emotion, he goes right in delivering an inimitable popcorn disaster movie experience.

Emmerich must have a really strong glasses prescription, because he sees everything bigger than anybody else can. He sees storms and story beats as grand, operatic measures, a parade of bold images and sounds totally devoid of detail or nuance. Characters that we’re never asked to care about will suddenly burst forth with a monologue about a wasted future of humanity’s hubris, because Emmerich will never subtly develop a theme for his audience when a sledgehammer will do.

Frankly, his style works. The man knows how to frame himself some elegant destruction. His commitment to capturing the most instantly iconic images possible does come at the expense of character, plot, and (occasionally) pacing, but since when does a disaster film need those things? When it comes to characters we actually know, he plays it annoyingly safe with their fates, but his destruction of inanimate objects and nameless extras is beyond compare. He does indulge a bit in his 2012 habit of “people outrunning improbably finite weather patterns,” but not enough to cause any lasting damage. All in all, The Day After Tomorrow is a fun, incredibly realized disaster flick with a message. It might be burned across the film in gasoline, but it means well. 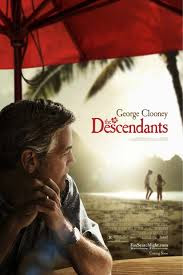 Matt King’s wife has an accident and winds up in a coma, giving him the job of telling friends and family that she’s going to die. People can be unhappy even in Hawaii, see?

The Descendants is a movie for actors. A setting that’s a major vacation destination, a big ensemble cast that allows oodles of free time, and plenty of opportunities to cry? It’s a paradise! It’s not necessarily a movie for viewers, unless you want to see screensaver gorgeous B-roll of Hawaiian vistas. The drama provides some intriguing food for thought, but its relatively straightforward story is stretched on the rack until it can fill the two hour run time. Luckily, some laid-back comedy meanders its way into the proceedings so it’s not such an unbearable slog.

The movie is essentially composed of Big Cry scenes that stack like Tetris blocks until they create a big enough whole. Not a single actor slips, even young ingénue Shailene Woodley, though they do tend to run together by the end. Curiously, the film’s one true standout is comedy actress Judy Greer, whose character’s breakdown comes from many different directions, each of which she acknowledges with full sincerity. It’s compelling work, and it’s a same we don’t get to see more of her actually acting instead of just playing superheroes’ ex-wives. All in all, I’m not leaning toward recommending The Descendants, but if you happen to get trapped with it, it’s not the worst time at the movies. 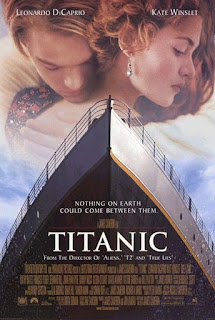 Jack and Rose fall in love on the maiden voyage of the RMS Titanic. It won’t work because she’s rich and he’s poor. Also, the boat sinks.

The reason Titanic survives such an unsustainable runtime is that, in all actuality, it is two distinct movies. The latter of these is markedly superior, which also helps to keep audience interest from sinking to the bottom of the Atlantic. Split pretty neatly about the middle, Titanic is first a star-crossed love story, then a high octane action vehicle on a sinking ship.

Let’s tackle that behemoth love story, shall we? One of the true classic romances of modern cinema, it turns out to be just as clunky and frustrating as the true classic romances of early cinema. The character of Rose is anachronistically progressive to the point that she’s practically Rose-tradamus, expressing interest in artwork, psychology, and philosophy that wouldn’t be relevant for decades or more, in the hope of endearing her to modern audiences. This unbelievable character is shunted into a haphazard romance that is sold exclusively by her sizzling chemistry with young panty-dropper Leonardo DiCaprio rather than by actual plotting or dialogue, which feel like they were penned by a highschool playwright. Luckily, most of the talking is drowned out by the endless orchestral reprises of Celine Dion’s “My Heart Will Go On.” Frankly, it’s kind of a mess.

Luckily, James Cameron suddenly remembers that he’s an action filmmaker and all hell breaks loose. An iceberg T-bones the Titanic, sending crushing sprays of water through the engine rooms, splitting the boat in half, and tipping it almost vertical while people frantically board lifeboats and generally try to have a good time. It’s an explosive, adrenaline-pumping thrill ride that slams our young lovers through setpiece after freezing, flooded setpiece. For nearly an hour, it totally forgets about that wan romance nonsense and careens into blissful action oblivion. It’s the nearer my God to me, alright. Where the first half is dully adequate, the second is the ride of your life, full of state-of-the-art effects, bombastic emotions, and generally excellent filmmaking. Titanic is about as backloaded as the actual ship, but the means are totally justified by the end. 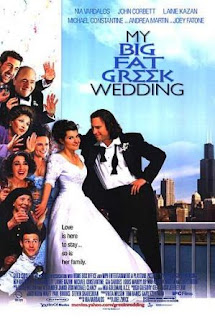 A Greek woman wants to marry a white man, against the wishes of he loud, proud, enormous Greek family.

My Big Fat Greek Wedding is one of the most profitable indie movies of all time, so basically anything negative I have to say about it can just f*ck right off. Luckily, there’s almost nothing to complain about with this film, which kind of puts me out of a job. MBFGW is a charming romantic comedy filled with love for life, the world, and the people living in it. Essentially a diary of writer-star Nia Vardalos’ experience growing up Greek in a white world, its comedy almost exclusively derives from culture shock (and the extent to which the Geeks – still technically from a European nation – differ from the hyperbolically bland, WASPy Caucasians in the film is surprisingly vast) and the wacky antics of her herd of family members, a perfectly cast ensemble that for some reason has Joey Fatone in it. Remember when he was a thing? Yeah, me neither.

The biggest black mark on the film is that it has essentially no conflict. Sure, it has plenty of contrast, but the plot pretty much glides serenely forward without a hitch. The family has hangups that they quickly get over by repeating platitudes, Vardalos’ Tula has a teaspoon of internal struggle, and John Corbett’s fiancé character continues to be as boringly compliant as Silly Putty. Almost nothing actually happens, though when you’re spending your time in the company of a talented group of actors largely underserved by Hollywood (especially Andrea Martin, the film’s secret weapon), it’s difficult to find much of a problem with that. Opa!