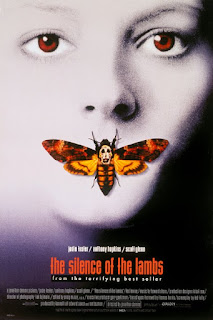 In the history of the Academy Awards, only four horror films have been nominated for Best Picture: The Exorcist, Jaws, The Silence of the Lambs, and The Sixth Sense. It’s a paltry group at best with several entries only dubiously included in the genre, and only one of them has won. That triumphant film would be The Silence of the Lambs, based on the Thomas Harris novel of the same name.

The question that remains is this: Does The Silence of the Lambs deserve to be that one? And despite my unequivocal love for The Sixth Sense, my answer would have to be yes. 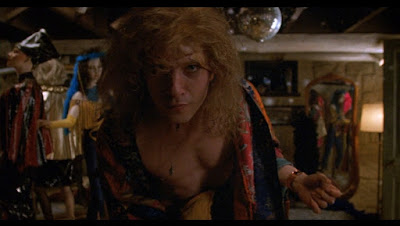 In Silence of the Lambs, Clarice Starling (Jodie Foster, of hit films from pretty much every decade since she was born, as well as circuitous Golden Globe speeches) is an FBI trainee who is plucked from her studies at Quantico by Jack Crawford (Scott Glenn), director of the Behavioral Science department. She is sent into a Baltimore asylum to confront the notorious cannibalistic psychiatrist Dr. Hannibal Lecter (Anthony Hopkins) in order to get him to fill out an analytical questionnaire.

In their meeting, Hannibal offers Clarice an opportunity to get a psychological profile of Buffalo Bill (Ted Levine), a serial killer who has been abducting and skinning women while rudely evading capture – in exchange for information about herself. Soon after, Catherine Martin (Brooke Smith), the daughter of a U. S. Senator, is abducted by Buffalo Bill. With only three days to save her, Clarice begins a series of grisly sessions with Lecter where he gives her a series of clues to the murderer’s identity after psychologically tormenting her for a bit. 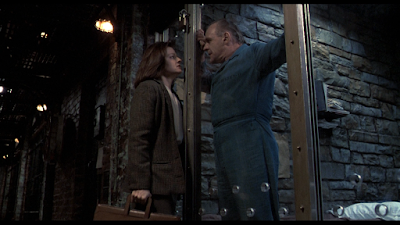 It’s kind of like speed dating but less ruthless.

The stunning thing about Silence of the Lambs is that these conversations, spaced throughout the movie in five minute chunks, manage to be even more frightening than all the severed heads, bottomless pits, and suits made of women’s skin in the rest of the film combined. Under the guiding hand of skilled non-horror director Jonathan Demme (whose most recent credit is the charming Meryl Streep musical family drama Ricki & The Flash), the film sings, no pun intended. His sequences are so well crafted that its hard to believe he’s a human being and not just an anthropomorphic camera.

Every aspect of the film is eerily stunning, from the production design (courtesy of Kristi Zea, most notably the glass panel in the place of iron bars in Hannibal’s cell, which diminishes the sense of distance between them) to the sound mixing (wind howls in the background of an indoor scene while Clarice tells her titular lamb story) and the cinematography itself (in that same scene, Lecter’s face dominates the screen in extreme close-up; people are shot talking directly to the camera while Clarice is shot at an angle, to promote identification with her character). This is a director who knows what he’s doing working with a team of dedicated, creative people (including legendary costume designer Colleen Atwood, who designed Hannibal’s iconic mask and has helped shape Tim Burton’s career from the very beginning), and that’s a combination you just don’t get very often in horror cinema. 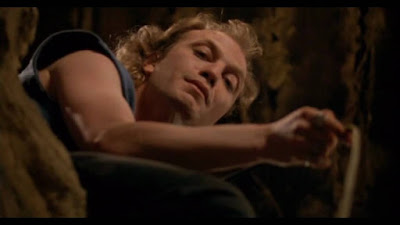 Usually, it’s a director who has two days to complete shooting and a crew that has a higher percentage of cocaine in their bodies than human tissue.

When you’re dealing with a film where the technique itself is almost more terrifying than the content, it becomes difficult to think rationally. The tense atmosphere ratchets up into a shrieking roar to the point that one can be freaked out by a clanging metal drawer or a reflection in glass. In a way, it’s an atypical horror film because it doesn’t overplay its hand on the gory shock elements in favor of a mystery-based crime story. But in another way it’s the perfect horror film because it generates a perpetual sense of dread organically from the characters and their situations. And that dread sticks with you until the bitter end.

Like I said, this effect could not have been achieved without a team of talented people working at all cylinders. But one of the most integral portions of that crew is the cast. Every single core actor brings their all to Silence of the Lambs, most notably – for obvious reasons – Anthony Hopkins.

His performance of the factory refined evil of Hannibal Lecter is light years away from the over-the-top villainy that another actor might have brought to the role (Sidebar: Could you imagine, say, Kiefer Sutherland as Hannibal the Cannibal? You’re welcome). In fact, he’s so far under the top that he might as well be in a pit like Catherine Martin. This is a character so comfortable with his dark nature that he wears it like a favorite cardigan, making sure it’s neatly pressed and delicately removing any loose strings. Hopkins is reserved, polite, and playful, a terrifying combination with Hannibal’s wicked deeds, turbo powered by his merciless creativity in discovering new and improved ways to strip off his humanity (like the now immortal fluttering tongue noise that transforms shim into a coiled rattlesnake, ready to strike).

Not so subtle but equally terrifying is Ted Levine’s Buffalo Bill. His performance is the antithesis of Lecter, a man about to burst at the seams (it’s a good thing he’s got some extra skin handy). Ted Levine’s acting is so monstrously Other, so exquisitely different from anything that had ever been seen before that it’s unsettling even when he’s not mockingly screeching down at his captive in the basement. And lying exactly between these polar opposite villains is Jodie Foster, who tends to be ignored amid the maelstrom of pure lunacy around her. However, she too is – as the kids say – killing it, forming a layered personality behind the façade of cool confidence that Clarice uses as a shield. Especially in her conversations with Hannibal Lecter, minute reactions demonstrate her intelligence, her ambition, and her fear that she’s in way over her head. 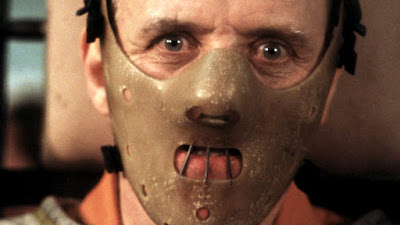 Mind you, that last reaction can be provoked from merely sitting in a room with Anthony Hopkins.

Foster’s performance informs one of the film’s subtler motifs. As a woman in a “man’s field,” she constantly faces discrimination and condescension, and she is constantly hit on by the large, predatory men that surround her. Man can’t look past her dainty surface to see the strength that lies beneath, and that is their downfall. Only three men can see her as she is under the skin, all of whom are integral in her pursuit of Buffalo Bill.

The first is her boss Jack Crawford, who sets her up with Hannibal Lecter. The second is Lecter himself, whose interests have transcended far beyond the sexual. And the third is Buffalo Bill himself, who understands the importance of skin more than anyone. Foster navigates this man-eat-woman world (in some cases, literally) with resigned familiarity, never using it to her advantage or giving up her own identity. The strength she gives Clarice is her own and it shows.

There are many more factors that go into making this film an indelible classic, including the make-up (which rarely gets to show off gore but renders what it can with gruesome realism) and the screenwriting (there are more classic lines in this film than there are lines at Disneyland), but in an effort to prevent this review from merely transcribing the film’s credits, I shall wrap up here.

While The Silence of the Lambs doesn’t connect with me personally at quite the intimate level that the novel it’s based on does, it’s still a treasure of a film. It is a remarkable confluence of geniuses in their field. So does it deserve that Oscar? Hell yeah, it does.