For our interview with Mark Rosman, the director of these films, please click here.

Part two of my fabulous spring cleaning escapades is a set of three flicks that might otherwise have never entered the pages of this blog in a million years: the family-friendly fare directed by Mark Rosman (of The House on Sorority Row), who was kind enough to sit down for an interview on the podcast. We’re incredibly lucky we got a chance to speak with him, and it was the least I could do to rewatch his classic Disney/Duff flicks to prepare. Now that the statute of limitations has lifted on that interview, let’s see how these childhood classics hold up now that I’m old and world-weary. 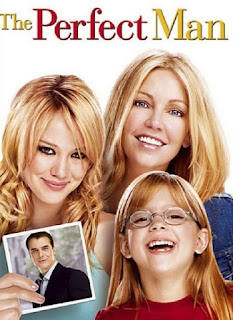 A teen girl is tired of her mom moving all the time after a series of bad breakups, so she invents a fictional secret admirer and catfishes her in order to get her to stay in one place.

Ah, there’s nothing like a pre-teen comedy centered around online fraud to get the laugh train rolling. Is it just me, or does the separation of a decade or two always make delightful movies seem so much more grim? Well, regardless of that trenchant observation, The Perfect Man is a fun romp through the angst and malaise of mid-2000’s teendom. If you can stifle your urge to smack Hilary Duff for complaining about the size of her family’s gargantuan apartment (which basically takes up an entire floor of a building and requires several long exterior tracking shots to navigate), there’s a snappy script and a silly sense of humor buried within the film.

A keen sense of directorial vision isn’t exactly a high priority in these types of films, but Mark Rosman successfully ushers it to safety. His presence can be felt in the roving camerawork that defines the film’s geography and the creative staging of the computer sequences, but for the most part he doesn’t try anything too fancy, preferring to let the story speak for itself. And while that story would hardly surprise any remotely awake audience member (the perfect man has been inside yourself all along…), it’s a charming and nostalgic trip back to the early days of the internet, where anything seemed possible and the world wide web was a wide open fantasy world ready to be explored, instead of just a repository for porn, kittens, and hateful YouTube comments.

It’s one of those films that you just need to let wash over you without a trace of cynicism. Luckily, the dialogue helps promote that, both with disarmingly intelligent Kevin Williamson-esque teenspeak and a series of witty, playful banter sequences, especially early on. Sure you can laugh at how Duff’s character thinks it’s appropriate to drop by her friend’s uncle’s apartment in the middle of the day or the arch selfishness present in every single decision she makes, but that’s all part of enjoying the experience.

A solid supporting cast likewise buoys the film, led by Rhea Pearlman in an undernourished but warmly human role as the mom’s best friend. While her talents may have been slightly wasted, people like Mike O’Malley and Chris Noth round out a credible group, and the teen cast (including Ben Feldman and Vanessa Lengies) provide excellent realistic urban foils for Duff’s squeaky clean Disney-informed performance. Even Heather Locklear sells us on the plight of her heartbroken character, though she may need to take her face to the shop to get it moving again.

Unlike the titular man, it’s not a perfect movie. There’s a frankly hideous gay stereotypes that prances through at shockingly regular intervals to completely lose his mind like a dog in heat any time a human man walks by, and there’s a bit of business with a fire escape and an orchid that could have used a great deal of polish, but when worst comes to worst, The Perfect Man pulls through. If youth-oriented, female-driven romantic comedies aren’t your bag, this film isn’t for you, but otherwise it’s a pleasant treat that doesn’t overtax the imagination. It’s a comfort film, like shoving macaroni and cheese into your eyes. 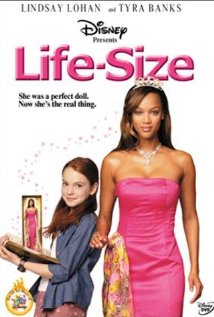 When a young girl tries to use a magic spell to resurrect her mother, she accidentally brings her doll to life instead.

Of all the movies on this list, Life-Size can most easily be described s a cult classic, at least among members of my generation. The TV movie (which aired on the Disney Channel about 800 times a week in the early 2000’s) has burrowed its way deep into the subconscious cultural minds of the millennials. It was with no small measure of excitement that I revisited this film, and it was with profound disappointment that I received it, though I did bring back several valuable impressions that were completely missed by baby Brennan.

First off, this movie is dark. Beneath the wacky fish-out-of-water hijinks inherent in a doll joining the human world, there is a savagely strong riptide of bitter loss. Lindsay Lohan only had one shot at bringing her mother back and accidentally wasted it, so her performance is tinged by guilt and bitter despair. Family movies are expected to have “heart,” but the lessons garnered from this situation are rife with poignant, messy humanity in a disarmingly direct way. It’s about as surprising as, say, a Spongebob Squarepants episode where the undersea gang battle apartheid.

This depth and color of emotion is the film’s biggest strength. At its core, Life-Size is about learning to let go and not dwelling on the dead while forgetting to live. It even goes so far as to have Lohan’s football team lose the climactic game at the end, a narrative and physical impossibility in films of this ilk. It’s like Rosman forgot he was making a children’s movie and kept on careening straight back into cynical horror. But this is the really wonderful thing about Life-Size: It doesn’t treat children like blithering idiots. It has a discussion at their level about real issues that, unfortunate as it is, many of them may be facing. It’s brave, it’s real, and it makes an intelligent argument in favor of life.

And then there’s that Barbie stuff. I don’t mean to diminish what are a handful of decently amusing sequences, but the film doesn’t really engage with its concept as much as it could have. The script utilizes her doll identity as a means of combatting the expectation that women have to be perfect at everything (like I said, this flick is hella dark), but there’s a lot of potential comic energy that finds itself wasted. After a couple gags, her doll origins hardly come up, in favor of a rather forced and awkward family drama about Lohan being uncomfortable with the doll making moves on her dad. Also, the theme song “Be A Star” is bubbly, catchy stuff but in the world before autotune… Let’s just say I never thought I’d write that Tyra Banks should stick to acting.

By the end of the film, Life-Size has covered just about every emotional base it’s possible to cover on the Disney Channel, but it vanishes without a true delightful sparkle that would allow it to rise above its TV movie peers. It’s dashingly unique and heartfelt, but its humor is much too ordinary for its far-out conceit. It’ll always be worth a watch if it pops up on your TV station, but otherwise it’s not worth actively seeking out again. 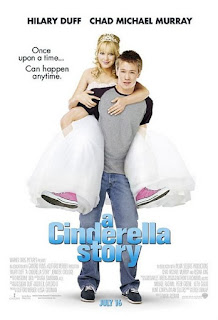 The Cinderella fairy tale is updated to tell the story of a young outcast who works at a diner and the handsome jock who falls in love with her online.

Oh, nostalgia. Where would we be without you? The golden glow of the endless summers of yesteryear creates a kind of superpower in people, making them invulnerable to the terrible movies they loved during their childhood. Sergio experienced this firsthand when I sat him down to watch A Cinderella Story (on VHS, no less), a movie (that he was seeing for the first time) that I still largely enjoy, but it, for all intents and purposes, not a masterpiece.

This is nothing against Mark Rosman, who ushers the film in and out of existence so efficiently that you half wonder if you accidentally pressed the fast-forward button on your remote. No, the biggest cross A Cinderella Story has to bear is its script, which is so achingly 2004 that your pants sag a little just from looking at the poster. It’s an unforgivably treacly teen soap marred by some legitimately embarrassing slapstick that’s enjoyable on many levels, but true quality only rarely rears its head.

Fortunately, most of the not-so-good remains genuinely arresting. Just like The Perfect Man, A Cinderella Story is a sort of time capsule to a more innocent age of the Internet, where computers were enormous and you could leave a cell phone behind at a school dance without noticing for days. And you can’t help but find yourself tickled by certain details of the storyline, like the fact that Chad Michael Murray is so thick that he doesn’t recognize Hilary without her masquerade mask on (even though her hair, lips, body, and voice remain exactly the same) or the idea that “Cinderella”’s father could somehow tragically perish in his own home during an earthquake that doesn’t even knock her stuffed animals off their shelves. Although, interestingly enough, this scene links A Cinderella Story with the horror masterpiece Wes Craven’s New Nightmare, which also incorporated the real-life Northridge earthquake into its story. Well, it’s interesting to me at least.

Another unintentionally hilarious conceit in the script is that gorgeous, blonde, convertible-driving Hilary Duff is somehow a nerdy outcast. Sure, her car could use a fresh coat of paint, but the way people go on about it, you’d think it was a 1972 Gremlin with the bumper taped on. And the main insult that flies her way is “diner girl,” because apparently it’s uncool to have a job. It’s like the screenwriter’s only human contact came from reruns of The Real Housewives. Or, to be fair, maybe people who live in the Valley really are just that terrible.

The only unforgivably bad elements of A Cinderella Story are the wicked stepsisters. Their vain, pugnacious screeching is absolutely murder to get through. The pair of them are introduced with an underwater fart gag and it only goes downhill from there. Luckily, their screen time is severely limited, or you’d have to chew a handful of Tums before putting the movie on.

But enough of that Negative Nancy crap, because the movie has an ace up its sleeve. The wicked stepmother, that paragon of sinister vanity, is played by Jennifer Coolidge, mistress of spinning twenty minutes or less of screen time into cinematic gold. She’s pure, hyperbolic evil, and consistently hilarious throughout the entire affair. Lin Shaye (of the Insidious franchise) also makes a brief but delightful appearance as the school’s daffy secretary.

I really enjoy A Cinderella Story for what it is. What it is isn’t a great film, but it’s a window into another time and I madly appreciate it for that. So you can feel free to utterly ignore my numerical score if that sounds up your alley. If not, stay away. Either way, you won’t regret it.