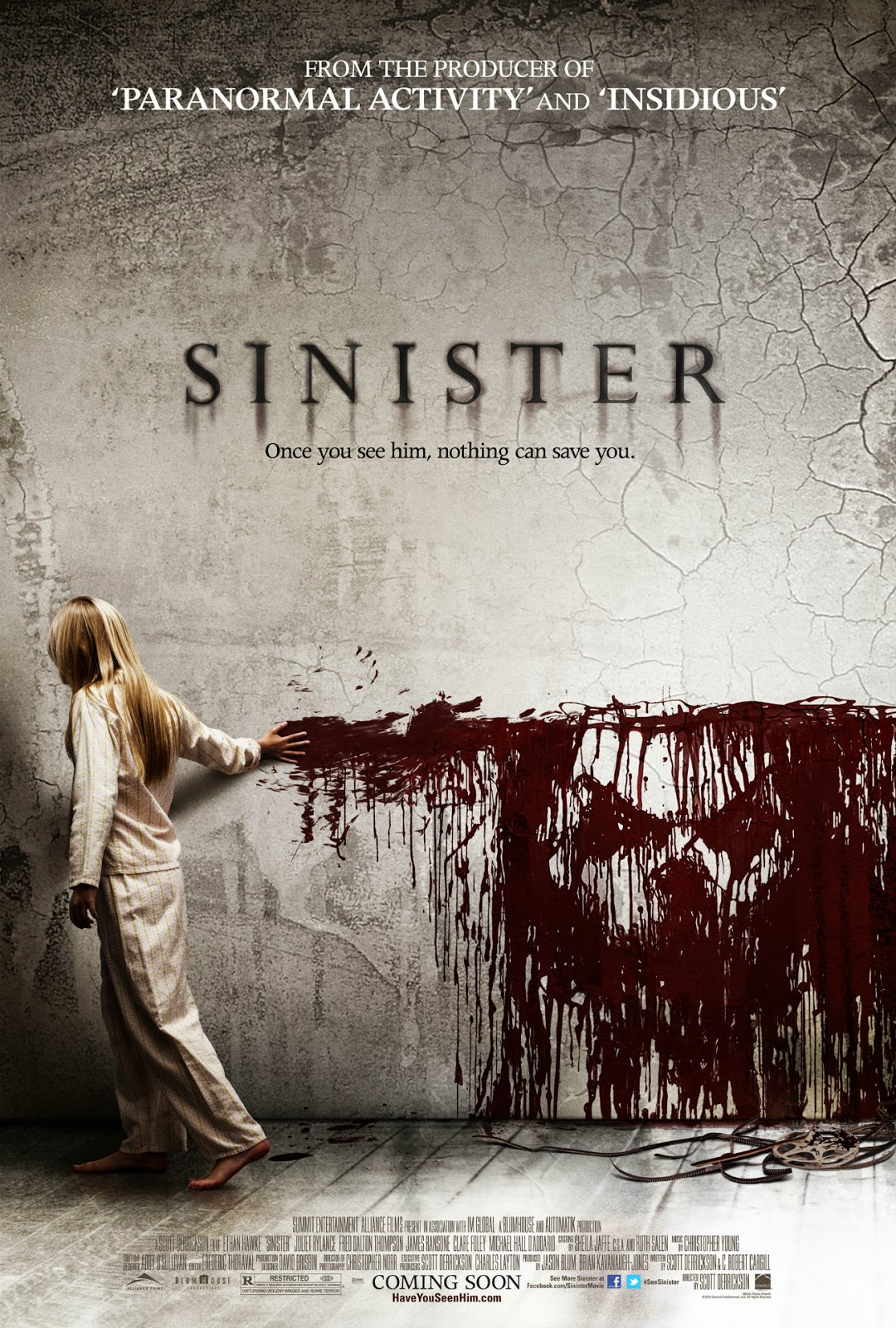 The horror genre is tough. Hollywood has always and will always follow trends to their breaking point, if my constant hackings through the foliage of the slasher genre have taught us anything. But the problem with this is that the market becomes so inundated with identical flicks (*cough cough Marvel*) that genuinely good movies get forgotten in the shuffle or lose their impact due to their similarity to previous releases.

Today's biggest craze in the horror genre is the paranormal/haunting movie, with the biggest examples being the Paranormal Activity franchise, The Conjuring and its bloodsucking hanger-on Annabelle, and Insidious with its bevy of sequels.

Over time, sameness sets into any genre like a rot. But when you consider that three of these films are directed by James Wan and star Patrick Wilson, and that over half of them have been contributed by Blumhouse Productions (who have become the It name for trendy horror), it's reasonable that a project like Sinister, also released by Blumhouse two years following the success of Insidious, would get lost in the swells. 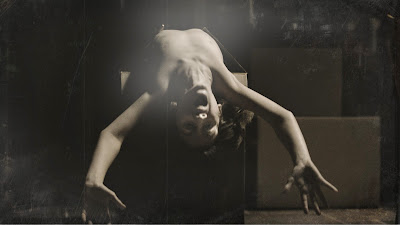 They even use the same chiropractor between shots!

For what it's worth, Sinister didn't try very hard to separate itself from the Insidious routine other than shifting the main focus in the besieged nuclear family from the mother to the father. Inspired!

The plot goes as follows: true crime author Ellison Oswalt (Ethan Hawke) has moved into a new home with his wife (Juliet Rylance), daughter (Clare Foley), and son (Michael Hall D'Addario). What he hasn't told them is that the house is the site of his latest subject, a family who were hung from the tree in the backyard before the youngest daughter went missing. (Side Note: If you can't figure out the mid-film twist before Ellison does, you are either asleep or watching a different movie.)

In the attic he finds a set of tapes with innocuous-sounding names ("Family Barbecue," "Pool Party," etc.) that depict a series of grotesque family murders from across the country, including the crime scene from his very backyard ("Hanging Out"). It doesn't take long for him to discover a demon known as Bughuul (Nick King) - aka Mr. Boogie because every respectable demon needs a ridiculous name that the local children can call him - resides within the images and haunts him and his family as he attempts to discover the secret behind the mysterious tapes and finish his book, upon which his entire faltering career hinges. 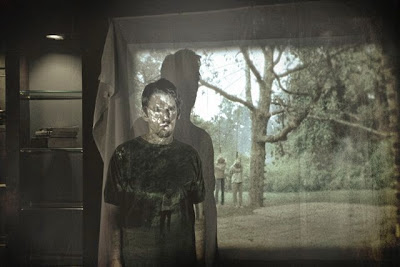 Maybe he's just confused that there are films that exist that weren't directed by Richard Linklater.

Certainly Sinister's plot takes the road most traveled, but that is perhaps the least of its sins. Although the bulk of its scare sequences are cribbed from other paranormal flicks, the film is quite creepy very often, especially whenever Ellison watches a new murder tape, which are grainy, grisly, and by far the most genuinely disturbing original element of the entire film. But the problem is that the film amasses flaws like an Alicia Silverstone character at the mall with her dad's credit card.

As I implied earlier, the central mystery is far too easy to figure out (making it all the more frustrating when Ellison fails to grasp it), and the wife character is inconsistently written, unbelievably gullible, and far too pliable when it comes to letting her children sleep in the bedrooms of murdered children. Not to mention that the nightly scare scenes become repetitive and downright exhausting. 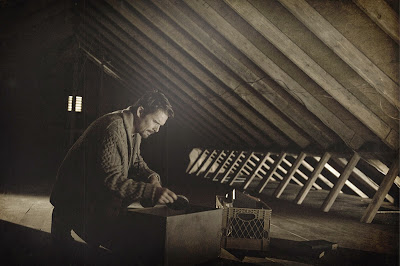 Seriously, Bughuul's nightly schedule (turn on a film in some unsuspecting part of the house, wait for Ellison to hear the flapping of film that his family is mysteriously numb to, appear in the shadows, repeat) is more rigorous and reliable than the Long Beach bus timetable.

The ending is flabby and runs out of gas long before the supposedly climactic reveal, and a series of useless characters shuffle briefly into the second act, only to provide explanatory but patently useless information far too late for the film to do anything interesting with it.

In short, Sinister is a film in desperate need of tightening up. At nearly two hours, the film is far too sprawling for its relatively lean story. I suppose it's kind of ironic, considering that the main character spends the bulk of his time editing film footage together. But that irony is easily lost on the viewer as they snooze through the final third of the film.

It's a real shame, because aside from its extensive collection of film-maiming deficiencies, Sinister is really a quite good chiller. Alongside a series of authentic frights and a wonderfully effective comic relief in the form of Ellison's helper, Deputy So & So (James Ransone), it builds an enthralling mythology for its demon that separates it from the pack with thematic and engaging material. But it squanders these ideas by shuttling Bughuul off on other business while we are forced to watch Hawke try his darndest to keep his constant flailings at a film projector entertaining.

All in all, Sinister is decent, but utterly unmemorable, just like director Scott Derrickson's intensely muddled follow-up Deliver Us From Evil. There are enough good elements to prevent it from being a total flop (and I'm genuinely excited for Sinister 2, which seems like it cut the fat considerably), but it's not worth checking out amid the noise and clamor of the thousands of other lookalikes populating the genre at the moment.