Whatever Happened To Saturday Night? 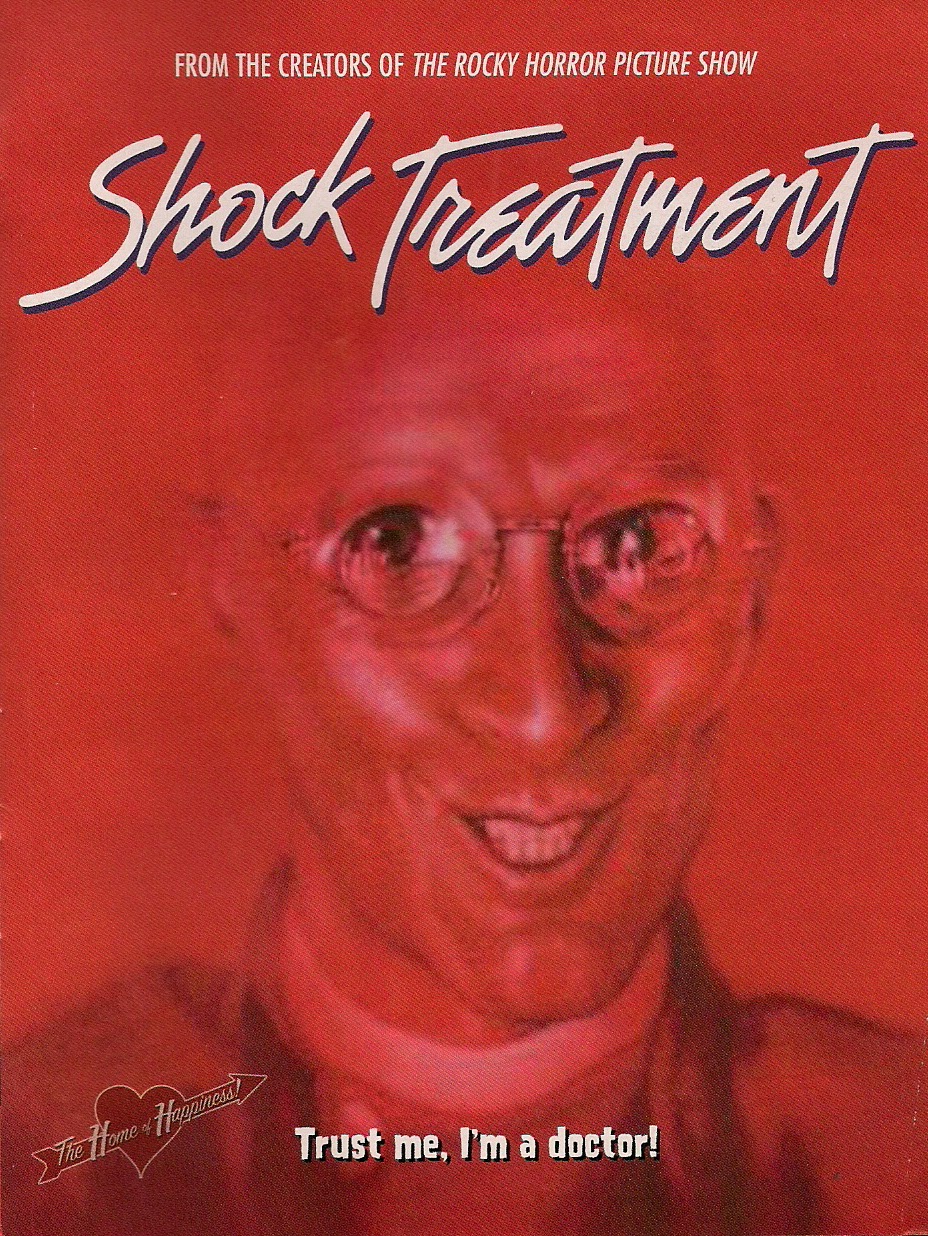 I'm going to let you in on a little secret nobody seems to know.

Remember that cool movie with the alien transvestites that I talked about a week or so ago?  Rocky Horror Picture something? Well that movie has a sequel.

I'm going to pause to let that sink in. 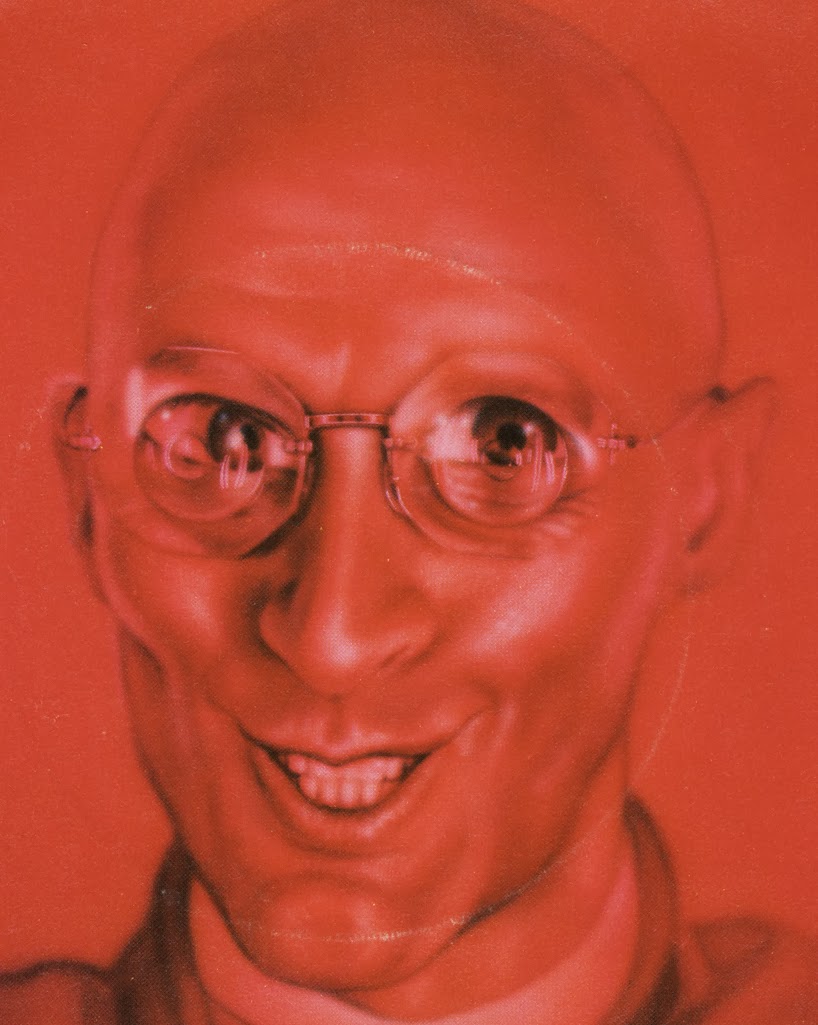 Take a moment to bask in the glory of this face.

Of course Brenna, Henry, and I had to watch it. So we holed up in Shannon's dorm room with Batman blankets and low hopes and popped the DVD in.

Oh boy, you guys. Just... I need a minute to even get through this.

Let's discuss some semantics while I calm down long enough to string a rational sentence together. Technically this isn't a total sequel to Rocky Horror. No, that dream withered and died in opposite proportions with Tim Curry's career. Described as neither a sequel nor a prequel, but an "equal" (which it patently is not), Shock Treatment features the characters of Brad and Janet but the only returning actors are playing entirely different characters and the mad Transylvanians are mentioned not a single time.

This would appear to be completely damning to a film claiming to be a followup to the most successful midnight movie of all time, but once again under the skeletal and translucent guiding hand of original composer Richard O'Brien, Shock Treatment packs a surprising punch. 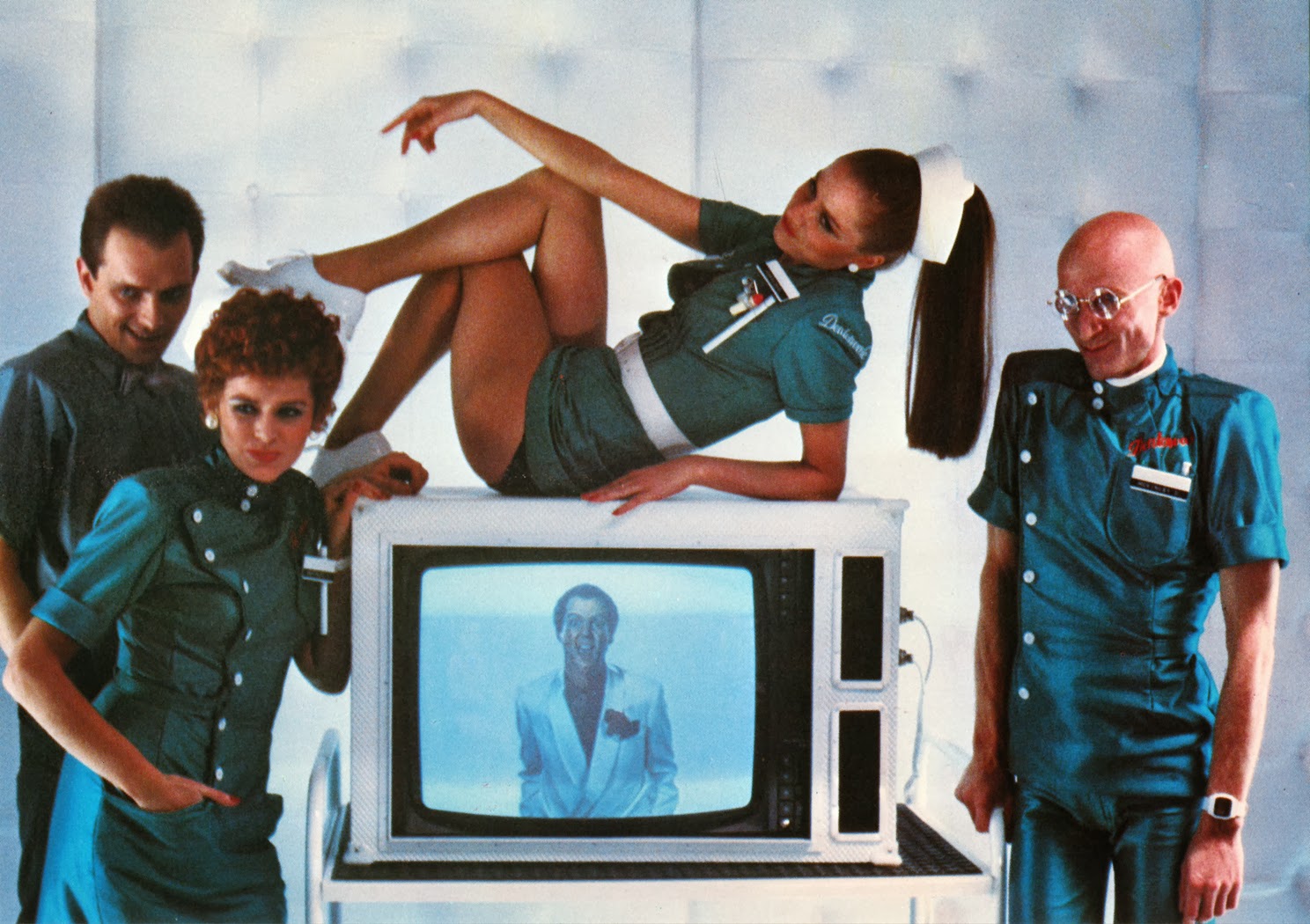 Although Shock Treatment could obviously never match up to its illustrious predecessor, it does have many of the same strengths - the songs are of a piece vibrant and exciting rock and roll numbers (this time with an invasion of 80's instrumentations), the plot is less than nonexistent, and the coherence measures on a negative scale. In any other review, those would be considered shortcomings.

But this is no normal film, sir.

Unfortunately the main cast sorely lacks the camp energy necessary to drive this film into the stratosphere, but the parts that shine (largely those with the most members of the Rocky Horror ensemble) shine bright like the streetlights outside my window when I'm trying to sleep.

On to the plot, insofar as there is one. Brad (Cliff De Young) and Janet (Jessica Harper, who just so happens to be the star of the Dario Argento masterpiece Suspiria. This will never stop being weird) Majors return to their hometown of Denton, TX which for budget reasons is represented by a massive TV studio.

All the townspeople are either brainwashed studio audience members, TV hosts, or guest stars on soap operas. Brad and Janet are content to blend into the background until Brad's old world values and clumsiness (?) force Janet to have him institutionalized. This makes exactly as much sense as it sounds like it would.

The sanitarium is run by nefarious Drs. Cosmo (Richard O'Brien - Riff Raff) and Nation (Patricia Quinn - Magenta) McKinley and the bubbly Nurse Ansalong (Nell Campbell - Columbia) who promptly lock Brad in a tiny cage while Janet is approached by the German Dr. Scott analogue Bert Schnick (Barry Humphries) to be in his new game show. It would not surprise me in the least to find out that 30 Rock based Gerhardt Hapsburg on this character. Look it up.

So anyway Janet gets sucked into the world of superstardom ("I've come to tell you how fabulous I am") and.............................. songs. I guess. Who even knows? Janet sings a series of tunes in a voice that's infinitely more Helen Reddy than Susan Sarandon and this never ceases to bother me.

She also doesn't seem to have the ability to move a muscle while singing. It's like she's covered in bees and she doesn't want to move lest they find out she's there and sting her.

That would actually make more sense than the scene where Betty Hapschatt (Ruby Wax) reads Samuel Taylor Coleridge to Judge Oliver Wright (Charles Gray - The Criminologist) on a staircase until he falls asleep and a workman shows them a dead bird. Or the part where Brad serenades a toaster. Or the part where a mysterious TV overlord inside a heart makes orgasm faces while Janet sings. Or that whole 92 minute part in the middle.

It's all very very weird and certainly not nearly as lively and dynamic as the manic energy of Rocky but the duller parts are saved by the Hospital Ensemble and several outstandingly solid musical numbers (especially "Shock Treatment," "Lullaby," and "Bitchin' in the Kitchen"). Little Nell kills it with her shrill wail, Patricia Quinn brings her syrupy accent to the floor once more, and Richard O'Brien's unique reedy belt is always a welcome presence.

I don't know how he does it but his songs are invariably both outrageously dumb with rhymes straight from a kindergarten jump rope game and inescapably catchy. I've been listening to the soundtrack on repeat all day and it's hard not to feel that some of the songs are just as good if not even better than at least half of Rocky. 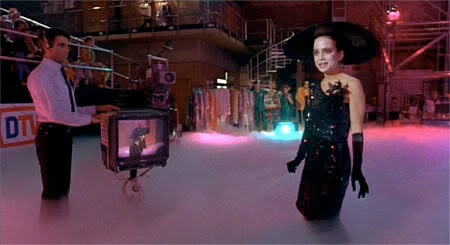 He must have sold his soul to Susan Sarandon.

The great songs aren't even linked together by the remotest semblance of narrative so the nonmusical portions are certainly less classic or enjoyable but I'd overwhelmingly recommend the film to anyone who can withstand 25 minutes or so of utter mind-numbing delirium. It's totally worth it. I promise.

Also there might be some themes buried in there somewhere about the disposability of fame and the media brainwashing the populace, but they're not so much present in the film as they are adjacent to it, somewhere in the middle distance.

But it doesn't even matter. All you can do is stare at it in wide eyed wonder.

The film is impossible to explain so I might as well stop trying, but all I can say is that I can't wait to see it again and if you're looking for a great forgotten treasure for bad movie night, look no further.