It's Our Party, We Can Love Who We Want To

It's time, y'all. Miley Cyrus is playing the Honda Center tonight and Sergio and I are going and there's nothing anybody can do about that. I've really come to appreciate Miley's newest album for being exactly what you wouldn't expect based on the image she's been touting in the media lately. Also I think the outrage is entirely misplaced, although it serves her purposes well.

But seriously though. Nudity in a music video? When did everyone suddenly time warp from the 1910's to be shocked about this?

Anyway, in my tradition of honoring concerts with their own post, here is

Sometimes a certain band or song will jar with the public and accrue undeserved mass hatred completely by accident. Sometimes that hatred is for a style that was abandoned unnoticed by everyone decrying its failures. Sometimes a single song can eclipse the rest of a band's oeuvre. Either way, there are some musicians who have developed quietly in the background and I think deserve more respect.

And since I have this here social media platform, what better place for supporting some of my favorite artists? It's a win-win! And I understand that these genres are sometimes just not the kind that a lot of people are interested in. I get that. Not everybody can like everything.

But I beg you to give these five artists another listen before you decide how you feel! 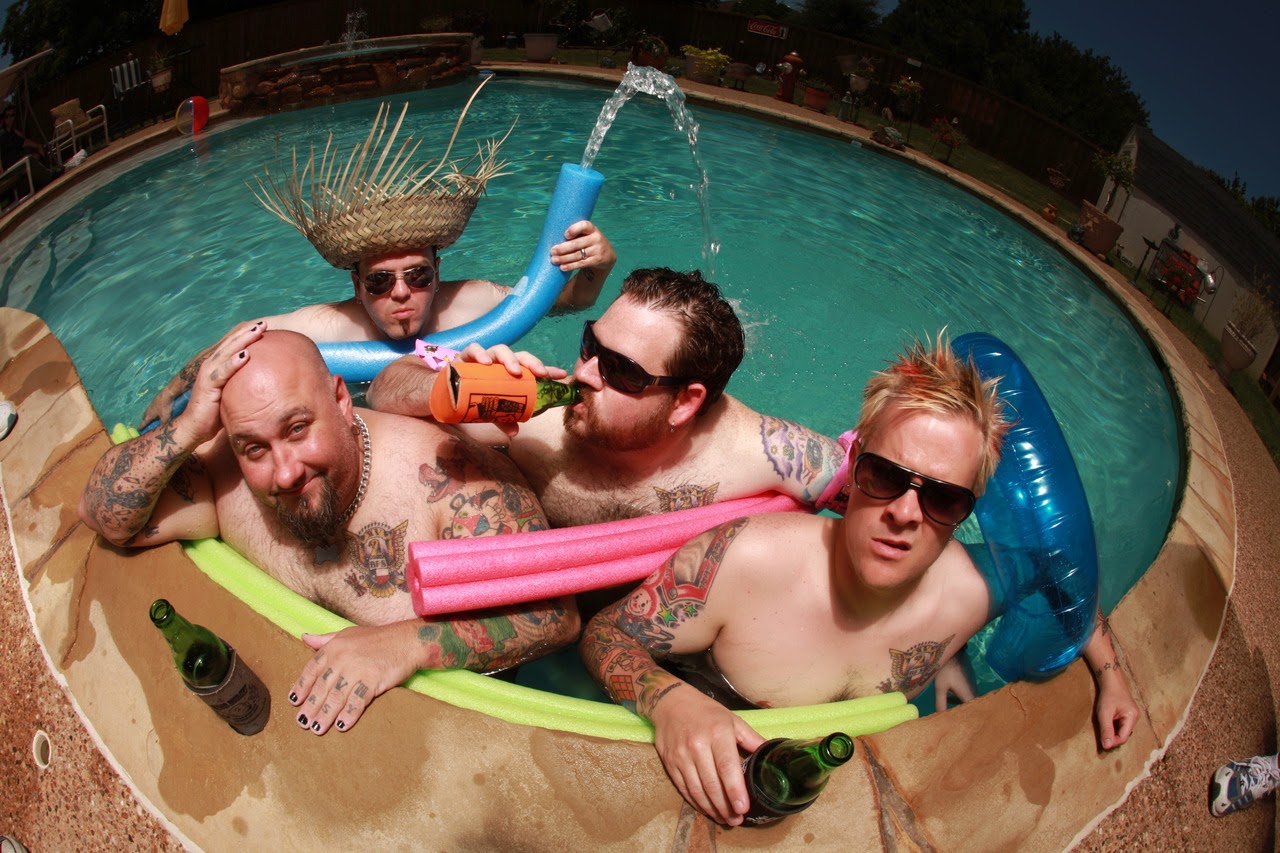 The Song That Ruined Everything: 1985

Try This One On For Size: When We Die

Bowling For Soup has lived in the shadow of Blink-182 for its entire career, but honestly I prefer them. I guess I like my snotty pop punk with a little bit of warmheartedness underneath. Led by front man Jaret Reddick, this four piece rock band from Denton, Texas has been plugging along since 1994 (so exactly as long as I myself have been plugging along). They hit it big with 1985 and High School Never Ends, which are both fantastic and humorous songs, but BFS can strike an emotional chord just as well as a funny bone. When We Die is an excellent example of the band getting introspective and it is just as earnest as sincere as the rest of their work.

Most of the time even their ballads are pretty funny (which I'm not complaining about), but it's important to see that these are real guys going through real experiences and expressing that in a medium they love. Their heart and soul, even though its mostly expressed in a goofy way is what draws me to them more than their singles. 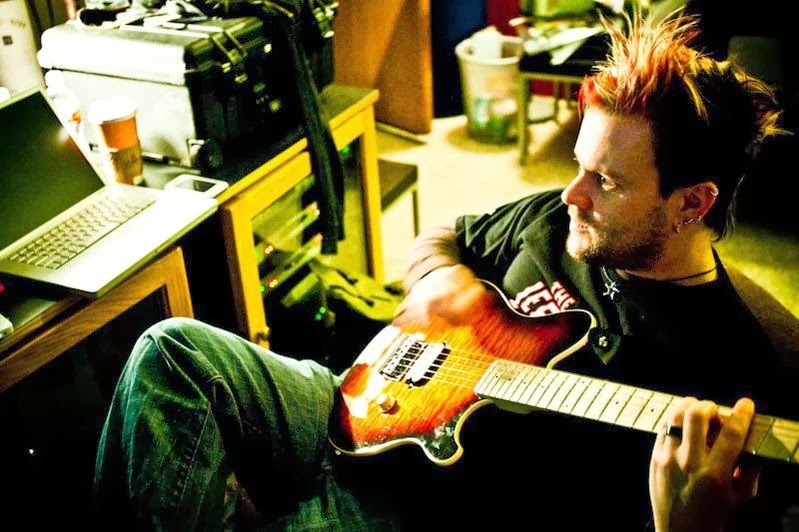 Other Great Tracks: Turbulence, I Don't Wish You Were Dead Anymore, Val Kilmer 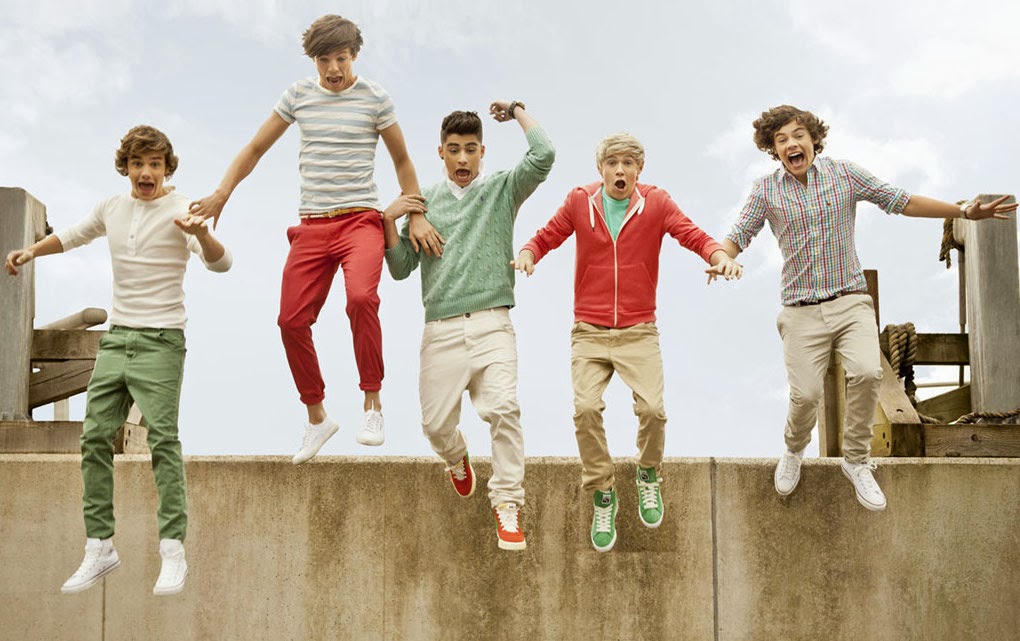 The Song That Ruined Everything: What Makes You Beautiful

Try This One On For Size: Happily

Tossed aside by most of my peers for being just another dumb prepackaged boyband (let us never forget that these are the same people who secretly perk up their ears any time *NSYNC plays at a party), the lads of One Direction are finally starting to steer their own ship and although it's hard not to describe their current status as Mumford-lite, there are true musical artists below the plasticky pop sheen and I'd say their career trajectory is worth following.

In just two years they've grown a lifetime and released three albums of wildly different musical styles. I understand this kind of pop isn't for everybody, especially those who were raised on a solid diet of Led Zeppelin and The Beatles and what have you, but sometimes isn't it just nice to just bask in the glow of a really good pop song? It's not a sin to admit that. Give Midnight Memories a listen. It's no Sgt. Pepper's. But it's also no No Strings Attached. 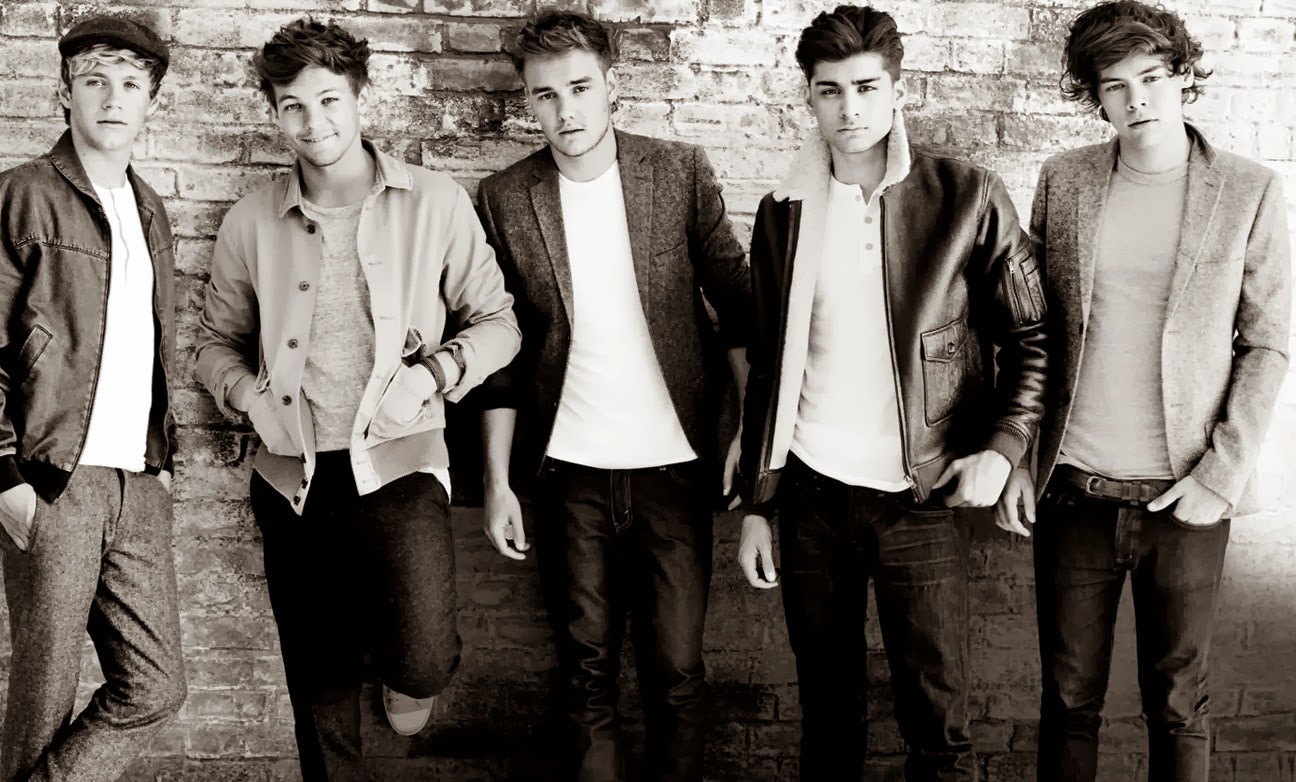 Other Great Tracks: Don't Forget Where You Belong, She's Not Afraid, Through the Dark 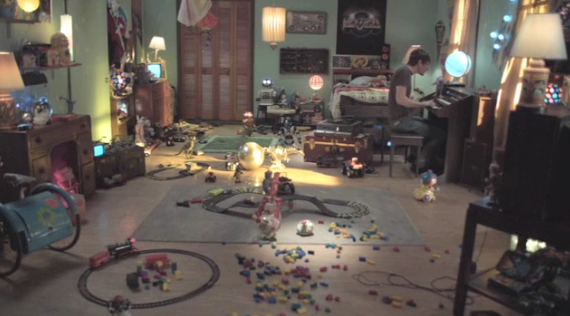 The Song That Ruined Everything: Fireflies

Try This One On For Size: Bombshell Blonde

Talk about a huge missed opportunity for everybody. Fireflies exploded like a majestic pyrotechnic and then everyone immediately stopped paying attention. Although Owl City was the biggest act on the planet for all of three weeks, there are still huge gaps in public knowledge, like the truly fantastic early EPs filled with bubbling and human electronica or the newer albums that use actual real instruments and vocals.

And then there's the dubsteppy Bombshell Blonde that's about as far from people's dippy fantasy perceptions of Owl City as the Sex Pistols.

Maybe he's just won me over with his puns, but I refuse to be the only person in the world still buying his albums. His tracks are clever and cute and invariably positive. And as much as I like Adele, sometimes I don't want my radio to make me sob in the car. 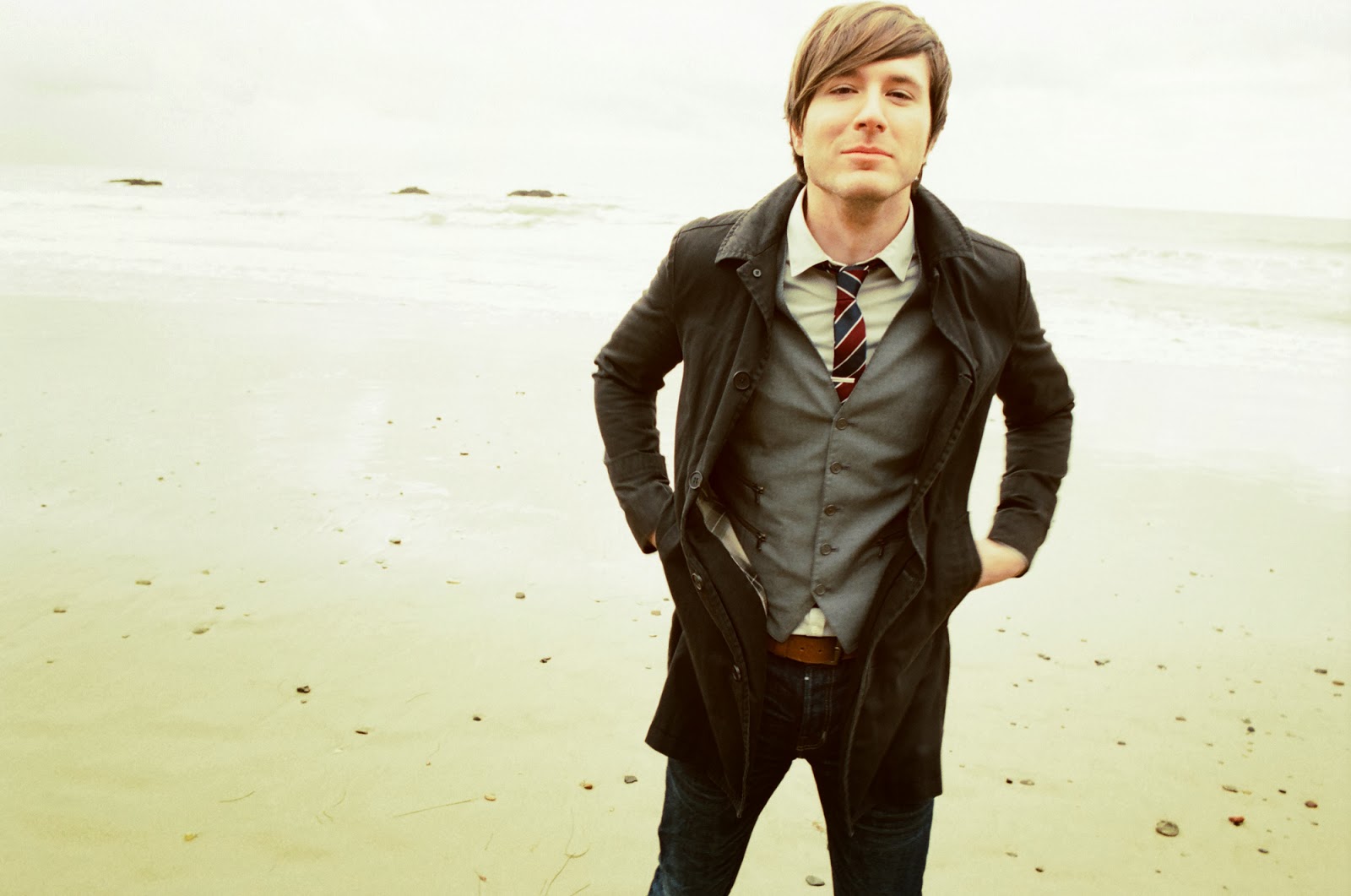 Other Great Tracks: Captains and Cruise Ships, Hey Anna, I'm Coming After You 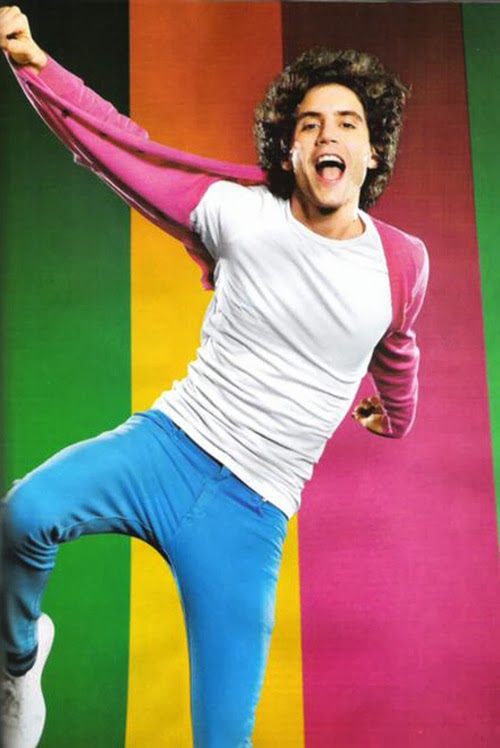 The Song That Ruined Everything: Love Today

Try This One On For Size: The Origin of Love

Perhaps never hated or even never as big as some of the other artists on this list, there are still solid perceptions around him as a pleasant but throwaway pop artist with killer pipes. But get this.

MIKA has swiftly become one of my favorite modern day artists based on the shoulders of his solid gold album The Origin of Love. Inspired by a lot of world music and sweeping vocals, he's like the falsetto Bastille that everybody forgot to listen to. The new album is so radically different from his earlier works that I'm not even entirely convinced it's the same person.

But if you're looking for astoundingly crafted and meaningful Europop, look no further. MIKA's soundscapes will fill your ears and make you completely forget that Lollipop ever even happened. 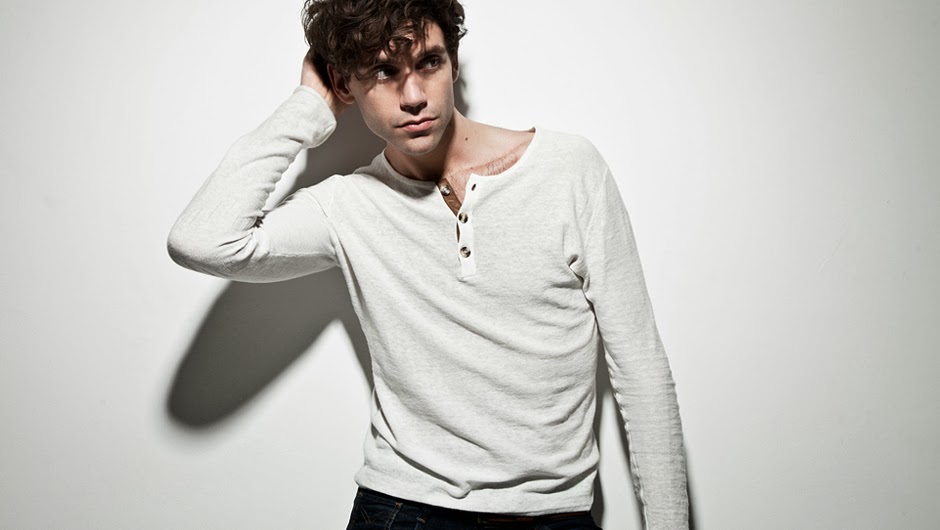 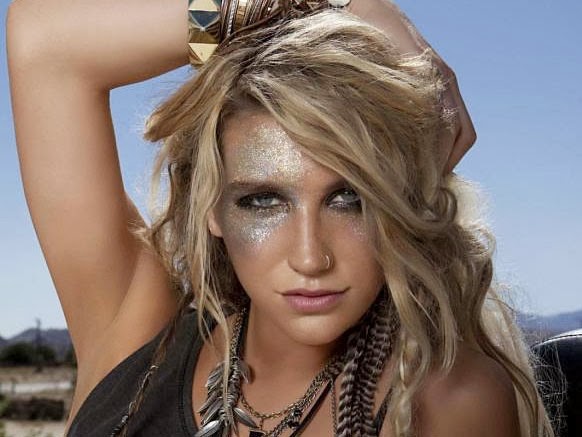 The Song That Ruined Everything: TiK ToK

Try This One On For Size: Old Flames Can't Hold a Candle to You

Oh, my Ke$ha. Queen of the Underappreciated. It's understandable why people would dislike her debut album Animal (although I thoroughly enjoyed it for its no-holds-barred party atmosphere and clever satire) due to its largely computer-based rhythms, but each ensuing album is met with cries of "Talentless whore!" and "Autotuned garbage!" by people who have almost certainly never listened to them.

Because if they did, they'd find an all grown up K$ taking influence from her Nashville roots and her rock 'n roll lifestyle to create one of the most satisfying and experimental pop albums of the decade. She's still a ribald party girl and I wouldn't ask anything less of her, but any analytical ear can clearly hear the deft satire of her lyrics and the boldly feminist cheesy pop world she has created for herself.

Ke$ha's unpopularity is a persistent and unknowable enigma. But I guess people just need to hate something. And Ke$ha's tracks are nothing if not divisively different from the norm (in such a deceptive way that some people can't even see it). But seriously. Why hate someone so devoted to the betterment of her listeners? Katy Perry and even Lady Gaga are becoming increasingly sterile and prepackaged but Ke$ha has developed her sound tremendously and is on the verge of a true masterpiece of bubblegum pop art.

Please. If there's anything you take away from this list at all, let it be Warrior. At least click a couple iTunes previews. Thank me later. 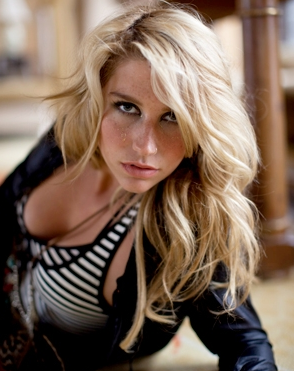 Other Great Tracks: Out Alive, Love Into the Light, The Harold Song
Word Count: 1272
Also sprach Brennan at 4:07 PM