I'm comin' at you again straight from Venus with more of Women In Horror Month! In a genre that has been decried frequently as misogynistic and exploitative (for several very good reasons), it is good to step back and appreciate the positive influence of the many Final Girls and strong female characters that seek to combat the deeply rooted sexism of the film industry.

This kind of change always comes about from fringe movements and what is horror if not fringe?

But power goes both ways. Final Girls are a force for good but evil has strength too. Sure, it's terrible to portray women as villains because of some misogynistic reason like "hysteria" or "periods" but in the interest of equality, it is important to explore the dark sides of all human beings: male, female, or otherwise.

It is with that in mind that I bring you the 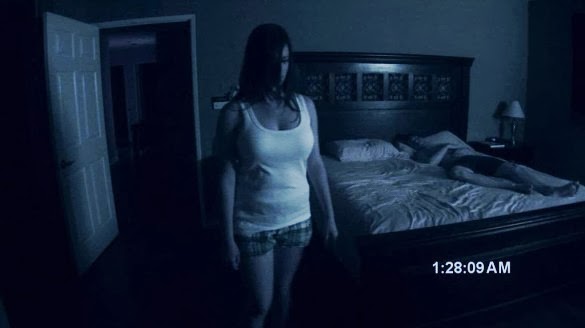 What began as a cheap found footage shocker quickly became a genre mainstay on the strength of its ridiculous budget multiplying powers. Katie Featherston, though the protagonist of the original film, has been the only returning cast member to appear in all four sequels (because let's face it, The Marked Ones was a sequel). Her parts are usually in the final ten minutes, aka the scariest and most ridiculous parts. And hence, she ends up on the list! I love dumb horror franchises! Thank you Katie for being compelling enough the first time around! 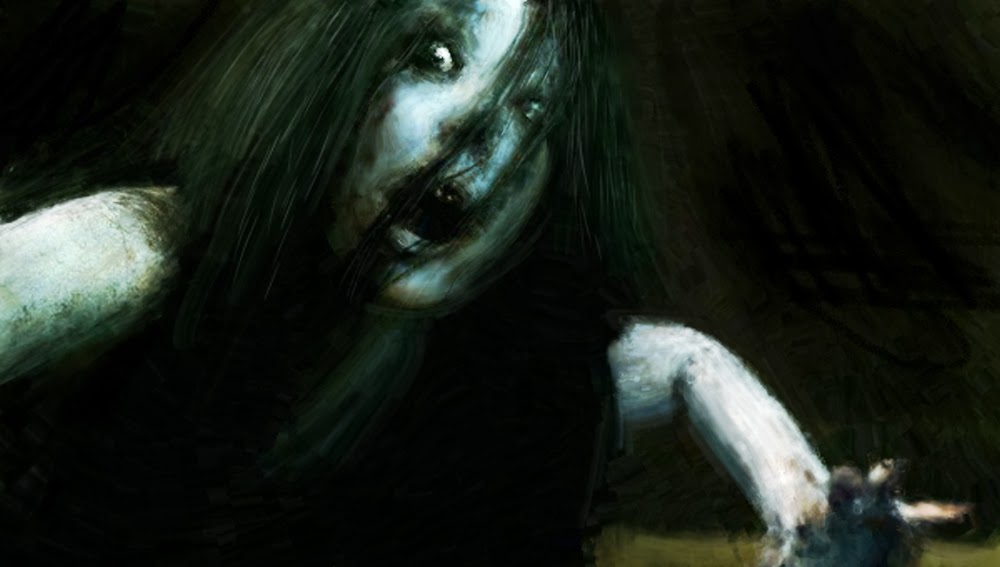 If I had no restraint, this entire list would just be J-Horror ghosts. It's some scary crap, man. And although the Ju-On/Grudge series was frequently haphazard and repetitive, the scare scenes always pack a punch thanks to Kayako, the ghost of a murdered wife who seeks revenge on all who enter her house. I always end up thinking about the final scene in Ju-On at the most inopportune times, like when I'm walking to my car at midnight or climbing up the dark stairs to my apartment. 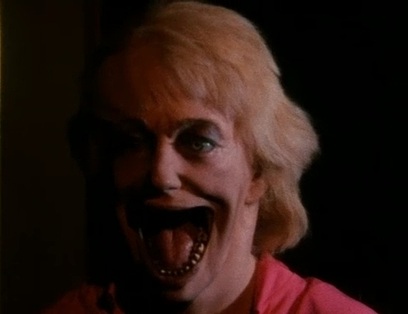 Played By: The Director's Neighbors, Probably

I just had to. Flesh Eating Mothers is one of those terrific bad movies that nobody seems to have heard of, but I think its definitely worth a look for any connoisseur of the form. Mothers are infected with a virus that makes them eat their children in the most hilarious way possible. Check it out. Nobody likes kids anyway.

Maybe they're the heroes.... Something to think about. 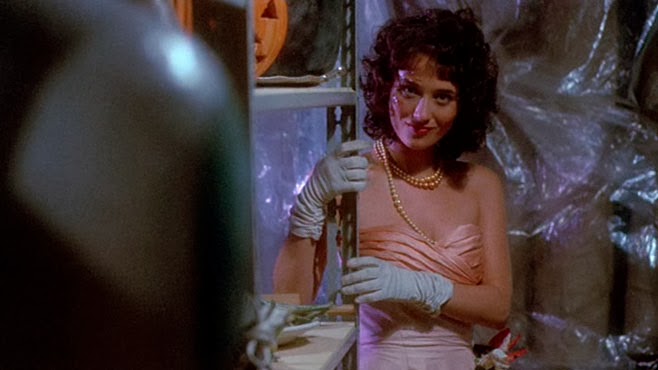 Burnt up prom queen? Reminds me of something, but I can't quite put my finger on it.

The one place you'd never expect that plot element is in the Prom Night series, which set off to be a totally run-of-the-mill slasher franchise. However, it was quickly derailed by the gorgeously evil majesty that is the ghost of Mary Lou. She sent the franchise shooting off in a wildly different direction that makes it one of my favorite minor slasher series to this day. 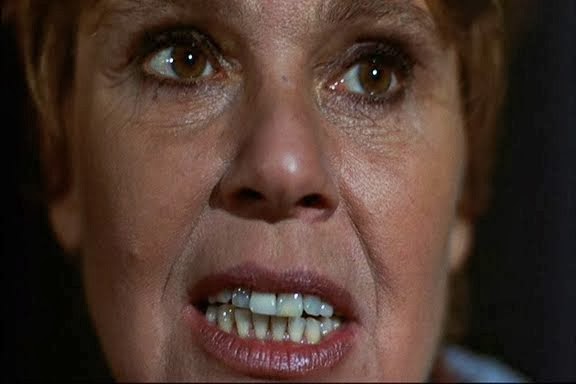 Played to the nines by a woman who only agreed to be in a movie she thought was a piece of crap so she could afford a new car, Mrs. Voorhees is the woman who is responsible for the entirety of Jason Voorhees' career. The original villain of Friday the 13th, she breathed life into a dull third act with her soap opera caliber histrionics and her utterly terrifying schizophrenic taunts and wails.

Psssh. Sleepaway Camp. Obviously a rip-off of my beloved Friday the 13th, right? That's what I thought at least. But it's so much more. I'm not really a fan of anything but the ending of the first one, but the sequels mine some really solid and delirious slasher territory and are fairly unique in that there is never even a shred of doubt about who the killer is. The tension is always about what the hell she's going to do next. And how poorly she will be acted. Good times. 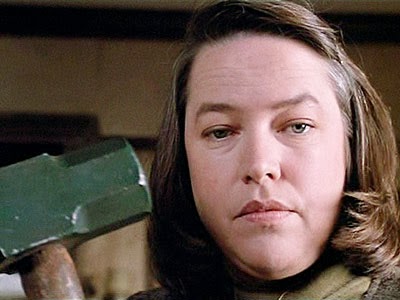 You knew this was coming. Kathy Bates has nailed a wide variety of roles, but one of her best is Annie Wilkes, the obsessive recluse who traps her favorite author in her secluded home and forces him to write another sequel. So, basically, what any of my peers would gladly do to J. K. Rowling. 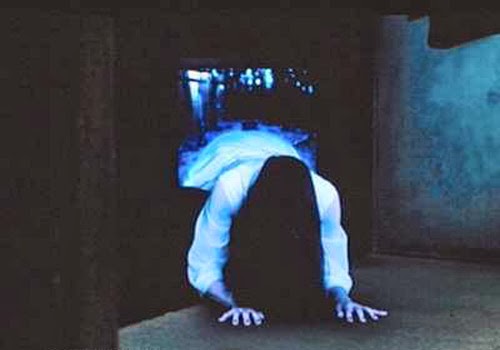 The ghost of a young woman with telekinetic powers who was drowned in a well, Sadako does super cool and exciting things like terrorize people who watch her magic tape and crawl out of TVs. I love J-Horror, you guys. I have yet to see it, but I'm very excited to watch Sadako 3D, where she haunts YouTube. Sounds like a good time for the whole family. 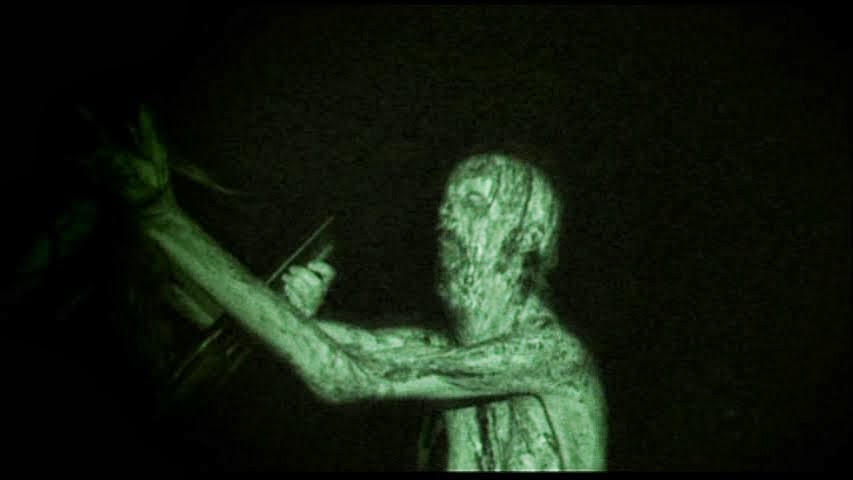 Unfortunately, this terrifying vision was played by a man so she doesn't quite deserve the top spot despite being the single most terrifying thing I've ever seen in the most terrifying scene of my favorite horror movie in the entire universe. But she couldn't not be here, as anyone to whom I have shown [REC] (which is everyone) could attest. 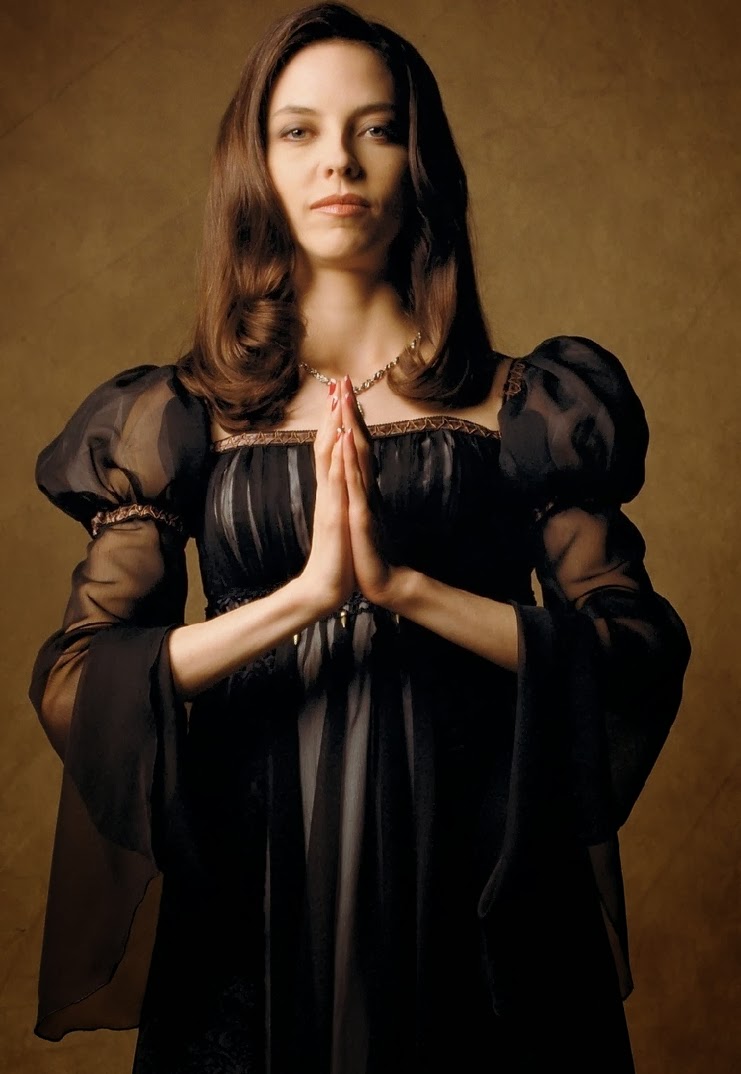 The Medeiros girl had to be bumped, but there's nobody in the world who could take her place but the magnificent Drusilla. Played to the ends of the Earth by Juliet Landau, Drusilla is an utterly sympathetic character driven to insanity by Angelus, the dark side of Buffy's hunky vampire boyfriend. And despite being lovably addled, Drusilla is made of white hot evil, even more pure than her punk boyfriend Spike. She ends up dominating every episode she stars in, so much so that they had to get rid of her lest the show solely revolve around her exploits.
Word Count: 1065
Also sprach Brennan at 10:25 AM