Blog Error: Does Not Compute 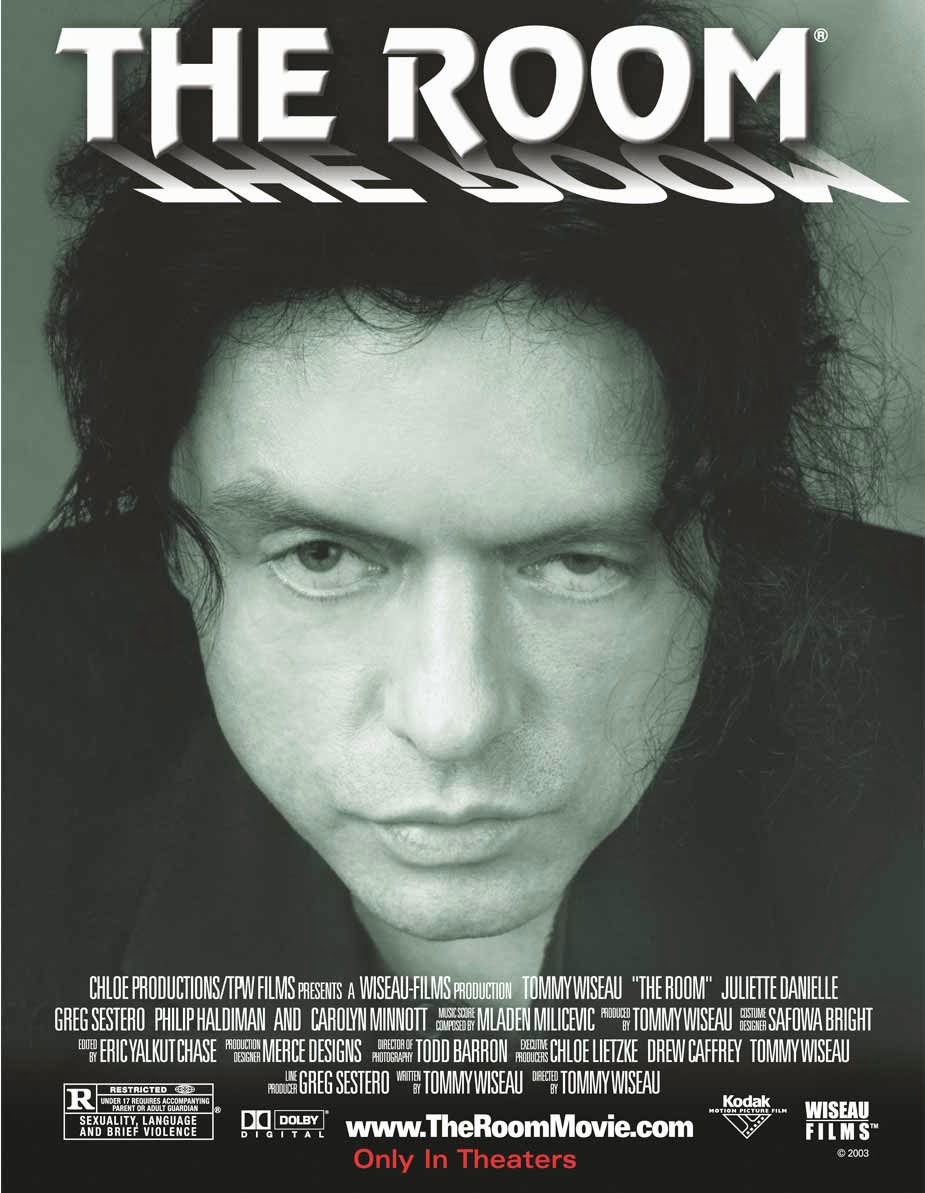 I'm gonna come right out and say it: The Room is unreviewable. At least not by any standard of cinema that has been invented as of January 19th, 2014.

The way I see it, there are five types of bad movies.

First off, there are movies that are just plain bad. Not terrible enough to be funny but not good enough to be anything more than a dull lifeless heap. These are the worst kinds of bad movies, because you can't even get enjoyment from making fun of them. Hollywood tends to make these kinds of movies by accident when there's a good budget but not enough passion behind the camera to keep it from sucking, or at the very least from being uninteresting.

These are movies like bad comedies (Identity Thief, Movie 43, You Don't Mess With the Zohan) that are impossible to mock because they intend to be funny and fail in their goals. This is inherently unfunny. On the other end of the spectrum, there's movies like Memorial Day and Psycho Santa that are prosumer nightmares made by amateurs with not even production values to redeem themselves. Stay away from these movies at all costs. 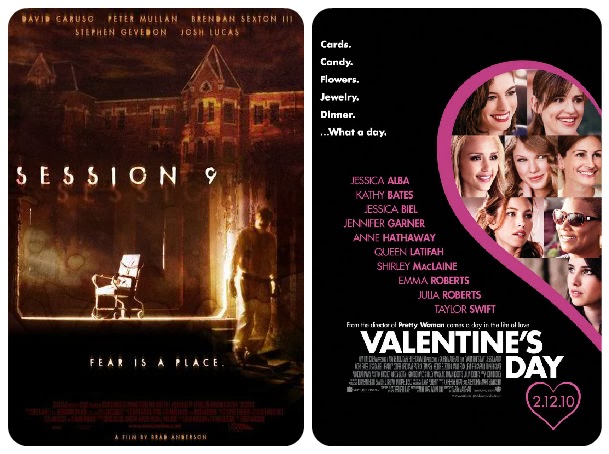 Second, there are intentionally bad movies which in all honesty aren't that much better. These movies try to capture the bad movie magic by making themselves as terrible as possible. But you know how the saying goes: Truth is stranger than fiction. For a bad movie to be "so bad it's good," the filmmakers have to think they're creating a masterpiece. Or at least not be completely aware of the profound levels of suckitude they are reaching. These intentionally bad movies are a fairly recent phenomenon, chasing the cult following many older films have garnered.

These filmmakers are the most incredibly crass and mercenary workers out there. Seeing the sheer amount of cash some terrible cult movies have made on midnight screenings and DVD sales, they set out to make one of their very own. But that very insincerity is their downfall. Some of them turn out alright, like Santa's Slay or ThanksKilling, but they're never as good as their authentic counterparts (The best of these is undoubtedly Sharknado. Jack Frost 2: Revenge of the Mutant Killer Snowman is a close second.).

And most of them end up not even being bottom of the barrel like The Gay Bed and Breakfast of Terror or Bachelor Party in the Bungalow of the Damned (and nearly everything Troma has ever released). In fact, they aren't even in the barrel. They're hundreds of miles away from the barrel, stuck to the bottom of some Chinese dockworker's shoe. 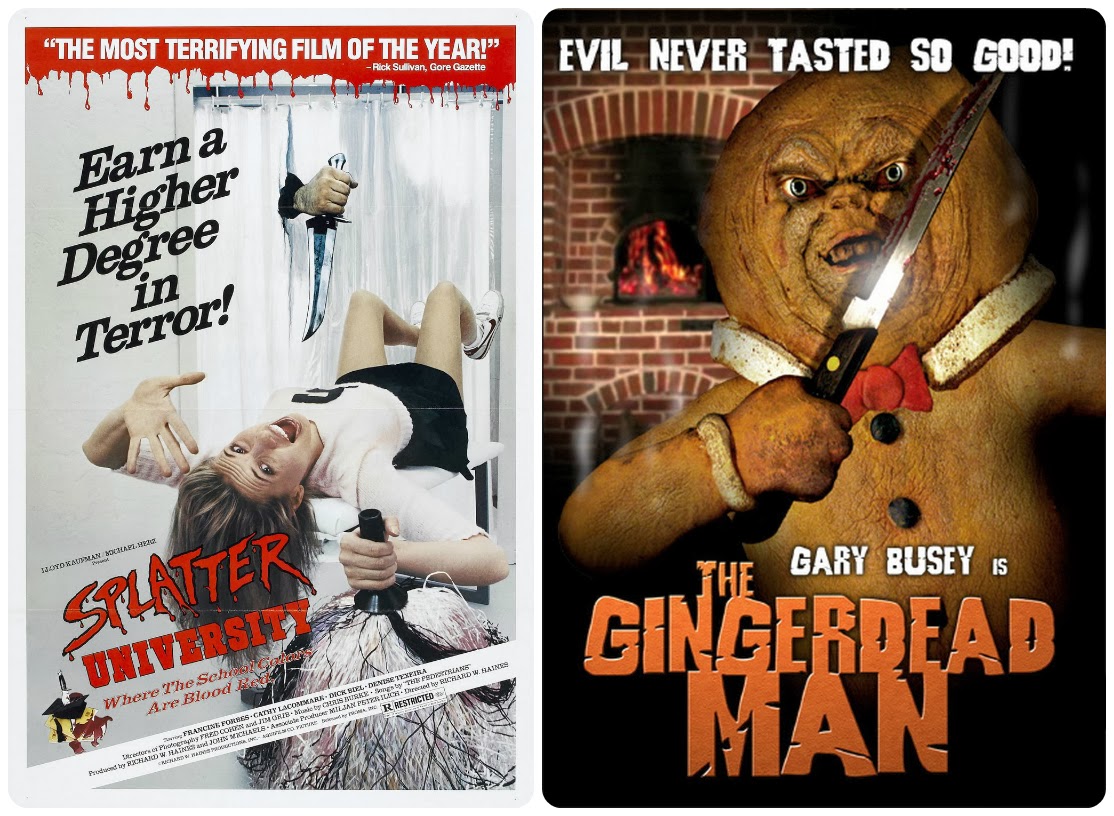 Third (now we're finally getting somewhere good) are the old low budget B-movies. Nobody ever paid any real attention to this stuff so they could get away with anything. This arena is where MST3K gets all their material - stuff like Teenagers From Outer Space and Secret Agent Super Dragon. These films have invariably awesome titles. 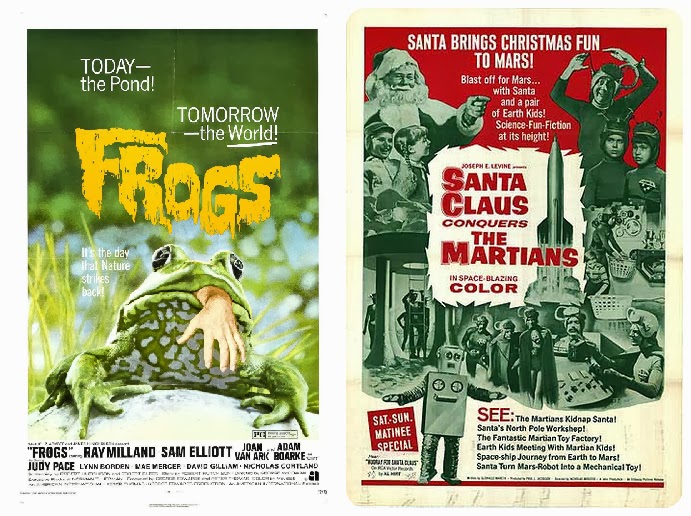 Fourth are the camp films. Like a tennis ball that gets stuck in the net, these films are caught exactly in between intentionally bad and B-movie glory. These are films like John Waters productions or The Rocky Horror Picture Show that depict over the top melodrama, musical numbers, costuming, and/or dialogue. The only difference between camp movies and intentionally bad movies (and what separates them from that dreck) is that the campy ones shoot straight for the fun jugular. The juggler, if you will.

These movies want to be visual and aural experiences unlike anything you've ever seen. Their over the top nature and dissimilarity to the blandly average Hollywood products is what attracts cult and fringe audiences to this day. Horror can also tend toward the campy, especially in the films of Roger Corman and Stuart Gordon. 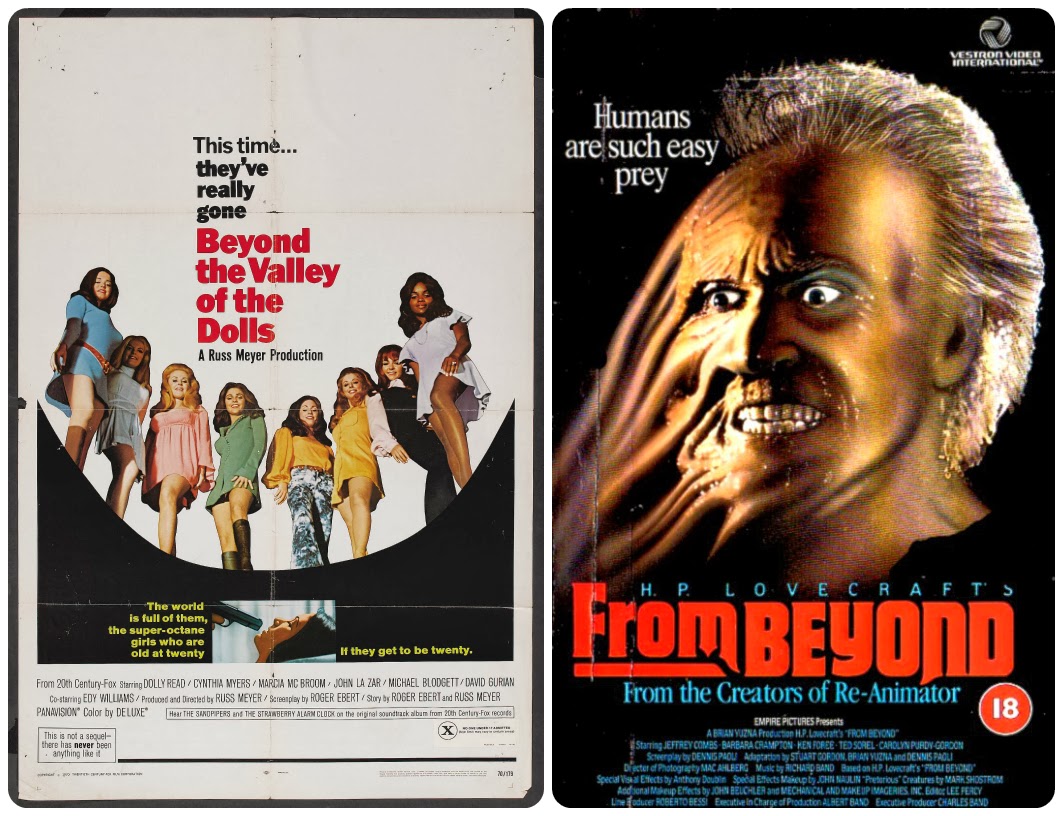 The last category - and my personal favorite - is insane horror. Horror as a genre tends to be the most lenient toward batsh*t insane ideas and as such welcomes such titles as Troll 2 or Phantom of the Mall: Eric's Revenge. This is what kept the slasher genre going throughout much of the 80's, with the rock 'n roll singalong killer of Slumber Party Massacre II, the killer robots of Chopping Mall and, well, everything else that I've been writing about in Census Bloodbath. 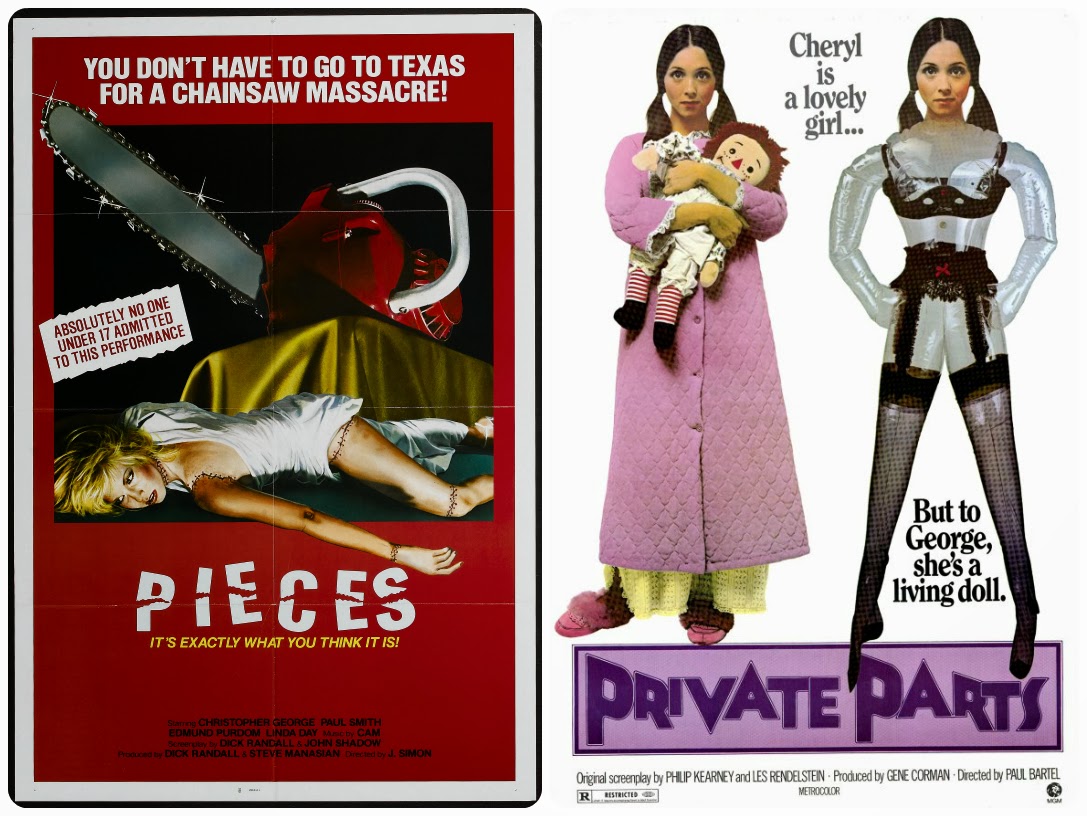 The Room falls into absolutely none of these categories. Not a one. It is absolutely, irrefutably bad, but in no easily definable way. Although it would be greatest sin to define The Room under any category. It is to be grouped with no other film. The Room stands alone, a monument to the X factor - that inscrutable quality that makes a bad film so infinitely compelling.

And where most bad films have a litany of flaws, there are usually patches of either brief improvement where it is enjoyable on a legitimate cinematic level (like some of the musical numbers in Rocky Horror) or brief decline where there are periods of utterly blah doldrums (like the middle half of Anthropophagus). The Room is so consistently legitimately bad that it defies logic and boggles the mind.

Written by, directed by, produced by, and starring Tommy Wiseau, a man who looks like his face was beaten with a sack of potatoes and then took on the primary qualities of said sack of potatoes and speaks in an accent completely divorced from any earthly language, The Room is a hornet's nest of plot holes, continuity errors, stilted line readings, bad dubbing, random non-sequiturs, and every conceivable error that plagues the nightmares of young film students. 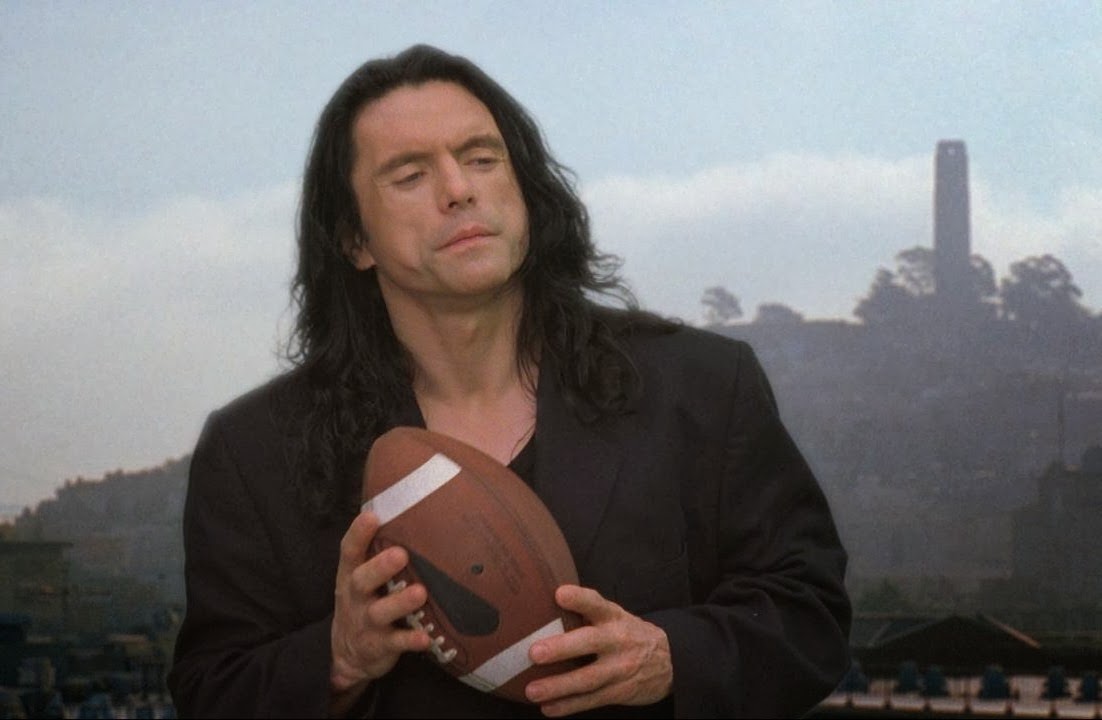 The very simple plots follows Johnny (Tommy Wiseau), a banker who is beloved by all (the way Wiseau writes people fawning over his character smacks of a sort of sweaty desperation and loneliness. This man wrote himself some friends, and if that's not the saddest thing you've ever heard, I'm sorry about your missing limbs.) and his "future wife" (the word fiancée is never uttered) Lisa (Juliette Danielle). Lisa has grown tired of her relationship and seeks alternative boners with Johnny's best friend (on the flip side, the phrase "best friend" is uttered approximately a borktillion times) Mark (Greg Sestero).

The actual plot takes up about 5 seconds of the overall run time. For the rest of it, The Room features visibly uncomfortable actors performing disconnected scenes that wantonly repeat themselves throughout the production performed in wafer thin sets decorated with framed pictures of spoons, a tuxedoed game of football (The Room's vernacular for the grand American pastime known as "catch") and a veritable avalanche of lengthy sex scenes featuring Wiseau's sinewy and veiny backside (one of which is comprised of outtake footage from an earlier scene).

It is so impossibly impenetrably weird, that for years nobody had any clue whether or not the whole thing was some big joke, some troll from the pre-4chan age. New information has come to light in the  tell-all book The Disaster Artist, a firsthand account of the 6 month production by Sestero himself. 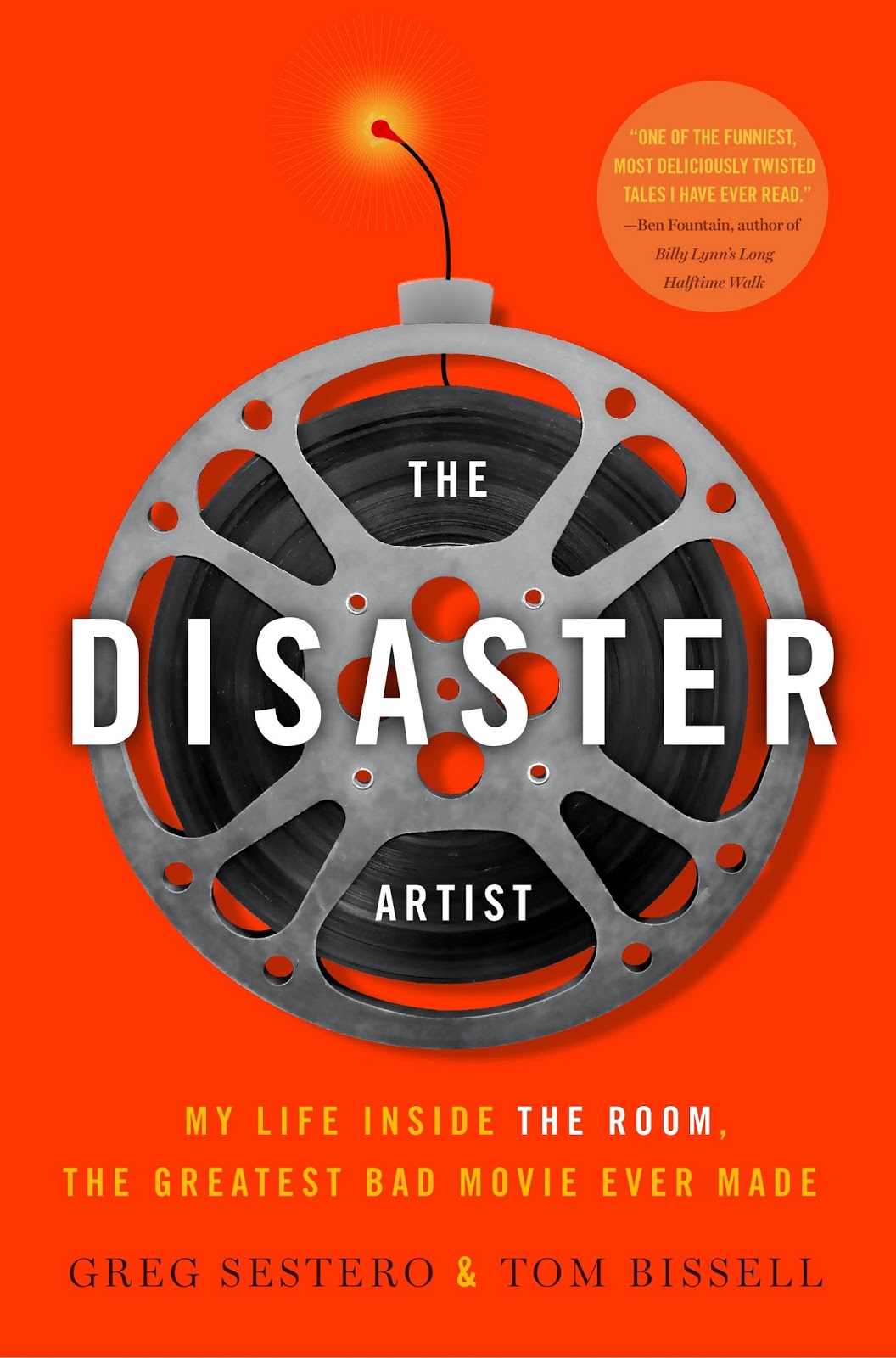 Completely devoid of sarcasm, this is the most fascinating nonfiction book I have ever read. Highly, unironically recommended.

The new information being that every frame of every shot was treated with absolute dignity by a very odd man who wanted to be a star. The book raises as many questions as it answers, but it paints a portrait of Wiseau even stranger than anybody could even imagine. This is a man who won't reveal where he's from even to his best friends (when asked, he always answers with "New Orleans"), has millions of dollars of disposable income, and orders cups of hot water with his meal at restaurants.

The Room is Tommy Wiseau's brainchild through and through (Of the other two producers credited, one was an elderly woman who almost certainly had no idea The Room existed and the other was a man who died a good three years before production began.) and the immense amount of money and dedication he poured into it resulted in a film that not only failed to function at a basic narrative level, but failed to function on every single storytelling level but one - the production values are, frankly, quite gorgeous for this type of independent film.

Wiseau sank millions of dollars into this film and it shows, adding yet another completely inexplicable element to the film. If it looked terrible, underlit, and shabby, it could have been chalked up to some crazy amateur experiment. But the lighting, camerawork, and production design are utterly professional save for the areas where Tommy extended his twisted influence like some unnatural fungus. Also, and I sort of hate myself for saying this, but I a little bit love the soundtrack. 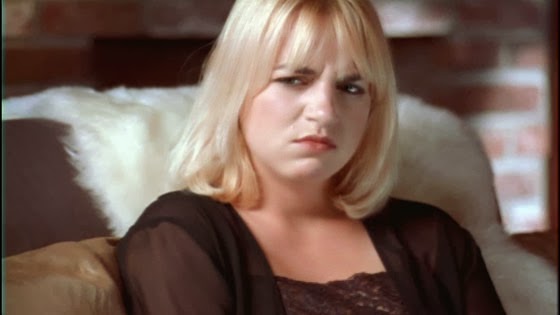 The reaction of every audience member during the first screening of the film.

Try as I might, it's impossible to explain the Mariana Trench depths of ineptitude Wiseau's performance sinks to. But his histrionics, and those he pulled out of his cast as a director, are unparalleled in the world of modern cinema. 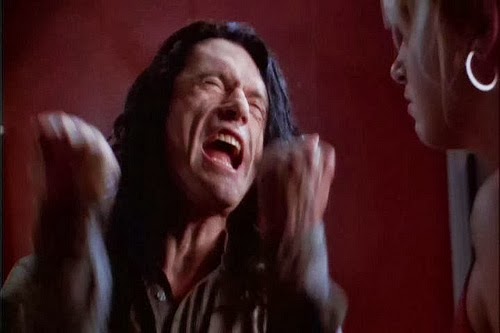 It's utterly compelling bad filmmaking. Every single second has something new and extraordinary puking across the screen, resulting in the most consistently belly laugh-inducing bad film in the history of the human race.

I've had the good fortune to attend a midnight screening of The Room with several good friends of mine and it was the most exciting moviegoing experience I've had in my entire life. The audience shouts along with the best lines ("You're tearing me apart, Lisa!" "Leave your stupid comments in your pocket!"), mocks every character with manic glee, and throws handfuls of plastic spoons in the air every time one of the framed silverware pictures shows up in the background.

So there I was, hundreds of spoons raining down over my head, watching a hideously inept drama play out onscreen via an accent with no geographical ties, smiling and knowing deep in my heart that whatever choices I had made in life that led me to this moment were the right ones.