I recently reached a major movie milestone! Yesterday's screening of Paranormal Activity: The Marked Ones marked my 900th film. Not counting repeat viewings, I have seen 900 movies since my birth in 1994. Taken as a whole, that would be one movie a week for 17.3 years. So, basically, my entire conscious life. Plus repeats.

When I was deciding how best to celebrate this important step in my moviegoing experience, I thought back on the historical importance of the number nine, which brought me to the idea of the nine Greek Muses because I'm a pretentious douchebag.

Sitting through 900 movies means sifting through a lot of coal to find the diamonds, so I am in a unique position to be able to recommend some of the best films I've seen so you can avoid all the other ones. The crème de la crap, if you will.

Although my picks aren't necessarily my favorite movies of all time, each of them are important to me for very different reasons and I think they all deserve more recognition than they get. I will organize them according to the specialities of each of the nine muses, because ancient mythology always has a place in modern blogging.

For each muse, I will offer up a sweet and sumptuous bouquet - a delectable movie from their domain of expertise - and the ritual smiting of one the terrible films that besmirch their names.

(This blog is very briefly NSFW but only because them ancient artists didn't believe in bras. If anyone asks, just tell them you're being classy.)


Calliope, The Muse of Epic Poetry 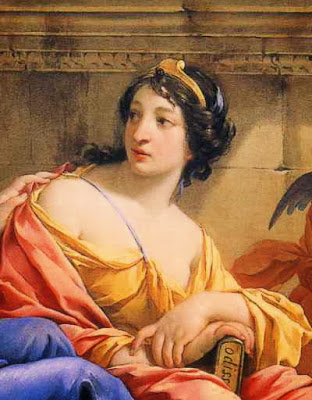 Calliope was supposedly the muse for Homer while he was creating The Iliad and The Odyssey. The wisest of the Muses, she was also the most assertive and is typically depicted with a gold crown and carrying a book.

Our offering to Calliope is an epic fantasy: Spirited Away 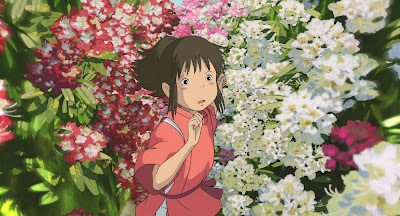 Hayao Miyazaki is one of the rare directors who knocks it out of the park a good 100% of the time and Spirited Away is one of the best films in his vast Studio Ghibli repertoire. A beautiful and deep (and dark) children's fantasy, the story of young Chihiro's entrapment in the spirit world has captivated audiences across the world - truly a triumph of animation and fantasy world building.

In Calliope's honor we will be burning: The Last Airbender 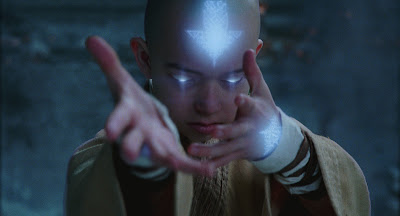 Exactly the opposite of Spirited Away in every way imaginable. Live action, a dull slog, and an ungrateful uninteresting turd that poops all over the source material. Burn it and burn the ashes.

Clio, The Muse of History

Known as "The Proclaimer," Clio is typically depicted with a scroll of parchment or a set of tablets. Mother of Hymenaeus (the god of marriage ceremonies), she is also typically linked with the poet Linus.

Our offering to Clio is a documentary: King of Kong: A Fistful of Quarters 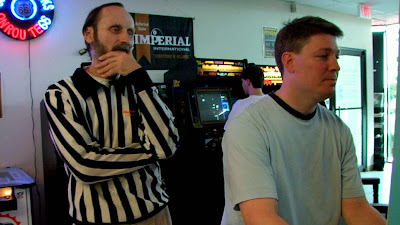 A documentary that follows a guy trying to get the high score on Donkey Kong? Count me out!

Actually, King of Kong has a lot more beneath the surface and, unironically, it's a story of human growth and triumph wrapped in the totally peculiar setting of arcade competition.

In Clio's honor we will be burning: The Act of Killing 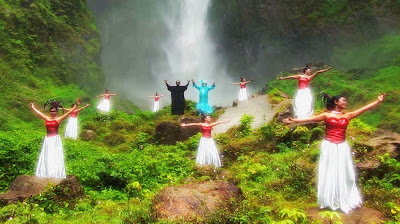 Perhaps not the worst documentary that has ever existed, but the sheer amount of hype it has been getting as a tragic display have driven me over the edge. The Act of Killing promises a hard-hitting and sharply interesting concept (having the perpetrators of the Indonesian genocide produce and star in a film about their exploits) but squanders it with a jumbled mess of footage with no internal connection. The problem is, it could have been so much better than it is in the current state. I just hate to see all the effort go to waste.

Typically depicted with a lyre, Erato is the most aesthetically pleasing of the muses. She has been invoked by Strabo, Virgil, and even Plato.

Our offering to Erato is a romance: Breathless 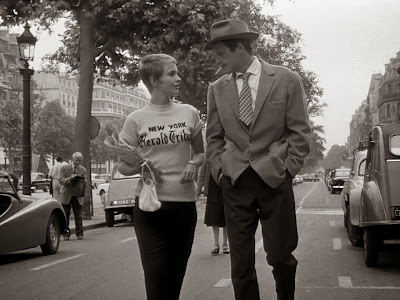 Jean-Luc Godard's New Wave masterpiece is a philosophical and filmmaking gold standard. Godard breaks all the ironclad rules of Hollywood filmmaking (including the idea that you need to have a plot) for a uniquely European romance between an American papergirl and a French criminal. I normally can't stand this kind of stuff, but Breathless has a spark of some otherworldly and sensuous quality that sends it above and beyond anything I've ever seen.

In Erato's honor we will be burning: One Day 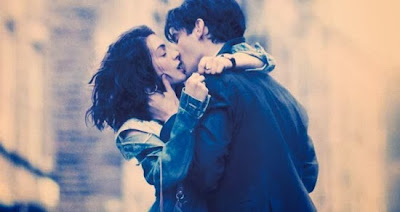 Another waste of a cool concept - visiting the stories of a couple on a single day (July 15th) throughout the years to see where their lives have taken them. And where it has taken them is a flaccid romance with a tangled plot and a totally bonkers ending.

Euterpe, The Muse of Lyric Poetry 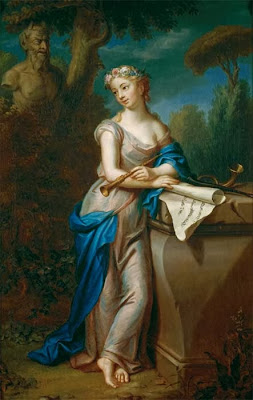 Called the "giver of delight," Euterpe is said to have mother Rhesus, King of Thrace and in some mythologies is credited with the invention of the flute. She is most closely associated with the Poet Pindar.

Our offering to Euterpe is a drama: Dead Again 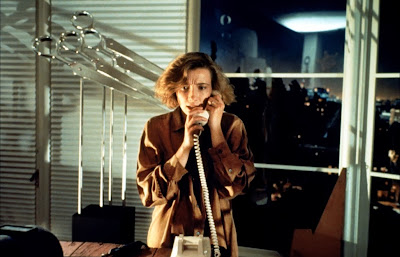 Emma Thompson and Kenneth Branagh play reincarnated lovers in this murder mystery drama that effortlessly slips between paranormal and realistic registers while deftly combining film noir and horror elements in a fabulous cocktail of pure class and energy.

In Euterpe's honor we will be burning: Aguierre, The Wrath of God 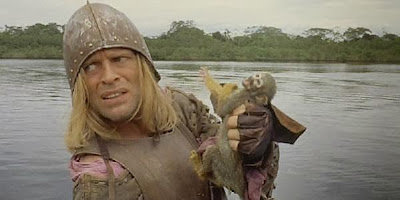 I know, I know. Werner Herzog is a genius, this film depicting one man's descent into madness on the Amazon river is a masterpiece of literal filmmaking. It's also hella boring. It's films like these that make me regret my decision to become a film major. This is the film which one of my classmates praised for being tedious because it "mirrored what the characters were feeling." Whoop dee doo, I'm still not buying it.

Melpomene, The Muse of Tragedy 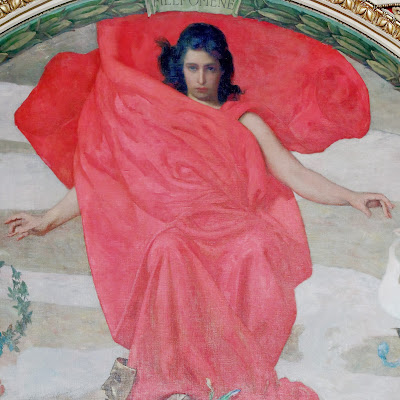 Easily the coolest of the nine Muses, Melpomene is typically depicted in the black boots of tragic actors and carrying a knife or club. She was invoked by Horace for his Odes.

Our offering to Melpomene is a tearjerker: Toy Story 3 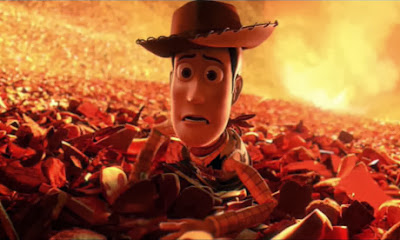 YOU KNOW WHAT I'M TALKING ABOUT HERE.

In Melpomene's honor we will be burning: Romeo + Juliet 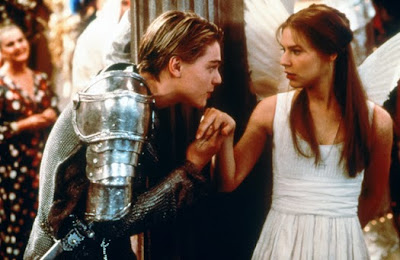 AKA the movie everybody had to watch in freshman year. Baz Luhrmann would eventually make a career out of anachronisms, but his early work in Romeo + Juliet is too far on the hypnotically kaleidoscopically frenzied side of the things. It's an absolute incoherent mess and I couldn't force myself to even sit through the entire thing to the end.

Polyhymnia, The Muse of Song

Typically dressed in a long cloak and veil, Polyhymnia is pensive and serious, as a muse of the ancient hymns might tend to be. She appears in Dante's Divine Comedy.

Our offering to Polyhymnia is a musical: Were the World Mine 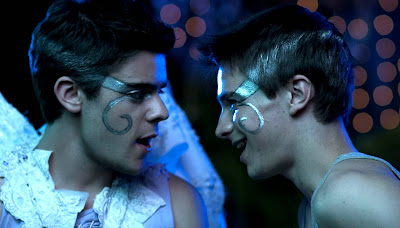 We're talking about a gay movie in which the protagonist learns to accept straight people for who they are along with teaching them tolerance. That is an utterly groundbreaking concept for LGBT filmmaking and the fact that this is an ethereally beautiful musical based on Shakespeare's A Midsummer Night's Dream is just gorgeous icing on the cake.

In Polyhymnia's honor we will be burning: Sgt. Pepper's Lonely Hearts Club Band

The BeeGees and Peter Frampton in a Beatles jukebox musical. What could go wrong?

Everything. Everything. When the producers realized none of the four men could act, they just didn't give them lines. Watching PF&tBGs essentially mime a 90 minute movie while a never-ending parade of embarrassing celebrity cameos slides by (including Steve Martin in an early role, Alice Cooper, and Aerosmith) and excruciatingly on the nose Beatles interpretations play in the background is utter torment. This is the film they play in the multiplexes in the seventh circle of hell.

Terpsichore, The Muse of Dance 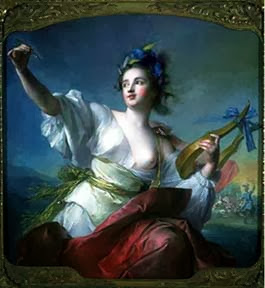 The most engaged muse, Terpsichore is typically depicted holding a lyre to accompany the dancers' choirs. A later medieval invention within her jurisdiction was the Danse Macabre, or the Dance of Death.

(I had to fit this in somewhere) Our offering to Terpsichore is a horror film: The Devil's Backbone 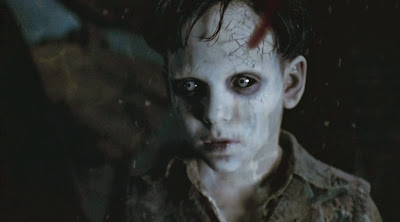 Guillermo del Toro's "little brother" film to his dark fantasy masterpiece Pan's Labyrinth is a terrific film in its own right. In the middle of the Spanish Civil War, the ghost of a young boy haunts the halfway home where he died. It's terrifying, poignant, and deeply symbolic of a nation torn apart.

In Terpsichore's honor we will be burning: Zombie Diaries 2

Any movie that has an eight minute long rape scene that we're obviously expected to enjoy deserves to be melted down. It honestly has more use as a cloud of noxious gas than as a film.

Thalia, The Muse of Comedy 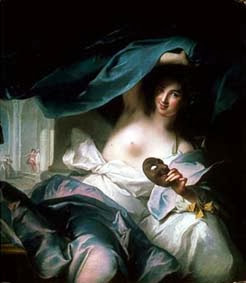 Thalia, the mother of the Korybantes dancers, is usually depicted carrying a comedy mask as a counterpart to Melpomene's usual accessory.

Our offering to Thalia is a comedy: A Fish Called Wanda 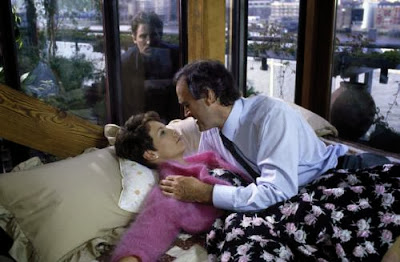 Jamie Lee Curtis is the world's most underrated superstar. Make all the Activia jokes you want, but this woman can do it all. Playing a sleazy con woman opposite John Cleese's uptight barrister, she owns the camera and sparkles bright in a film packed to the gills (geddit?) with great comic actors and moments.

In Thalia's honor we will be burning: You Don't Mess With the Zohan 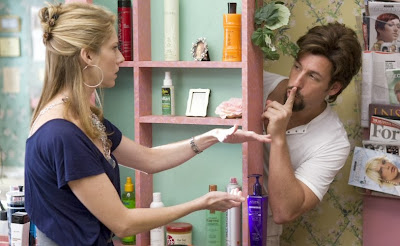 The only movie that has ever caused me physical pain to watch. I don't want to talk about it.

Urania, The Muse of Astronomy 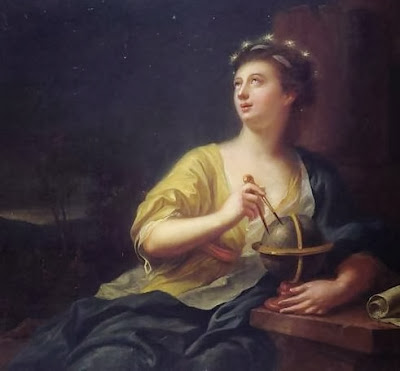 The eldest of her sisters, Urania inherited Zeus' majesty and power and the titans Mnemosyne's beauty and grace. She's also the great granddaughter of Uranus (insert Beavis and Butthead laugh here).

Our offering to Urania is a science fiction film: Gravity 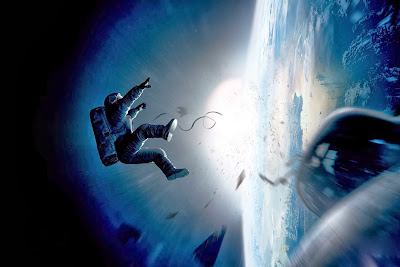 OK, maybe this one has gotten more than enough recognition already. But it's still far and away the best sci-fi movie I've ever seen.

In Urania's honor we will be burning: Dark Star 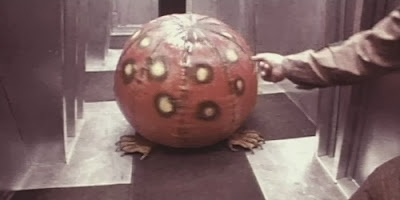 This space comedy directed by John Carpenter and written by Dan O'Bannon (the writer of Alien) contains traces of their future illustrious careers and a couple truly hilarious scenes - the monster attacking the spaceship is a beach ball with legs - but everything in between them is sheer and utter excrement. It failed to garner an audience largely due to being the most boring thing ever committed to celluloid.

So there you have it. Thank you for celebrating my 900th Anniversary, it means the world to me that you've come this far with Popcorn Culture. It's kept me sane in a time of great turmoil and writing is a fantastic outlet for this creative buildup I have going on behind the dam walls of my skull.