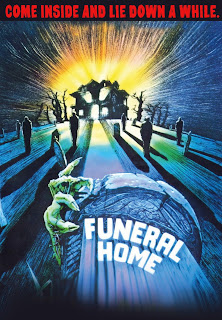 At this point do I even need to tell you that this film's quality is extremely cruddy and low-fi? Can we just take that for granted? OK. It's oversaturated, blurry, grainy, and the music sounds like it's stuck somewhere between Gone With the Wind and Willy Wonka and the Chocolate Factory.

First, an anecdote. I got this DVD for about 3 bucks at Fry's because I am an extremely discriminating individual. When I popped it into Alan, my computer, Alan popped it right back out at me. As it happens, it was a Region 0 DVD. In case you didn't know, every DVD has a region code that shows which part of the world's DVD players it is compatible with. The US code is Region 1 (We're number one! USA!) and there are seven or so other codes that correspond with different sectors of the planet.

Region 0, however is a universal region. Meaning, much like Esperanto, it is useless universally. Macs are hardwired for it to be extremely tough to change regions so I had to scrounge up my old portable DVD player from home before I could even watch this film. And let me tell you, it was not really worth my time. Aw well, that's what you get for toeing the waters of forgotten 80's horror.

A saving grace: This is a Canadian film so at least it works better than its spiritual forebear, Silent Scream.

More on that later.

Funeral Home follows the "adventures" of the "character" Heather (Lesleh Donaldson, aka the girl who dies in the first ten minutes of Happy Birthday to Me) as she helps her stout and matronly grandmother, Maude Chalmers (Kay Hawtrey, who has minor roles in Videodrome and Urban Legend, both of which I'd rather be watching), convert her old funeral home into a sort of bed and breakfast. After her grandfather Mysteriously Disappeared, the business went downhill and Maude needs to rake in a little cash. 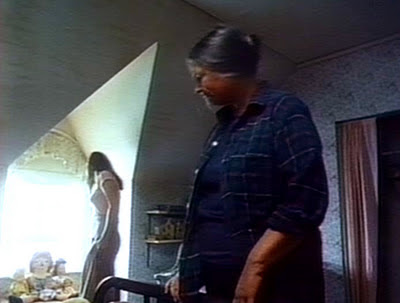 Heather (whose only description on the back of the DVD box is "easily frightened," and I can't argue that there's any more to her than that) slowly discovers that her grandma is not all there, frequently talking about things her religious grandfather would disapprove of as if he were still alive and with her today. Almost as if he were hiding in, say, the basement, where she frequently slips away in the dead of night to have whispered conversations.

Also on hand are Billy (Stephen E. Miller, who we will later revisit in The Stepfather), the mentally handicapped and sexually frustrated groundskeeper, and Rick (Dean Garbett of literally nothing else), the young swain who lives nearby and inexplicably finds Heather interesting. Let me commend the filmmakers for not turning Billy into a hideously grotesque stereotype, opting to keep him as a mildly uncomfortable one.

So with the religious and unstable Maude, the lonely and confused Billy, and the angry whispers from the basement, we can get the ball rolling! But first, some nothing. 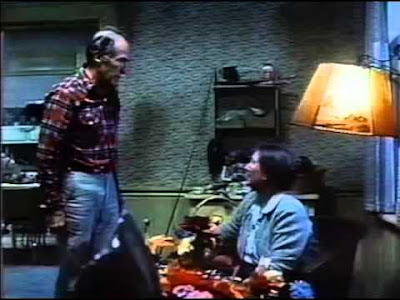 I'd much rather watch this scene than somebody getting cleavered in the face. Totally.

Heather wanders around the funeral home like Dorothy in Oz (another character aptly compares her to Alice in Wonderland) being scared by black cats and coffins and leering groundskeepers. When a door-to-door salesman and his mistress (Harvey Atkin and Peggy Mahon) come to town, they liven things up  by being uniquely acidic and horrible people. They go around being mean to everyone (except for one scene where the mistress goes apesh!t over some flowers and squeals like a little girl) until Maude discovers they've been "living in sin."

She asks them to leave but they refuse. They won't leave, and Grandfather would definitely not approve of this. To add the cherry on top, the mistress teases Billy in ways that only a sociopath could dream up, so there's enough ire to go around for all three of the potential killers. It doesn't help that she's Fran Drescher's evil twin.

But that mystery will have to wait so we can watch a brawl at a barn dance.

Eventually, they are killed when their car is shoved into a quarry. 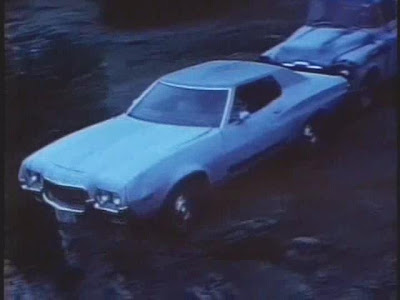 This is half of the body count right here.

Back to the barn dance thing. The plot of Funeral Home is not so much a sustained narrative as a collection of events, like colorful glass beads on a bracelet. Whereas in a real person story, the situations rise from the characters and their reactions to the world around them, the plot demands that the characters bend and twist to its demands (insofar as this film has "plot" and "characters"). Rick gets the brunt of it, teleporting across town at will to be there when important events go down.

Combine this with a bumbling cop narrative straight out of the weird hillbilly subplot from Last House on the Left and you've got, well, a fairly typical 1980 slasher film. Rick's brother Joe (Alf Humphreys) is new on the police force and doesn't get the respect he deserves as a native son of the small town. As he stumbles into cow pies and fumbles around interrogations, I can't help but wonder if David Arquette's character from Scream might be a little bit based on him.

Things trundle along and a black cat attempts to be symbolic. 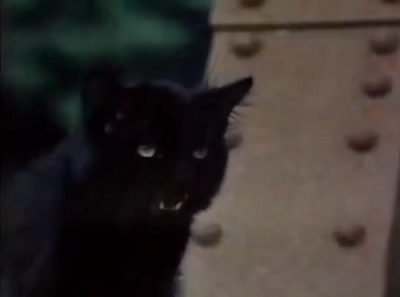 Another tenant, Mr. Davis (Barry Morse) is suspicious of Mrs. Chalmers and he is bumped off quietly in the night as he investigates his wife's disappearance in that very same funeral home.

Things build to a climax as Billy is murdered during a basement investigation and Heather whimpers in a corner as Maude goes a little axe-crazy. This is actually pretty boring save for one shot in the end. Oh, also guess what. Surprise of the century! Maude was the killer! The grandfather in the basement was.... 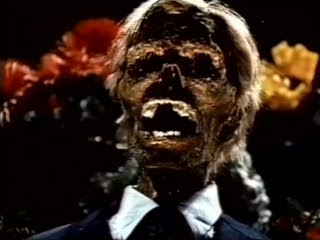 Evidently Grandpa was sleeping around with Mr. Davis' wife and Maude quite rightly took an axe to them both and kept her husband in the basement so she wouldn't be lonely. So here we have a bland slasher film with a paucity of deaths that's really just another riff on Silent Scream which was just a riff on Psycho.

It's all there. The deranged matronly caretaker of a run-down guest home. The corpse in the basement. The killer pretending to be somebody else due to... Psychosis.

It's not really that interesting.

The Final Girl is a damp dishtowel who whimpers behind a coffin in the basement as her boyfriend is beaten and resigns to her fate, just burying her face in her arms as the axe is raised above her. Disgraceful. Heather is one of the few Final Girls that lends credence to the hard-to-dispute theory that slasher movies were intensely misogynistic.

Luckily Donaldson got something more interesting to do in Happy Birthday to Me, another Canadian product, so she could redeem herself from this travesty of a character. 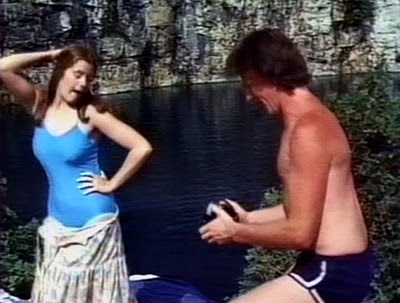 Unless you want to check out this sexy swimsuit scene.

Killer: Maude Chalmers (Kay Hawtry)
Final Girl: Heather (Lesleh Donaldson)
Best Kill: Billy is stabbed with an embalming needle.
Sign of the Times: Rick's shorts are even shorter than Heather's.
Scariest Moment: Maude raising the axe as a hanging lamp swings wildly - the only even slightly scary or off-putting moment in the film.
Weirdest Moment: After Maude snaps and destroys everything in the basement with an axe in her pursuit of Heather, the police run in, calm her down, and they all go for a cup of tea.
Champion Dialogue: "He was just playing mean... and he had a bad drinking problem too."
Body Count: 4
TL;DR: Funeral Home is just another thin manifestation of the ghost of Psycho.
Rating: 3/10
Word Count: 1404
Also sprach Brennan at 10:32 AM